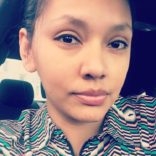 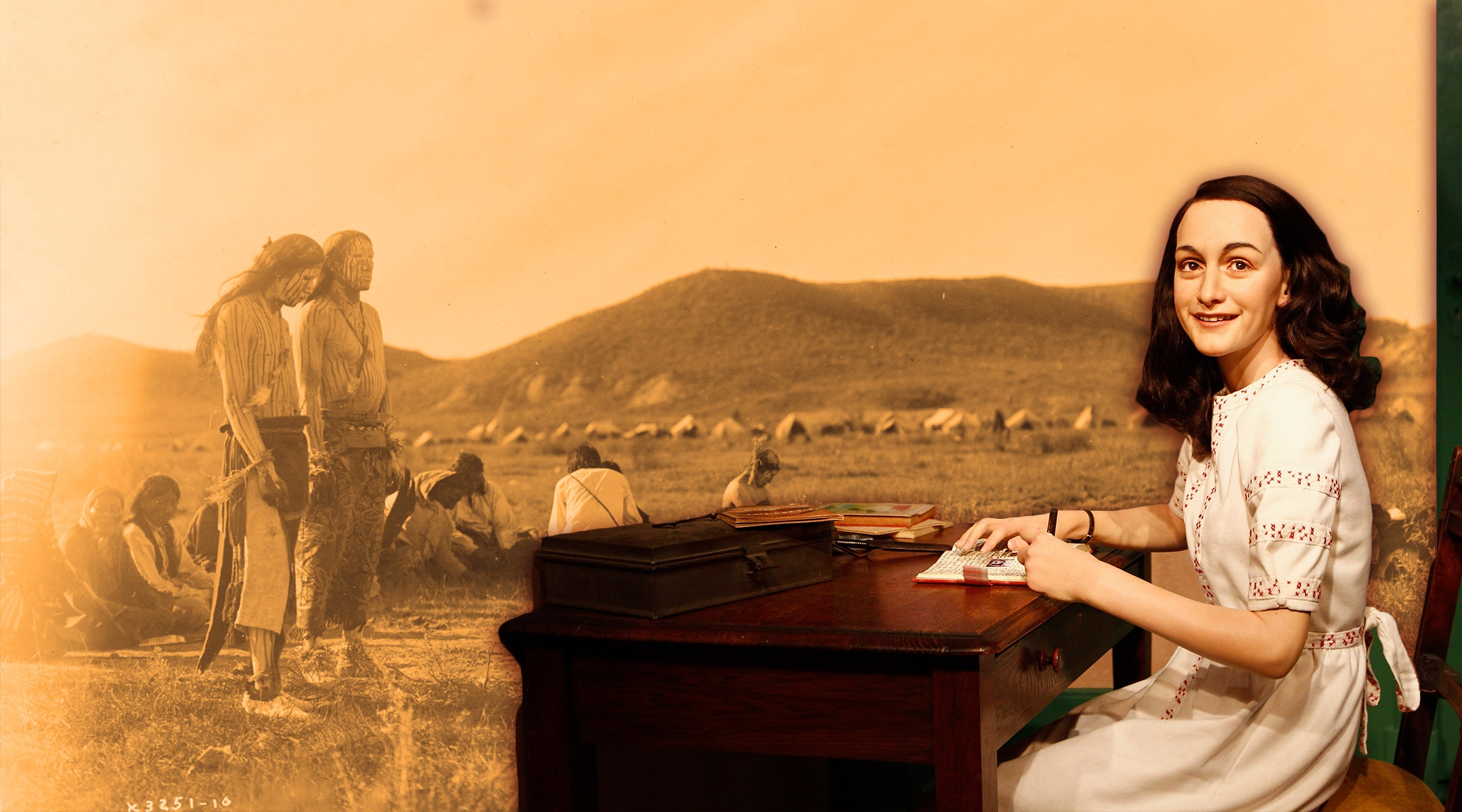 Cheyenne people gathered in open area for a Sun Dance ceremony; several tents and hills are in background, 1910. Reading "The Diary of Anne Frank" helped Angelina Newsom connect to her Native American people's own history of being victims of genocide. (Buyenlarge/Getty Images)
Advertisement

RÜSSELSHEIM, Germany (JTA) – Growing up on my small Indian reservation in Montana, I enjoyed a sense of security I wouldn’t fully appreciate or understand until adulthood. Surrounded by friends and family, the outside world was inconsequential. Being fully aware of my heritage and Northern Cheyenne ancestry meant I was firmly rooted in my identity. It also meant I had extensive knowledge about my ancestors and the atrocities committed against them.

I come from a family of avid readers, and when I was around 10 years old, my mother suggested a book she had just finished. Cozying up on our couch, I began reading “Anne Frank: The Diary of a Young Girl.” Reading this book would spark my interest in attempting to understand how humanity could allow genocide to happen.

Throughout my years of schooling, Nazi Germany became a topic of interest. Anne Frank always remained in the back of my mind. Had Jews suffered a fate similar to that of my ancestors?

I became interested in learning as much as I could about the Holocaust. Like many Americans, my knowledge was limited to movies and sanitized history lessons in school.

In my teenage years, I discovered the reality of what awaited outside the comfort of my community when I picked a flower next to a sidewalk I was walking on. An angry white man burst through his front door and yelled, “If you’re going to behave this way, go back to the reservation!”

Another time, I was at an Independence Day celebration in the town next to mine when a middle-aged white man approached me with alcohol on his breath. He asked if I had seen a white bicycle that had been removed from the back of his pickup truck. I hadn’t, and he requested that I keep an eye out for it on the reservation.

After high school, I decided to enlist in the Army because I wanted to experience life outside my safety net. While on my first military assignment in Germany, I took the opportunity to visit the Dachau Concentration Camp Memorial. Down the street from a McDonald’s and tucked away amid modern city life stood a testament to humanity’s worst sin. I would visit Dachau twice, and each time a single thought occurred to me: How different would my life be if this much documentation existed chronicling the genocide of my ancestors?

Pulitzer Prize-winning historian John Toland wrote a book titled “Adolf Hitler” in which he claimed Hitler studied the treatment of America’s Indians – specifically the Bosque Redondo concentration camp, where the U.S. military imprisoned 9,500 Navajo and Apache. Between 1863 and 1866, the U.S. government carried out its “manifest destiny” plans, declaring Indian lands illegitimate and up for grabs to settlers. To deal with the “Navajo problem,” the U.S. military – with the help of enemy tribes – rounded up Navajo and Apache people and forced them to march 400 miles to Bosque Redondo.

Unlike many Indigenous nations in the United States, the Navajo were given the right of return to their ancestral homelands. Following the liberation of Jews from concentration camps at the end of World War II, many fled to Israel. Zionism offered Jews protection they had lacked for thousands of years.

Beyond the Holocaust, I had little knowledge of Jews. It wasn’t until recently that I began to learn about diversity within the Jewish community. Thanks to social media, I began following Jewish conversations and made friends who further educated me on Jewish culture, beliefs, nationalities, history and colors.

While many Americans argue otherwise, racism and anti-Semitism are alive and well in the United States. Since the election of President Donald Trump, the country has seen a resurgence. Synagogues have been shot up, Jewish cemeteries desecrated and anti-Semitic rhetoric from both sides of the aisle has ensued. There has also been an uptick of anti-Native American slurs and sentiment.

Bickering politicians have mainstreamed much of this. It’s now normal to see the names of historical Native American figures as insults. Political discourse has even stooped to propagating anti-Semitic tropes that Jews control politics with their money.

The Native American and Jewish communities face much of the same discrimination, both historically and currently. Both face generational trauma. It makes sense that I would find allies within the Jewish community who have also advocated on behalf of Native Americans. Though our journeys are vastly different, finding fellowship with my Jewish friends has offered healing through understanding.

Angelina Newsom
is a freelance writer based in Germany, where she explores topics in politics and culture. As a Native American woman and veteran of the US Army, she draws from those experiences to navigate issues facing marginalized communities. She has previously served in Afghanistan and is an advocate for refugees and human rights.
The views and opinions expressed in this article are those of the author and do not necessarily reflect the views of JTA or its parent company, 70 Faces Media.