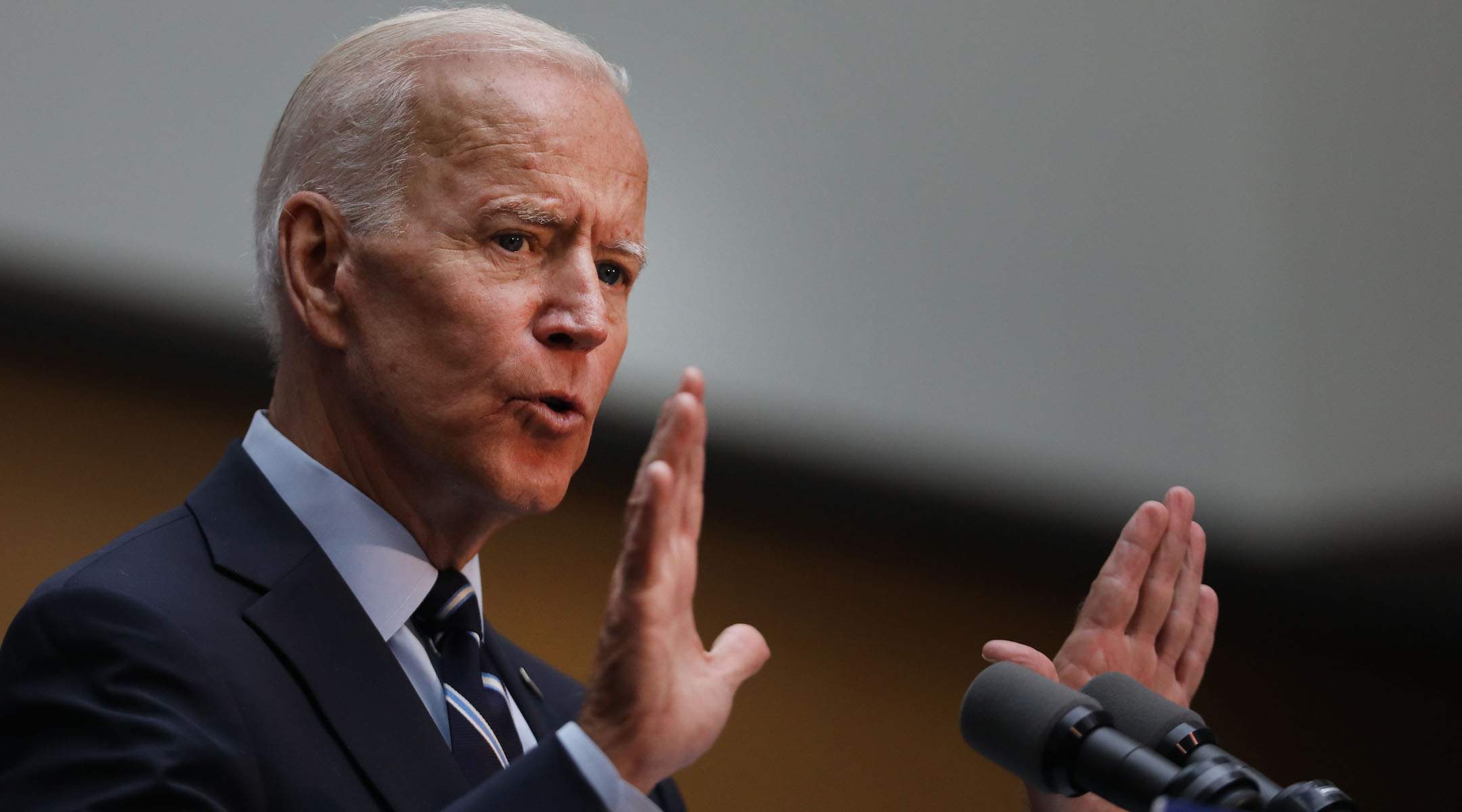 (JTA) — Joe Biden said that Israel’s occupation a “real” and “significant” problem, but would not go as far to say it is a “human rights crisis.”

At a campaign event Friday in Dover, New Hampshire, the leading Democratic presidential candidate was asked the human rights crisis question by an activist who also asked if Biden would pressure Israel to end the occupation should he win the presidency.

Biden first responded by saying that Israeli settlements are “unnecessary.”

“The only answer is a two-state solution No. 1, No. 2 the Palestinians have to step up, too, and be prepared to stop the hate that has caused, so it’s a two-way street,” he added.

When Biden was asked if he would “pressure Israel to end the occupation as president,” he responded: “The answer, do you know anything about my record?”

When the activist responded in the affirmative, Biden said “Then you know I have.”

Elias Newman, a member of theIfNotNow Jewish anti-occupation movement, later said in a statement that Biden has taken “a step in the right direction.”

On Monday, Axios published a list of responses from Democratic presidential candidates on whether they’d move the U.S. embassy in Israel back to Tel Aviv from Jerusalem. Biden said he would not, but added that he would “re-open our consulate in East Jerusalem to engage the Palestinians.”

Fellow 2020 contenders Pete Buttigieg and Cory Booker were also approached by IfNotNow activists over the weekend on the campaign trail in New Hampshire.

In a video posted Sunday by IfNotNow, Booker was asked whether he is “ok” with the occupation and the treatment of Palestinian children being held in Israeli prisons.

“I’m sorry you think I’m ok with that, I’m not,” Booker told the activist. “I will continue to do everything I can to address this issue.”

The activist pressed the New Jersey senator to call the occupation a human rights crisis, but he refused to do so, saying that’s he’s working on the issue.

“If that’s your issue, I would understand if you want to support somebody else,” he said.

On Friday in Laconia, Buttigieg said that “The occupation must end.”

The mayor of South Bend, Indiana, added that there is starting to be an “awareness that in the same way that you can be pro-America without that meaning you got to support our president, you can care about Israel’s future and believe in the U.S. relationship and alliance with Israel without being on board with right-wing policies by the Netanyahu government.”

IfNotNow which does not take a position on whether Israel should exist as a Jewish state, announced last month that it hired six full-time fellows to live in New Hampshire and spend the summer publicly confronting candidates during their events.

The group has raised its profile over the last year by protesting Birthright Israel in various ways, including walking off its free 10-day trips to Israel.