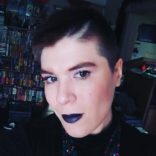 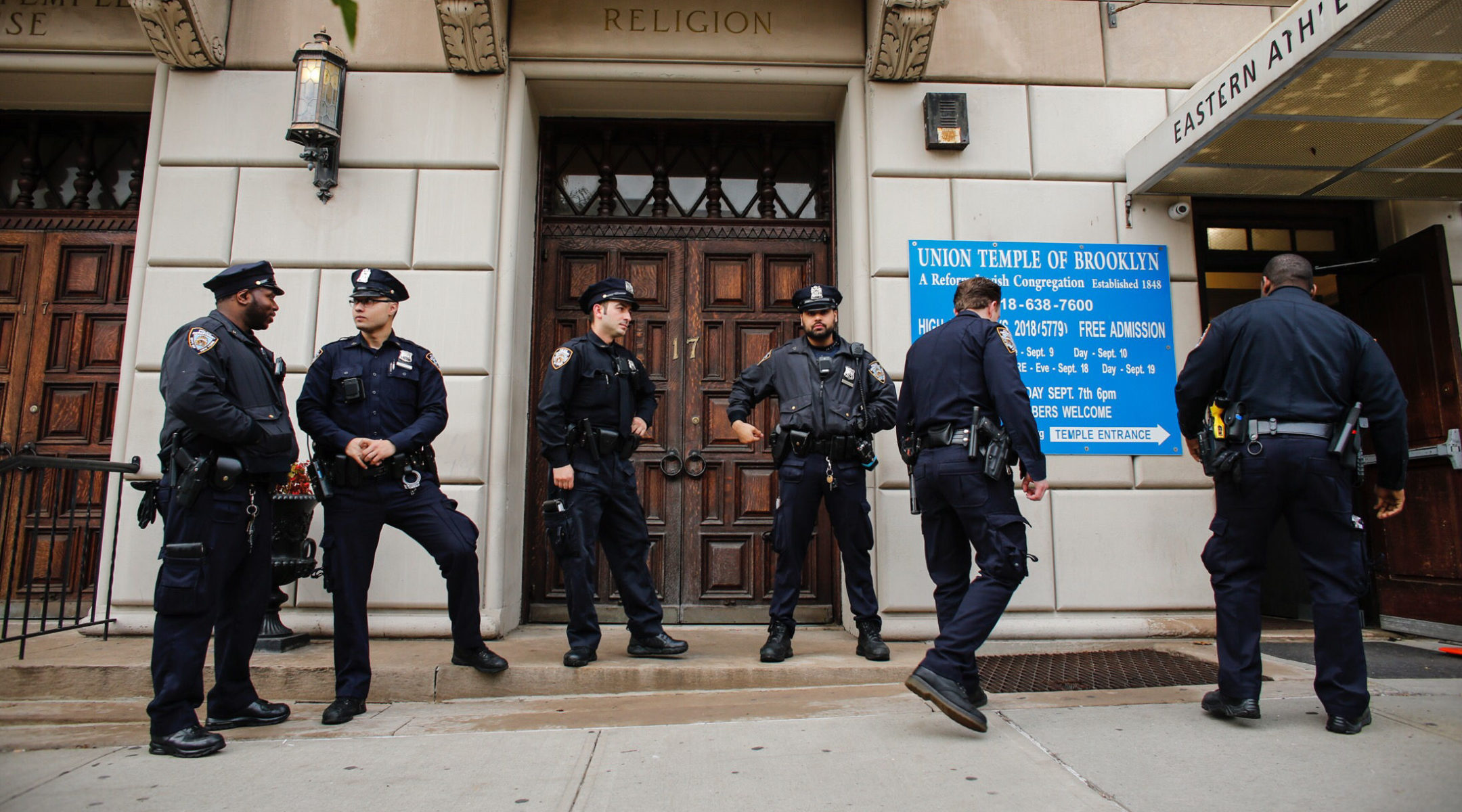 CHICAGO (JTA) – When I turned on my phone after spending a recent Shabbat relaxing with my family on vacation, it beeped with a string of messages, each more stressful than the last.

A group of friends in Grand Rapids, Michigan, had organized a march protesting police brutality against the LGBT community and the police presence at the local Pride festival.

Police had arrested two people, and a Jewish friend had their knee smashed by a bicycle cop. My normal “catch up on what everyone has been talking about for 25 hours” period was spent looking through panicked posts of people describing injuries, trying to figure out the logistics of bail and jail support, and helping plan a community response to police brutality.

The day before, local police arrested a 12-year-old boy who was running with a stick, and the department previously garnered national attention after a police captain asked ICE to investigate a man who turned out to be a U.S. citizen and a disabled Marine veteran. I angrily posted on my social media feed that I didn’t want to see another cop car parked in my shul parking lot.

The fact that synagogues and other Jewish spaces must have contact with an alphabet soup of local, state and federal law enforcement agencies is seen as a given. There are many people who actively seek to harm Jews for daring to be Jewish in public, and we need to protect ourselves.

However, how am I supposed to be able to trust that the same cops who brutalize marginalized communities truly care about my safety?

In June, Reveal News released a scathing investigation which found that hundreds of police officers across the United States were active members of a network of white supremacist Facebook groups that shared racist, anti-Semitic and Islamaphobic memes. Seventy-two police officers in Philadelphia were placed on administrative leave after an investigation by the Plain View Project found racist posts and threats of violence from officers on Facebook.

In 2006, the FBI expressed concern that white nationalist groups were actively attempting to infiltrate police departments. We need to take seriously the fact that the threat of white nationalist violence could be coming from within the systems we depend on to protect us.

Historically, Jews have had an adversarial relationship at times with police. Police arrested hundreds of Jewish women during the 1909 garment workers strike. The classic Yiddish anarchist song “In Ale Gasn” (Everywhere You Look) includes the jubilant chorus “Hey hey, daloy poliezei” (down with the police).

In 2018, 14 Jews were arrested shortly after the Tree of Life shooting for protesting a Republican club in New York that had hosted the white nationalist group the Proud Boys. More recently, Jewish activists protesting the mistreatment of asylum seekers in detention camps run by ICE and CBP have been arrested at actions across the country. Livestream footage from a protest in Washington, D.C., showed police shoving protesters and attempting to drive police vehicles through a crowd of protesters.

How can we uphold the commandment to care for the stranger when our religious schools hold contracts with the Department of Homeland Security, which is currently rounding up and caging children seeking asylum from unspeakable atrocities in Central America? Why do we even bother wondering why our communities aren’t more diverse when black and Latinx Jews, LGBT Jews, undocumented Jews and disabled Jews are not going to feel safe in spaces with a police officer guarding the door?

We need to see the cop car in the shul parking lot as a sign that the greater community has failed to protect us. If we had a functioning safety apparatus in place, people planning on violently terrorizing Jews would be apprehended before they ever reach a synagogue.

Cop cars in the parking lot, like the rituals we endure to fly on a plane, are simply meaningless security theater that do nothing but make us feel safe. The safety concerns facing the entire Jewish community, both in Israel and the Diaspora, are serious. But police departments that injure Jews, retaliate against community demands for accountability, kill children, give Nazis safe passage to harass people at Pride and invest $650,000 in ensuring that members of white nationalist groups can gather safely without having to face the slightest bit of accountability from the greater community are not the answer.

I don’t have an 18-point plan for alternative systems to police providing synagogue security, but we have to at least start having a conversation about next steps. What if rabbis and synagogues used their social clout and long-standing relationships with police departments to start having difficult discussions about police brutality and ensuring departments have systems in place to remove racist and anti-Semitic officers? What if departments and police unions didn’t assume that criticisms or demands for accountability were being made in bad faith?

A good first step for our communities would be viewing the police as only one small component of synagogue security, along with partnering with existing organizations envisioning alternatives to police. Many racial justice and immigration advocacy groups already have trained crowd safety teams that are providing security and accompaniment to vulnerable groups.

My friend was still experiencing so much pain in their leg weeks after being assaulted by an officer that they could no longer walk to synagogue on Shabbat. Instead of keeping them safe from threats to the community, local police have made it more difficult for them to participate in communal Jewish life. At this point, having to see a police car in the synagogue parking lot would only add insult to injury.

Elena Gormley
is a writer, community organizer, Jewish educator, and a Masters of Social Work candidate at the University of Illinois at Chicago Jane Addams College of Social Work.
The views and opinions expressed in this article are those of the author and do not necessarily reflect the views of JTA or its parent company, 70 Faces Media.