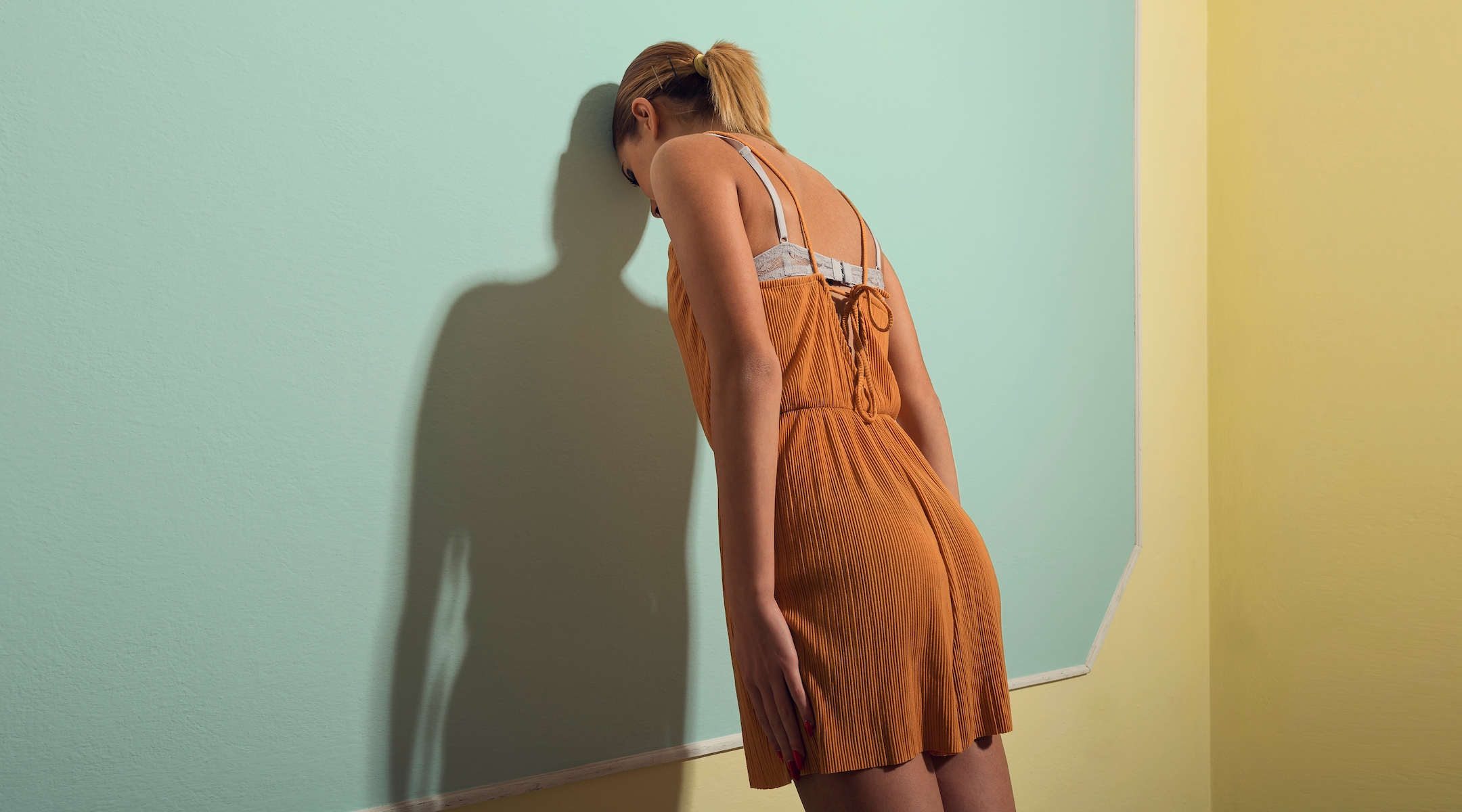 I almost walked out of my first college Shabbat. Not only did I miss the close Jewish community from high school, but I also remained convinced that my new peers would view me as a “fake” Jew. Why?

Because my mother isn’t Jewish. Only my father is. I feared saying that openly would evoke chuckles from my peers as well as staff and automatically place me into a category of “second-class Jew,” something I’d encountered in the past. So I avoided the topic of my parents altogether.

It’s because of my non-Jewish matriarch that I realized how women in many ways are at the core of our tradition. After all, though Abraham sacrificed Isaac, it was Sarah who, after much trouble, gave birth to him. The centrality of women, particularly via motherhood, continues today. Rabbinic Judaism, in fact, traditionally recognized only children born to Jewish mothers as Jewish. The father could not confer halachic Jewish status, only tribal affiliation.

Born in the mid-’90s, I am not part of the first generation of Jews to be the product of an interfaith union. I am, however, part of the cohort who struggles to find their place in the Jewish world today. I remember driving home from large family holiday parties where we decorated cookies for Santa, only to detour through the Jewish neighborhood to admire the many menorahs and grab some Chinese takeout. I was a mash-up child in an interfaith family, and who I was, and how I celebrated, was normal.

Until it wasn’t. Seventh grade rolled around, and I attended b’nei mitzvah after b’nei mitzvah, waiting in anticipation for mine. It never came. The ritual was too one-sided, my parents told me when I asked why I wasn’t having one. To have a bat mitzvah would be choosing my father’s traditions over my mother’s.

This push and pull over my two identities continued on as a young adult.

Though many Jews from all backgrounds doubt if they’re Jewish “enough” based on practice, for myself, and for my patrilineal peers, it’s an issue of identity as much as belonging. Patrilineal Jews are welcomed in many congregations as long as they are Reform, Reconstructionist, Renewal and/or Humanist. These groups recognize our Jewish identity and welcome us as Jews — not as almost Jews or, even more insultingly, as non-Jews. Remaining in these communities are comfortable and safe.

Yet for those like myself, who have found homes in more observant communities or venture out into the non-American Jewish world, our Jewishness is always in question.

I am an enthusiastic and active Jew. I speak and read decent Hebrew. I attend synagogue for Kabbalat Shabbat almost weekly and am often at Saturday services, too. I study the Torah portion each week. I studied abroad in Jerusalem during college, and I’ve even thought about becoming a rabbi.

Yet I still needed to take an extra step to prove to the wider Jewish community that I’m a Jew.

So after nearly eight years of reflection and unease over being “just” patrilineal, I decided to affirm my Jewish identity according to Jewish law. As college ticked away and the greater Jewish world followed, I wanted all doors to be open.

During my senior year, I affirmed my Jewish identity by going through what was, at its core, a conversion process through the Conservative movement. I had an incredible beit din made up of rabbis sympathetic to my status issue who wanted to support me. They recognized my desire to stop skirting around my Jewish status, longing to be recognized as a Jew in more spaces.

On mikvah day, I walked into synagogue knowing that the next time I attended services, I would be able to do something as simple as receive an aliyah, an honor. As I immersed, I thought about the many gifts and lessons that I’ve received from both of my parents. I thought of the numerous Jews who had come before me who held complex Jewish identities. I thought of how we honor converts such as Ruth, but fail to speak about the many men married to non-Jewish women who chose not to become Jewish but play a role in fostering Jewish identity. I thought about how I shouldn’t really need to dip in the mikvah at all, while at the same time being grateful for the opportunity to push away my past insecurities.

And I thought about how much further we as a community still need to go.

Patrilineal recognition by certain strands of Judaism was the beginning of this movement, but cannot be the end. There are too many Jews like myself who find, and make, our homes in congregations that require us to convert or affirm our identities to truly belong. And there are too many Jews who, facing this predicament, decide to leave the community altogether.

Jews raised in interfaith homes have proven time and again that we’re not disinterested in living Jewish lives, but it’s too often a challenge for us to feel welcomed as we are rather than as we could be. What we need from the Jewish world is to be treated with respect and, when necessary, given the opportunity to become a part of a community in a compassionate and caring way rather than have our entire Jewish experience called into question.

I never questioned if I belonged to the Jewish people. Just as Jacob wrestled with the angel, wrestling with what it means to be Jewish seemed, and continues to seem, a natural part of my life as a Jew. I’ll admit, sometimes I wish that my mother had converted to Judaism before I was born, or that I had been converted as a child, so that this could have all been avoided. But that inkling is exactly that — a wish. I cannot reshape the past, though I can control how it shapes my future.

I am the Jew I am today because of both my parents, one Jewish, one not. They have shown me the many commonalities between Jews and non-Jews and inspired my commitment to interfaith work. Whenever I’m in synagogue reading the names of the matriarchs and patriarchs, I think of my mother as well as my father. I’m lucky to be inspired by their lives, in all its difficulties and blessings. I just wish the rest of the Jewish community could see that, too.