What the Pew report got wrong about religious restrictions in Israel 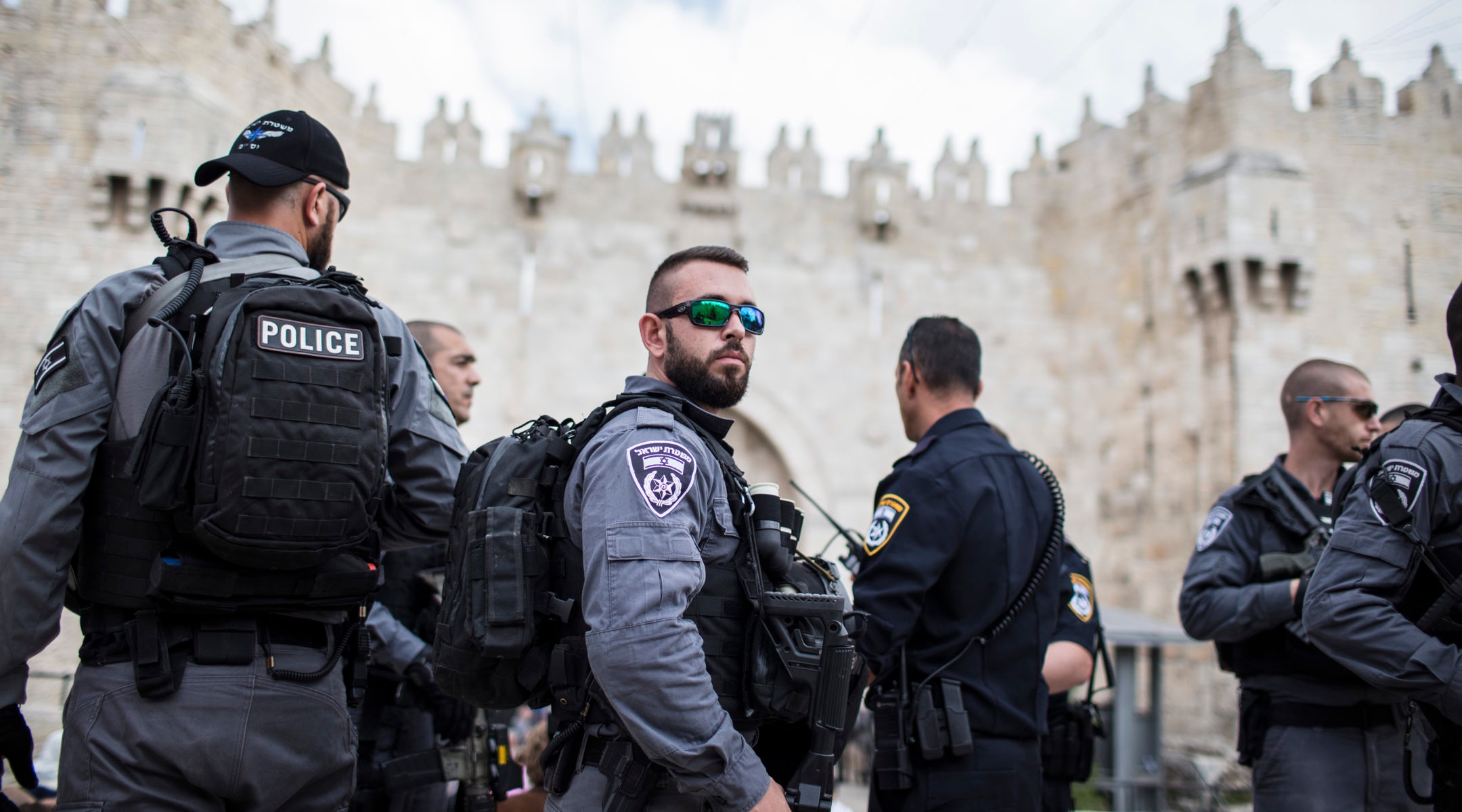 Israeli policemen take their positions during a march by Jewish boys from the Damascus Gate to the Western Wall to mark the 51st anniversary of the reunification of Jerusalem, May 13, 2018. (Ilia Yefimovich/Getty Images)
Advertisement

NEW YORK (JTA) – A recently released Pew Research Center report about global restrictions on religion focuses mostly on discrimination against, and the persecution of, various religious groups in different countries. Jews are prominent targets as always, “harassed in 87 countries … the third-highest figure for any religion.”

But the report also turns a spotlight on Israel, yielding headlines like the Jewish Telegraphic Agency’s “Israel has almost as many religious restrictions as Iran.” The headline and the report beneath it were picked up by myriad media.

But the Pew report, by not differentiating between the types of “religious restrictions” or “hostilities,” might lead readers to false conclusions.

The report ranks Israel’s “social hostilities related to religious norms” as “very high,” following more than two dozen countries in the “very high” category like China and Iran, and its “governmental restrictions” on religion as “high,” behind countries such as Afghanistan, Iraq and Kuwait.

Pew also cites Israel as having the sixth highest level of “interreligious tension and violence,” presumably referring to Arab Muslim attacks on Jews and vice-versa.

When Israel is placed in the company of such countries, an uninformed reader might be led to imagine Israel as a violent Jewish theocracy, with rival religious groups shooting it out on the streets of Jerusalem, the mass repression of non-Jewish citizens and the jailing of people for practicing their faiths. But no such things were cited, of course, since no such things actually happen.

The only specific description of religious restrictions that happen in Israel contained in the 126-page report was a single sentence: “In Israel, drivers who operated cars near ultra-Orthodox Jewish neighborhoods on the Sabbath reported incidents of harassment, including name-calling and spitting, by ultra-Orthodox residents.”

Such rude behavior should be beneath any Jew, certainly any Jew claiming to be religious. But such behavior, not sanctioned in any way by the state or the rabbinate, does not merit Israel’s inclusion among a list of countries where religious minorities are interned, as in China, or where police have raided religious minorities’ homes and places of worship, as in Iran, or where the Islamic State is currently active.

Decades ago, when I was studying in a yeshiva in such a neighborhood, Israelis who were not Sabbath observant would sometimes purposely drive through the main street, where people were enjoying peaceful Sabbath strolls, seeking to goad the locals. No one was spat upon, but angry calls of “Shabbos!” were indeed shouted at the visitors. The late Bostoner Rebbe, Rabbi Levi Yitzchak Horowitz, once told a writer that “Shabbos” was not a word ever meant to be shouted.

But even ill-mannered reactions to provocations are hardly the stuff of “religious hostility.”

As to “governmental restrictions on religion,” the report makes reference to the fact that “all countries in [the Middle East] defer in some way to religious authorities or doctrines on legal issues.”

In Israel, this refers to the fact that the haredi Orthodox Chief Rabbinate sets the terms of official religious life and Jewish personal status, from determining whether or not a certain restaurant is kosher to whether or not two individuals can marry there. Marriages of any sort that take place outside the country, though, are legally recognized, leading some Israelis to take quick trips to Cyprus to obtain marriage licenses.

There is indeed opposition among some Israelis to the power afforded the country’s official Rabbinate in matters of Jewish personal status. But many Jewish Israelis – a majority of whom are either haredi (“ultra-Orthodox”), dati (nationalist religious) or “traditional” Jews – accept the need for a single, central standard-bearer regarding conversion, marriage and divorce.

“Why,” they ask, “should Reform, Conservative, Reconstructionist or Humanistic Jewish rituals not enjoy the same respect in Israel as Orthodox ones?”

From a non-Orthodox perspective, it’s an entirely valid question. And we Orthodox Jews need to understand why fellow Jews are so hurt by the Chief Rabbinate’s approach to personal status issues.

But there’s something non-Orthodox Jews also need to understand: The Chief Rabbinate’s position doesn’t stem from any animus (despite some uncouth comments by Israeli politicians and rabbis who seem to have never met a Jewishly committed non-Orthodox Jew). It stems from a commitment to the religious laws that have preserved the Jewish nation for millennia.

When it comes to some issues, unfortunately, accommodating both sides simply isn’t possible. But what’s always possible, and vital here, is for each side to make an honest effort to at least understand the other.

Pew’s deep dive into global religious restrictions is an important endeavor, but more context is necessary to understand what it shows about Israel. If nothing else, its report should inspire us to work toward understanding one another, despite our deep disagreements.