Video by Brazilian-Israeli kids celebrates their roots in 2 countries 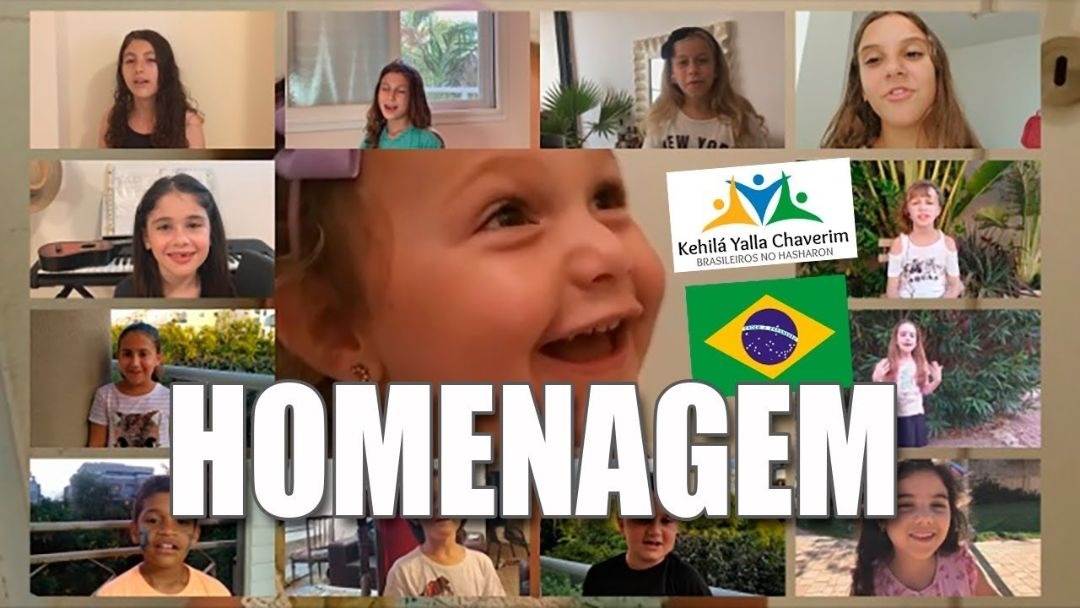 A video of Brazilian-Israeli children and youths singing a new Israeli hit song with a message of unity and love for Israel is reaching far beyond the Brazilian community in Israel. (Rafael Guanabara)
Advertisement

Some 60 children aged 2 to 19, all members of the Brazilian community in Israel, sing parts in a homemade version of the Israeli hit “Shevet Achim Ve Achayot.” More than 3,000 viewers have seen it since Saturday night.

“Not in our dreams we would expect such huge acceptance. We believed that the views would be restricted to families and some members of our local Brazilian community. Never thousands,” said Marcos Homsani, one of the clip originators, who moved to Israel from Rio de Janeiro with his family in 2017.

The video celebrates the third anniversary of the Kehila Yalla Chaverim, a community of Brazilian expats that includes some 300 families in Israel’s Sharon region, including the cities of Raanana, Kfar Saba, Hod Hasharon and Netanya, the largest concentration of Brazilian immigrants in Israel.

The clip made headlines in the local press and was publicized by the Raanana municipality on its social media channels. Brazilian-Jewish media outlets, the Israeli Embassy and the Jewish Agency in Brazil all promoted the video

Flavia Ciobotariu is the mother of 2-year-old Ilana, the youngest of the children who participated. The toddler became a sort of mascot after starring in the video’s finale, saying words in her baby voice that in the original version are read by Israel’s president, Reuven Rivlin.

“We fell in love with the project from day one. My husband and I were totally amazed when we saw that Ilana closed the clip in a such a cute way,” Ciobotariu said. Ilana was less than a year old when the family moved from Sao Paulo to Israel in 2017.

The song, with a melody by Idan Raichel and a message of unity among Israelis (“We are the flowers, the melodies / A tribe of brothers and sisters,” goes the chorus), has become an anthem in Israel since its launch on the country’s 71st Independence Day. The clip’s original version has more than 20 million views. It was sung by more than 30 famous Israeli artists and performers, who recorded their parts on smartphones with different Israeli landscapes in the background.

A few weeks ago, over 100 Taglit-Birthright Israel participants also recorded an English-language version of the song also featuring 30 locations across Israel.