My interfaith relationship renewed my connection to Judaism 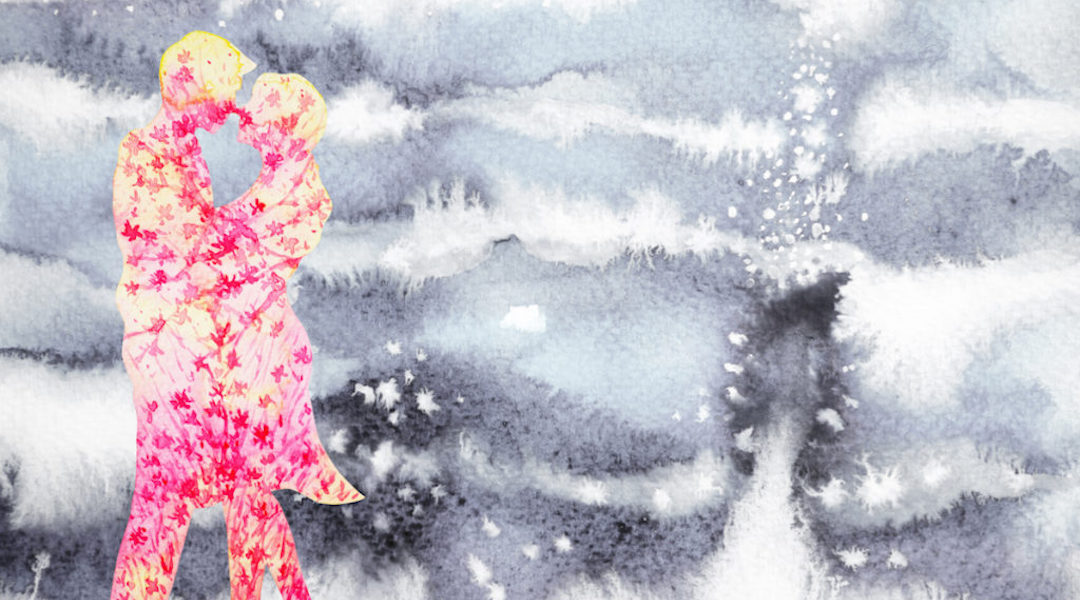 Rafi Peretz, Israel’s Minister of Education, recently claimed in a cabinet meeting that interfaith marriages in the United States are “a second Holocaust,” according to the Jewish Telegraphic Agency. Besides that being point-blank unbelievably offensive to the actual six million Jewish people murdered by genocide, it just isn’t true.

Intermarriage has increased the past couple of decades, but so has identifying as Jewish for children who have been raised in interfaith households, according to the Pew Research Center’s 2013 survey of U.S. Jews. So while some may hold an antiquated opinion and remain fearful of interfaith marriages and relationships, stats have shown it has helped Jewish identity thrive. And in my own experience, I’d have to agree.

Growing up, I always thought dating, and then marrying, a Jewish person was a no-brainer. I went to a Conservative synagogue. I participated in Jewish youth groups such as Kadima and USY. I spent my summers at a Ramah sleepaway camp. But when I had my first relationship, which at the time I thought was going to last forever, that person wasn’t Jewish. In a funny way, that relationship taught me more about my connection with Judaism than one with another Jewish person would have: It made me face a handful of stagnant beliefs I had with the way I practiced, my thoughts toward Israel, and how I wanted to observe Judaism moving forward.

By the time I arrived at college, my relationship with Judaism felt stale. It was something I had been doing for 18 years simply because that was how I was raised. You might say my Judaism was on autopilot — nothing exciting about getting into the front seat. But when I brought my non-Jewish partner into the equation, it was back to manual.

A lot of that had to do with the fact that I needed to explain my practice to somebody unfamiliar with the religion. Suddenly, excitement flooded Kabbalat Shabbat. I taught him the ya-di-di-di-dis and clapping that were easy enough to follow along. I was thrilled to attend services, sometimes with my partner, feeling a renewed appreciation for the weekly Friday night community and the tunes from my childhood yet again.

When he came home with me for Passover, I got to explain the seder plate, why we opened the door for Elijah, and how to sing “Dayenu.” I dashed to find the afikomen (my older sister probably won, she usually does) and I no longer dreaded the too-long “order” before the meal since I was excited about my Judaism again.

And when it came to Israel, I was confronted with the reality that for too long, I had simply swallowed information fed to me by my peers and educators. My relationship with someone who wasn’t Jewish, and who didn’t grow up in those spaces, challenged me to explain my beliefs and connections to a land where I didn’t live. Had I, at the time, been with someone Jewish, I may have gone on with those views I held that weren’t entirely my own. He encouraged me to see another perspective when it came to the conflict, one I hadn’t ever even really considered prior to dating him. My eyes were then opened and I could no longer go back to the ignorance I had experienced before.

I found joy when that partner found joy in my religion for himself, seeking to learn in a Jewish class without my presence, just for him. And when the topic of conversion came about, even though it was already something he was seeking on his own for himself, I was finding that our smoothie of religions and observance worked for us regardless.

Attending his house for Christmas didn’t make me any less Jewish, either: I loved the communal and celebratory aspect of the holiday, and the gifts didn’t hurt, to be honest. And while I knew that Christmas wasn’t my thing, I was happy to celebrate with him as he joined me for my holidays, as well.

Of course, at times I got irritated with him for not “getting it,” like any two people in a relationship sometimes do with each other. Once, on Yom Kippur, while he did attend services with my family, I became annoyed when he had a meal while I went on observing the fast in the afternoon. Instead of focusing on how much he did to participate in Judaism and learn from it, I dwelled on the very minor hiccup that day. But who was I to judge, anyway? I always break the fast at like 4 p.m.

The truth is, yes, finding a Jewish partner would probably be “easier” in terms of acceptance from others alone. It wasn’t all smooth sailing — I faced a lot of questioning at the start of the relationship because he wasn’t Jewish. But I didn’t ask to love that person, it kind of just happened. And closing the door to love is just not my prerogative at the moment, now and never. Dating a Jewish person could be easier, maybe, but it also could be harder. If that person observed Shabbat, for example, dating each other would likely be more difficult than dating a secular person or casually observant person of another faith.

Ultimately, my relationship with that person didn’t work out, but not because he wasn’t Jewish. If I were to be with another non-Jewish person in the future, it would be another relationship, and an entirely new journey to discover and determine how to navigate. But I know that no matter who I’m with, I won’t stop eating challah, bagels, and hamantaschen, I won’t stop lighting the Hanukkah candles, and I won’t stop being with those I love on Shabbat. I’ll never stop being Jewish, and no one in my life will ever change that.