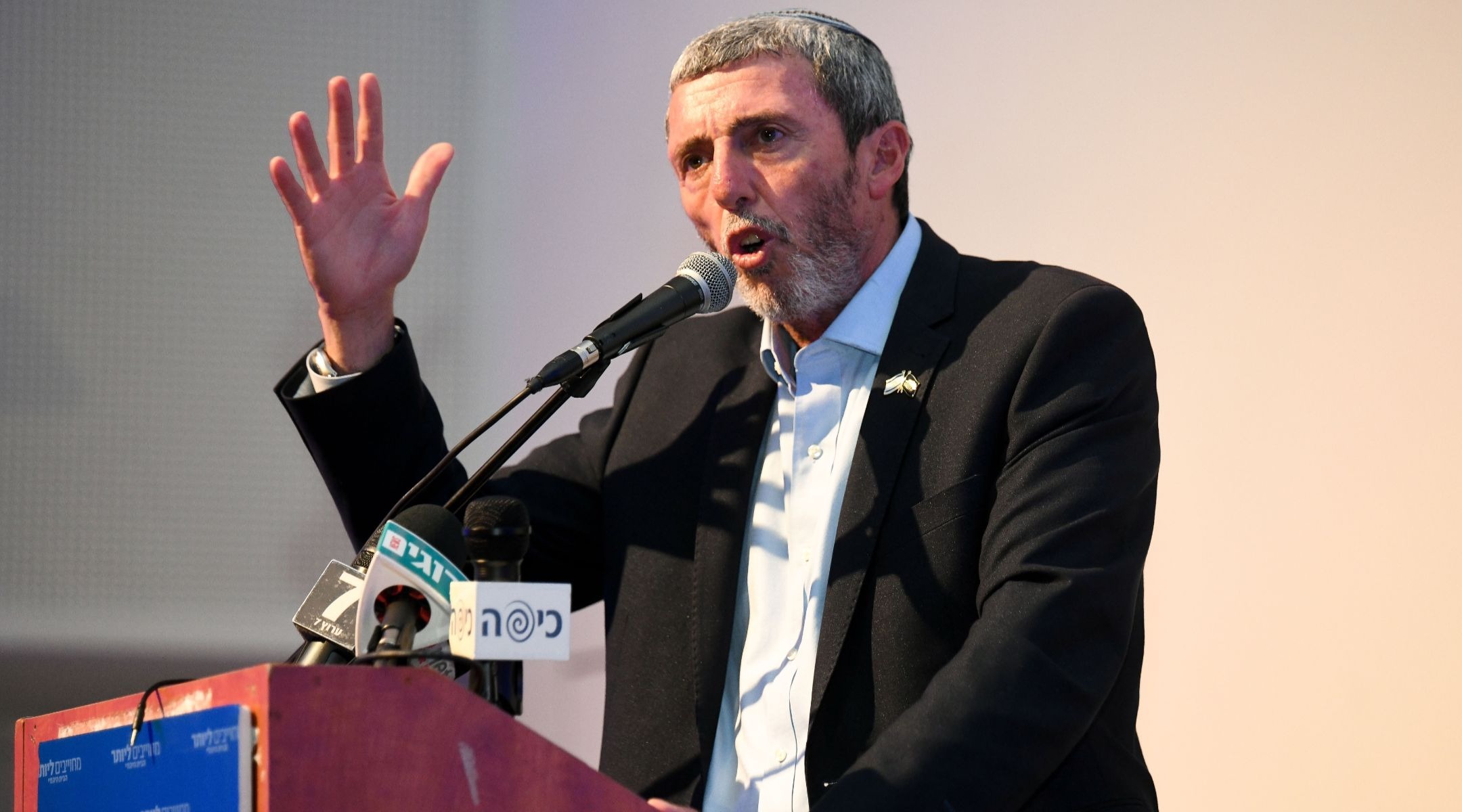 JERUSALEM (JTA) — The rate of intermarriage among U.S. Jews is “like a second Holocaust,” Israel’s new minister of education said.

Rafi Peretz made the statement at a Cabinet meeting on July 1, Axios’ Barak Ravid reported Tuesday, citing three people who were in the room.

Peretz, a former chief rabbi of the Israeli army, is head of the Jewish Home party and leader of a united bloc of right-wing parties, accused of having extremists among its ranks.

Peretz said the assimilation of Jews around the world and mostly in the U.S. was “like a second Holocaust,” and also said that due to intermarriages in the last 70 years the Jewish people “lost 6 million people,” according to the report, which added that Peretz’s spokesman confirmed the account.

The July 1 Cabinet meeting included a briefing by Dennis Ross, chairman of the board of the Jewish People Policy Institute, on trends in Jewish communities around the world, especially in North America. The topic of intermarriage came up during the briefing.

Axios reported that Minister of Energy Yuval Steinitz pushed back on Peretz’s remarks and said assimilation is not a critical problem. “First we need to stop disregarding and looking down on Jews in America that see themselves as Jews not only religiously but even more culturally and historically,” he reportedly said.

Jonathan Greenblatt, CEO of the Anti-Defamation League, was among the American Jewish leaders critical of Peretz’s remarks. “It’s inconceivable to use the term ‘Holocaust’ to describe Jews choosing to marry non-Jews. It trivializes the Shoah,” Greenblatt tweeted. “It alienates so many members of our community. This kind of baseless comparison does little other than inflame and offend.”