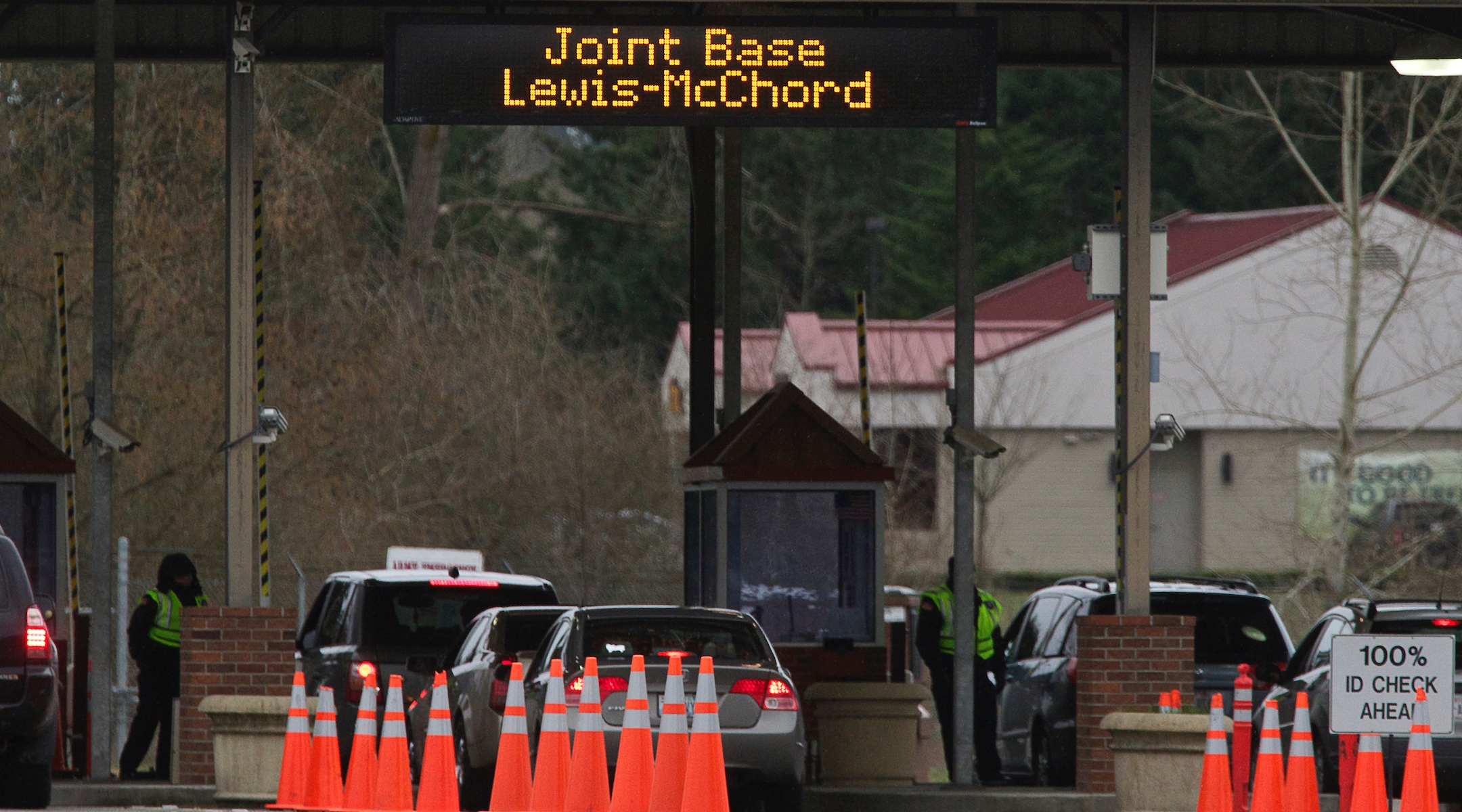 (JTA) — Last summer, Traci Moran, whose husband Jared is a soldier at the Joint Base Lewis-McChord near Tacoma, Washington, alleged that a local rabbi, Zalman Heber, had been sending her sexually inappropriate text and voice messages for close to a month despite her objections. Heber leads a Chabad congregation in Tacoma.

Moran, who is Modern Orthodox, sought out her husband’s army chaplain, also a rabbi, for guidance about the situation. In August 2018, she told the chaplain, Rabbi Michael Harari, about her experience with Heber, the News Tribune reported on Monday.

Instead of helping her, however, Harari, who is also affiliated with Chabad, seems to have shared Moran’s claim with Heber, according to an Army investigation.

“The information Chaplain Harari provided appears to have been used by Rabbi Heber to harass and attempt to intimidate and ostracize the Morans from the civilian Jewish communities surrounding JBLM,” the Army report says, according to the News Tribune.

The Army’s finding came amid not one but two investigations, the News Tribune reported. One is still ongoing as investigators probe a number of allegations, including that Harari breached confidentiality in sharing allegations with Heber.

“In those cases where the investigations have been completed, the involved command has taken appropriate action,” spokesman Lt. Col. Scot Keith told the News Tribune. “We cannot comment on ongoing Army investigations or matters where the civilian authorities may have jurisdiction.”

Heber through a lawyer initially denied his messages to Moran were explicit, but later told the News Tribune in an interview that he had sent explicit messages to Moran but that they had been taken out of context. Heber’s lawyer, Barry Willis, told the Jewish Telegraphic Agency in an email that his client “completely denies” Moran’s allegations of sexual harassment.

Willis also said that Moran “presented herself as a lay chaplain who could be confided in. In fact, she told Heber that other rabbis came to her who were ashamed to go somewhere else.”

Moran denied claims that she was counseling Heber, according to the News Tribune.

The lawyer added: “It is also important to note that there have been absolutely no legal claims made against Rabbi Heber.”

The News Tribune reviewed some of the messages, including an audio recording in which Heber talks about pleasing a woman and a message in which he asked Moran to send him sexual images.

Community members say two other women also claim Heber has harassed them. In December, three community members confronted Heber about the claims. The rabbi then threatened to kill himself, one of those community members, Jedidiah Kent, told the News Tribune. Heber denies this. Rabbis from the Chabad-Lubavitch office in Seattle presided over a meeting in which they apologized for Heber’s actions and said Heber “had been removed from his position indefinitely,” according to Kent and another congregant.

Heber’s lawyer, however, said an investigation by the Chabad-Lubavitch office in Seattle cleared Heber of any wrongdoing and “he continues as rabbi at the Tacoma Chabad,” according to the newspaper. Moran said no one from the Chabad investigation contacted her.

The 7th Infantry Division declined requests from the News Tribune to interview Harari and base commanders.