Morton Bahr, who led Communications Workers of America, is dead at 93 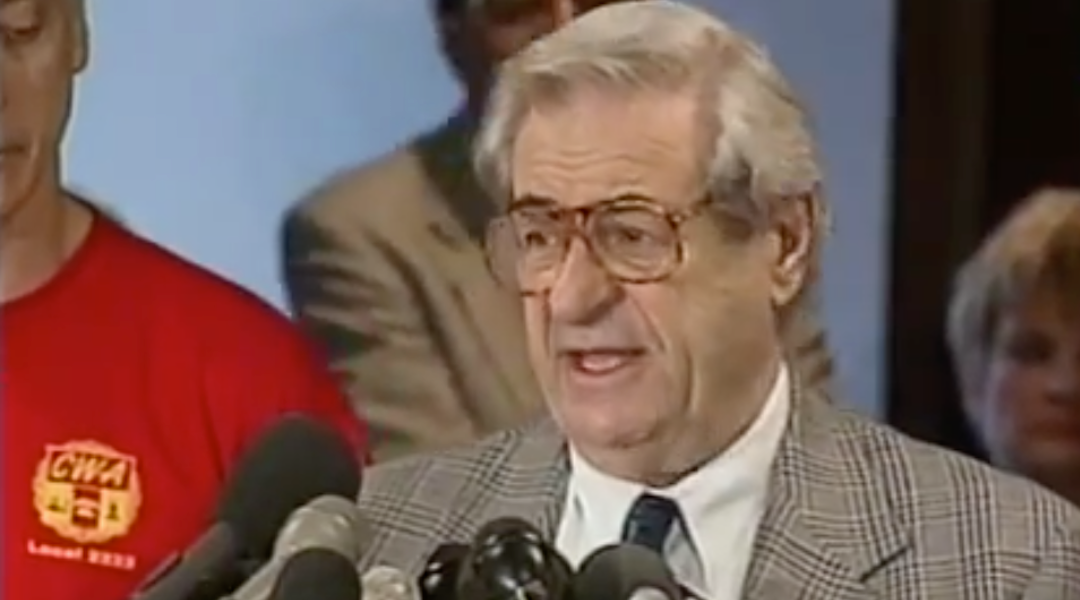 Bahr in 1998, after a successful strike by Communications Workers of America in the fallout of the split of AT&T and Bell Labs. (Screenshot from YouTube)
Advertisement

(JTA) — Morton Bahr, who led the Communications Workers of America for 20 years and served as president of the Jewish Labor Committee from 1999 through 2001, died July 30. He was 93.

The JLC said the cause was pancreatic cancer.

Bahr was a telegraph operator at Mackay Radio and Telegraph in New York in 1951 when he began organizing fellow workers into an independent union that later affiliated with the Communications Workers of America, according to the JLC. After years in leadership roles, he was elected as president of the CWA in 1985 and served until 2005. During this time, he also became a vice president of the AFL-CIO, the union federation.

In a statement on its website, the AFL-CIO noted that he led the union following the breakup of the AT&T Bell System, which thrust the telecommunications industry into turmoil.

“Bahr created new bargaining and campaign strategies to help workers survive the turbulent times. One major strategy was to expand beyond telecommunications to include high technology, media, the airline industry, electronics, manufacturing, public service and more,” the AFL-CIO noted. “Bahr became an expert on the nexus of technology and the workforce, and he championed groundbreaking education and training programs that would help transform the labor movement.”

He was elected president of the Jewish Labor Committee in 1999.

“Morty Bahr’s career in the trade union movement and community life, as well as his service as president of the Jewish Labor Committee, epitomizes the pursuit of the shared dreams and shared hopes of the many diverse elements of our society,” said current JLC President Stuart Appelbaum in a statement. “His intellect, commitment and moral strength have served all of us and I am grateful.”

In an essay written for a guidebook for synagogues marking Labor Day, Bahr likened union members to the Israelites who walked out of Egypt and into an unknown future in search of freedom.

“This liberated action is what we see with each new group of workers who organize into our union,” he wrote. “By choosing the unknown future, with its promises of improvements and security, working people come to act as free people. They daily then step into the sea and see it part. At our best, our union is a vehicle that harnesses people’s faith in a better future and provides them with the tools they need to act effectively and powerfully as free people.”

Bahr, who lived in Washington D.C., is survived by his wife, Florence, children Daniel and Janice, and his grand- and great-grand-children.