Israelis and Arabs say one thing in public and another behind closed doors. Politicians and pundits need to understand the difference. 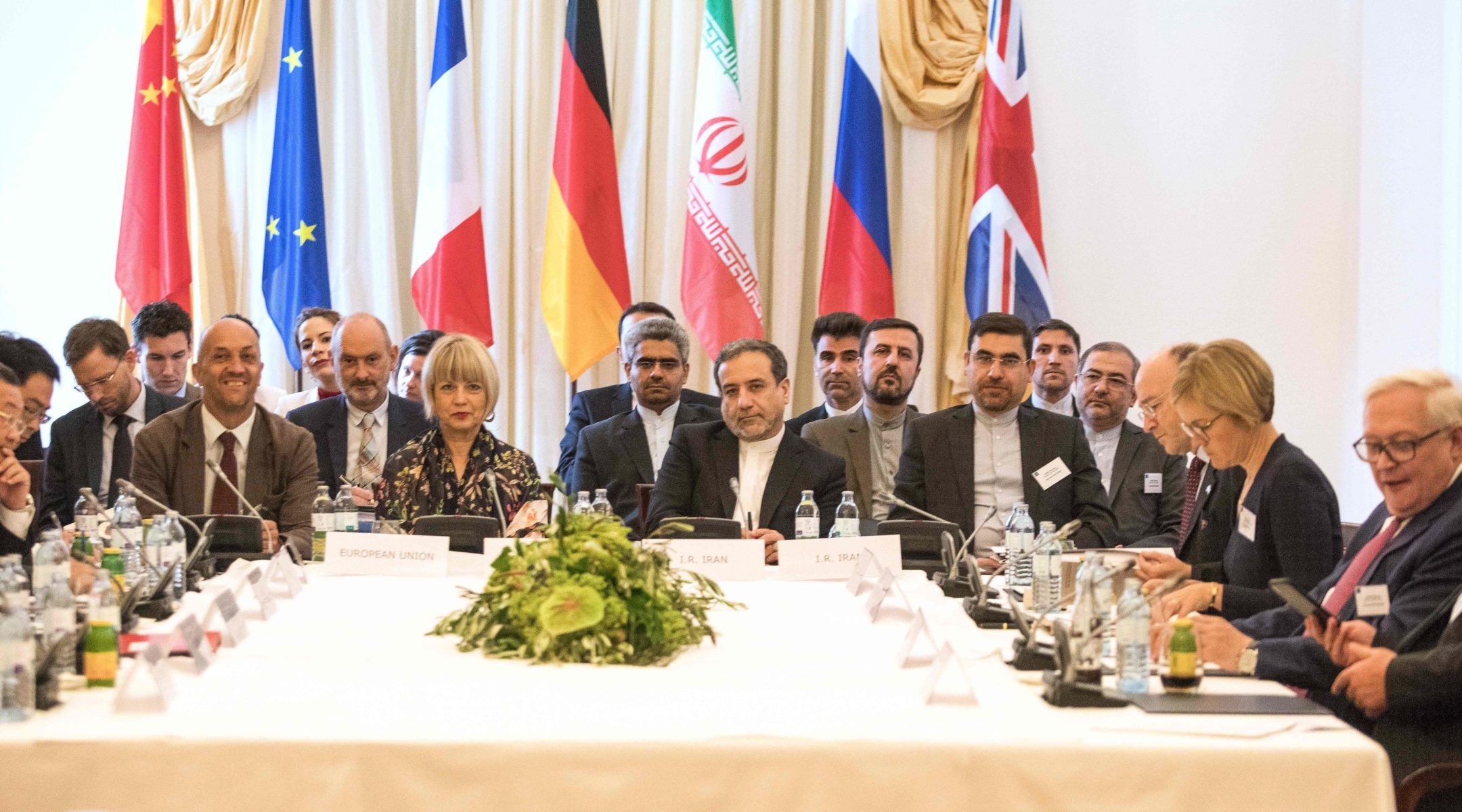 NEW YORK (JTA) — By the end of this year, my research and travels in the Middle East will have brought me through Bahrain, Abu Dhabi, Dubai, Israel, the Palestinian territories, Jordan and Kurdistan, as well as many visits to Capitol Hill.

What I’ve learned from security, defense and intelligence officials is this: When Israelis and Arabs talk off the record, what they say differs markedly from their public statements. America policymakers are too often unaware of what Israeli and Arab experts and official say behind closed doors, even to one another.

This may not come as much of a surprise, given the global diplomatic crisis that resulted from the 2010 Wikileak of diplomatic cables. But it does mean that the American public, not to mention elected officials, are often ignorant of the full breadth of information needed to understand the most important issues going on in the Middle East.

As Jonathan Spyer, a leading Middle East analyst, told me after his most recent travels, “It’s very important for Western policymakers to be aware that leaderships and elites throughout the Arab world today find a great deal of common ground with Israel on the issues of the Iranian and Sunni Islamist threats.”

“To an increasing extent,” he continued, “they are also weary of Palestinian intransigence and see Israel as a model for successful development. Much of that, however, cannot be said openly by these leaders because this does not reflect the views of parts of the societies of the leaders in question, where Islamist and/or Arab nationalist sentiments continue to hold sway.”

Today, despite some public lip service to the Palestinian cause, the Sunni Arab world knows that the Israeli-Palestinian conflict is at most a “side issue.”

Incitement and scapegoating may have political advantages for authoritarian regimes, but it undermines forging people-to-people relationships and the acceptance of Israel as a permanent part of the Middle East.

I recently interviewed an Israeli military intelligence expert who had just returned from private meetings in Europe with Arab and EU officials. He told me that behind closed doors, their analysis of the Middle East, including Iran, is often light years away from the public rhetoric offered by European — and to a lesser extent, Arab Sunni government officials — to their citizens and the world at large.

When politicians or pundits make foreign policy critiques, unaware of what is discussed privately between insiders in the Middle East, the public is misinformed.

Most Americans don’t realize that the conflicts of the Middle East are primarily tribal and religious in nature, and that the primary allegiance is not to modern states artificially constructed by the West 100 years ago, something Arabs and Israelis know all too well.

Too many Americans fail to realize this, but insiders know that if there were no Israel, the Shiites would still hate the Sunnis, Iran would still aspire to hegemony, Turkey would still be an unreliable NATO ally and Libya and Yemen would still be chaotic.

It is this American blind spot that attempts to recreate nation-states like Iraq, Syria and Afghanistan, and undermines America’s ability to foster stability in nations where rule of law and the primacy of clan don’t follow a Western path.

Some European officials, who vociferously defend the Iran nuclear agreement publicly, privately acknowledge the dangers of the Iranian revolutionary theocracy that acts against their values, from the hanging of gays to the Iranian complicity in the Syrian genocide, the ethnic cleansing of Sunnis in Iraq and Syria and the population transfer of Shiite families from Pakistan, Iraq and Afghanistan into Syria.

Europeans have long tried to have it both ways, appeasing illiberal Middle Eastern states and actors in the hope that terrorism won’t land on its shores, while rhetorically taking a value-based foreign policy position that ignores the worst players in the region while saving all of their criticism for the only democracy that shares their values.

My own work in Congress over the years has consisted of private, off-the-record briefings. In private meetings, when you are trusted by members and their foreign policy aides, conversations of substance can take place. Ideas and observations that normally wouldn’t see the light of day are discussed, which hopefully translates into a better-informed and nuanced policy proposals.

Quantifying the success of private meetings is sometimes hard to judge. But when a leading member of the Senate uses my notes to prepare himself before going on “Meet the Press,” or I am asked for ideas for new legislation or for my opinion regarding pending legislation, I consider that a measure of success.

Unfortunately, we Americans are in our own echo chambers, not challenging ourselves to see the merits of other uncomfortable positions, afraid to express contrary points of view if they don’t reflect our party’s talking points. In our conversations, whether in Washington or on social media, you are defined as evil if you challenge a politically correct narrative that undermines the alleged victims of Western perfidy.

It is common today to unfriend people whose viewpoints do not corroborate one’s own world view. Removing oneself from the opportunity to engage in dialogue that conflicts with one’s own perspective makes it easy to delegitimize any differing viewpoints and creates an increasingly more insular social media community.

In Washington, I was in a closed-door meeting in Congress when a legislative aide told me that the member agreed with my analysis regarding Palestinian intransigence, corruption and funding of terrorists, but he had advised the member not to publicly express that opinion — it would endanger the member’s chances of moving up to a leadership position because it challenged the party’s current narrative.

On both sides of the aisle, I have often tried to bring offices together to work on shared interests in the Middle East, and more times than not, politics wins over policy. We are reluctant to upset the simplistic echo chambers we have created.

It would be illuminating for American policymakers if they could hear what is said privately about the Middle East among intelligence, security and defense officials.

Not making an attempt to understand the Middle East beyond the talking points of like-minded sources is a prescription for America to get dragged into another Middle East war in the not-too-distant future.

When the gap between public policy statements and a fully informed politician is wide, the chances for miscalculation leading to dangerous policy recommendations greatly increases. The pieces of the Middle East puzzle do not fit into a Western frame, and we ignore this at our peril.