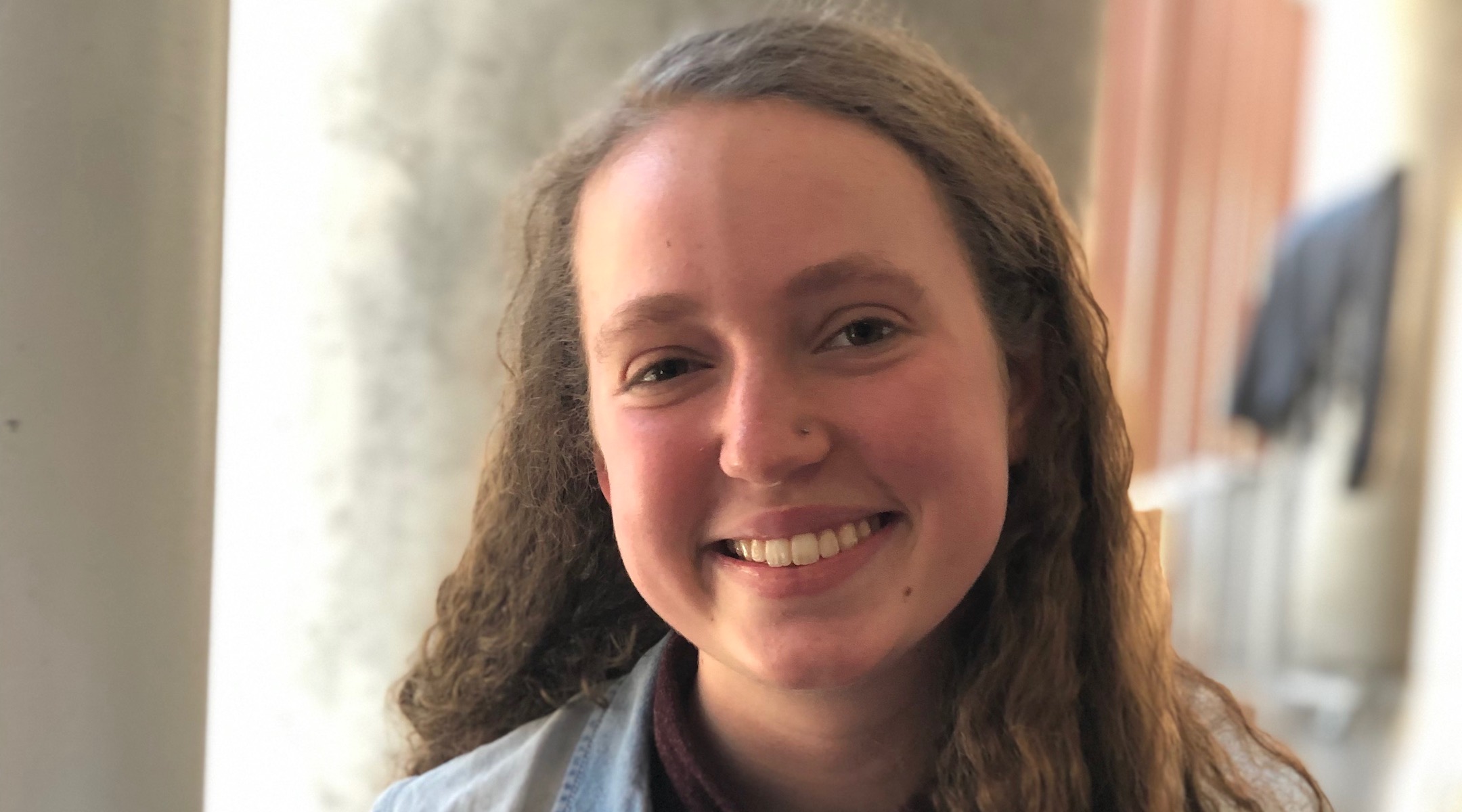 Sylvie Rosen, 22, was a staff member at Ramah in the Rockies for five summers before running into controversy there this year. (Courtesy of Rosen)
Advertisement

(JTA) — A Conservative Jewish summer camp is denying that it makes personnel decisions based on politics after a senior staff member claimed she was removed from her position because of her left-wing views on Israel.

Sylvie Rosen, 22, who has served on staff at Camp Ramah in the Rockies for five summers, told the Jewish Telegraphic Agency that she was removed from her job as a counselor for incoming high school juniors after she clashed with her supervisor over Israel education.

She said she was prohibited from attending future Israel programming and removed from the role in early July after she talked with campers and told them she opposed Israel’s West Bank occupation and wanted to include critical perspectives in Israel programming.

Rosen said she had also clashed with her supervisor on other issues unrelated to Israel. She was offered another job at camp that would have lasted the rest of the summer, but chose to become a liaison to parents of younger campers. She left camp when that role ended this week.

The conversation that preceded her removal was initiated by campers, Rosen said. It came the day after the age group took part in a pro-Israel program. Rosen said the campers who approached her were uncomfortable with the program’s tone.

“It became clear really early on that my rosh, my supervisor, wanted our campers to form only really positive relationships with Israel, and I was interested in also talking about the occupation and critical views on Israel-Palestine,” she said.

In a statement, Rabbi Eliav Bock, the camp director, suggested that Rosen’s claim was false.

“We have never dismissed any staff member for their political beliefs,” the statement said. “It is camp policy not to publicly discuss personnel matters.”

Asked if she was intentionally testing Ramah’s policy on Israel, she said, “No, I wanted to give my campers the education I think they deserve.”

Rosen’s claims come as a group of Ramah alumni and staff affiliated with the group IfNotNow have protested the Conservative Jewish camp network’s approach to Israel education. IfNotNow is a millennial Jewish protest group that opposes Israeli occupation of the West Bank.

The group held a training last year for Jewish camp staff on how to discuss Palestinian perspectives, and criticize Israel’s actions while at camp. Rosen is a member of IfNotNow and took part in the training. This year, IfNotNow raised $6,500 in a campaign to get Ramah camps to host events with Combatants for Peace, which describes itself as a group of former Israeli and Palestinian combatants who are committed to nonviolence and oppose the occupation. Rosen was also active in the Combatants for Peace campaign.

When none of the camps said yes, IfNotNow hosted the group in Washington, D.C., and New York City.

Ramah responded to the IfNotNow campaign by saying in an April statement that its “campers and staff members hold a range of opinions on many contemporary issues, including Israel.” But it also said “Zionism is a central part of our core mission” and that it does not allow support of the movement to boycott, divest from and sanction Israel known as BDS.

“We do not, however, permit the sharing of educational messages at camp that do not support the existence of a strong, secure, and democratic Jewish state in Israel,” the statement said. “Accordingly, we do not allow educational messaging that supports BDS. We also do not permit the expression of hate or racist ideas against any group, including the Palestinian people.”

IfNotNow does not take a position on anti-Israel boycotts or whether Israel should be a Jewish state, which critics say amounts to condoning BDS and anti-Zionism.

Ramah brass knew that Rosen was an IfNotNow member before this summer. Last summer, she was the head of the ninth-grade age group, and said she ran programming that included criticism of Israel without any problem. She just graduated from List College, a joint program of the Conservative movement’s Jewish Theological Seminary and Columbia University.

“I made sure that programming that we ran had all different perspectives,” Rosen said about her experience last summer. “I had staff members that came and wanted to teach about their love of Zionism. If that’s what they want to teach about, that’s fine, but we have to have other perspectives.”

Ramah was founded in the 1940s in part to instill what its architects called a positive Zionist identity. Israeli culture and Hebrew infuse its daily activities. Campers are encouraged to use Hebrew words, and camps employ groups of Israeli counselors. Some programs revolve around Israeli cuisine, music and dance.

But camps have different policies on how to implement the principles expressed in the April statement. Ramah in the Rockies, as a policy, does not allow staff members to discuss their own political beliefs regarding Israel or any other country. But Mitchell Cohen, the international Ramah network’s director, said he’s comfortable with staff, including Israelis, expressing right- or left-wing views as long as they don’t cross the red lines enumerated in the statement.

“Those voices are heard at Ramah camps,” Cohen said in an interview. “If you’re an [Israeli staff] member and you vote for Labor or for Meretz, your opinions are as valid as people that vote for the New Right or Likud,” Israeli political parties on the left and right, respectively.