Rabbi Reuven Hammer, a pioneer of Conservative Judaism in Israel, dies at 86 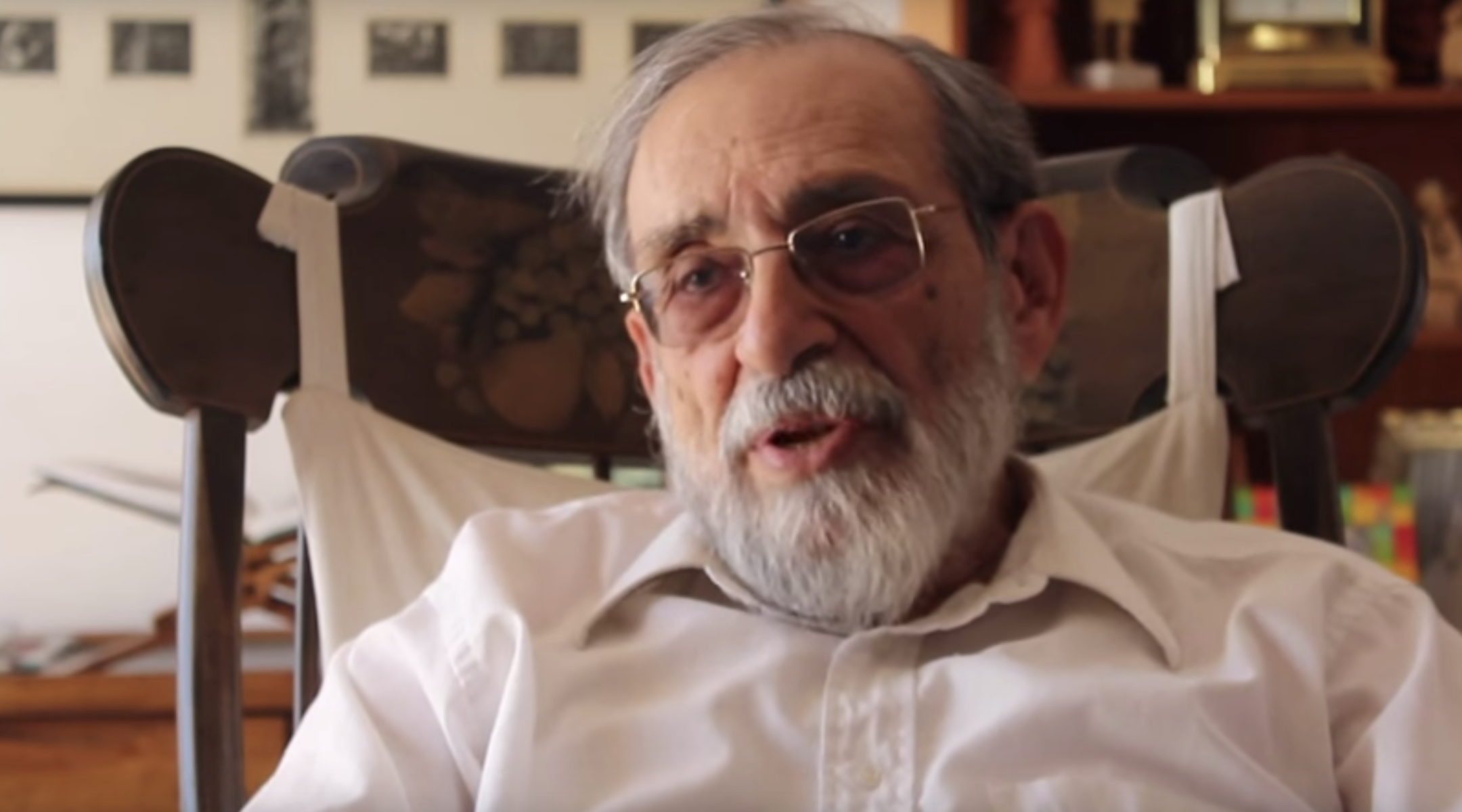 Rabbi Reuven Hammer is most known for his works on Jewish liturgy and Midrash, along with a newspaper column on the weekly Torah portion, the Masorti movement said. (YouTube screenshot)
Advertisement

JERUSALEM (JTA) — Rabbi Reuven Hammer, one of the pioneers of Conservative Judaism in Israel, has died. He was 86.

Hammer moved to Israel in the 1970s and helped establish Jerusalem’s Kehilat Moreshet Avraham synagogue as well as the larger Masorti movement. He later served as the head of the Masorti Beth Din (rabbinic court) here as well as president of the International Rabbinical Assembly.

He died in Jerusalem on Monday, the Masorti movement announced on Facebook.

“The Rabbinical Assembly in Israel (association of Masorti/Conservative rabbis), together with all arms of the Masorti/Conservative Movement in Israel and abroad, mourns the death of one of our luminaries, Rabbi Prof. Rueven Hammer, z”l. We send our condolences to his wife Rahel and all the family,” the Rabbinical Assembly said in a statement sent to JTA.

“Rabbi Hammer was not only one of the founders of the Masorti Movement in Israel, but also a leading scholar in the Jewish world,” the statement continued. “He is perhaps most known for his works on Jewish liturgy and Midrash, as well as a regular column on the weekly Torah portion in the Jerusalem Post. He also founded what today has grown to become the Schechter Institutes, which includes the Schechter Rabbinical Seminary for training Israeli rabbis for Masorti congregations.”

The statement also noted Hammer’s role as a “a leading member of the Committee for Jewish Law and Standards” and how he “laid the halakhic foundations for Masorti’s groundbreaking Bat/Bat Mitzvah program for children with special needs.”

Hammer, a native of Syracuse, New York, studied at the Jewish Theological Seminary in New York, where he received ordination and a doctorate. He also earned a doctorate from Northwestern University.

“Rabbi Hammer was generally soft-spoken, but always clear and firm. He was especially understanding and open to Masorti geirim (converts), assisting them in their decision to join the Jewish people,” Goldstein said. “He was a great scholar and a believer that traditional Judaism can be relevant in 21st century. He will be sorely missed by family, friends and colleagues.”

Hammer will be buried Tuesday morning on Har Hamenuchot in Jerusalem.