As a Jewish teen in the Bible Belt, I face anti-Semitism all the time 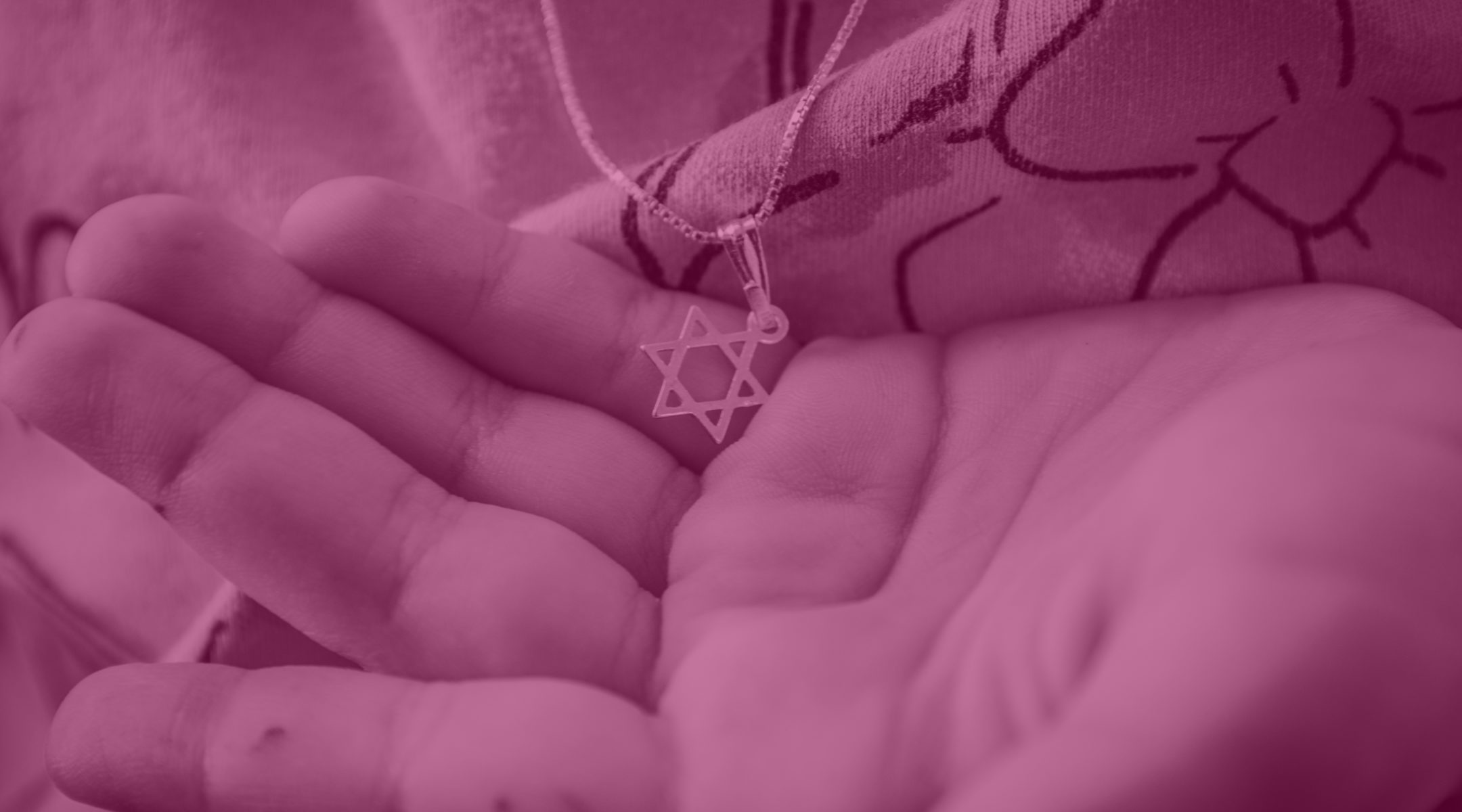 My entire life, my mother has told me to grow thicker skin — that I need to block out the nasty words and comments. If you react, she says, it only gives them more power. I recognize there is truth to her words — wisdom, even — but exactly how thick must my skin get?

At times, it feels like no matter how tall I stand — how steadfast and strong and tree-like — my peers, and even adults, blow harder and harder with their anti-Semitic comments each time. When I go to school, or when I’m out and about, I often feel like I’m fighting an uphill battle on my own.

I’m a 16-year-old high school student, and I live in the heart of the Bible Belt, in a North Carolina county with a population of just 100,000 people. Fewer than 90 Jews live there — just a handful of families, really. There are so few of us that the closest synagogue is 35 minutes away from my home, and the rabbi only comes once a month on golf trips when he’s visiting from New York. And in the winter — when the golf resort closes — his visits are even rarer.

In my high school of 2,500 students, I regularly experience anti-Semitism. Some comments from my peers stem purely from ignorance, like the time a friend told me I’d ace our economics and tax law units simply because I’m Jewish. (Newsflash: I’m not good with money because I’m Jewish, Kathy. It’s because I find calculus a breeze.)

There was also the time when a classmate told me I was a “lizard person” who controls the banks, the news and the government. This one was so outlandish that I couldn’t help but laugh — I mean, wouldn’t being a lizard be nice? I wouldn’t have to exfoliate anymore, I could just molt on demand!

The more blatantly anti-Semitic comments I’ve endured range from my fellow marching band members telling me Adolf Hitler should have “tried just a little bit harder” to a boy with a Confederate flag T-shirt and MAGA hat informing me that all of “my kind” would need to be exterminated in order to reinstate peace, return Israel to the Christian people and, above all, revive Jesus.

When I was in the eighth grade, I reported some classmates for doing the Nazi salute during the Pledge of Allegiance, only to be told “boys will be boys.” These days, I know it isn’t just the faculty at my school that is negligent when it comes to anti-Semitism — after a principal in Boca Raton, Florida, would not confirm that the Holocaust occurred, I realized the severity of the issue.

The realization that anti-Semitism was happening all over was upsetting and discouraging. True, in a twisted way, it’s comforting that I am not alone in this battle against bigotry. Yet I still can’t help but feel the Jewish community is isolated because we are seen as “other.” This feeling slams into me with the negative comments about my Jewish identity, but I know I can’t let a minority of people drag me down. Because, the truth is, I believe that anti-Semites are a minority. Yet sometimes — like when a white supremacist’s manifesto surfaces after a mass shooting — it doesn’t seem like such a small group anymore.

I have lived in the South my whole life, and I’m starting to think that down here, anti-Semitism is different than it is up North. I recognize it exists above the Mason-Dixon line — as seen in recent assaults on Orthodox men and the spray-painting of swastikas across Brooklyn, not to mention the horrific shooting at a synagogue in Pittsburgh — but sometimes it feels as if the outside world is more accustomed to Jews being in the Northeast. It is almost as if we are “supposed” to stay within the five boroughs, and maybe New Jersey‚ but once we venture away we are changing the way things should be.

In the South, there is an air of hatred that is a constant reminder of the opinions and culture of the pre-integration era. Other parts of the nation seem to have moved forward, but we are forever stuck in 1962. My own high school didn’t become desegregated until the 1970s,and was home to race riots for years afterward. I recognize that in this atmosphere, no matter how much my family — or any other member of any minority group, for that matter — assimilates to Southern culture, we will always be two steps behind and just a little too outside their happy, mainstream bubble.

A respite from my feeling of isolation happened last fall when another Jewish family moved into our neighborhood. That winter, it was incredibly comforting to look across the street and see a menorah in their window, a mirror to our own. I am glad to feel a sense of home in these lights, but I also recognize that the most important thing isn’t just finding support in our community, it is also in reaching out and forming alliances with other minority communities around us.

I bring hamantaschen, latkes and kugel to school so my peers can experience my world before they make the decision to blindly hate it. I think that if I introduce them to a different culture, maybe they will see us less as “invaders” and more as people.

However, if anything, the anti-Semitism I have endured growing up in the Bible Belt — meant to intimidate and/or discourage me from being overtly Jewish — has had the opposite effect: I am more Jewish than ever. I haven’t taken my Magen David necklace off in more than two years. Our Shabbat candlesticks no longer gather dust; we now light them every Friday night. And as I prepare to apply to Rutgers this fall, in New Jersey, I feel hopeful that I won’t be the only girl with Shabbat candles in her window anymore.