In Orthodox Jewish Brooklyn, a spate of assaults feels all too familiar 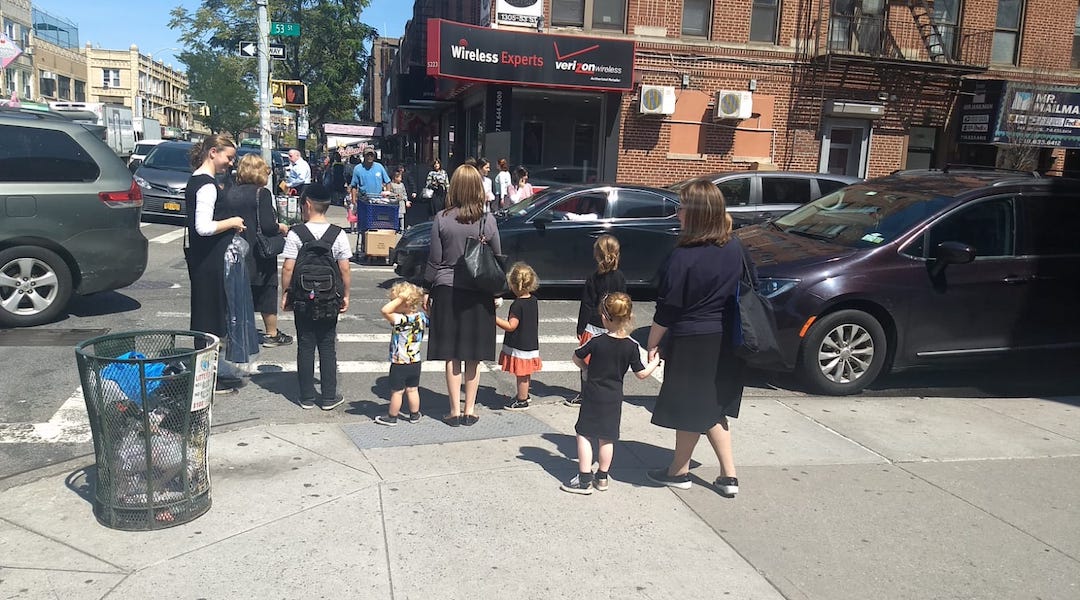 Women and children wait at a crosswalk in the Orthodox neighborhood of Borough Park, Brooklyn, Sept. 3, 2019. (Ben Sales)
Advertisement

NEW YORK (JTA) — As he talks about the recent string of attacks on Orthodox Jews in Brooklyn, Yosef Rapaport points to a small scar above his right eye.

It’s the remnant of an anti-Semitic attack he experienced 50 years ago as a teenager in Montreal.

“For those of us who look very Jewish, this has been a constant,” said Rapaport, 65, wearing a black hat and suit, as he stood outside an afternoon prayer service in the heavily Orthodox Brooklyn neighborhood of Borough Park. “You shrug your shoulders. It’s like a constant background.”

That same afternoon, New York City’s new Office for the Prevention of Hate Crimes opened months ahead of schedule. The timeline was advanced in part because of a recent string of attacks on visibly Jewish people in Brooklyn.

At least three came in a week:

* On Aug. 31, an assailant hit a Jewish man with a belt outside a synagogue.

* On Aug. 29, an assailant threw rocks at a Jewish man while the victim was in his truck.

* On Aug. 27, a Jewish man was struck with a paving stone as he exercised in a park.

According to New York Police Department statistics from early June, there have been 110 hate crimes against Jews in 2019, ranging from assaults to anti-Semitic graffiti. That’s nearly double the previous year’s figure.

“We won’t tolerate hatred or violence against our Jewish community,” Mayor Bill de Blasio tweeted on Aug. 30, the day after the rock-throwing attack.

“It’s scary because we live a good life here, and we want to live in peace and tranquility so we can be able to serve God to the best of our abilities,” said Sarah, a life coach in Borough Park who is the daughter of Holocaust survivors. She declined to give her last name.

“We don’t want to be disturbed by fears,” Sarah said, “and it brings back memories of what our parents had to go through.”

The violence has led to a spate of editorial comment in the Jewish media saying the attacks are going underreported because law enforcement refuses to see them as hate crimes or secular Jewish organizations don’t relate to the challenges facing Orthodox Jews.

But for some in Borough Park, life feels the same. They said daily rhythms haven’t changed and, by and large, the residents feel just as safe as they have in recent years. Sadly and paradoxically, they said, identifiably Orthodox Jews have always experienced hateful attacks. Some said there’s a focus on the Brooklyn attacks because of a documented rise nationally in anti-Semitism.

“I wouldn’t say it’s a huge increase, no,” said a supervisor for the Shomrim, a private Orthodox volunteer security organization that coordinates with the New York Police Department. He did not give his name because of a Shomrim policy that prohibits speaking to the media. Shomrim has taken an active role in documenting the recent assaults and helping victims, and finds security camera footage to assist police.

The supervisor said Shomrim has not stepped up its patrols nor made a move to increase its ranks, though he said patrols are on alert for assaults. He added that it’s unclear whether every attack on a Jewish person or institution qualifies as anti-Semitism.

“What we do see is an increase in assaults,” he said. “If it’s anti-Semitism, I can’t tell you. It looks like anti-Semitism when you watch a video. Is it actually anti-Semitism? Who knows?” 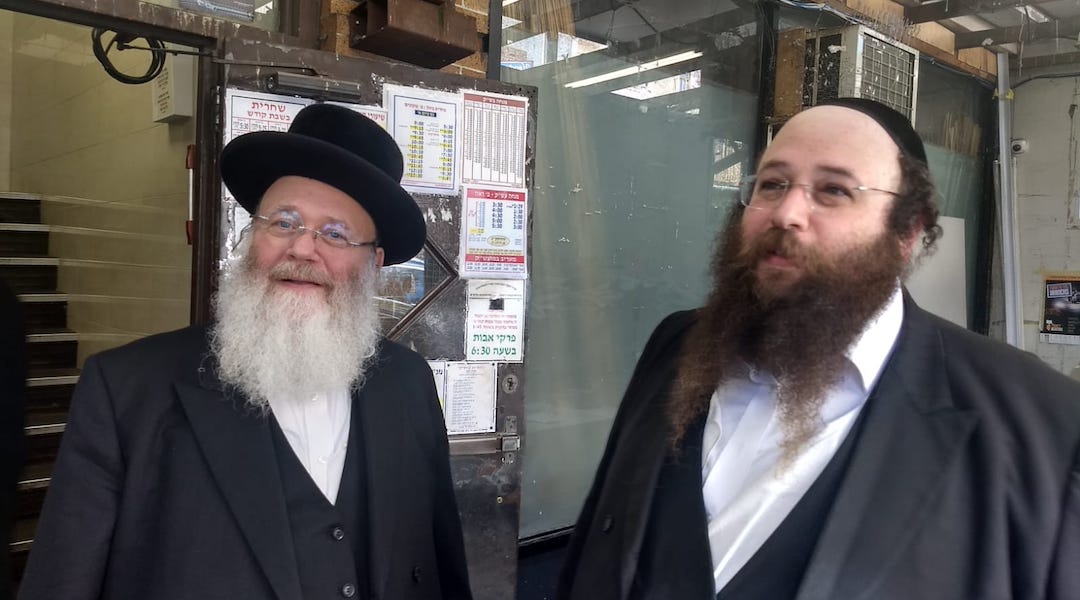 Yosef Rapaport, left, and his son Alexander do not feel that life has become more dangerous for Orthodox Jews in Brooklyn. They say attacks on Jews are nothing new. (Ben Sales)

That view was echoed by others in the neighborhood, who said they did not feel unsafe.

“The trends overall are overwhelmingly good,” said Sholom, 34, a father of six who lives in Lakewood, New Jersey, and works in Borough Park. “Like, we live in the best, safest times ever. Are you going to have incidents that are unfortunate? Sure. Are you going to have blips? Sure. Does that mean that the next Holocaust is coming? I don’t think so.”

Local politicians are still urging action to combat the rise in hate crimes.

City Councilman Chaim Deutsch, who chairs the council’s Jewish caucus, applauded the opening of the hate crime prevention office and called for further education to combat hate. He also secured $2 million to fund security cameras in his south Brooklyn district and has worked to increase mental health services in areas that have experienced hate crimes.

Agudath Israel of America, an umbrella haredi Orthodox organization, has advocated for government security funding for synagogues and other Jewish institutions. Leah Zagelbaum, the group’s vice president of media affairs, said she personally feels that it’s good that the attacks are getting more attention.

“Crimes against Orthodox Jews do not get the attention they deserve from any quarter,” she said, clarifying that she was speaking in a personal capacity. “I think turning the light onto reprehensible behavior, and education, is good.”

But some are skeptical that the attacks can end. Alexander Rapaport, a Borough Park resident and the executive director of the Masbia Soup Kitchen Network, agrees with his father Yosef that anti-Semitic attacks are a longstanding reality for Orthodox Jews and wondered how it is possible to combat an age-old hate.

“An average visible or identified Jew was harassed just as much in 2003 and 2006 and 2007 and 2015,” he said. “What else can you do other than find the perpetrators and prosecute them?

“When you say take action, what is really the action? Hate is something in your mind. How do you counter that?”