What Israel still needs to learn from Ariel Sharon 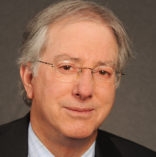 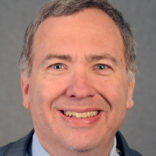 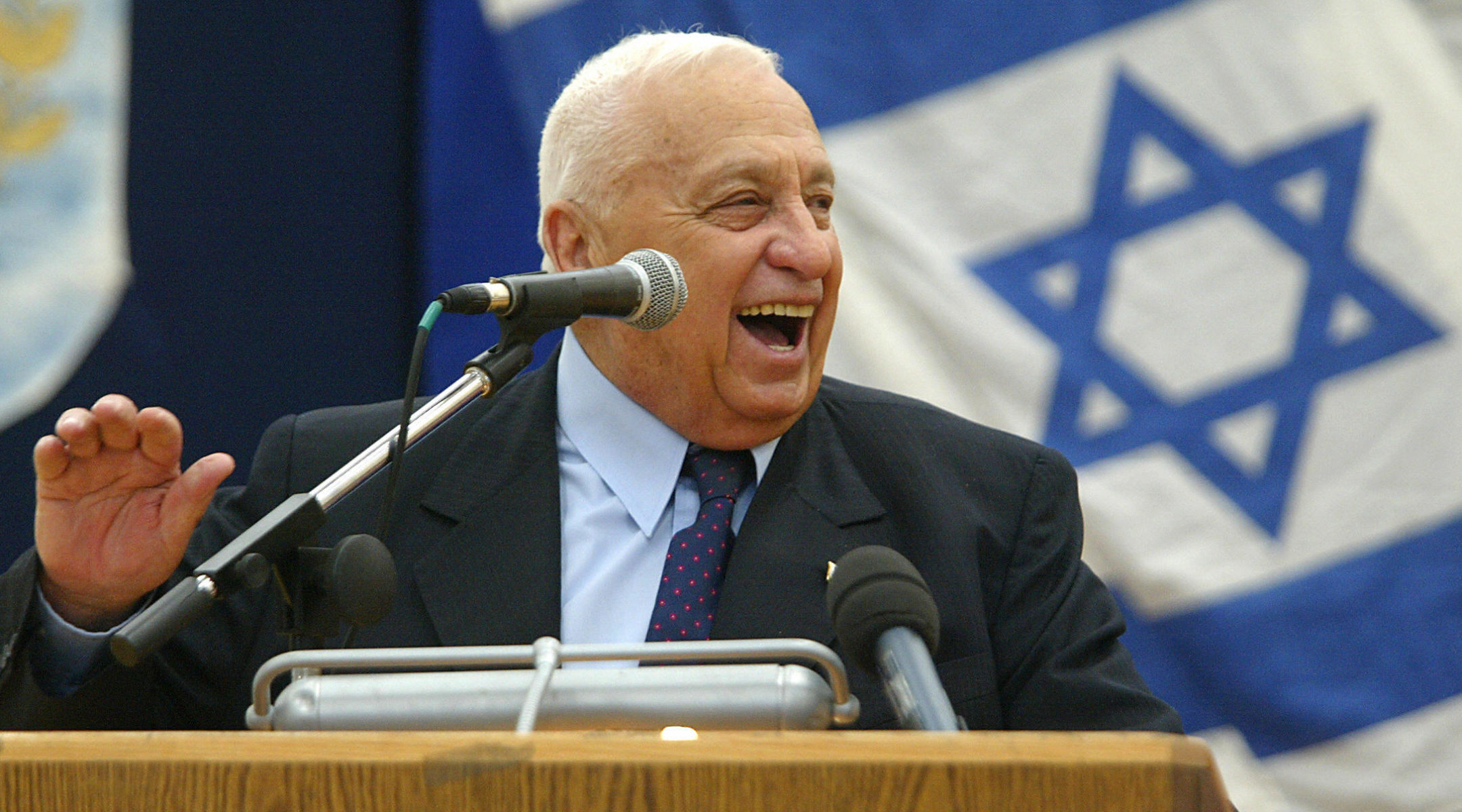 WASHINGTON (JTA) — With Israelis heading to the polls on Sept. 17, it is worth reflecting on the last Likud leader, Ariel Sharon, and the decisions he made on the Palestinian issue. Sharon, the 11th prime minister of Israel, was a large man who did not think small.

As Nir Hefez and Gadi Bloom noted in “Ariel Sharon: A Life,” Sharon in the early 1950s commanded Israel Defense Forces Unit 101, which sought to deter terror in Israel by carrying out controversial attacks into Arab states. Shimon Kananer, who served in the 101, said, “When I first came to the unit and met Arik, I couldn’t sense anything special about him. But after a week in his presence, it was clear to me and to anyone in the 101st that he would change the course of history.”

Sharon saw himself as a man of destiny. During the War of Independence, somehow he was saved during the battle for Latrun when he easily could have died. Sharon would say later that he was marked by Latrun and saved for a larger purpose.

He was a brilliant warrior who played a leading role in the Six-Day War and was more responsible than anyone else for changing the course of the 1973 war. Sharon would help to forge the Likud party when he chose to enter politics, but would be forced out of the Defense Ministry in 1983 when the Lebanese Christian militia carried out the killings of women and children in the Palestinian refugee camps of Shaba and Shatilla. The IDF let the militia into the camps, and the Kahan Commission held Sharon responsible for this act of omission. He would say later that only in Israel could the Jewish defense minister be forced from office because of what Christians did to Muslims.

True, he was forced out as defense minister, but he would remain a minister in the governments through the 1980s and early ’90s. After the failure of the Camp David summit and the beginning of the second intifada, Sharon would be elected prime minister in February 2001. He declared, as prime minister, that he would end the intifada and produce peace. He would send the IDF into the West Bank cities to destroy the terrorist infrastructure, but he would also make the decision to withdraw unilaterally from the Gaza Strip in 2005.

Sharon’s decisions were driven in part by some of the same factors that will confront Israel’s next government, so it is important to understand who he was and what drove him.

Sharon was a man of contrasts: Throughout his career, his superiors could not count on his loyalty, but he was unfailingly loyal to those who served under him — and they revered him. As Sharon wrote in his 1990 autobiography, he did not “trust” Arabs, yet he always employed Arab workers on his ranch, with whom he typically shared meals in his home.

He was merciless in criticizing Israeli leaders for not being tough enough on Palestinian terror, yet in response to the suicide bombing of the Dolphinarium nightclub in Tel Aviv, an attack that killed many teenagers, then-Prime Minister Sharon declared that “restraint is also strength,” as David Landau wrote in “Arik: The Life of Ariel Sharon.”

At the Wye River negotiations in 1998, he would not shake Yasser Arafat’s hand. Yet shortly after becoming prime minister, Sharon sent his son discreetly to meet the Palestinian leader and instructed him to be respectful and treat him with dignity.

As we note in our book, Sharon was the driving force behind building settlements in the territories seized in the 1967 war, and would declare that giving up any territory taken from the Arabs would signal Israeli weakness. Yet later he would be the Israeli leader who actually dismantled settlements in the Sinai and Gaza, and the first Israeli leader to publicly embrace Palestinian statehood there and in the West Bank.

Sharon, too, would ensure a Jewish state even if it meant breaking with Likud, the party he founded. He would do what had to be done, no matter the political cost. All the factors that led to his belief that he must act to preserve what was important to Israel also reinforced his view that he was the only one who could do it.

Making a decision and acting on it reflected what he believed was required of leaders: Leaders assume responsibility. Leaders had to be prepared to go it alone.

In many ways, Sharon saw leadership as his calling. He spent a career striving to get to the point where he would make the fateful choices for Israel. He played rough; he bulldozed opposition and former supporters. But he would never fail the test of being up to the challenge and getting the job done. Others might not have it in them to make big decisions, but for him that simply meant they were not cut out to be leaders.

Several factors led Sharon to make the decision to withdraw from Gaza. First, he was a firm believer that Israel must always take the initiative and not be acted upon or forced to react. For him, it was essential to prevent Israel from ever being cornered.

Dov Weisglass, a special adviser to Sharon, recalled that Sharon became convinced based on conversations with then Secretary of State Condoleezza Rice that the international community, including the United States, would not accept a deteriorating stalemate, and that if Israel did not act, it would have an initiative imposed on it.

Second, the impact of Israeli soldiers having to conduct police actions against the Palestinians weighed heavily on him, especially when reservists from elite commando units and the Air Force voiced their unwillingness to conduct operations in the West Bank and Gaza.

Third, demographic trends made him worry that if Israel did not withdraw, it would risk losing its Jewish majority or its democratic character. But Sharon was intent on ensuring a Jewish state, even if it meant breaking with Likud, the party he had founded.

Sharon was not an ideologue but a pragmatist. As circumstances changed, he adjusted.

Settlements, in his eyes, were driven by security and topographical needs so long as Israel faced conventional military threats from its neighbors. Once those threats became supplanted by asymmetrical threats from terrorist groups, Israel’s political needs internationally became more important. He dealt with what he believed was necessary for the state, and nothing would stop him from achieving it.

Today, Israel faces a looming, fateful choice. A little over three-quarters of all Israeli settlers live in about 5 percent of the West Bank that is closest to the June 4, 1967 lines. If Israel keeps building outside of the settlement blocs, Israel is on a path where it may soon lose the ability to separate from Palestinians. To face this challenge, Israel needs a leader who will rise to the occasion — and who recognizes the stakes and not just the cost of action, but also of inaction.

Because the Palestinians are divided now between Fatah and the Palestinian Authority in the West Bank and Hamas in Gaza, two states are impossible at this stage, and the issue of building outside of the settlement blocs is not an issue in the Israeli election. But whoever wins that election and forms a government will face the reality that separation may soon be lost as an option unless a decision — a courageous political decision given the weight of the settler movement in Israel — is taken.

Ross and Makovsky are the co-authors of “Be Strong and of Good Courage,” (PublicAffairs/Hachette), which was released this week.

Dennis Ross
is counselor and the William Davidson Distinguished Fellow at the Washington Institute for Near East Policy. He served as special assistant to President Obama, as Special Middle East Coordinator under President Clinton, and as director of the State Department's Policy Planning Staff in the first Bush administration.

David Makovsky
is the Ziegler Distinguished Fellow and director of the Project on Arab-Israel Relations at The Washington Institute for Near East Policy.
The views and opinions expressed in this article are those of the author and do not necessarily reflect the views of JTA or its parent company, 70 Faces Media.