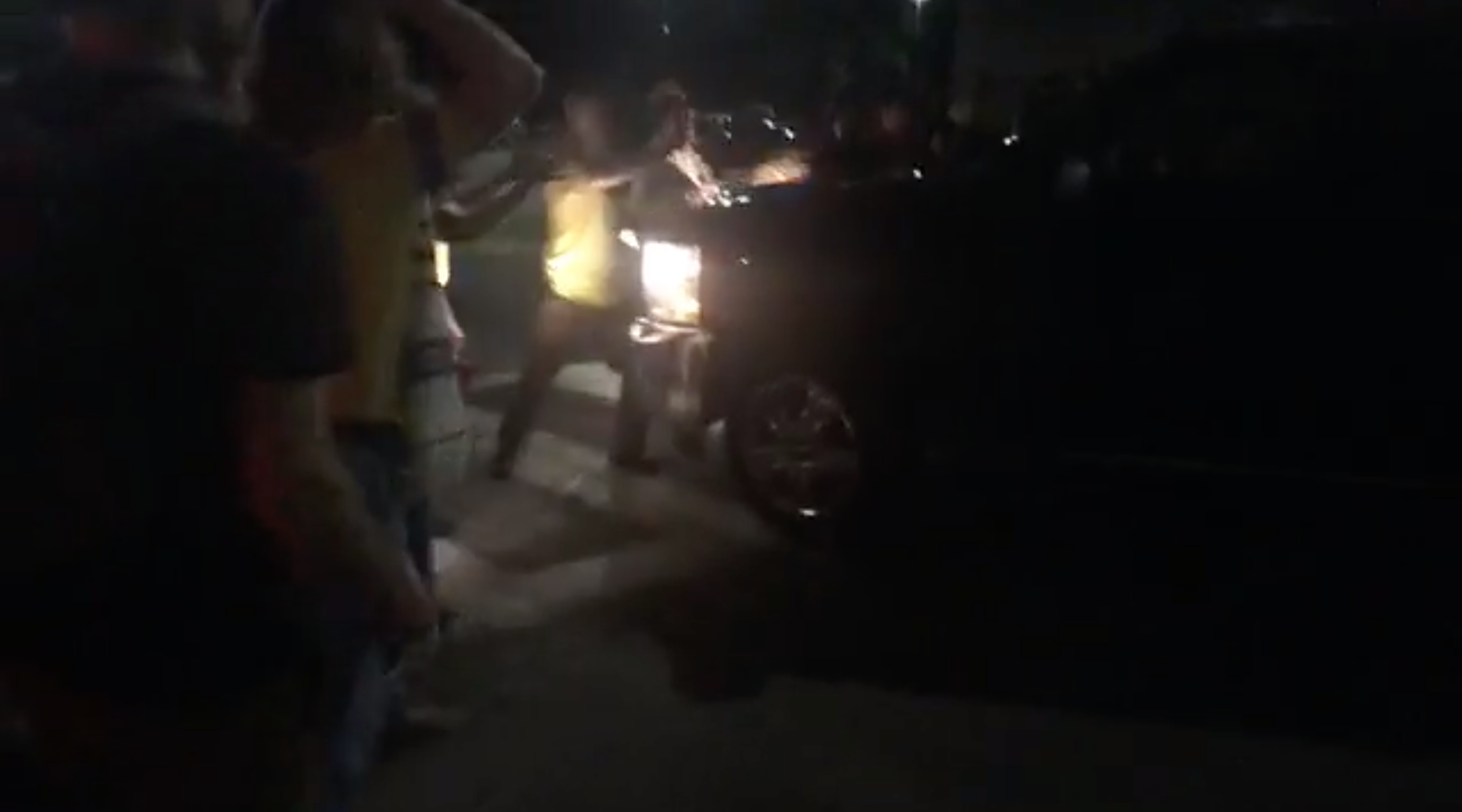 A pickup truck drives into a row of Jewish protesters sitting at the entrance to a parking lot outside an Immigration and Customs Enforcement detention facility in Central Falls, R.I., Aug. 14, 2019. (Screenshot from Facebook)
Advertisement

(JTA) — The ICE detention center in Rhode Island where a guard drove his truck into Jewish protesters postponed a public board meeting in the face of a planned Jewish protest.

The meeting has been rescheduled to start at 6 p.m. Friday, less than an hour before the start of the Jewish Sabbath.

Last month, a guard employed at the Donald W. Wyatt Detention Facility, an Immigration and Customs Enforcement center in Central Falls, drove his pickup truck into a row of Jewish protesters who were blocking the street entrance to the facility. The guard, Capt. Thomas Woodworth, resigned shortly after the incident.

The protest was organized by Never Again Action, a new Jewish group protesting ICE and U.S. immigration policy by getting arrested at ICE detention facilities.

Never Again Action planned to protest a public board meeting of the Central Falls Detention Facility Corp., which manages the Wyatt facility, on the evening of Sept. 9 with some 150 people signed up on Facebook to attend. But that afternoon, the meeting was canceled “[i]n light of the large number of people anticipated, and the need for sufficient time and appropriate safety measures to accommodate members of the public who would like to participate,” according to a corporation statement.

On Wednesday, the corporation announced that the meeting had been moved to the Friday time. The meeting will include an opportunity for public comment.

“We wanted to have the meeting as fast as possible,” the corporation’s spokesman, Christopher Hunter, told the Jewish Telegraphic Agency. “We said we’d reschedule the meeting shortly and we did it as fast as we could.”

Hunter bristled when asked if the board considered that Friday night was near the beginning of Shabbat.

“I’m not going to dignify that with an answer,” he said.

“I can’t speak for the intentions of the members of the Wyatt detention facility board, but it does seem to be pretty deserving of attention that after a Jewish group planned a protest for their meeting, they decided to hold it at sundown on Friday,” said Tal Frieden, a protest organizer. “But thankfully leaders in our tradition have taught us that we pray with our feet, so we won’t be deterred.”