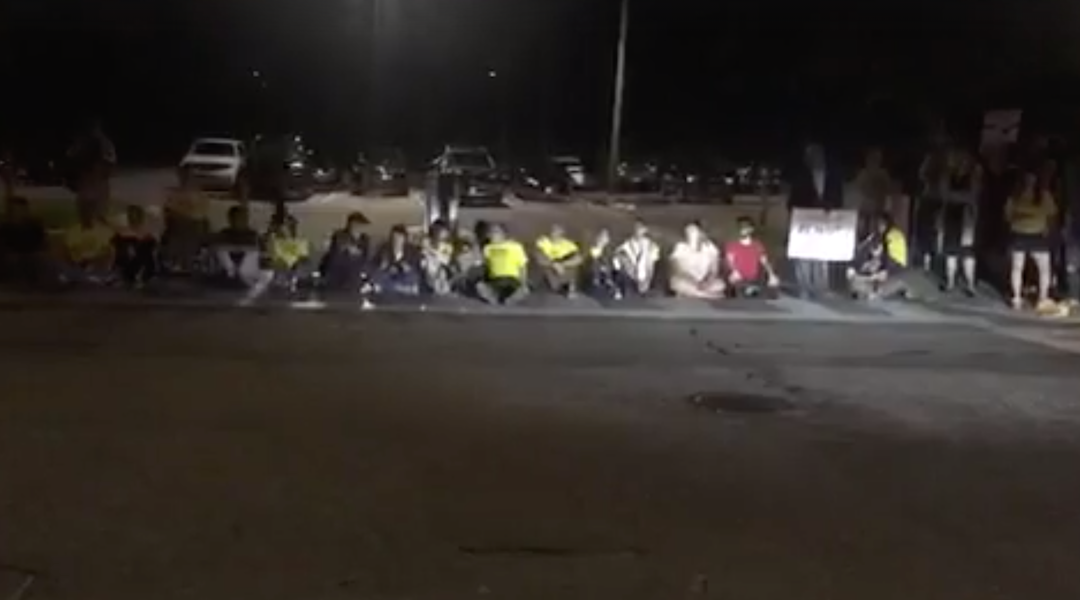 Some Jewish protesters sitting at the entrance to a parking lot outside an Immigration and Customs Enforcement detention facility in Central Falls, R.I., were hit by a truck, Aug. 14, 2019. (Screenshot from Facebook)
Advertisement

(JTA) — The Immigration and Customs Enforcement officer who drove his pickup truck into a row of Jewish protesters at a detention facility in Rhode Island has resigned from his position.

On Wednesday, Captain Thomas Woodworth drove into a row of protesters who were sitting on the ground and blocking the entrance to the Donald W. Wyatt Detention Facility in Central Falls. The protest was organized by the new Jewish group Never Again Action, which opposes ICE and United States immigration policy.

Woodworth was placed on leave from his job on Thursday, and police and the state attorney general’s office began investigating the incident. The next day, Wyatt announced that Woodworth had resigned.

“Captain Thomas Woodworth resigned from his position at the Donald W. Wyatt Detention Facility on Friday, August 16, 2019,” the statement read. “The incident which occurred on August 14 remains under active investigation by the Rhode Island State Police and under internal investigation by the Wyatt.”

Two people were hospitalized as a result of the incident, according to the group, including one person with a broken leg and internal bleeding. Three more protesters were hospitalized after being pepper sprayed by other officers.

On Thursday night, Fox Business personality Lou Dobbs accused the protesters of “assault” and said the driver was “within his rights” to drive into the row of protesters. He was interviewing former ICE acting director Tom Homan.

“In jurisdictions all around the country, by the way, what they committed is assault,” Dobbs said, later adding to Homan that the protesters were “complaining about the fact that he sought to do what was within his rights, which is proceed to park his vehicle and go to work.”

Homan responded, “Well, exactly,” and went on to criticize protesters of ICE.