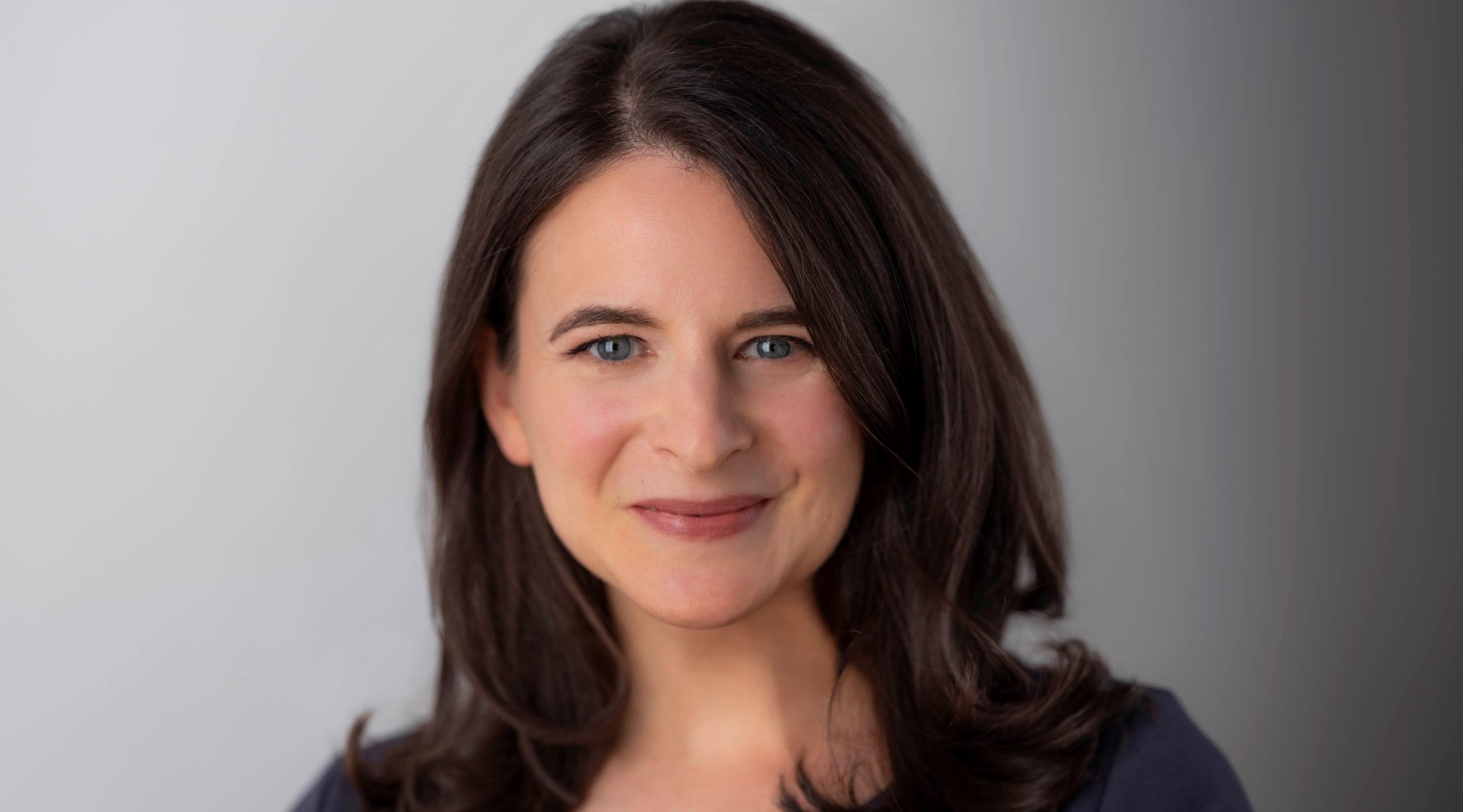 When Sarah Hurwitz was working as a senior speechwriter for President Barack Obama, and later as head speechwriter for Michelle Obama, she often was assumed to be a good source of knowledge about Judaism.

She had grown up nominally Reform. And after her bat mitzvah, Hurwitz felt her relationship with Judaism was pretty much over.

“I don’t think I’m the only Jew who has viewed Judaism as if it were a distant relative whom I loved in a vague familial way and was required to see a few times a year but had no desire to get to know further,” Hurwitz wrote in her new book, “Here All Along: Finding Meaning, Spirituality, and a Deeper Connection to Life – in Judaism (After Finally Choosing to Look There)” (Spiegel & Grau).

Almost on a whim, Hurwitz decided to take an Introduction to Judaism class, supposing there were worse ways to spend her precious free time.

Being reintroduced to Judaism as an adult made Hurwitz curious to know what else she had missed out on — so much so that for the next five years she embarked on a spiritual journey of sorts. Figuring there were many others like her, Hurwitz resolved to write a book to explain to her fellow disaffected Jews what they’ve been missing.

“In that class, I was exposed to Jewish ethics and all of this really profound and insightful and wise thinking about what it means to be a good person,” Hurwitz said in an interview. “I was exposed to Jewish spirituality and theology, which is incredibly sophisticated and moving and thoughtful and was so much more resonant with me than anything I had heard previously.”

Being a Jew who didn’t come from a strong Jewish background makes her story relatable to readers, Hurwitz said. She takes readers through her discovery of canonical Jewish thinkers like Mordecai Kaplan and Martin Buber, along with a wide range of contemporary figures whose books she read, including Rabbi Jill Jacobs, director of T’ruah-The Rabbinic Call for Human Rights, and Jewish ethics expert Rabbi Joseph Telushkin.

“In five years of intensive exploration, I spoke to such a wonderful range of people,” she said. “I love the diversity of those who have mentored me. I got such a tremendous range of perspectives.”

Concomitantly, Hurwitz’s own Jewish engagement deepened. She experimented with observing Shabbat. In 2015, she traveled to Israel with REALITY, a weeklong leadership journey run by the Charles and Lynn Schusterman Family Foundation for “highly influential thinkers and trailblazers” that aims to “ignite their ambition to change the world.” She also was recently named a Schusterman Fellow, which Hurwitz describes as “a phenomenal leadership development program for creating Jewish leaders.”

Most notably, she said, her Jewish learning impacted how she treats others.

“The mitzvot include not just ritual practices, but also ethical ones,” Hurwitz said. “My Jewish practice has very much deepened around those – how I use my speech, how I treat others, how I understand my commitments to those in need. I now see all of that and much more through a Jewish lens, and that affects the way I act on a daily basis.”

Because her book is about Judaism and not a memoir about her time in the White House from 2009 to 2017, neither politics nor the Obamas get much play. (Hurwitz, a graduate of Harvard College and Harvard Law School, also worked on Hillary Clinton’s 2008 presidential campaign and wrote speeches for candidates John Kerry and Wesley Clark during the ‘04 presidential campaign.)

But one anecdote about her work with the first lady shows how universal some themes in the Torah can be.

“One of the key animating insights of the Torah and all of Judaism, really, is that we are all created in the image of God,” Hurwitz said. “What this phrase means is that we’re all worthy, totally equal and completely unique.”

When Hurwitz first came across that concept in the Torah, it occurred to her that it wasn’t new to her at all, but rather “the animating idea of almost any speech I’ve written in my life.”

She specifically remembered how it figured into a speech that Michelle Obama gave about girls’ education.

“I wrote about girls in other countries who don’t have the opportunity to go to school, and that each one is infinitely worthy and equal to any other girl and has something amazing to offer,” Hurwitz said.

Quite early in her journey, Hurwitz attended a Jewish meditation retreat, where she had a transformational moment about her concept of God.

“Before that retreat, I had assumed that Judaism says that God is a man in the sky who rewards and punishes us, and with that as my only God option I was an atheist,” she said. “But on this retreat, it was the first time I was exposed to Jewish conceptions of God that were a lot more sophisticated. I was exposed to Hasidic thinking, which talks about God not as a being in the sky but as everything, as the source of all life.”

In a section of her book on how to pray, Hurwitz admits her own discomfort with some of the language in Jewish liturgy, such as the line in the evening prayer, Maariv [the prayer is the Maariv Aravim. The whole evening service is Maariv]: “Praised are you, Adonai our God, Ruler of the universe, who speaks the evening into being, skillfully opens the gates, thoughtfully alters the time and changes the seasons and arranges the stars in their heavenly courses according to plan.”

It makes “God sound like a cross between an emcee, an experienced doorperson and a professional event planner,” she wrote.

Quoting Hadar Institute CEO Rabbi Elie Kaunfer, Hurwitz advises readers to learn enough about each prayer to wonder what it could possibly mean for them. She also advises that scripted communal prayer is not the only way to pray.

“Meditation is a Jewish spiritual practice, as is unscripted personal prayer,” she said. “We also have a beautiful blessing practice, with constant wake-up calls to be grateful for the daily blessings we have.”