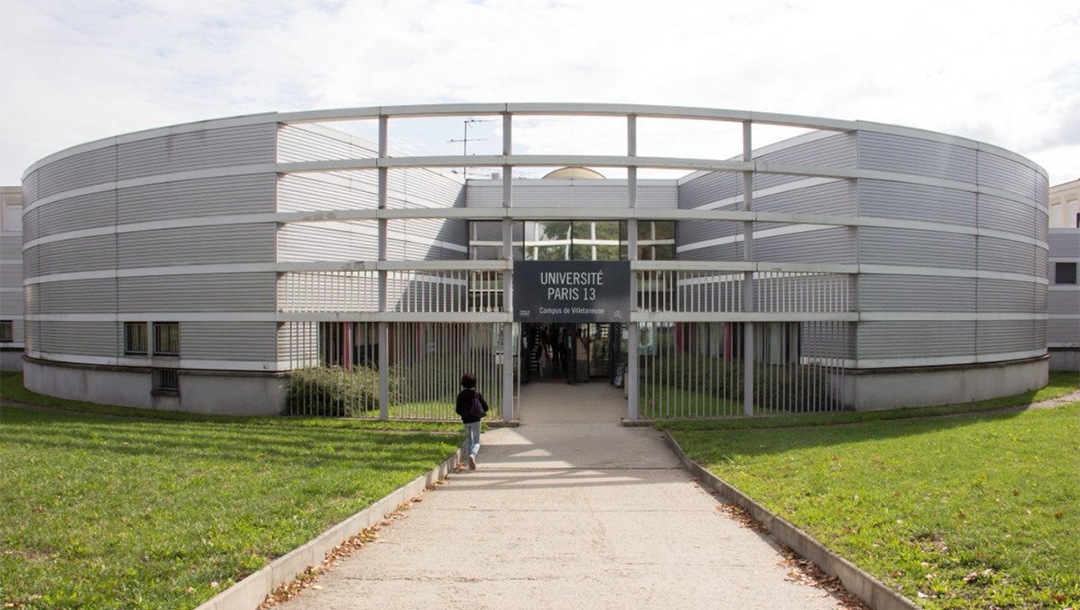 The entrance to Paris 13 University in France, where a student says she was harassed by anti-Semitism from her peers. (Courtesy of Paris 13)
Advertisement

(JTA) — When a French-Jewish medical student revealed last year that some of her classmates were harassing her with Holocaust jokes and Nazi salutes, the story made headlines.

The affair prompted French Education Minister Frederique Vidal to say that the alleged harassment of the student known as Rose was “profoundly unacceptable.”

On the campus of the prestigious Paris 13 University, authorities took Rose’s complaints seriously. She also took them to police, Rose said in an interview published Tuesday in Le Point.

Yet a year later, Rose told the magazine, she has transferred, on faculty’s advice, to a different university and her complaint alleging hate speech and racist harassment was closed by prosecutors for what they said is lack of evidence.

The case of Rose, a 21-year-old who grew up in the impoverished suburb of Bobigny, grabbed the country’s attention not because campus anti-Semitism is rare in France, but because she described incidents shocking in their crassness at one of the republic’s most prestigious universities.

Rose described a class Facebook page in which students listed and ranked Jewish classmates according to their level of affiliation as part of a string of jokes online and on campus featuring anti-Semitic hate speech.

“Jew level 31, involved but capable of interacting with the goyim,” one remark about a Jewish student read on a Facebook group belonging to Paris 13 students.

“Jew level 75, category 4, will do anything for the community,” another said about Rose.

A third one read: “Level 2, aware that there’s a holiday called Shabbat.”

Students wrote about another Jewish student that he’s “less concentrated than a concentration camp,” Rose said.

Around her, she also said, classmates played a game they called “frispa” in which a kippah was thrown around like a Frisbee just to provoke her. The classmates would point at Rose and make insults, ignoring her pleas that they stop, she added.

On a student Facebook channel, the same students and others invented a caption contest about her that included “Auschwitz 2019,” “deportation 2019” and “Nazis against Jews” accompanied by a graphics-generated picture depicting a Jewish student on fire.

At first, faculty responsible for handling Rose’s complaints appeared serious about tackling the problem. Eight students were summoned to appear before a disciplinary committee.

“At that point I believed I had won: I was listened to, taken seriously and told I was right to call out these acts,” she told Le Point.

But Rose said she then found out that she had been ostracized on campus. Some students called her a “cancer,” a friend told her. She was not invited to attend social and class activities.

“I went to university with a knot in my stomach. My mother had to accompany me to the lecture hall. I didn’t even dare to go to the bathroom on my own,” she said. “I would eat alone at the cafeteria. I was the traitor, I was completely isolated. At 21, I had become a corpse socially.”

Observing this, university faculty began speaking to Rose about transferring, which she eventually requested and did, though she felt that “it’s not like I had much choice” in the matter, she told the magazine.

Tuesday’s expose about the handling of Rose’s complaint follows other evidence that high schools and universities in France are becoming inhospitable to Jews. In a poll from March, 90 percent of 405 Jewish students said they had been subjected to anti-Semitism on campus through insults that traffic in stereotypes, jokes about the Holocaust and more.

In 2016, Francis Kalifat, the president of the CRIF umbrella group of French Jewish communities, said that in the Paris region, “there are virtually no more Jewish pupils attending public schools.”

Sammy Ghozlan, a former police commissioner in the Paris area who heads the National Bureau for Vigilance Against Anti-Semitism, in a recent interview with the Jewish Telegraphic Agency cited the 2017 murder of Sarah Halimi, a Jewish physician, in Paris. Her killer, a Muslim man who shouted about Allah and called Halimi a “demon” as he pummeled her to death, was recently found not to be criminally responsible for his actions because he had smoked marijuana before killing Halimi, his next door neighbor.

Despite strong rhetoric by political leaders on the need to fight anti-Semitism, Ghozlan told JTA in April that he no longer has “full confidence that anti-Semitic hate crimes in France are handled properly.”

Rose has transferred to the Paris-Descartes campus. She says she is happy there and not being targeted for being Jewish.

But her legal fight against her alleged tormenters at Paris 13 has failed. Her testimony to police was disputed in several sessions even though she provided police with screenshots of the rhetoric about Jews that led her to file a complaint. In January, prosecutors in Bobigny told Rose that they were closing the case, essentially dismissing her complaint.

She will not appeal or seek further action, she told Le Point.

“I don’t feel like sitting through further questioning,” she said. “I’ve had enough. I’m beat.”