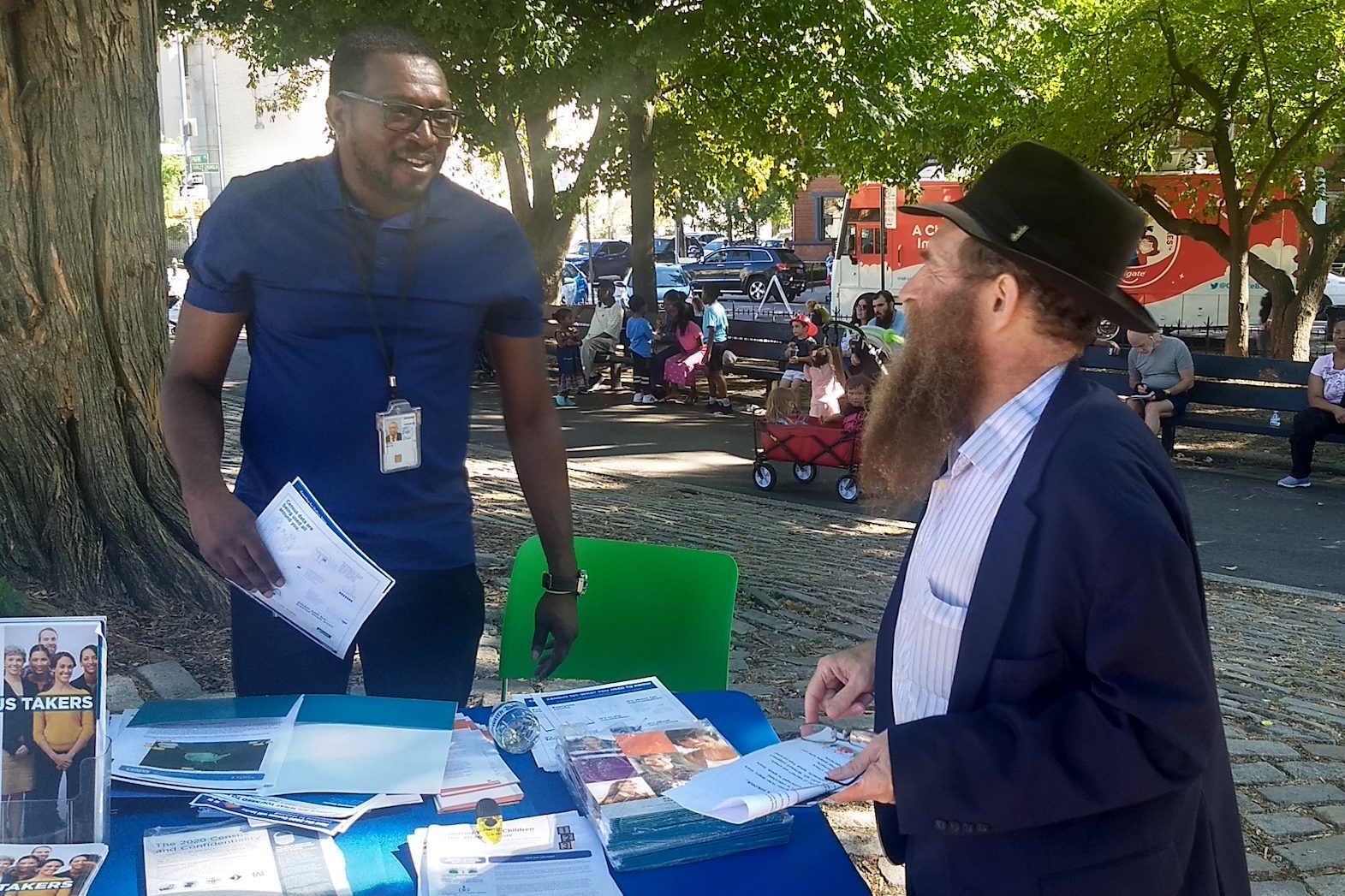 Someone had allegedly thrown a block of ice at a Hasidic man driving a car. It was the second allegedly anti-Semitic attack that week, coming days after an assailant had bashed a Hasidic man’s head with a brick.

Two weeks later, at the same park, the famously fraught neighborhood projected a much different image: one of a diverse and peaceful community.

At a community festival on Sunday, a popular Orthodox Jewish children’s singer shared the stage with a Caribbean dance group on stilts. Jewish and African-American children played together on a closed-off street. And inside a tent behind the stage, attendees sat in a circle and discussed contentious issues like hate crimes and gun violence.

This was the fourth annual #OneCrownHeights festival, but it felt especially relevant this year following a string of attacks on Orthodox Jews in Brooklyn that has heightened tensions in the area.

Crown Heights, a majority African-American neighborhood with a sizable Hasidic Jewish community and a growing population of hipsters, was the site of some of those attacks.

The violence has sparked painful memories of the 1991 riots there, which began when a black boy was killed accidentally by a car escorting Menachem Mendel Schneerson, the late head of the Chabad-Lubavitch Hasidic movement headquartered in the neighborhood. The death touched off three days of rioting in which black youths attacked religious Jews, killing one. 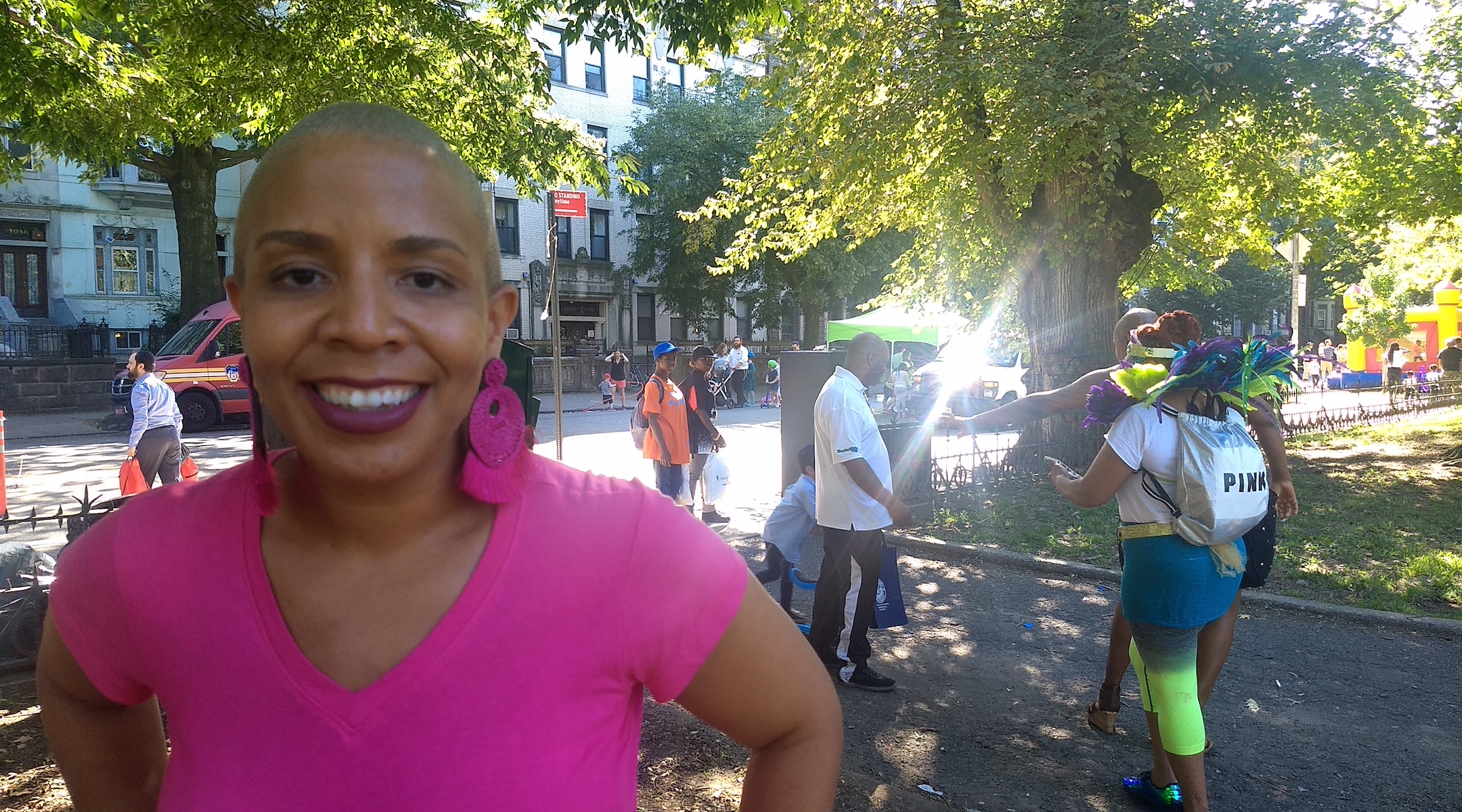 “When you have very diverse communities coming from very different cultures living in one environment, we can’t simply think that living together, everything is going to be harmonious,” Laurie Cumbo, the New York City Council majority leader who represents Crown Heights, told the Jewish Telegraphic Agency. “It takes a lot of hard work and dedication to live in a diverse community.”

Cumbo was among a number of local politicians who spoke at the event, which was co-sponsored by a range of groups, including the Jewish Community Relations Council of New York and the Brooklyn Children’s Museum. The American Jewish Committee sponsored the conversation tent behind the stage.

Several participants said they understood that a single festival doesn’t mean that all is well on the ground, but they hoped that events like this would lead to more organic interaction day to day.

“After the Crown Heights riots there was a lot of engagement, and so the communities were getting along a lot better,” said Duane Joseph, a festival volunteer who grew up in Crown Heights and lived through the riots. “But I think over the years there’s a bit of apathy and decline in the conversation, so that’s what they’re trying to do now, to bring back the conversation.”

Some on hand disputed that the attacks on Jews represented a wider problem in the neighborhood.

Rabbi Eli Cohen, executive director of the Crown Heights Jewish Community Center, said he’s mostly heard his African-American neighbors condemning the attacks and believes that officials have responded appropriately. He says the neighborhood is a lot more united now than it was in 1991. 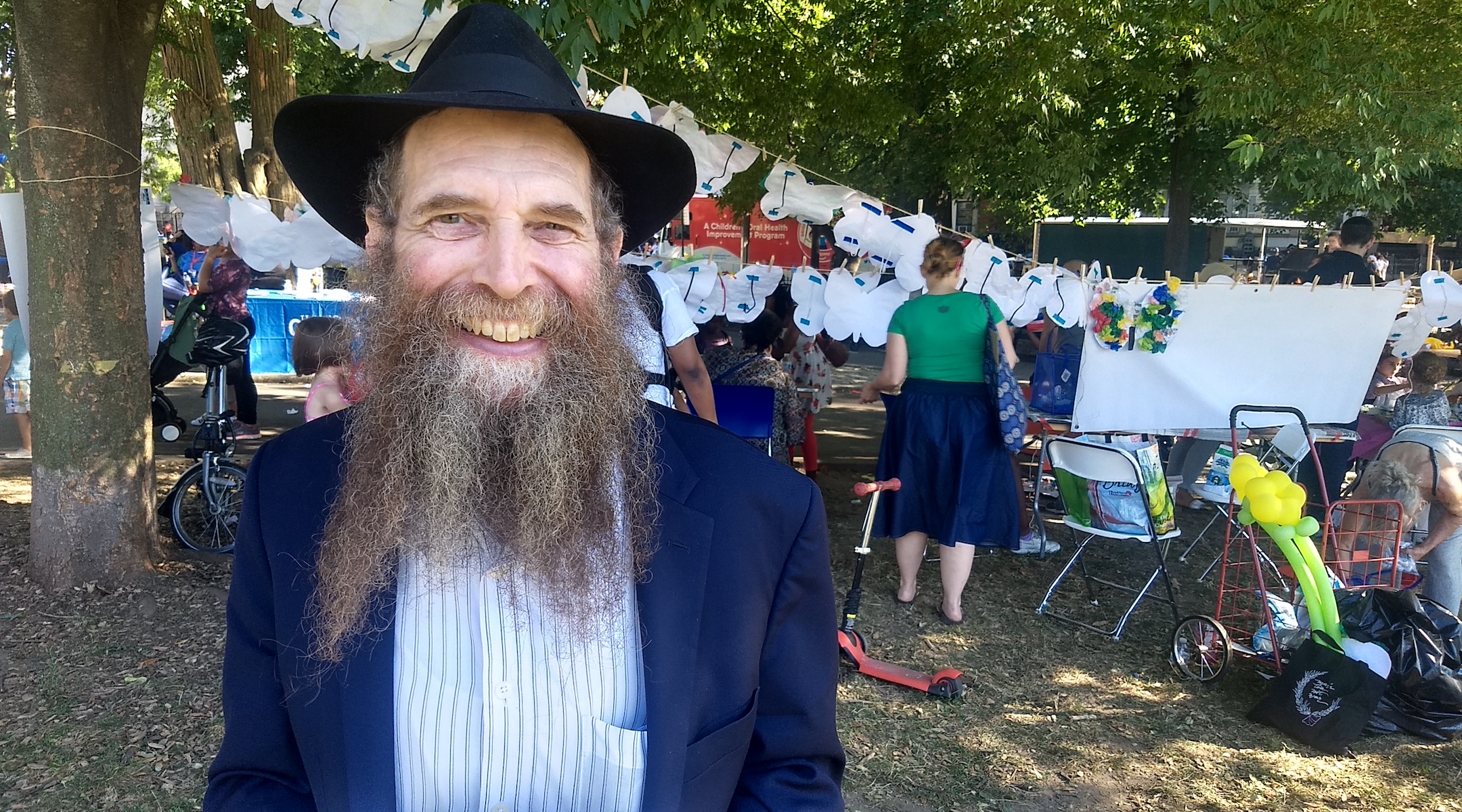 Rabbi Eli Cohen said relations have improved in the neighborhood since the 1991 riots. (Ben Sales)

“I think there’s a trend we have to deal with, we can’t ignore it, but on the other hand, overall community relations are really good,” Cohen said. “The incidents that have taken place are not between communities, they’re within a community shared by a lot of different people.”

Still, some people at the event raised festering issues.

At the discussion about gun violence, one woman talked about how she was surprised to feel more comfortable when she learned that there were firearms at an apartment she was visiting on a dangerous block. And Cumbo said that recently, in addition to the attacks in Crown Heights, a park just down the road has been the site of repeated incidents of gun violence.

“Every person should be able to go out with their family and experience a safe environment wherever that is,” she said. “There is a community that has been underserved, under-resourced for generations, so gentrification and new coffeehouses and new boutiques don’t pop up and the problem is solved.”