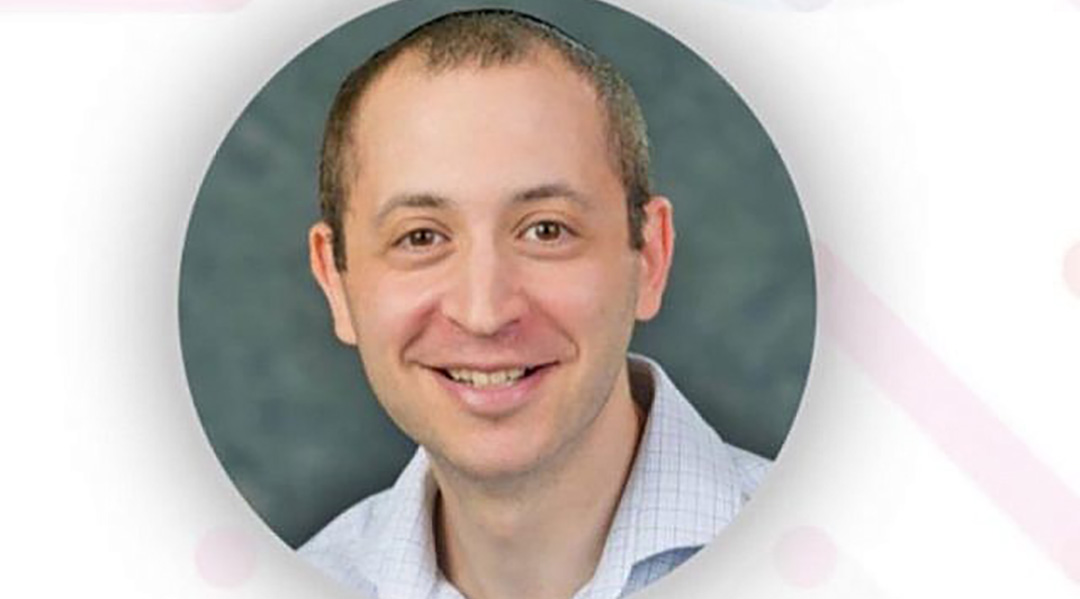 Riverdale, a tight-knit, densely populated Modern Orthodox community in the Bronx, is reeling this week after a day school principal at Salanter Akiba Riverdale Academy (SAR) was arrested by federal authorities last Friday on charges of possessing and producing child pornography and coercing a 14-year-old boy into sending him sexually explicit pictures.

Rabbi Jonathan Skolnick, 37, a popular middle school associate principal at the well-regarded school, was arrested at his Riverdale apartment by federal authorities late Friday night. The educator, who was fired by SAR, will be held until a detention hearing this week, according to a statement released Tuesday by the United States Attorney’s Office and the FBI.

“As an associate principal of a Bronx private school, one of Jonathan Skolnick’s primary responsibilities was the well-being and education of students. Instead, Skolnick allegedly preyed on his underage victims in a heinous plot to fool them into sending him nude photos of themselves,” wrote U.S. Attorney Geoffrey S. Berman in the statement. The arrest, on charges of child enticement, production, receipt and possession of child pornography and extorting at least one teenager for sexual images, “exemplifies law enforcement’s ability to detect those attempting to use the ‘anonymity’ of the internet to prey on young children.”

In an email sent out to the SAR community on Monday afternoon, SAR Principal Rabbi Binyamin Krauss said the school is “cooperating with the FBI and law enforcement to gather any information about these horrible allegations.” In the email, Rabbi Krauss said there is “reason to be concerned” that SAR students may have been victims or potential victims. The email urged parents to reach out to authorities.

A neighbor in Skolnick’s Riverdale building, who wished to remain anonymous, described the Friday night scene as “crawling with feds” when she returned home from a Shabbat meal. The sounds of authorities “battering down his door” were frightening, she said.

On social media and in gatherings organized by the school, including a meet-up organized for SAR parents on Tuesday morning, community members responded with shock and despair.

“He was really popular with the students,” said an SAR parent of two middle-school children, who asked to remain anonymous for privacy reasons. She said her eldest son had planned to meet with the rabbi on Monday to work through an ordinary social issue — “when he got to school, he found out the meeting was canceled because the rabbi had been arrested.” Her youngest child has been “upset by the news on so many levels. She’s asking me: ‘How can you trust anybody?’”

The parent said Rabbi Skolnick was one of the staff members to speak to middle school students about the “dangers of the internet” last year. “He taught the kids about being responsible digital citizens. The irony stings.”

On social media, parents and community leaders posted about the difficulty of speaking to their children — several of them SAR students — about what had happened.

“I am traumatized from reading that email,” posted Shira Hecht-Koller, an SAR parent of two high school students, referring to the email sent out by Rabbi Krauss Monday afternoon. (Hecht-Koller also previously taught at SAR high school.) “My 17-year-old SAR daughter and I just sat in the kitchen in total shock … . This is so emotionally taxing for those of us just tangentially touched, I can’t even imagine the parents of kids directly impacted.”

“It is an earthquake. It is impossible to talk through an earthquake. When the ground stabilizes, there will be more to say,” posted Rebecca Leicht, a parent living in Riverdale. Though her young children do not attend SAR, she has a generational connection to the institution; her father attended the school in the 1950s.

For the Riverdale community, Skolnick’s arrest is the latest in a series of scandals relating to allegations of child sexual abuse. Earlier this month, three lawsuits were filed against SAR in the Bronx County Supreme Court of New York State under the new Child Victims Act. The complaints, filed by former SAR students, allege that Stanley Rosenfeld, a former teacher and administrator at the school, sexually abused at least a dozen SAR students during his tenure there in the 1970s and 1980s. The lawsuits allege that leadership at the school knew of the abuse but failed to report it to civil authorities.

SAR commissioned an investigation into allegations against Rosenfeld, now 84, last year. The former educator has admitted to abusing hundreds of boys throughout his lifetime.

The Bronx community, which prides itself on a progressive brand of Orthodoxy, is also clouded by allegations against Rabbi Jonathan Rosenblatt, the former senior rabbi of the prominent Orthodox synagogue The Riverdale Jewish Center. In a New York Times article published in May 2015, Rabbi Rosenblatt was accused of taking boys as young as 12 to a local sauna, sometimes naked. The rabbi, who fought hard to keep his job, eventually resigned in February 2016, leaving a splintered community in his wake. Many congregants rallied to his defense while others quit and formed a breakaway congregation.

In 2012, the Orthodox community in Paramus, N.J., dealt with a similar situation after Evan Zauder, a former sixth-grade teacher at the local yeshiva day school Yeshivat Noam, was arrested by federal agents for possessing hundreds of videos and photographic images of child pornography. Zauder pleaded guilty to the charges in January 2013.

Both Skolnick and Zauder were respected members of the community, honored for their educational prowess. Zauder was on the cusp of receiving rabbinic ordination from Yeshiva University and a master’s degree in education from New York University, and had landed a prestigious fellowship with the Jim Joseph Foundation before he was arrested.

Rabbi Skolnick, described by several SAR parents as “beloved” and “great with students,” was listed as a panel speaker last year on “Role Models in the Educational Setting.” (The web page promoting the event has since been deleted from SAR’s website.)

Rabbi Steven Exler, the senior rabbi at the Hebrew Institute of Riverdale or The Bayit, a large Modern Orthodox synagogue in the Bronx, sent out an email Monday night informing congregants that Rabbi Skolnick — who “davened regularly” at the synagogue over the past 14 months — would no longer be allowed on the premises.

“Our clergy team is available to listen and support you in any way we can,” wrote Rabbi Exler, including contact information for the synagogue’s child protection committee.

Rabbi Skolnick lived in Riverdale and worked at SAR for 14 months. Prior to his employment at the Bronx academy, he worked at Yeshivah of Flatbush, an Orthodox day school in Brooklyn, from 2012 to 2018. Raymond Harari, the head of school, and Jeffrey Rothman, the school’s executive director, wrote in an email to the school community Monday that they are “not aware of any inappropriate behavior” on Skolnick’s part while he was at the school. They asked that anyone with allegations of misconduct contact the school and the FBI.

The criminal complaint — filed on Sept. 14 before a United States magistrate judge of the Southern District of New York and approved by an assistant U.S. attorney — described the former principal’s interaction with one 14-year-old boy. According to the report, Rabbi Skolnick began communicating with him around March of 2019 by using a fake phone number to impersonate several teenage girls around the boy’s age. After sending the young man naked female photos, Skolnick, acting as a teenage girl, asked the victim to email nude and sexually explicit photographs of himself, which he did. But when the student refused to send more, Skolnick threatened to publicly release the photographs the young man had already sent. According to the report, Skolnick sent threatening messages to the victims as recently as last week.

According to the complaint, Skolnick admitted that he had asked for sexually explicit photos from between 20 and 25 victims, most of them minors.

Skolnick’s lawyer, Jonathan Marvinny, did not respond to requests for comment.