Pioneering journalist Cokie Roberts, who with her husband wrote about their interfaith marriage, dies 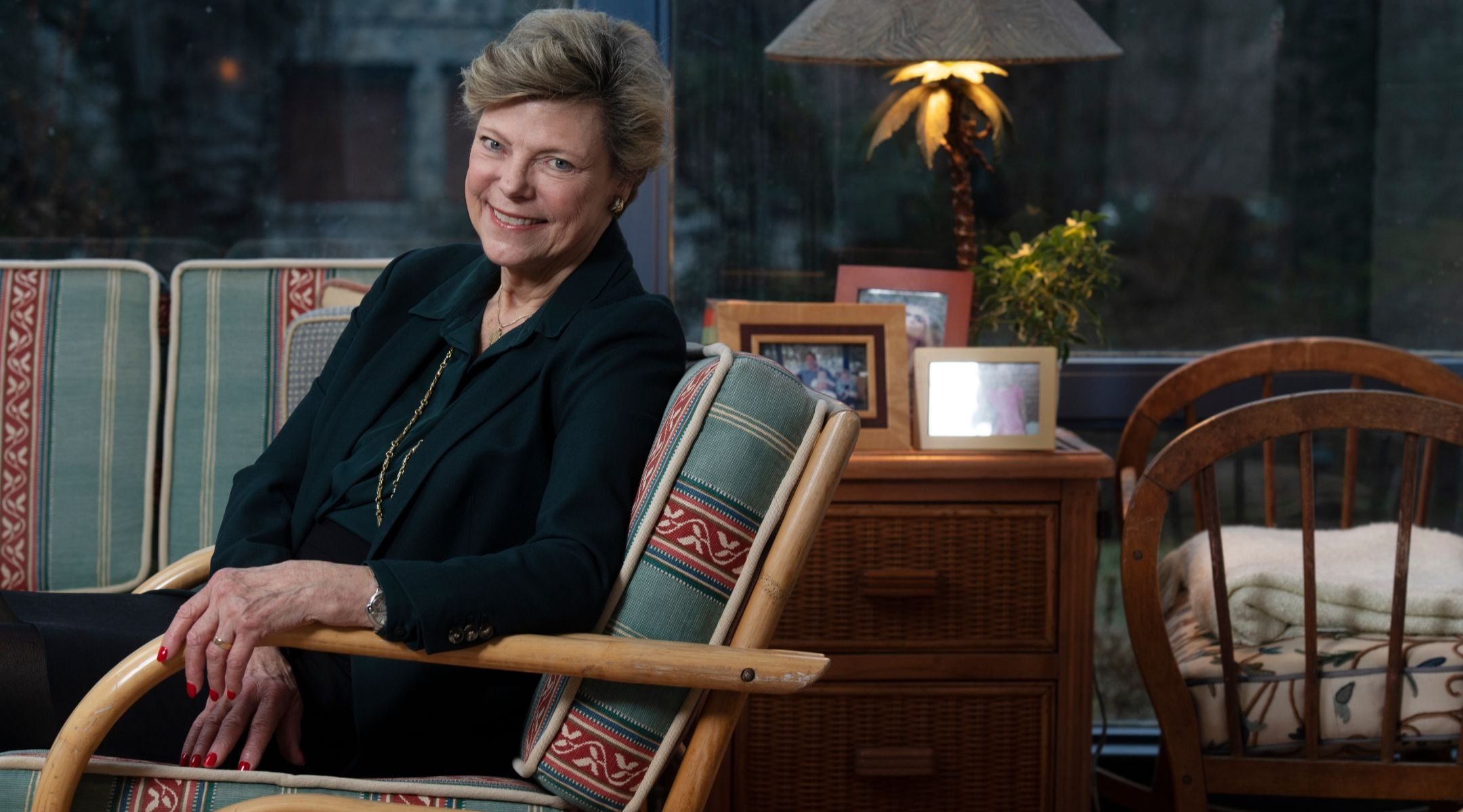 Cokie Roberts in her home in Bethesda, Md., Feb. 5, 2019. She never converted to Judaism, but her husband joked that "she was the best Jew in the family." (Marvin Joseph/The Washington Post via Getty Images)
Advertisement

(JTA) — Cokie Roberts, a pioneering journalist who with her husband wrote an interfaith Haggadah and published a book about their interfaith marriage, has died.

Roberts was one of the few female voices on the air when she began in the 1970s and won several prestigious awards for her work, including an Emmy. She was inducted into the Broadcasting and Cable Hall of Fame in 2008.

Roberts died Tuesday in Washington, D.C., at 75 from complications of breast cancer, the family said in a statement.

She married Steven Roberts, a Jewish journalist and journalism professor at George Washington University, in 1966.  Over the course of their careers, the couple collaborated on many occasions, including writing a nationally syndicated news column for USA Weekend for several years.

The couple co-wrote the book “From This Day Forward,” first published in 2000, which candidly tells the personal story of their interfaith marriage while discussing the wider topic of the state of marriage in America. In 2011, they published “Our Haggadah: Uniting Traditions for Interfaith Families,” a guide for mixed-faith families in which they describe their approach to celebrating Passover with family and friends of all faiths.

Steve Roberts told the Interfaith Family website “There’s a joke that Cokie is the best Jew in the family, and there’s a lot of truth to that.” Cokie Roberts told The Washington Post that she did not convert to Judaism for her husband because “I couldn’t give up Jesus.”

Cokie Roberts joined National Public Radio in 1978, and remained associated with the network as a political commentator until her death. She began working for ABC News in 1988 as an on-air analyst, and served for eight years as co-anchor of its Sunday morning broadcast and as chief congressional analyst, as well as covering politics, Congress and public policy for “World News Tonight” and other ABC News broadcasts.

She won the Edward R. Murrow Award and the Walter Cronkite Award for Excellence in Journalism. She won the Emmy in 1991.

Roberts’ full name was Mary Martha Corinne Morrison Claiborne Boggs, but she was first called Cokie by her brother, who could not pronounce Corinne. Her father was Thomas Hale Boggs, a Democratic congressman from Louisiana, and her mother, Lindy, was ambassador to the Holy See and then was elected to serve as a Louisiana congresswoman in the seat that had been held by her husband until his death, which she held for 17 years.

She is survived by two children and six grandchildren.