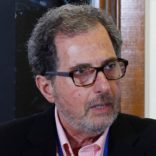 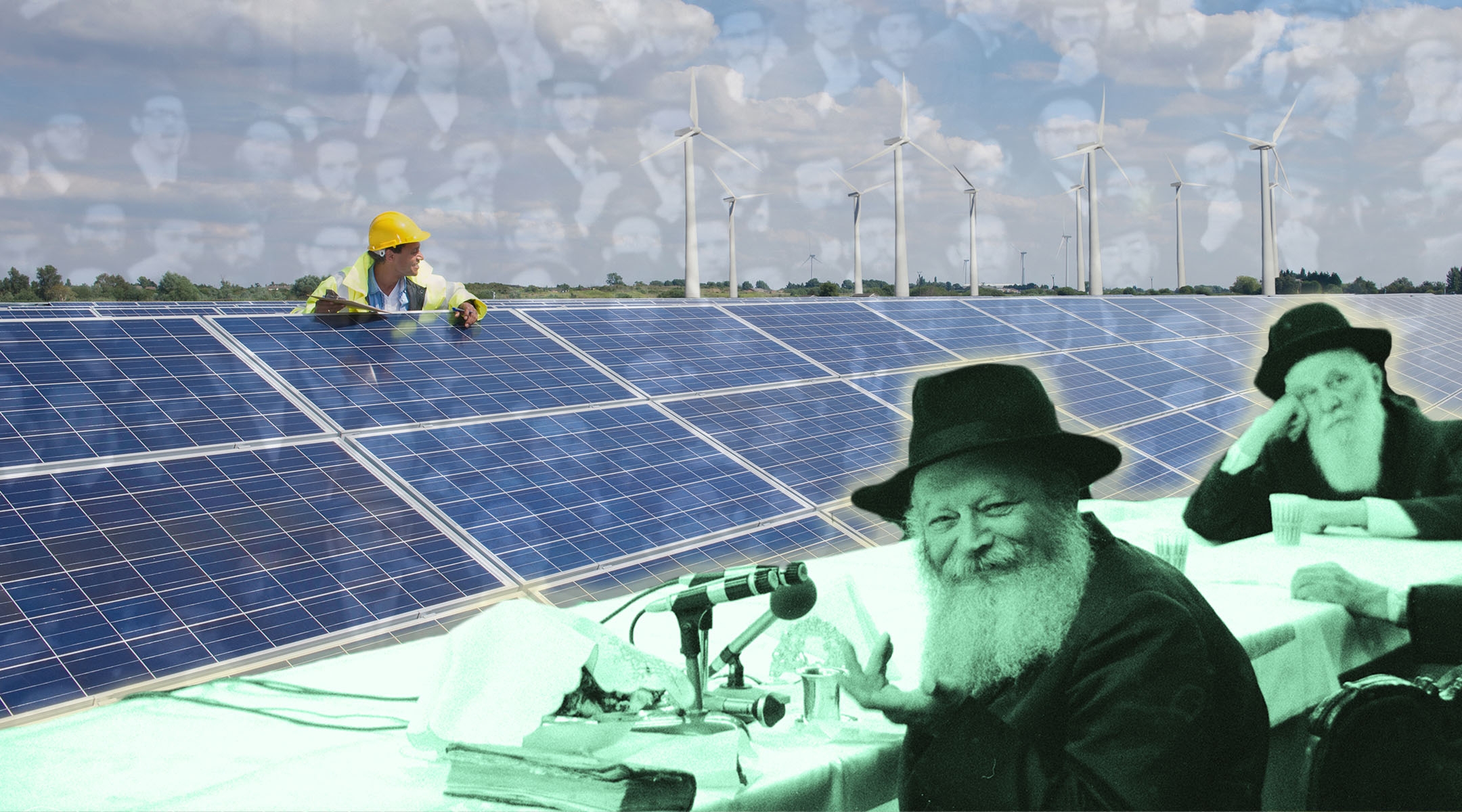 PENN YAN, N.Y. (JTA) – With refineries ablaze in Saudi Arabia, you might be forgiven if you forget that in the Amazon and Indonesia, forests are ablaze as well.

Yet these two conflagrations are not unconnected. As ever, ecological crises and geopolitical crises are deeply intertwined – and the universal interest of the global community is threatened by the narrow interests of particular individuals, groups and nations.

The central debate that has raged among free-marketeers, scientists and policymakers since the Santa Barbara oil spill in 1969 is whether humanity should unheedingly reap the bounty of the earth or more carefully consider the impact of our actions.

Views on ecological questions obviously differ across religious denominations. But according to a 2014 Pew Research Center survey, religiosity generally correlates with holding the opinion that environmental regulation is not worth the economic cost.

But are ecological and religious ideologies necessarily at odds?

The example of Rabbi Menachem Mendel Schneerson, the Lubavitcher Rebbe, tells us that it doesn’t have to be this way.

On April 15, 1981, just a few months after the inauguration of President Ronald Reagan, Rabbi Schneerson addressed the issue directly in a talk that was broadcast live on satellite television. The media cycle was awash with reports of concerns over the incoming administration’s preferences for offshore drilling and nuclear energy while cutting funding for solar energy development.

The oil shocks of the 1970s, along with the Soviet Union’s emergence as the largest exporter of petroleum, had turned the competing priorities of energy security and environmental security into a crisis that seemed to pit domestic and foreign policy concerns against one another. At the same time, early warnings about global warming were also beginning to make headlines.

It was in this context that Schneerson pointed to a Jewish practice that is both ancient and obscure, citing it as a clue, or reminder, that a solution was at hand. The Talmud states:

One who sees the sun in its cycle … recites ‘Blessed [are You] … Maker of creation. And when is it? Abaye said: Every 28 years when the cycle is complete … (Berakhot 59B)

This fairly rare event on the Jewish calendar occurred twice during Schneerson’s tenure as leader; in 1953 and in 1981, just a few days before he delivered the televised talk under discussion. Energy security and environmental security, he argued, did not stand in competition to one another. Both could be prioritized through national investment in solar energy solutions. In his own words:

“The ‘blessing of the sun’ reminds us again, and with additional emphasis, that we have an open and clear path … to utilize the sun … This is a resource that this nation in particular, in its southern regions, has in very great abundance … This can all be achieved if it is based on the foundation of God’s help, and on faith in God … Then we will not reckon with the challenges from people who might stand to profit personally by opposing this, and in a relatively short time the nation will be freed from being servile to small fiefdoms who have oil in their territories.”

In the course of his discussion Schneerson also touched on the development of other domestic energy resources, his opposition to American isolationism, the religious significance of scientific progress, and on America’s responsibility to advocate for human rights and freedom of religion. All these issues are of as much relevance today as they were back in 1981.

As a sociologist, Schneerson’s intervention interests me not simply because one would not expect a Hasidic rebbe to give a televised speech, in Yiddish no less, about geopolitics and energy policy. But more so because it exemplifies both the broad scope of his worldview and the social, moral, spiritual and religious conception that undergirds it. Herein lies the key to understanding Schneerson’s lasting appeal both during his lifetime and in the decades since his death.

Max Weber in his pioneering work “The Sociology of Religion” offers an especially nuanced and pertinent appraisal of the type of religious figure who tends to be labeled a prophet. To speak of prophecy, from a sociological viewpoint, is not to express belief in supernatural powers of telepathy (nor necessarily to rule them out), but rather to describe a distinctive and extraordinary agent of social change.

“To the prophet,” Weber writes, “both the life of man and the world, both social and cosmic events, have a certain systematic and coherent meaning.”

The American Jewish thinker Rabbi Abraham Heschel wrote something similar: “The main task of prophetic thinking is to bring the world into divine focus.”

As I argue in my new book, Social Vision: The Lubavitcher Rebbe’s Transformative Paradigm for the World (co-written with Eli Rubin and my son Michael), Schneerson possessed a distinctly prophetic orientation of exactly this sort. This is very well reflected in the distinct religiosity of the ecological approach developed in his 1981 talk, which he rooted in a Midrashic teaching that he had cited many times before:

As one of the Midrashic commentators put it, “everything needs ‘tikun.'” Everything needs to be perfected, fixed and completed. This opens the way for humanity to become “partners with God in the work of genesis,” partners in creation. (Shabbat 119b)

For Schneerson, the transformative ecological key lay in the Jewish practice of uttering blessings (“brachot”), not only before performing a ritual act, but also before and after eating. Through uttering a blessing, eating is transformed into a mystical act of divine nourishment. In Schneerson’s words: “In initiating praise of God it is as if one becomes a giver and a provider in relation to God … [the food] thereby becomes the food of Supernal Man as well.”

With the above in mind, it should not surprise us that Schneerson linked his promotion of solar energy to a blessing as well. On April 8, 1981, a large crowd — men, women and children — had joined him to recite the “blessing of the sun.” He led the ceremony and addressed the crowd from a raised platform under a brilliant blue sky and a shining sun.

One week later, as he broached the supreme practicality of a national solar energy agenda, Schneerson noted that some believers might dismiss such geopolitical challenges as “God’s problem.” But drawing on his deep knowledge of rabbinic and Hasidic teachings, he insisted that all our relationships — with others, with the world and with God — are fundamentally reciprocal.

In Schneerson’s own words: “What is missing in this situation is the contribution of humanity.” In his view, all natural resources, especially sunlight, are certainly to be regarded as divine gifts, but that doesn’t absolve us of our responsibilities as human beings. It is not enough to acknowledge the gifts of God. We must step up to our role as “partners in creation.”

Philip Wexler is the co-author of “Social Vision: The Lubavitcher Rebbe’s Transformative Paradigm for the World.”

Philip Wexler
is Executive Director of the Institute of Jewish Spirituality and Society, and emeritus Professor of Sociology of Education at the Hebrew University of Jerusalem, where he held the Unterberg Chair.
The views and opinions expressed in this article are those of the author and do not necessarily reflect the views of JTA or its parent company, 70 Faces Media.