All the Jewish moments from the 2019 Emmys 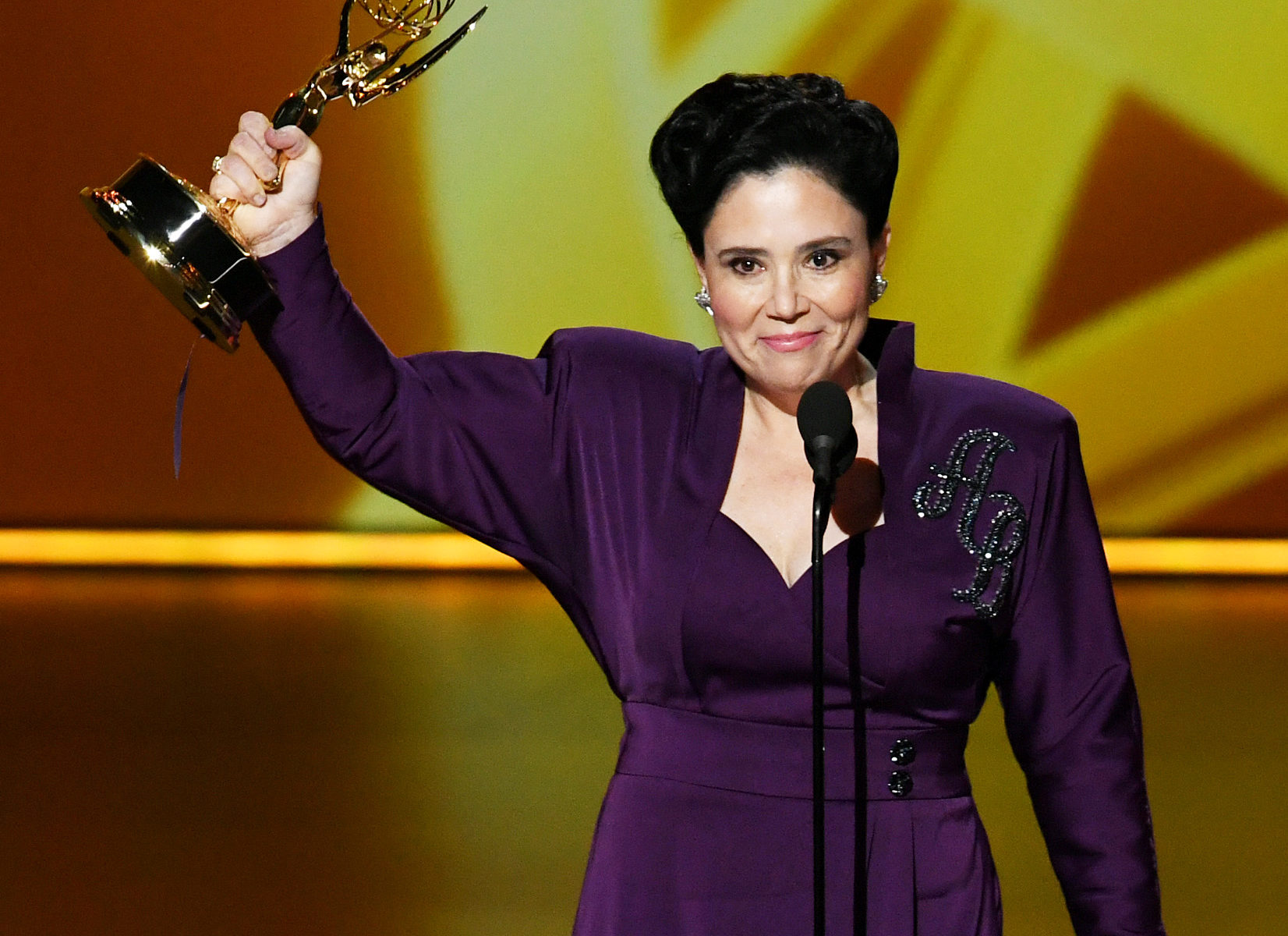 (JTA) — After winning an Emmy Award for the second straight year, Alex Borstein of “The Marvelous Mrs. Maisel” movingly dedicated this victory to her Holocaust survivor grandmother, who defied the Nazis to stay alive.

“My grandmother turned to a guard … She was in line to be shot into a pit. And she said, ‘What happens if I step out of line?’ And he said, ‘I don’t have the heart to shoot you, but somebody will,’ and she stepped out of line,” said Borstein, whose mother also is a survivor and American immigrant. “For that I am here, and my children are here. So step out of line, ladies. Step out of line!”

Hers was among six Emmys picked up by “Maisel,” a show about a Jewish stay-at-home mom in the 1950s who decides to try her luck as a stand-up comedian, in categories announced on Sunday night. The show had won two others last week at the Creative Arts Emmys.

Tony Shalhoub, who plays Midge’s dad, won for best supporting actor in a comedy series. At the Creative Arts Emmys, Jane Lynch won for playing the fictional comedian Sophie Lennon and Luke Kirby picked up a trophy for his portrayal of the famed Jewish comedian Lenny Bruce.

Patricia Arquette, whose mother is Jewish, was nominated in two categories and won in one: outstanding supporting actress for her role in “The Act,” a Hulu true crime show. Arquette used her acceptance speech to call for support for transgender people and speak about her sister, Alexis, who died in 2016.

Julia Garner won for best supporting actress for her role in “Ozark,” and the Jewish performer seemed stunned to win over the four “Game of Thrones” actresses nominated in her category. Garner’s mom, Tami Gingold, is Israeli and had a successful career as a comedian in her native land.

Craig Mazin, the Jewish creator of “Chernobyl,” won for outstanding writing in a limited series and outstanding limited series. Actress-director Elizabeth Banks tweeted to congratulate Mazin that he is a “wonderful writer” and also a “mensch.”

“I hope in some small way, our show has helped remind people of the value of the truth,” Mazin said. He gave a shout-out to Lithuania, where “Chernobyl” was filmed.

I'm in Lithuania on #HolocaustMemorialDay

210,000 Jews lived in this country before the Nazis invaded.

I feel a kind of phantom limb sadness under this sky. It's not just what Jewish people lost. It's what we all lost.

“He came back to host 24 years after he left,” Michaels said, “and in middle of the show he did a tribute to Chris Farley, and the crew and the cast and everyone who was in that studio, most of whom worked here when Chris Farley and Adam Sandler were young men, it’s rare that you see a cameraman tear up or the boom crew crying. It was a very chilling moment, and very powerful.”

Last weekend, at the Creative Arts Emmys, Rachel Bloom won for outstanding music and lyrics for “Antidepressants Are So Not a Big Deal,” a song from the fourth season of “Crazy Ex-Girlfriend.” Bloom shared the award with her creative partners, Adam Schlesinger and Jack Dolgen.

In addition, the Emmys posthumously awarded Anthony Bourdain, a Jewish chef, television host and author, for outstanding writing and outstanding informational series on the last season of “Anthony Bourdain Parts Unknown.” The program aired after Bourdain’s death in June 2018.