Malaysia’s prime minister, who said he is proud to be called anti-Semitic, is speaking at Columbia University 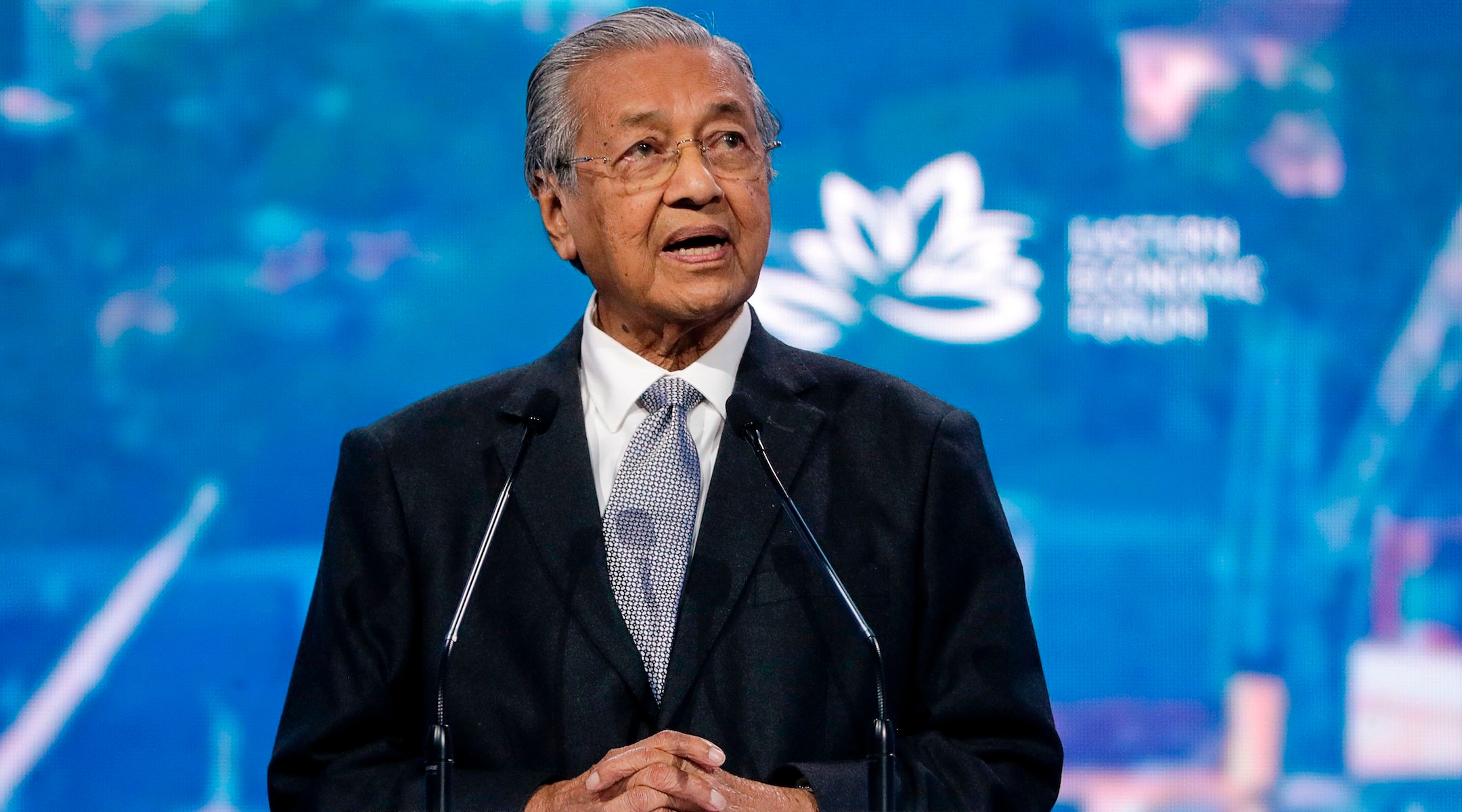 NEW YORK (JTA) — Malaysia’s Prime Minster Mahathir Mohamad has called Jews “hook-nosed,” said they “rule the world by proxy” and questioned the number of Jews killed in the Holocaust. He has even said he is “glad to be labeled anti-Semitic.”

Now he is set to address students at Columbia University, as part of of its annual world leaders forum.

The Malaysian leader will speak about “the rule of law and multilateralism” and then take questions from the audience at the event on Wednesday, which is held on its Manhattan campus and open to faculty, staff and students.

Among the other nine speakers at the weeklong event are leaders of countries and world organizations, including Austrian Chancellor Brigitte Bierlein, Queen Mathilde of Belgium and Iraqi President Barham Salih.

Mohamad, 94, has been serving as prime minister of the southeast Asian country since last year and previously served in the office in 1981-2003.

In June, Mohamad mocked Jews while speaking at Cambridge University.

“I have some Jewish friends, very good friends. They are not like the other Jews, that’s why they are my friends,” he said in response to a question about previous anti-Jewish statements.

Some in the audience laughed with no response from the moderator. Mohamad also said he was entitled to freedom of speech in order to speak “against the Jews.” 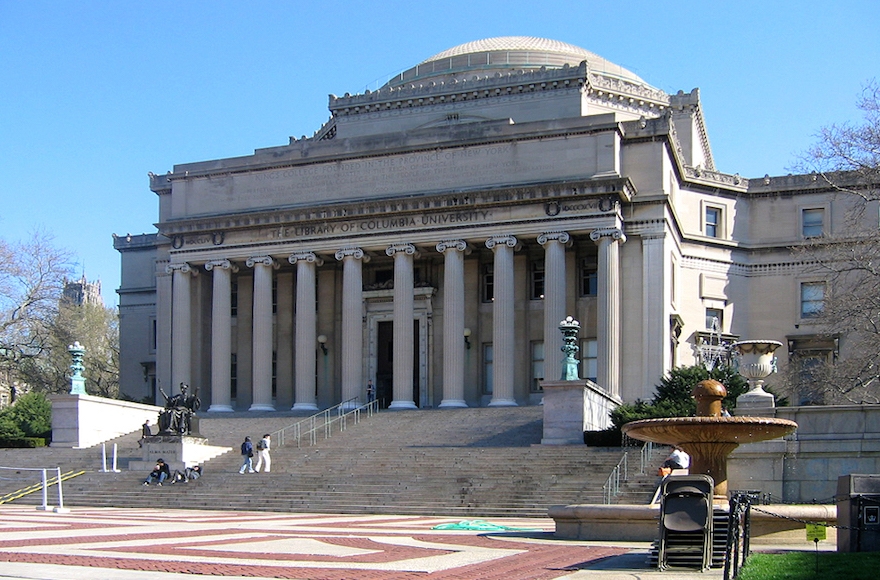 Three pro-Israel groups on campus — Students Supporting Israel, Aryeh and J Street U — expressed their concerns about Mohamad’s visit to university president Lee Bollinger in a Friday letter. The organizations said they did not expect the university to cancel the address but that it “ought to show its Jewish students that it cares about their safety.”

The groups also urged Bollinger to contextualize Mohammad’s anti-Semitic remarks in his introduction Wednesday, similarly to how he had introduced Iranian President Mahmoud Ahmadinejad when the leader spoke at the university in 2007 by mentioning his history of Holocaust denial.

In a Monday response letter to the groups, posted on Facebook by Students Supporting Israel, Bollinger defended Mohamad speaking on campus while also calling the leader’s remarks “abhorrent” and saying he was committed to ensuring Jewish students’ “safety and well-being.”

“Nevertheless, it is in these instances that we are most strongly resolved to insist that our campus remain an open forum and to protect the freedoms essential to our University community,” the university president wrote.

Columbia has for years allowed outspoken pro-Palestinian activism among its students, which some Jewish and pro-Israel students say make it difficult for them to be open about their views on campus.

Last year, Ofir Dayan, the daughter of Israel’s Consul General in New York Dani Dayan, told the New York Post in an interview that she was being harassed and threatened by the campus chapter of Students for Justice in Palestine. Dayan previously served as an officer in the Israel Defense Forces and leads Columbia’s Students Supporting Israel group.

Mohamad’s planned lecture also drew criticism from the campus Hillel and the Anti-Defamation League on Tuesday.

Brian Cohen, the executive director of Columbia/Barnard Hillel, called the invitation “an affront to Jewish students and to anyone committed to equality and human dignity.”

“I call on Columbia’s Administration to fully condemn the Prime Minister’s hateful views and past remarks, in his presence, when he comes to campus,” Cohen told JTA in an email.

Jonathan Greenblatt, the national director of the Anti-Defamation League, criticized Columbia for inviting Mohamad and urged the university to distance itself from his views.

“Of the nearly 200 heads of state in New York this week, surely there are other, non-hate-espousing leaders who could be featured,” he said in a statement.