As a Jew with autism, the mikvah is my glimmer of hope 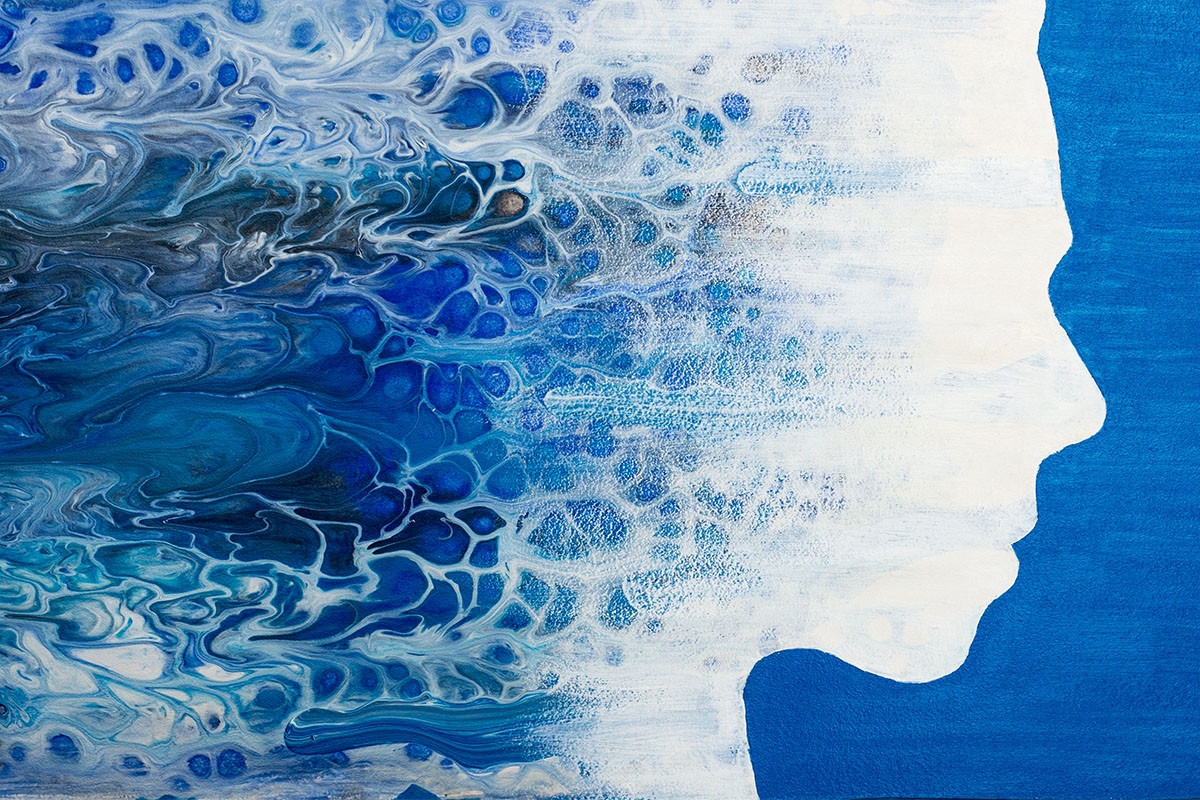 I first realized I was different in middle school. I loved my curly hair, but never brushed it, resulting in a total mess of knots and kinkiness. Eventually I started pulling out my beloved curls. Although, like any kid, I cared a great deal about my appearance, I wasn’t able to perform the minor details of hygiene and self-care expected of a young woman my age.

Eventually I’d receive an autism diagnosis, but back then I didn’t have the proper tools to cope with these differences, leading to years of bullying and torment from my peers. Instead I was misdiagnosed at an early age with other mental illnesses because I didn’t fit into any particular box, which prevented me from receiving the proper support that I so urgently needed.

The extensive autism spectrum is often misunderstood. I am not anti-social, but I do suffer from extreme social anxiety, which can make me want to hide in my room instead of going out into the world. Being on the spectrum has also led me to battle other issues, like anorexia and self-mutilation. Trying to find ways to cope with these issues is a struggle in and of itself, since resources are often very limited, hard to find or simply nonexistent.

For example, after desperately searching for over three years to find treatment for my eating disorder, trying clinics, hospitals and counseling, I still came up empty. The treatment for eating disorders was “one size fits all,” which alienated me further because of my special needs. My battle was almost lost when I was near death for three months in a hospital. The key factor for my survival was compassion and family-centered care that was uniquely tailored to fit my individual needs.

But in general, I face a world that is void of understanding the many obstacles young women on the autism spectrum face. But where I’ve actually found comfort is in Jewish traditions, which keep me grounded while dealing with the emotional pain of everyday life.

One glimmer of light and hope has been the mikvah, where I go every month, following the traditional laws of niddah. I find it very cleansing, especially when I feel particularly scarred by my struggles, to have the privacy and serenity of walking into a kosher body of water that can help to heal me, both externally and internally.

The last time I visited the mikvah, I learned more about the shechinah, a Kabbalistic interpretation of the feminine aspect of God, often portrayed as a loving mother who was present during the times in which the Israelites wandered in the desert in distress. Being on the autism spectrum, I often feel like a wandering Jew, so I find comfort in this powerful model of womanhood who is there wherever I wander off.

I see, hear and feel the world differently than most other people — and to be honest, I wouldn’t want it any other way. Yet being on the autism spectrum means working extra hard all the time, and often being misunderstood by doctors and well-meaning therapists. However, I feel blessed to have found some peace in the mikvah. There is a psalm I say to myself before I enter the water each time: “El na refah na la,” meaning, “Please God, heal her.” I’m hoping one day to be cleansed of my constant anxiety.

There’s another quote I like to keep in mind, too, that I first read on the wall of a mikvah in Washington, D.C., the night before my birthday. Nachman of Breslov, a Hasidic master and religious thinker from the late 18th-early 19th century, said, “The day you were born is the day God decided the world could not exist without you.”

It now serves as my constant reminder that God loves me and wants me to be here, just the way I am.

Being on the autism spectrum feels like a million forms of stress silently happening all at once. It’s a daily struggle. I often feel judged and alienated by those around me. As the granddaughter of Holocaust survivors, my family often tries to guilt trip me over not having the chutzpah to keep moving on; even my anxiety feels overwhelming. But at the end of the day, it’s nice to know that there’s beauty in the struggle.