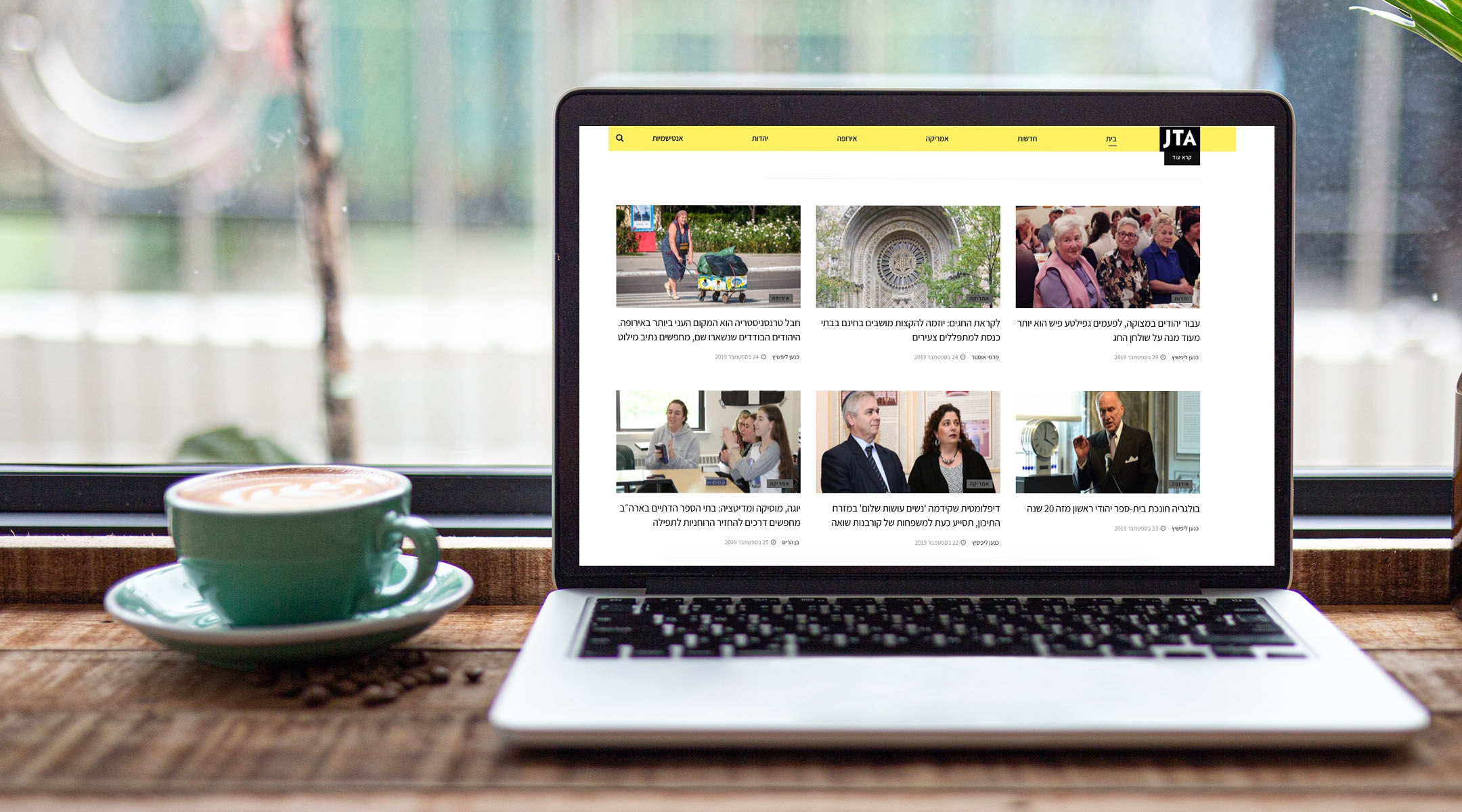 NEW YORK (JTA) — The Jewish Telegraphic Agency has launched a Hebrew-language website and syndication service aimed at the Israeli public.

The service features original Hebrew articles and videos with Hebrew translations of items published in English by JTA and adapted for Israeli audiences. JTA’s new Hebrew news site is www.jtahebrew.com.

The goal is to inform the Israeli public about Diaspora Jews and Jewish issues, and to use news items, feature stories and videos to increase Israelis’ understanding of Diaspora Jewry.

Jewish communal leaders and some Israeli officials have voiced growing concern for years over what they describe as the widening gap between Israeli Jews and Jews in North America and the rest of the world.

“We hope that by telling the stories of Diaspora Jews in Hebrew, and having those stories syndicated in widely read Israeli news outlets, Israelis of all stripes will better appreciate the issues affecting Jews in America and around the world,” said Ami Eden, the CEO and executive editor of JTA’s parent organization, 70 Faces Media. “And hopefully Israelis will better understand what Jewish identity means in the Diaspora.”

JTA is part of 70 Faces Media, a nonprofit organization that runs a variety of Jewish content brands, including the Jewish information and living website My Jewish Learning, the parenting site Kveller, the Jewish food brand The Nosher, and Alma, a site for millennial-age Jews.

The project is being supported in part by the Israeli Diaspora Ministry as one of its initiatives to enhance Israelis’ connections to Diaspora Jewry. Under the project terms, JTA maintains complete editorial independence.

“The Jewish Telegraphic Agency is committed to its long tradition of independent, unbiased news reporting that highlights a wide range of voices,” Eden said. “70 Faces Media and its brands are not affiliated with any political or religious Jewish denomination.”

In addition to revenue from its syndication service and advertising business, 70 Faces Media receives funding from an array of sources, including foundations, Jewish federations and individual donors.

The stories that have appeared in Hebrew so far have covered topics as varied as the struggles of a tiny synagogue in Selma, Alabama, and the controversy over Ukraine’s chief rabbi taking part in a ceremony organized by a group that collaborated with the Nazis.

Several of Israel’s leading news outlets already subscribe to the new JTA Hebrew service, and the agency is seeking to expand its syndication partnerships in Israel.