‘A Serious Man’ came out 10 years ago. Here’s what real rabbis think of the Coen brothers film. 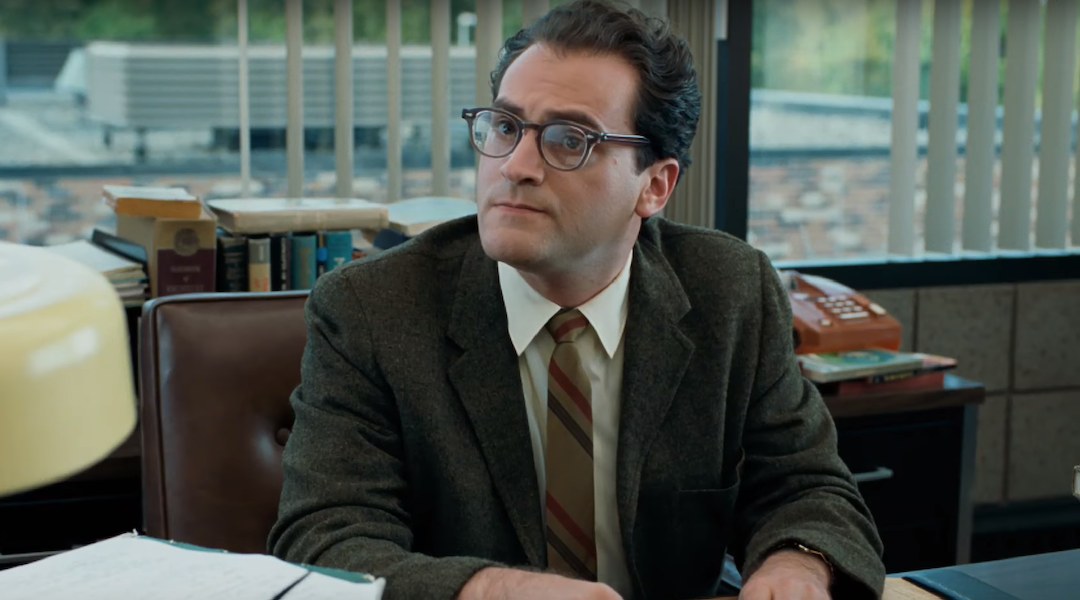 Michael Stuhlbarg in his breakout role as physics professor Larry Gopnik in the Coen Brothers' "A Serious Man." (Screenshot from YouTube)
Advertisement

(JTA) — It’s well known that the celebrated filmmakers Joel and Ethan Coen come from a Jewish family in St. Louis Park, Minnesota. They’ve included Jewish characters in their films throughout their long career, from the titular one in “Barton Fink” to the bookie Bernie Bernbaum in “Miller’s Crossing” to perhaps the most famous Jewish convert in the history of Hollywood, Walter Sobchak in “The Big Lebowski.”

But it was with 2009’s “A Serious Man,” which was released 10 years ago this month, that the Coens produced their most overtly Jewish work. It’s a film set in 1967 in their Minnesota hometown and its plot, by all indications, is loosely based on the biblical Book of Job.

Following an opening quote from Rashi and a brief prologue set in a 19th-century shtetl, “A Serious Man” tells the story of Larry Gopnik (played by then-unknown Jewish actor Michael Stuhlbarg), a Jewish college professor whose life suddenly comes apart in Job-like fashion.

Larry’s children don’t seem to respect him, and an unknown enemy is sending threatening letters to his tenure committee, jeopardizing his career. His wife (Sari Lennick) is leaving him for his former friend, Sy Abelman (Fred Melamed). There are hints that he is developing possibly serious health problems.

“I haven’t done anything” is Larry’s mantra throughout it all.

Turning to his faith at a time of crisis, Larry appeals to three rabbis — and gets three very different responses, none of them altogether helpful. The young junior rabbi Ginsler (“Big Bang Theory” actor Simon Helberg) offers a humanistic speech about finding beauty in the world. Rabbi Nachtner, in one of the film’s most recognized scenes, provides a long but not exactly comforting parable about a dentist who finds Hebrew lettering on a non-Jewish patient’s tooth.

The elderly Rabbi Marshak, meanwhile, won’t even meet with Larry. (“The rabbi is busy,” Marshak’s secretary tells him repeatedly.)

Like the best of the Coens’ work, “A Serious Man” is darkly comic, absurd and well-acted, and it contends with the huge themes of alienation and nihilism. The rabbi section of the film seemingly makes the point that, as Rabbi Nachtner says, Judaism is not a faith that always provide the easiest of answers.

In 2009, the Jewish Chronicle called the film “a Jewish masterpiece” and “the finest American film about the Jewish experience made for a generation.” Others, however, saw the movie in a less positive light, partly for its depiction of Jews.

The Jewish film critic Ella Taylor wrote for LA Weekly at the time of release that “A Serious Man” was “seriously bad for the Jews” and likened it to “an avalanche of Ugly Jew iconography.”

Rabbi Benjamin Blech, writing for Aish in 2009, said the Jews in the film were “merely lampooned, satirized and stereotyped to anti-Semitic perfection.”

Looking for some other opinions — much as Larry did — the Jewish Telegraphic Agency reached out to some real rabbis for their thoughts on “A Serious Man.” As you may have imagined, they had differing opinions. 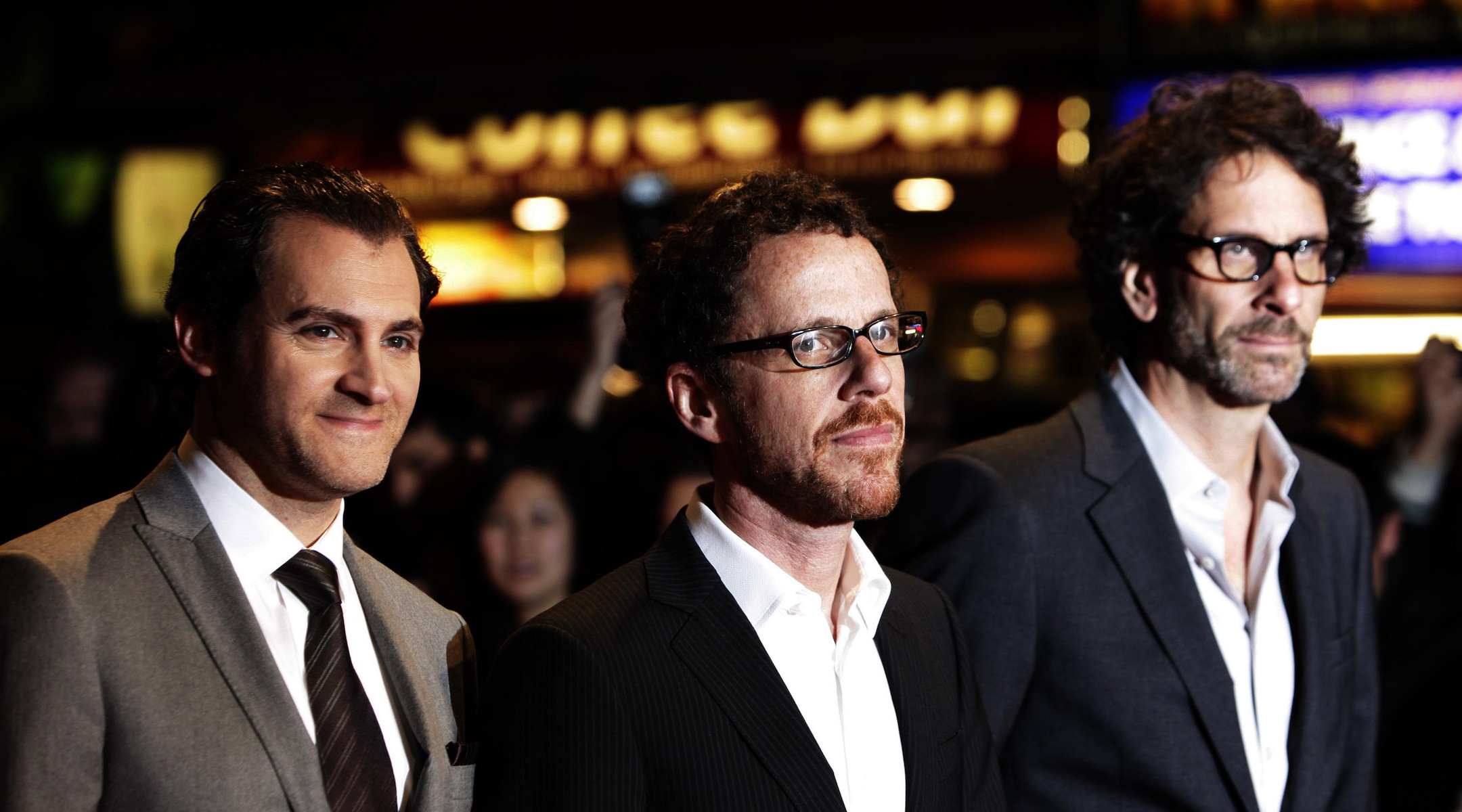 An “indictment” of American Judaism

Rabbi Joe Schwartz is based in Brooklyn and founded IDRA, a Jewish cultural community. A self-described “Coen Brothers stan” and “an insane fan of the movie,” Schwartz is not so much critical of the film itself but rather what he believes it says about strands of Judaism in America.

“‘A Serious Man’ is the greatest indictment of the hollowness of much of American Judaism ever made,” Schwartz, a Conservative rabbi, told JTA.

Larry approaches the rabbis for help, Schwartz said, and each fails him — the “callow junior rabbi, the garrulous senior rabbi and the Talmid chacham,” or revered Torah scholar.

“None has the slightest clue what’s going on, and none even begins to try to simply sit with Larry and offer him compassion,” he added.

For Schwartz, the notable scene in which Larry’s son recites his Torah portion for his bar mitzvah while extremely stoned “sets off how grotesque and fallow the whole charade is.”

A statement about the changing face of the rabbinate

Rabbi Glenn Ettman is the senior rabbi at the Reform synagogue Congregation Or Ami in Lafayette Hill, Pennsylvania, outside of Philadelphia. Ettman, a former theater major at Brandeis, said “A Serious Man” came up often last year while discussing the Book of Job with his Torah study group.

“It’s really confusing and challenging, and a good artful attempt at a unique form of storytelling using a biblical book,” Ettman said of the film. “I really appreciated that it had untranslated Hebrew and Jewish concepts, that kind of gave it that concept of ‘there’s something else to this movie.’”

As for the rabbi scenes, Ettman called it “an interesting portrayal,” but added that initially he was slightly offended by it.

“It wasn’t so much that it made Jews look terrible — it was that it made rabbis look even worse,” Ettman said of his original impression of the film.

More recently, though, Ettman has seen the younger rabbi as the only “true essence” of a real rabbi, as opposed to a caricature. He said it is symbolic of the fact that the face of the rabbinate has changed a great deal since 1967.

“Everyone assumes that a rabbi is an old white dude with a long white beard,” Ettman said before mentioning multiple names of classmates  who are “magnificent, powerhouse female rabbis.”

He said the film’s rabbis can be viewed as caricatures of different generations or denominations, or possibly just divergent views of Judaism. Ettman also compared it all to a point in the actual Book of Job, when Job is visited by three friends, none of whom give him advice that’s especially helpful.

What the hometown rabbi thinks

Rabbi Norman Cohen is rabbi emeritus of the Reform Bet Shalom Congregation in Minnetonka, a part of suburban Minneapolis that borders St. Louis Park. In a 2011 essay about the film in “The Journal of Religion and Film,” Cohen said he was offended by some of its images — but that doesn’t mean the work doesn’t offer plenty to like.

“Of all their films, this is the most identifiably Jewish, most potentially philosophical and most troubling theologically,” Cohen wrote.

As is often the case when they give interviews, the Coens are a lot like the rabbis in “A Serious Man” in discussing the Jewishness of the film: Their answers only raise even more questions.

“There were Jewish characters, but in regards to whether our background influences our filmmaking, who knows?” Joel Coen said on a visit to Israel in 2011, according to Haaretz. “We don’t think about it. There’s no doubt that our Jewish heritage affects how we see things.”

“We’ve never tried to hide that or tiptoe around [being Jewish],” Ethan Coen said in a 2009 interview with the Jewish Chronicle around the film’s release. “Hollywood has always been largely Jewish, although made of Jews who wanted to assimilate. As a friend of ours once said, ‘If the movie business wasn’t difficult, God wouldn’t have given it to the Jews.’”