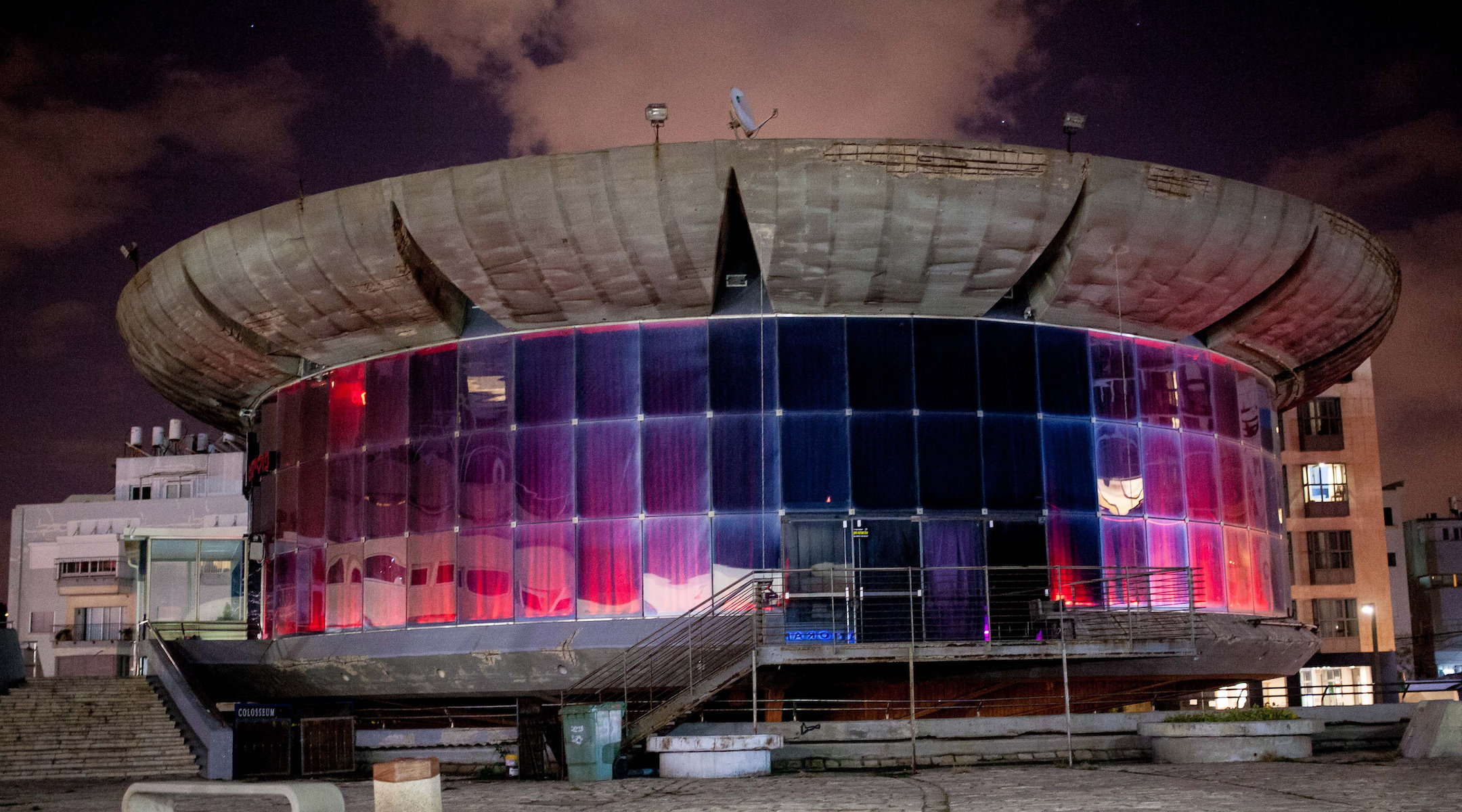 TEL AVIV (JTA) — For years, the round mirrored building overlooking the Tel Aviv Marina embodied this city’s reputation as the Middle East’s capital of sin.

Sandwiched between the Sheraton and the Hilton hotels on some of the priciest real estate in Israel, the building on Atarim Square was home to the Pussycat, an upscale strip club popular with the rich and powerful. Last year, the club was at the center of a scandal when recordings leaked showing that the prime minister’s son, Yair Netanyahu, had visited the place with his security detail in tow.

But the club closed down this summer following a legal fight, leading to its radical transformation into a hub for Jewish learning and social activism. The building that allegedly was a venue for prostitution and sex trafficking will now serve as a center for activism aimed at, among other things, empowering women from troubled backgrounds.

“[This is] first and foremost a great opportunity for tikkun,” said Yakir Segev, a well-known social activist, using the Hebrew word for “repair.” 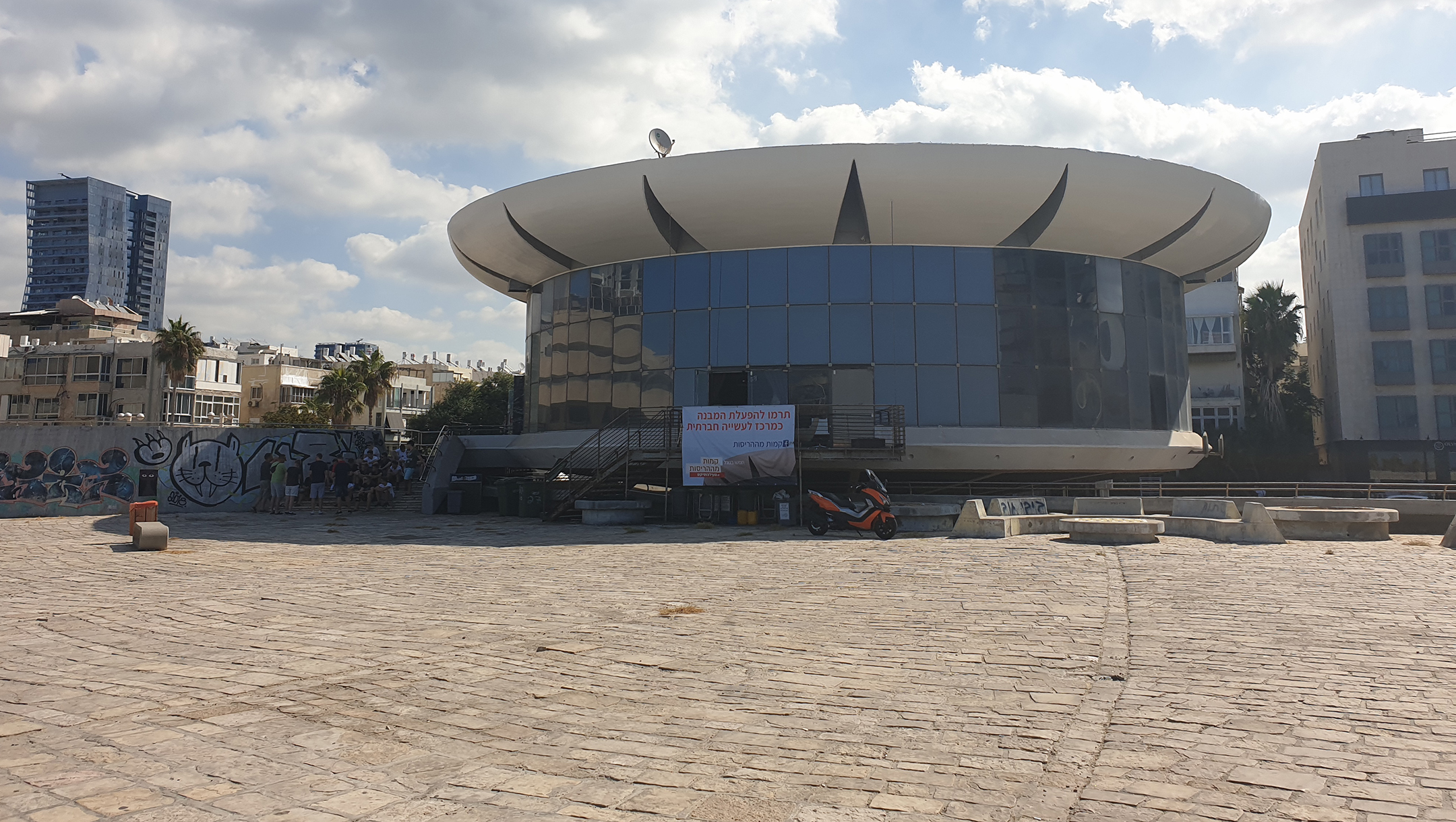 The building that once housed the Pussycat has been transformed into a hub for Jewish learning and social activism. (Cnaan Liphshiz/JTA)

Underground, the club had two windowless bedrooms with shower stalls. Police said those rooms, which echo with the drone of overhead traffic, were where strippers also working as prostitutes would take clients.

“We’re not hiding what this place used to be,” Segev told the Jewish Telegraphic Agency. “On the contrary, we want to build on it and use its symbolism. In a place that stood for exploitation, there will be assistance and empowerment to women.”

The repurposing of Atarim Square is, to some observers, part of a broader change in Tel Aviv, which is shedding its reputation as a hedonic paradise and becoming more family friendly and embracing of Jewish tradition. 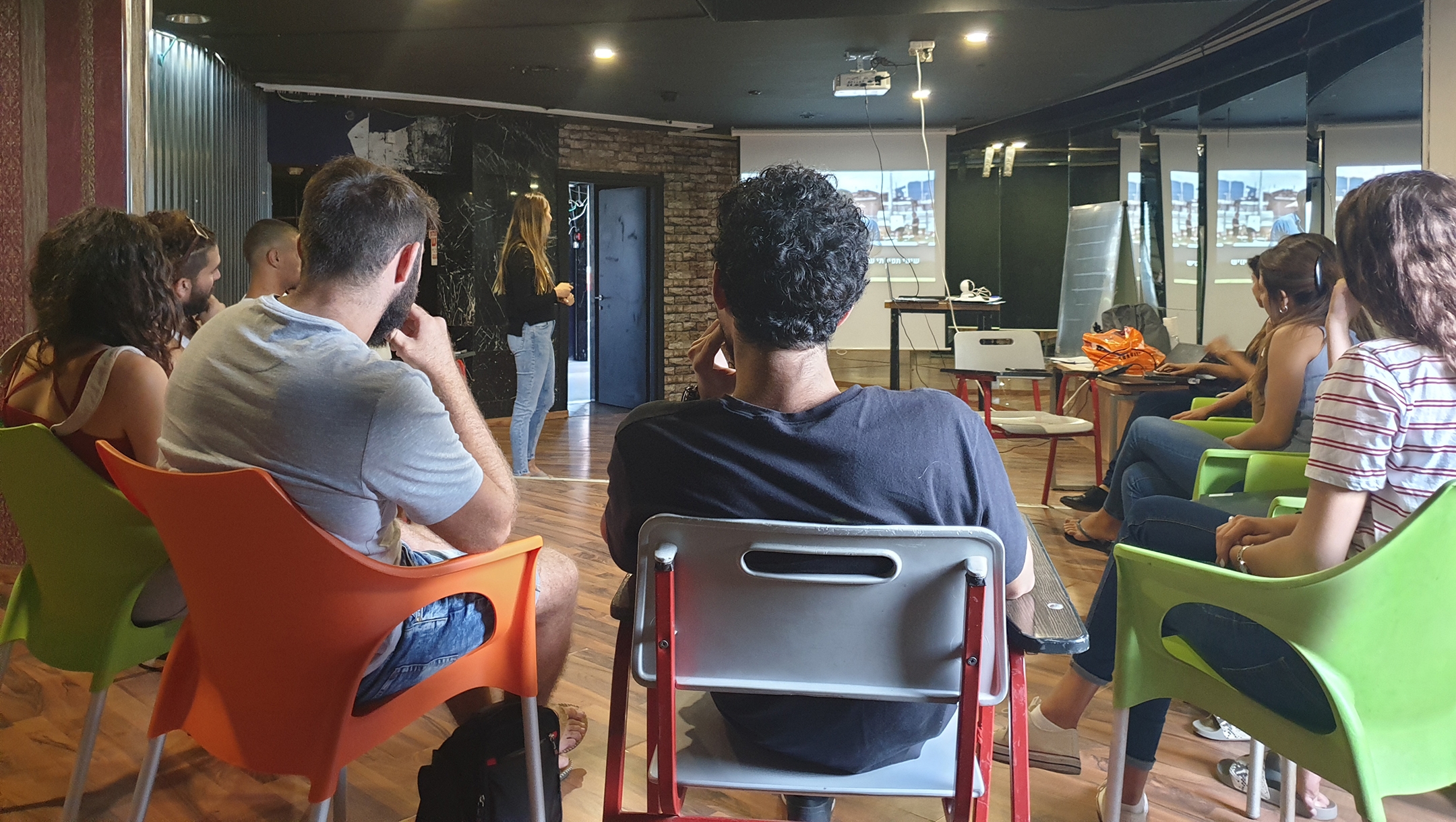 Young Israelis are trained by volunteers at the former club, Oct. 7, 2019. (Cnaan Liphshiz/JTA)

A decade ago, Israel was a focus of international criticism as a center of sex trafficking, much of it centered in Tel Aviv. In 2005, the country was added to a U.S. State Department human trafficking watch list.

But by 2012, Israel had turned things around. The State Department had elevated it to the highest rating of countries working to combat trafficking. Israeli police cleaned up the streets around the old central bus station, which had become a haven for pimps and prostitutes.

In 2017, following pressure from women’s rights groups and religious residents, the Israel Police recommended prosecuting the Pussycat’s owners for running a brothel there, though the owners denied it. Ultimately, prosecutors decided not to indict them, citing a lack of evidence.

But the municipality withdrew the club’s license, leaving it exposed to zoning lawsuits. Finally, the club had to close down last month because the real estate firm that bought Atarim Square declined to renew its lease.

“The Pussycat was a relic from the 1990s,” Igal Zeevi, a tour guide specializing in Tel Aviv, told JTA. “Back then, you could find brothels and strip clubs on every street corner in central Tel Aviv. That sort of thing doesn’t exist anymore.” 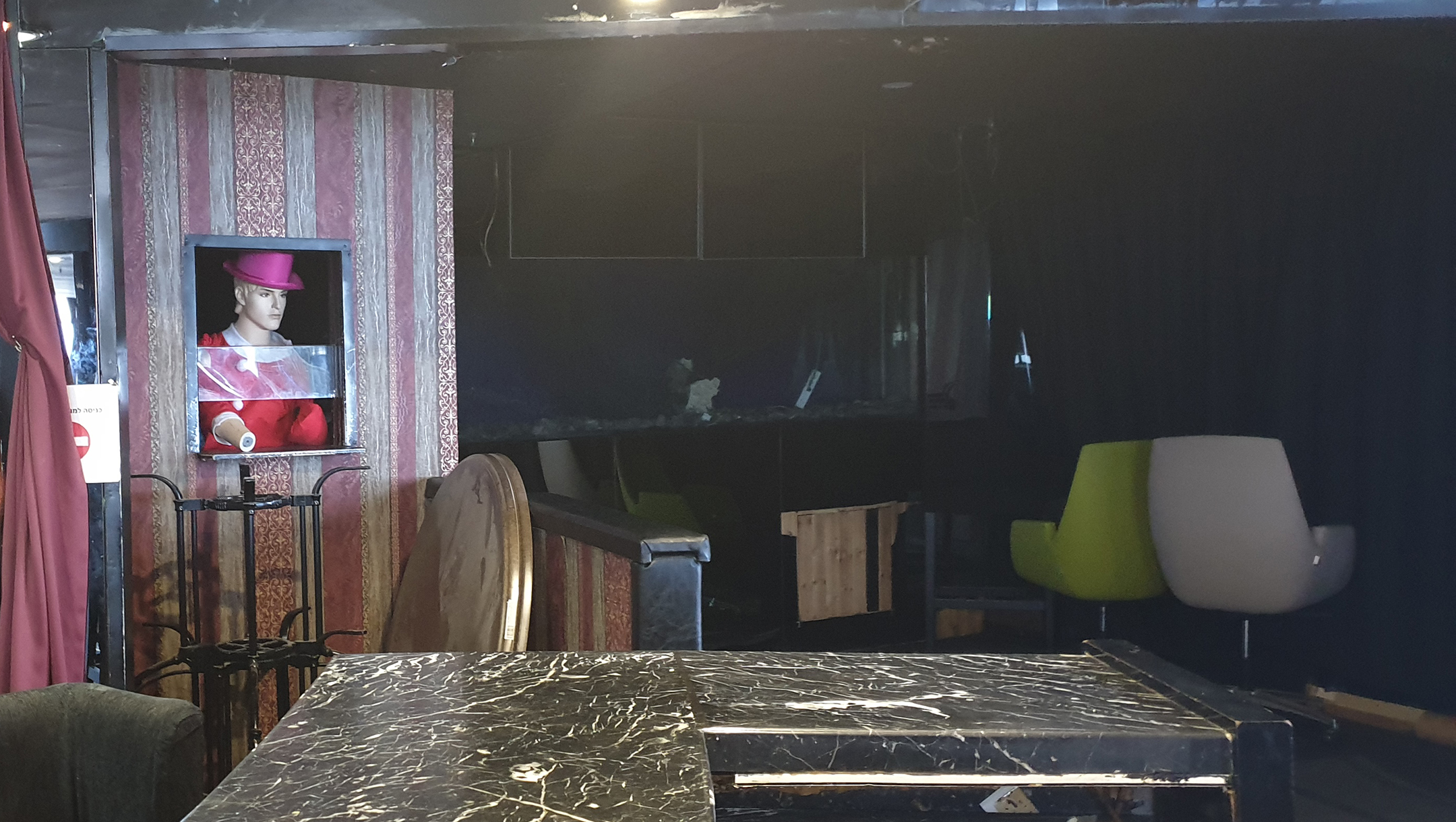 A mannequin stands in a casino booth that police said was part of a prostitution racket at the Pussycat. (Cnaan Liphshiz/JTA)

Segev and a group of volunteers asked the building’s owners to make the building available to several nonprofit organizations, including the advocacy group Israelis and Segev’s Ruach Hadashah, Hebrew for “new spirit.” Segev said the space will be used for studying Jewish texts, holding activities and lectures, and providing training for at-risk groups, including women.

On Tisha b’Av, the day of mourning for the destruction of the two ancient Temples in Jerusalem, Segev and other activists read from a Torah scroll at the club, leading to erroneous reports that the club would become a synagogue.

The center, which opened in September, will remain operational for at least five years, while the owners decide how to develop the property. 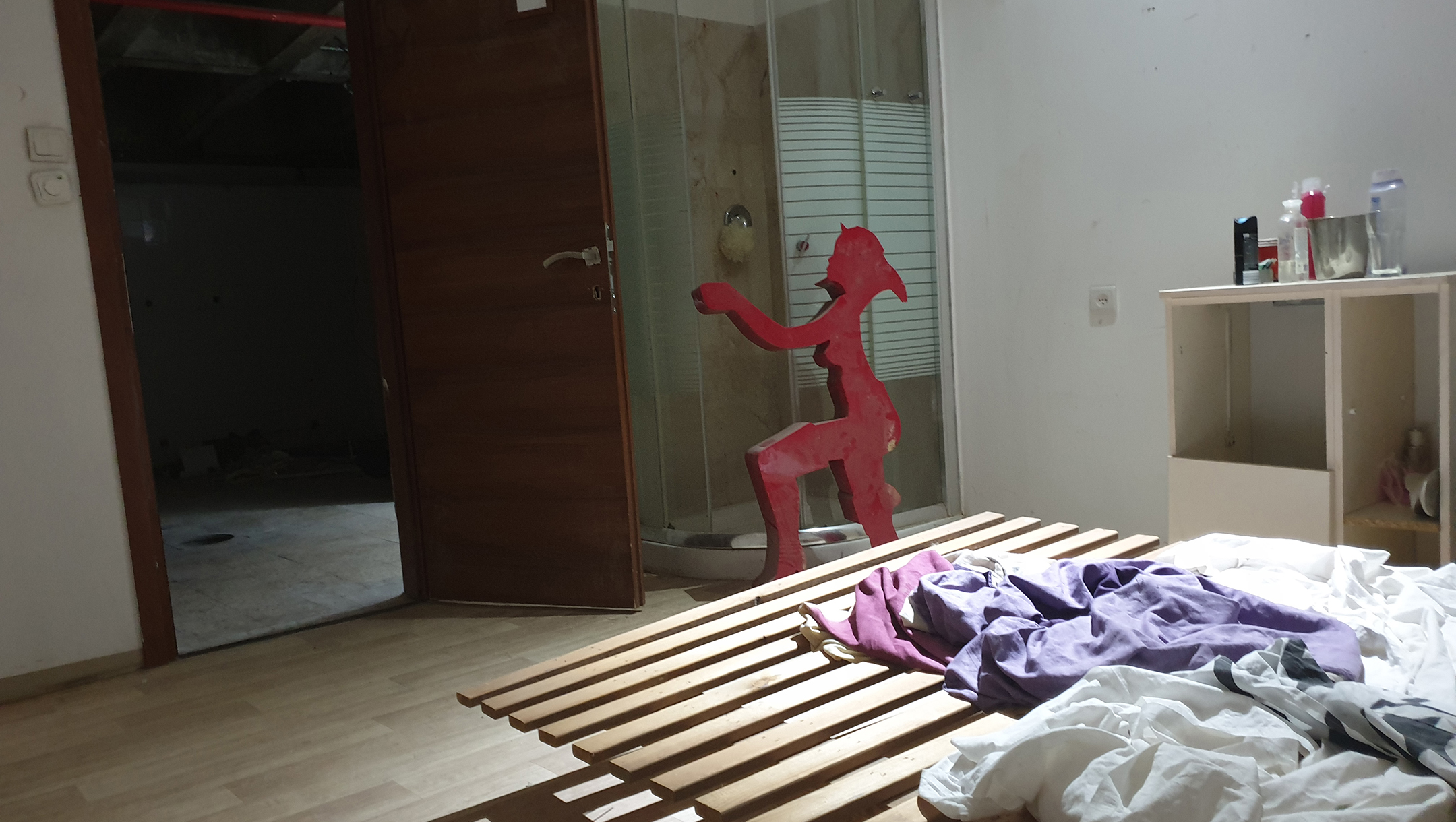 Police said this room was used for prostitution at the Pussycat. (Cnaan Liphshiz/JTA)

One of the projects taking place at the center teaches young women from disadvantaged backgrounds how to build websites. Volunteers then help program graduates find internships.

“The women we teach came from environments that didn’t support them,” said the project leader who, citing safety concerns, identified herself only as Gal. “We don’t ask them what they did, only what they want to do looking forward.” 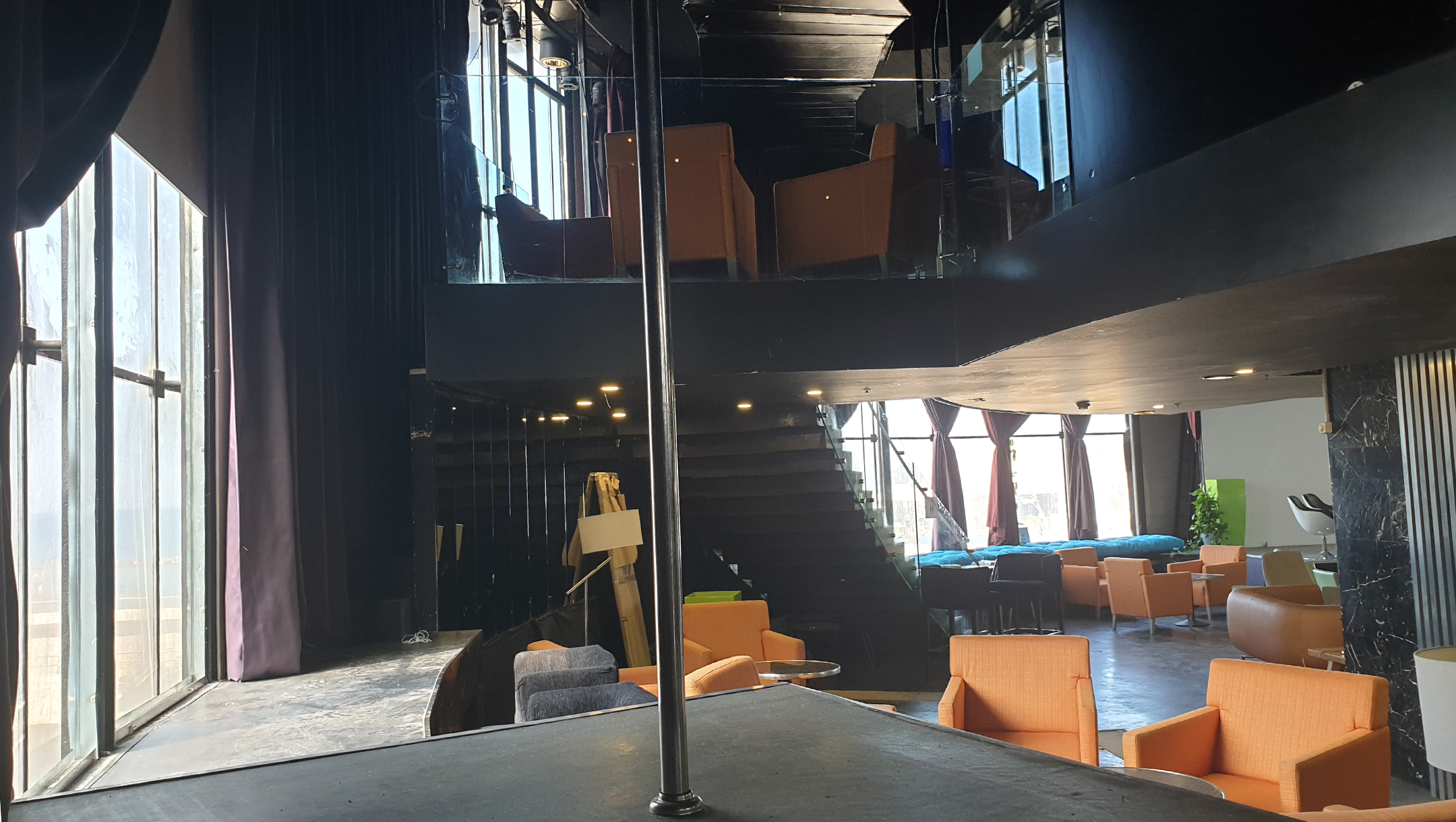 A dancing pole at the former club (Cnaan Liphshiz/JTA)

At least one dancer who used to work at the Pussycat isn’t happy with the change, which she said cost her and colleagues their livelihood.

“I think it’s unacceptable,” said the dancer, who identified herself as Kelly. “They closed us down because they wanted to build a hotel.”

She said the construction of a community center there feels like “a deliberate effort to spite us or teach us a lesson.” 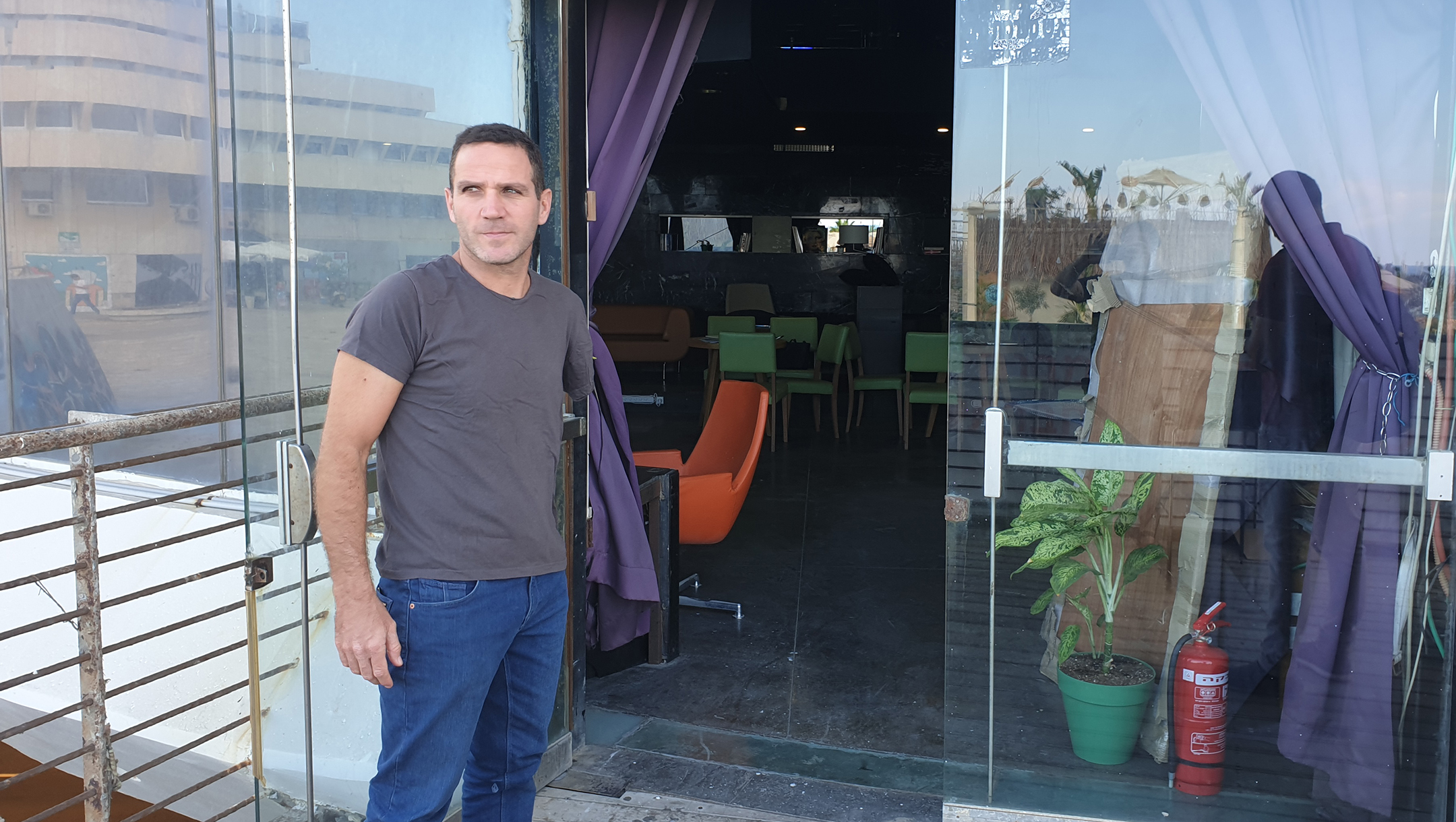 At the Pussycat, Kelly said, dancers were protected and able to make good money.

“Where do you think we’ll go to make that money?” she asked. “We’ll just go elsewhere, somewhere perhaps less safe.”

Segev said he is for protecting all women, including those working in the sex industry.

“But not on the beach in Tel Aviv, where people come with their families,” he said. “Patrons of clubs like the Pussycat should look for them in the periphery. But at the center of Tel Aviv, it feels like a provocation.”