How to actually make a difference for women battling breast cancer 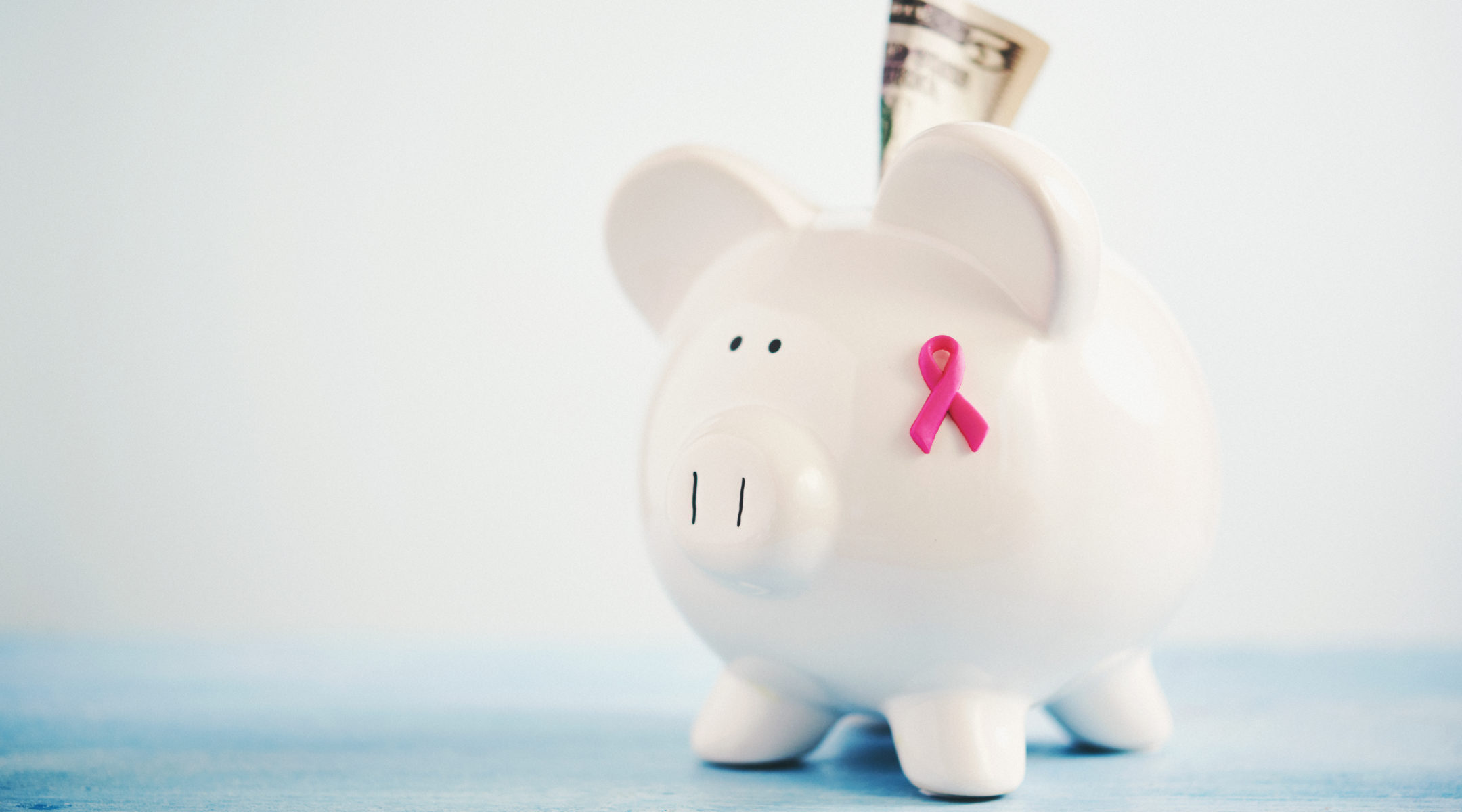 NEW YORK (JTA) — Breast Cancer Awareness Month, now held annually during the month of October, was first conceived in 1985 as a partnership between the American Cancer Society and Imperial Chemical Industries, a pharmaceutical company.

At the time, breast cancer was still the subject of whispers, not commercial ad campaigns. Today we are not only talking about breast cancer — we’re buying, selling and marketing it. Why be satisfied with sporting a simple pink ribbon when October brings an explosion of premium pink-wrapped products, the purchase of which, in theory, raises both funds and awareness.

From pink stun guns to stand mixers, we’re encouraged to shop for a cure. We’ve assimilated breast cancer into our national ethos and transformed “awareness” into just another financial transaction. Mission accomplished, right?

While awareness is far better than secrecy, the country looks quite different than it did in 1985, and solutions that may have worked then fall far short of meeting the needs of those with breast cancer today. The cost of medical care has soared for individuals, far outpacing wage increases. Some 66 percent of bankruptcies in the United States are now related to medical costs.

While I’m not arguing that we stop donating to breast cancer research or nonprofits that work with cancer patients, our contemporary culture of consumable breast cancer awareness is deeply problematic. Patients are facing a new landscape of financial hardships, and we urgently need yet another paradigm shift when it comes to caring for them.

In 1974, when first lady Betty Ford was diagnosed with breast cancer, there were no screening guidelines, no self-exam campaigns, no national conversation. Ford’s decision to go public with her diagnosis was a landmark event in the history of American women’s health care.

In the early 1980s, upbeat awareness and fundraising events began to appear, and Breast Cancer Awareness Month was part of that wave. These events provided a structure for creating long-term change around women’s health care. They raised enormous amounts of money to be directed toward things like research and mammography access. Their inherently public nature heralded a shift away from stigma and toward aggressive detection, and that’s a very good thing. However, detection isn’t enough for a patient who cannot afford gas to get to her doctor’s appointments, let alone expensive drug co-pays.

After 34 years, raising funds and donning pink ribbons is no longer enough. Jews, especially Jewish women, have an obligation to shift breast cancer giving away from a focus on consumable goods and toward a person-oriented, direct giving model.

According to the Centers for Disease Control, aside from skin cancer, breast cancer is the most common cancer among women and the second most deadly form of cancer. Jewish women in particular are at risk, as they are more likely to carry mutations to the BRCA1 and BRCA2 genes. While one in 400 people in the general population has the mutation, among Ashkenazi women the rate is estimated at one in 40.

When my mom had breast cancer, she was one of the “lucky” ones. She had excellent health insurance, a strong union and a bank of co-workers donated sick days she could draw on. She always emphasized to me that as a divorced mom re-entering the workforce, getting a job with the federal government was the best thing that could have happened to her. Even as she fought cancer for 12 years, she wasn’t worried about losing her job due to her illness.

Watching her die felt like witnessing my own death. I can’t imagine how terrible it would have been if we had also been worrying about her losing her home. My mom benefited from a robust safety net, the kind of which is becoming unfortunately rare today.

One-third of the campaigns on the crowdfunding platform GoFundMe are to raise money for medical-related costs. A quick search turns up nearly 300,000 campaigns related to breast cancer. A small percentage of those are for research and awareness, but most are ordinary people who have turned to strangers to do what is done by the state in other wealthy industrialized countries. Rob Solomon, CEO of GoFundMe, acknowledges that before he joined the company, he had “no notion of how severe the problem [was].”

According to a Pew Trust study, the most popular use (68 percent) of crowdfunding tools by far is to help someone in need. Most of the people who donated to a person in need did so for someone in their social network, a friend, family member or friend of a friend. Only 28 percent said they gave to someone they didn’t know.

The implications of the Pew findings make the iniquities driving medical crowdfunding even more stark: Those lacking a robust circle of friends and family are less likely to raise the funds they need, making it even harder to patch up those holes in their safety net. If you’re looking to make an impact with your charitable dollars, it’s hard to beat the good that even a small amount can do when giving directly to a stranger with so little.

I asked Dr. Jennifer Thompson, the Maurice Amado Professor of Applied Jewish Ethics and Civic Engagement at California State University at Northridge, about the Jewish approach to charitable giving. As she put it to me, in Jewish tradition, tzedakah is an obligation that is not undertaken when you feel like it, but rather because it’s your responsibility as part of society.

I was struck by how out of step such an attitude is with our culture of consumer activism. As Americans, we express ourselves through our purchasing power, when we want and how we want. Choice, above all, is the American way. The hyper-commodification of Breast Cancer Awareness Month has made caring for cancer patients just another shopping choice rather than the deeply human obligation that our tradition demands.

In the High Holidays liturgy, we read that tzedakah, along with prayer and repentance, can save one from death. The Jewish concept of tzedakah is more than charity — it is justice. By giving directly to breast cancer patients in need, we can help them heal, help ourselves by fulfilling our spiritual obligations and help bring a little justice to our horribly broken health care system.