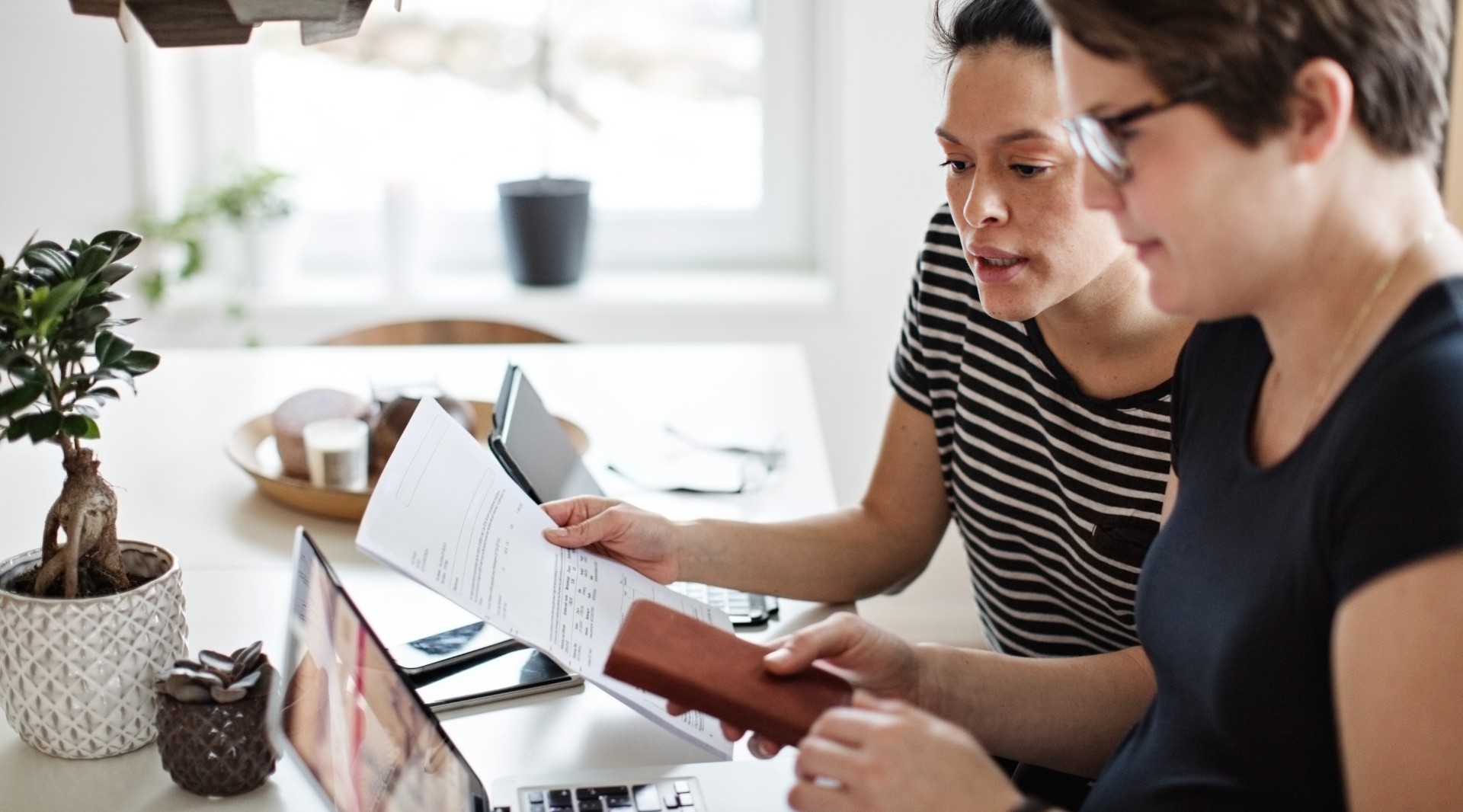 The high cost of tuition is a major headache for parents of Jewish day school students -- and often a barrier to greater enrollment, administrators say. (Getty Images/Maskot)
Advertisement

Ask any parent of Jewish day school students about the biggest challenge they face in providing a solid Jewish education for their kids: Chances are they’ll talk about tuition.

At some schools in the New York-New Jersey area, where most U.S. Jewish day school students are located, annual tuition fees of $30,000 in high school and $20,000 in elementary school are not unusual.

Mindful of the challenge, schools and communities across the country are experimenting with various strategies to keep Jewish education affordable — even for families that don’t qualify for financial aid. Here are five examples of innovative tuition-reduction approaches.

Put a cap on it

At Westchester Day School in Mamaroneck, New York, the elementary school offers a limit on how much parents must pay as a percentage of their income.

A calculator on the school’s website enables parents to plug in their adjusted gross income (line 7 on the 2018 IRS 1040 form) and immediately see how much they’d have to pay. The calculator automatically adjusts fees based on how many kids the family is enrolling and whether they also have children in area Jewish high schools.

The advantages of this approach, say administrators, is that it cuts out a lengthy, invasive and often subjective financial aid process in favor of a simple one. It also allows families to better plan for the future because under the previous system, it wasn’t a given that the financial assistance received for one school year would be offered in subsequent ones.

“We did not launch this program to drive enrollment,” said Aaron Lauchheimer, the school’s president. “It was more thinking about trying different ways to provide assistance to families in a more dignified manner.”

Cut in half, then give it back

Basic economic theory posits that if you cut the price of something, demand surges. If it rises enough, increased revenue offsets the reduced sticker price.

That’s the theory behind a program at the San Diego Jewish Academy to cut the cost of tuition by 50 percent. Called the Open Door Program, the effort initially offered half-price tuition to parents of students in kindergarten and ninth grade and guaranteed the reduction for four years. In return, the school asked parents to return the savings to the school in the form of a tax-deductible donation, though the donation is not required. Tuition at the school currently runs $24,000 to $28,000 per year. 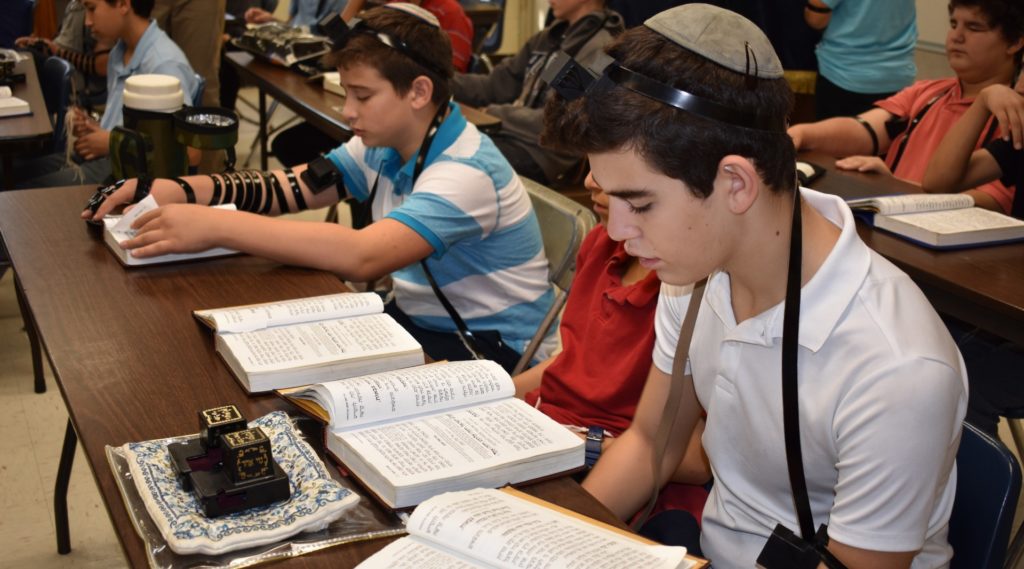 Jewish day schools across the country are experimenting with different models to reduce tuition. (Courtesy of the Hillel Torah North Suburban Day School)

The program aims to bump up enrollment at the pluralistic school, which is the only non-Orthodox day school in the San Diego area. The percentage of new students brought in by the program will determine whether it can continue and how much the school must raise to fund it.

In the first year, kindergarten enrollment jumped a whopping 80 percent, and ninth grade increased by 50 percent. About half of kindergarten parents made the voluntary contribution back to the school, according to the head of school, Chaim Heller.

“The bottom line is we can’t keep doing the same old thing here and cry that the Jewish community is disappearing,” Heller said. “Here we’re taking our future in our hands. We’re being very proactive.”

The Open Door Program is part of a broader $15 million effort to enhance the overall quality of the school. Heller is banking on the fact that within a few years, parents will be so pleased with the school that they will keep their kids enrolled even if tuition rises.

Get rid of the frills and tinker with the learning model

Much has been written about schools that achieve major tuition savings by slimming down the administration and pursuing other cost savings. Yeshivat He’Atid, an Orthodox day school in Teaneck, New Jersey, combines a no-frills approach with blended-learning classroom instruction to keep down costs.

The school opened in 2012 with 116 students in three grades. This academic year, the school has over 550 students and will be graduating its first eighth-grade class. Tuition is $10,150 until fifth grade and $11,400 in middle school. By contrast, Manhattan’s Abraham Joshua Heschel School charges more than $43,000 beginning in kindergarten.

Yeshiva He’Atid has limited costs in various ways. Because of the relatively low tuition, nearly all the parents pay full freight, which reduces the need to set aside a lot of money for scholarships and hire fundraisers. Teachers with children in the school receive a smaller tuition break than their colleagues at other schools, though the school says that with its lower initial tuition, they end up paying less than they would at other schools. Administrative overhead is slimmer: the school has no admissions director or development director. And class sizes are larger, often 25 students with just one teacher and one assistant. 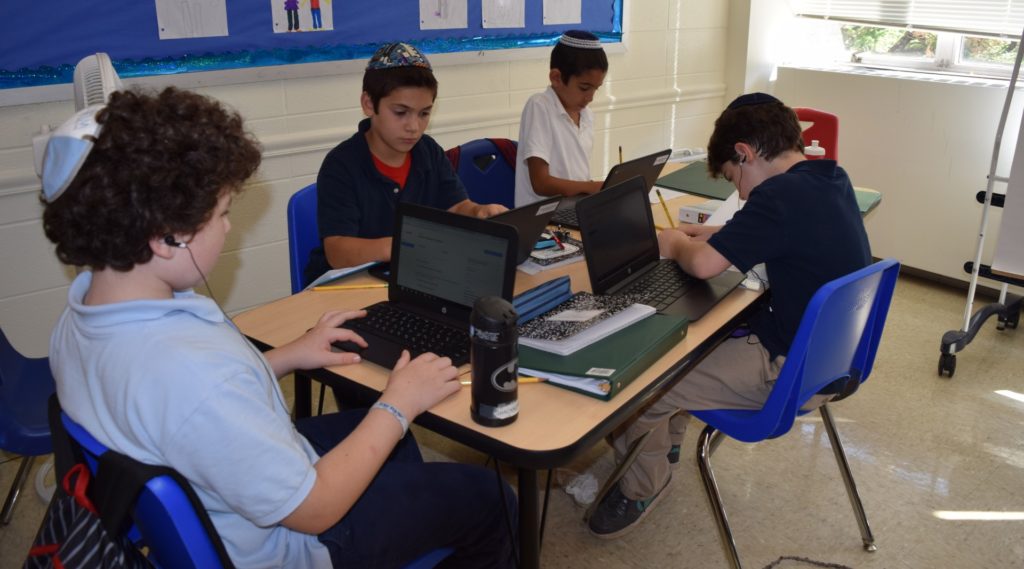 Some Jewish day school classrooms utilize a rotational model in which students are split into multiple groups, with some working on their own, thereby helping reduce costs. (Courtesy of the Westchester Torah Academy)

The key to making it all work is the school’s rotational classroom model in which the class is split into multiple groups. Two groups might work with an instructor, while two others might do self-guided work or computerized lessons.

“Just being a cheap school is never going to work,” said Rabbi Tomer Ronen, Yeshivat He’Atid’s head of school. “We were able to prove that you can deliver excellent Jewish education in an affordable way and not have this massive hole in your budget every year and have to go fundraise to cover the gap.”

Get the state to pay for it

In recent years Jewish day schools have been increasingly successful at winning public money for a whole range of purposes, from security to technology education to nursing assistance. But states with tax-credit scholarship programs can bring cost savings to a whole other level.

In Pennsylvania, state scholarship programs now funnel millions of dollars each year to help defray tuition at Jewish day schools in the state. The programs essentially allow corporations (or groups of individuals who set up “special-purpose entities”) to get 90 percent of their contributions to Jewish day schools returned to them in the form of tax credits. The monies are then used to fund scholarships to the schools.

At the Silver Academy in Harrisburg, this has proven to be a godsend. The school only has about 50 students and an annual budget of about $900,000. Funds collected through the state programs account for about $400,000 of the budget.

Scott Rubin, Silver’s treasurer, says the money has enabled the school to make good on its promise to provide an education to any Jewish child who wants one, regardless of their ability to pay.

“This program has changed the way that we do fundraising because it enables people to contribute tenfold what they normally do,” Rubin said.

In Philadelphia, the Jewish federation has a full-time staffer whose job is to provide back-end support for the tax-credit program. In the last fiscal year, nearly $14 million was raised through the program for Jewish schools in the area.

State tax incentives now funnel millions of dollars through similar programs, according to the website Ed Choice. And federal legislation is pending to create an incentive program urging more states to get on board.

“There’s literally hundreds of millions of dollars being pumped into K-12 education systems across the states that would not otherwise be there,” said Nathan Diament, executive director of the Orthodox Union’s Advocacy Center in Washington, D.C. 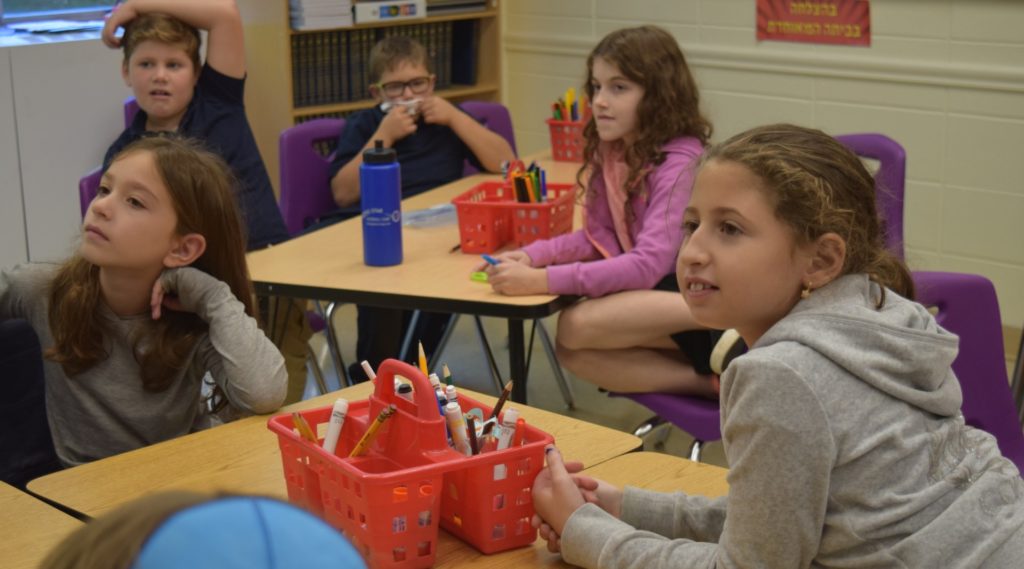 Many Jewish day schools that are undersubscribed are using tuition discounts and philanthropic support in an effort to boost enrollment. (Courtesy of the Westchester Torah Academy)

Use philanthropy to reduce cost barriers to enrollment

In Toronto, two donors gave $15 million (Canadian) in 2017 to reduce tuition by more than one-third at TanenbaumCHAT, one of the only non-Orthodox day schools there. Enrollment surged.

The year before the program began, tuition at the school was at $26,500 and heading north. The donation brought it down to $18,000. The school reported a 70 percent rise in enrollment for grade 9 the following September and 150 new students overall.

“It led to huge increases in enrollment, proving the point that it’s cost that’s the limiting factor,” said Evan Mazin, director of educational capacity building at UJA Federation of Greater Toronto. “We care about enrollment. That’s what we want to solve for. And affordability is the biggest limiting factor for enrollment.”

Other communities have launched similar initiatives, but none on the scale of Toronto.

In Boston, a $2.1 million community fund provides up to $6,000 in tuition subsidies for three years to new students at any of the city’s Jewish day schools. This summer, the newly formed New England Jewish Academy in West Hartford, Connecticut, announced a tuition subsidy program that would reduce tuition in grades K-12 by as much as half.

In Southern California, Kadima Day School in the San Fernando Valley, outside Los Angeles, cut tuition across the board by 40 percent two years ago. For elementary and middle school, it now runs about $15,000 per year, well below what comparable Los Angeles-area Jewish schools charge. The hope is that increased enrollment will offset the reduced tuition.

“The school can easily accommodate another 50 or 60 kids,” said head of school Steven Lorch. “If we had enrollment in the 250, 260 range, we would have made up the difference.”