The Actors’ Temple: Inside the synagogue where Broadway’s biggest stars used to pray 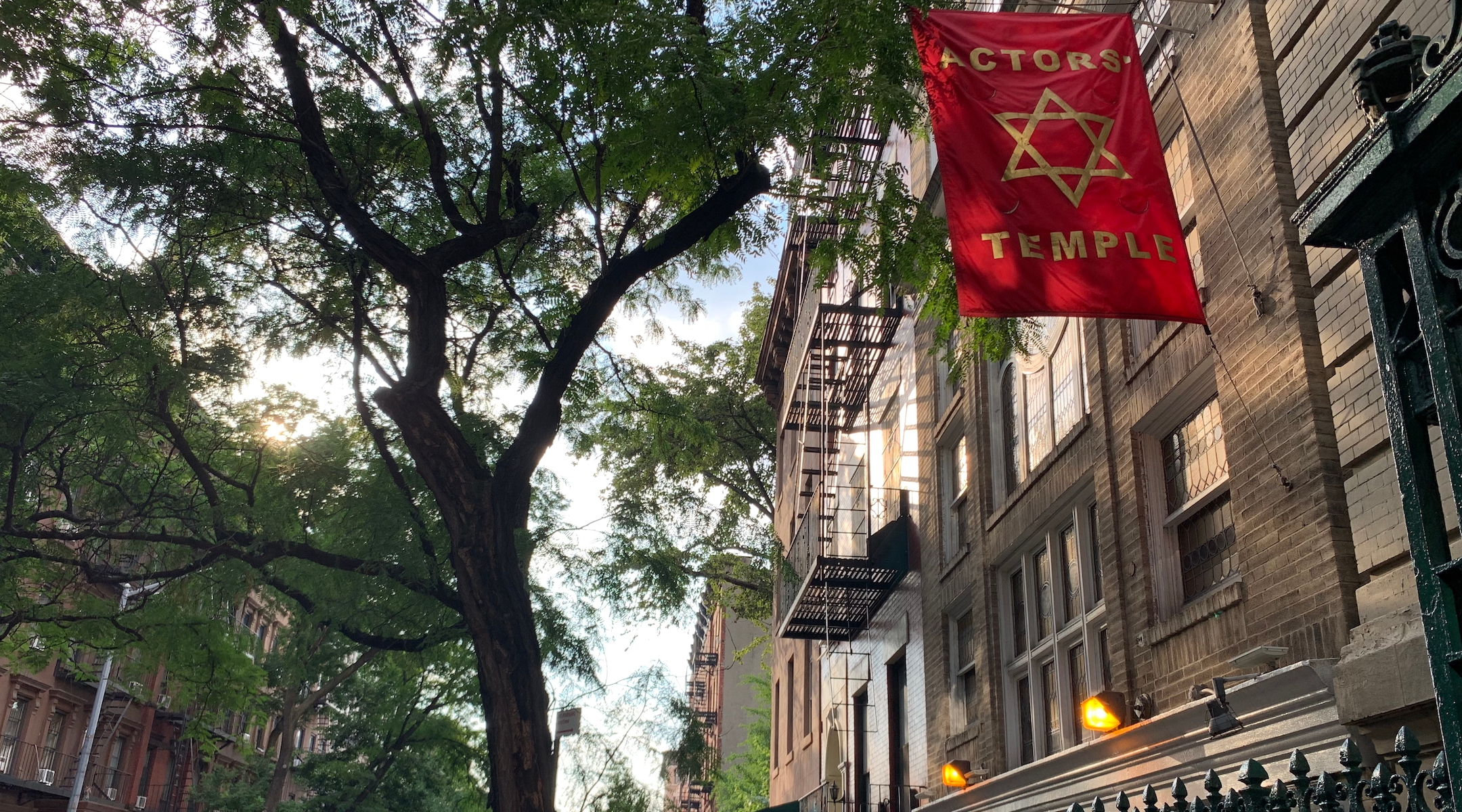 NEW YORK (JTA) — On a recent Friday night, about 20 people gathered for Shabbat services at the Actors’ Temple, a synagogue just a few blocks from Times Square.

Rabbi Jill Hausman greeted each one by name with a kiss on the cheek and a “Good Shabbos.” Some sang along and others listened as she led the small crowd in a service using a prayer book and a packet she had printed out just minutes earlier in her upstairs office.

It’s a far cry from the era when some of the biggest celebrities in the country used to gather at the West 47th Street shul. The Three Stooges, actors Shelley Winters and Aaron Chwatt (better known as Red Buttons), baseball stars Sandy Koufax and Hank Greenberg, and TV host Ed Sullivan all prayed there. Sullivan, whose wife was Jewish, also hosted the annual temple benefit at The Majestic Theater. Headshots of stars who frequented the synagogue hang on a wall.

The synagogue was founded in 1917 for a much different crowd: Orthodox shopkeepers who worked in Hell’s Kitchen, a neighborhood lined today with bars and restaurants catering to the pre-theater crowd but at the time was rife with gangs.

In the 1920s, the synagogue, formerly known as Congregation Ezrath Israel, hired Bernard Birstein as its first rabbi. Birstein had his eyes on Broadway, which was home to many Jewish actors and actresses but few regular synagogue-goers.

“They weren’t socially acceptable, their morals were questionable because they were all in vaudeville, and they toured all around the country and they weren’t really welcome in the large wealthy synagogues,” Hausman said. 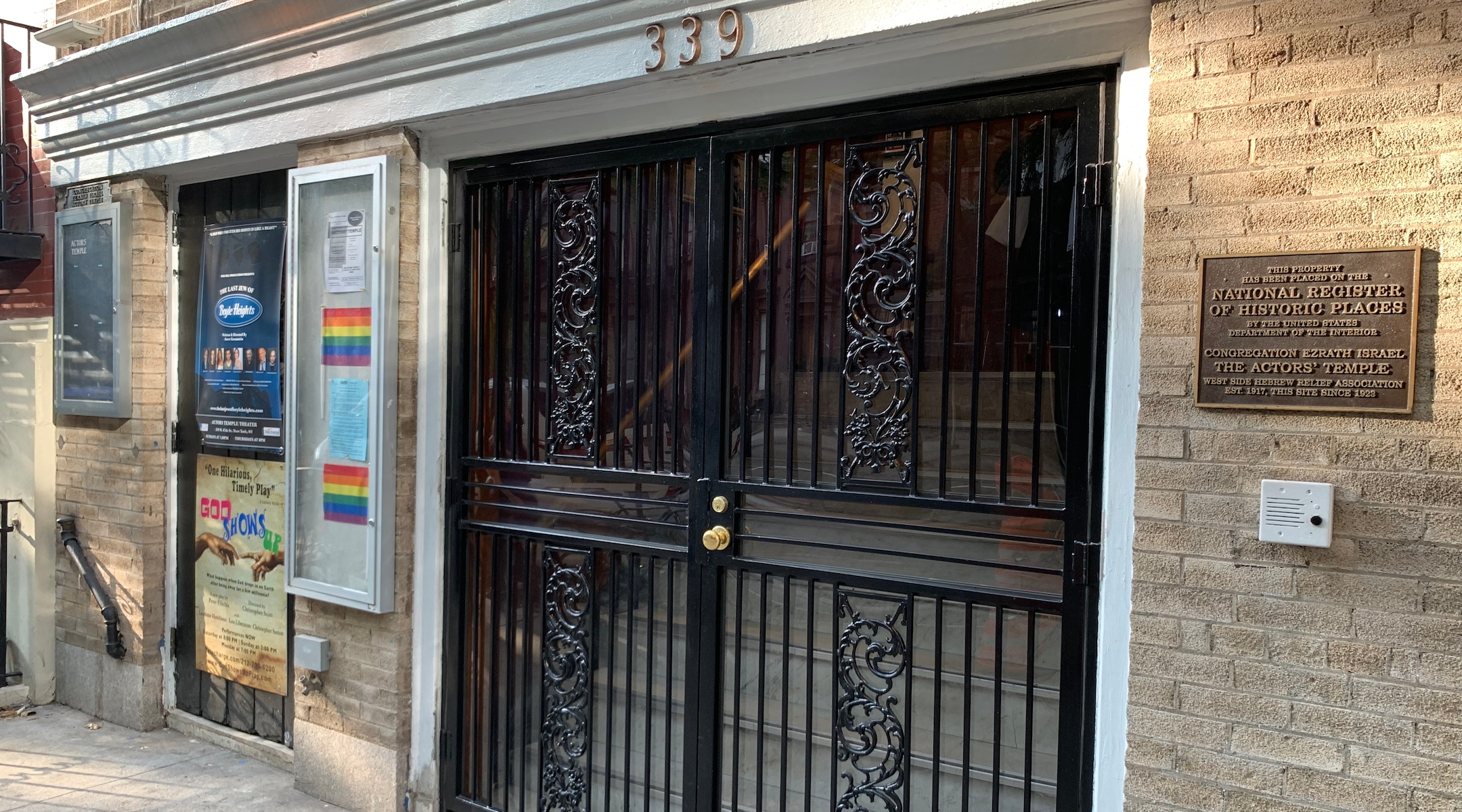 The synagogue was founded in 1917 and has been in its current building since 1923. (Josefin Dolsten)

One of Birstein’s first recruits was the popular Ukrainian-born entertainer Sophie Tucker. At first she resisted his advances, but after multiple visits the rabbi swayed her with a heavy load of Jewish guilt.

“He said to her, ‘Sofele, who’s going to say Kaddish for your Yiddishe mama?’ And that was one of her big numbers, and he really touched her in the heart,” Hausman said.

After Tucker, other stars started flowing in and the synagogue became known as the Actors’ Temple. In addition to the famous members, a number of other big names would perform at its annual gala, including Barbra Streisand, Bert Lahr, Danny Kaye and Jimmy Durante.

At some point after Tucker joined, the synagogue became Conservative. Hausman isn’t sure of the year, but she says that at one Shabbat service, a wealthy woman decided to sit in the men’s section with her husband rather than in the women’s balcony, as is the Orthodox custom. She was joined by Tucker and eventually the rest of the women. Today the synagogue is nondenominational and welcomes interfaith couples and members of the LGBTQ community.

The synagogue continued to attract Broadway stars through the 1960s, when membership started declining.

When Hausman, who is in her 60s, came on board 14 years ago, the temple had only 12 members and was struggling financially. The board thought it may be time to close its doors, the rabbi recalled.

But Hausman was able to turn things around by returning the synagogue to its show business roots. She took out the pews and converted the sanctuary into a space that she rented out as a dance studio.

Shortly after, she met a theater manager who suggested that she rent out the synagogue as an off-Broadway performance space. The manager helped install a stage and put theater lights in the balcony where the women once sat.

“It was economic necessity because our dues are $180 per person per year,” Hausman said. “We’re not built on a dues model.” 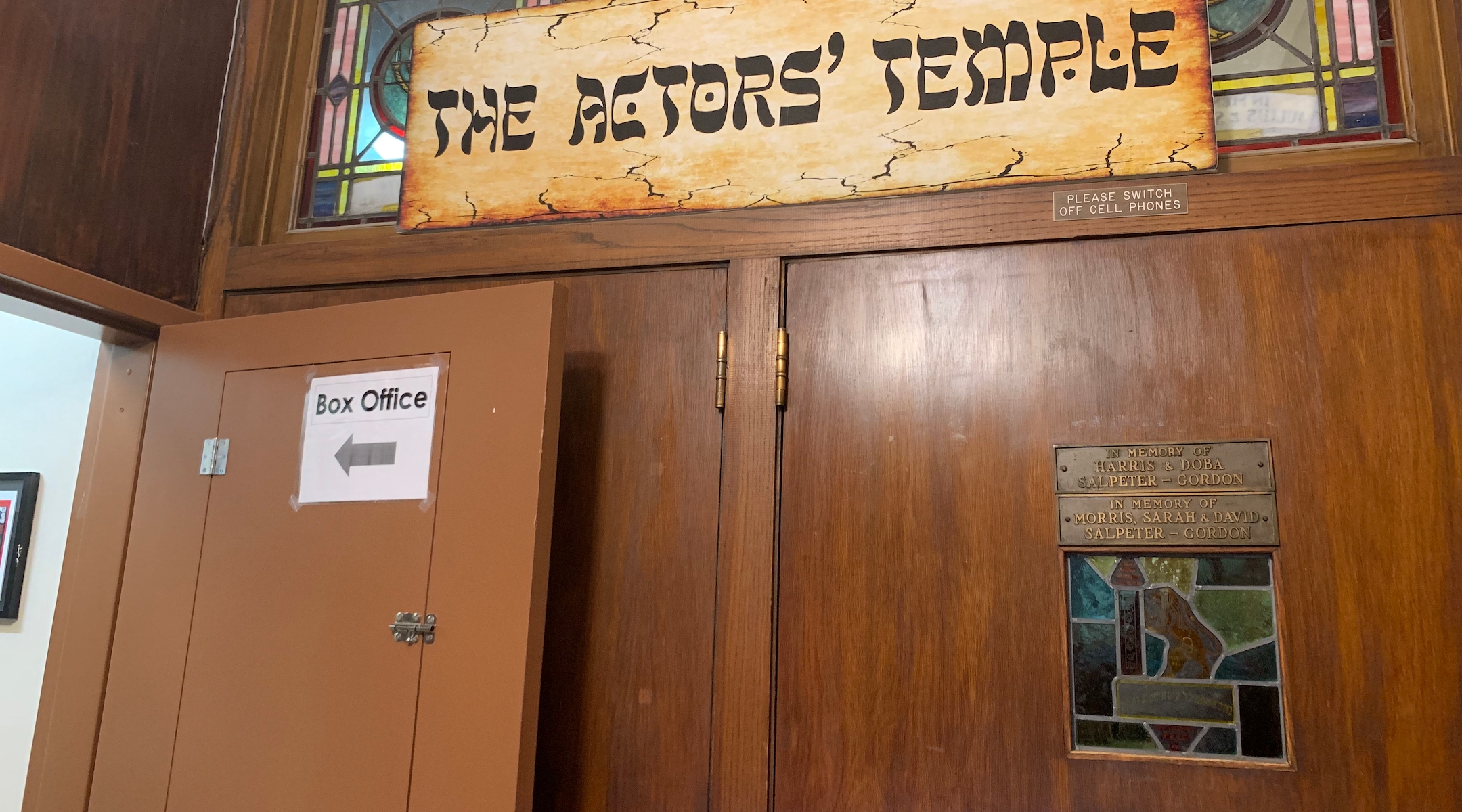 The Actors’ Temple can host shows up to eight times a week. (Josefin Dolsten)

The first show opened in the fall of 2006, and since then the synagogue has been renting out its stage for performances almost every week. It can host up to eight performances a week — only Friday nights and High Holidays are out. The synagogue also rents out space to a program that provides enrichment classes for children who are homeschooled.

Hausman estimates that there are between 150 and 200 members today and about 20 show up on a typical Friday night. She said around 40 percent of regulars are involved in show business in some way.

“We are not a family congregation the way most congregations are,” she said. “Not that we don’t like families, but our membership is mostly singles and couples from early through late middle age.” 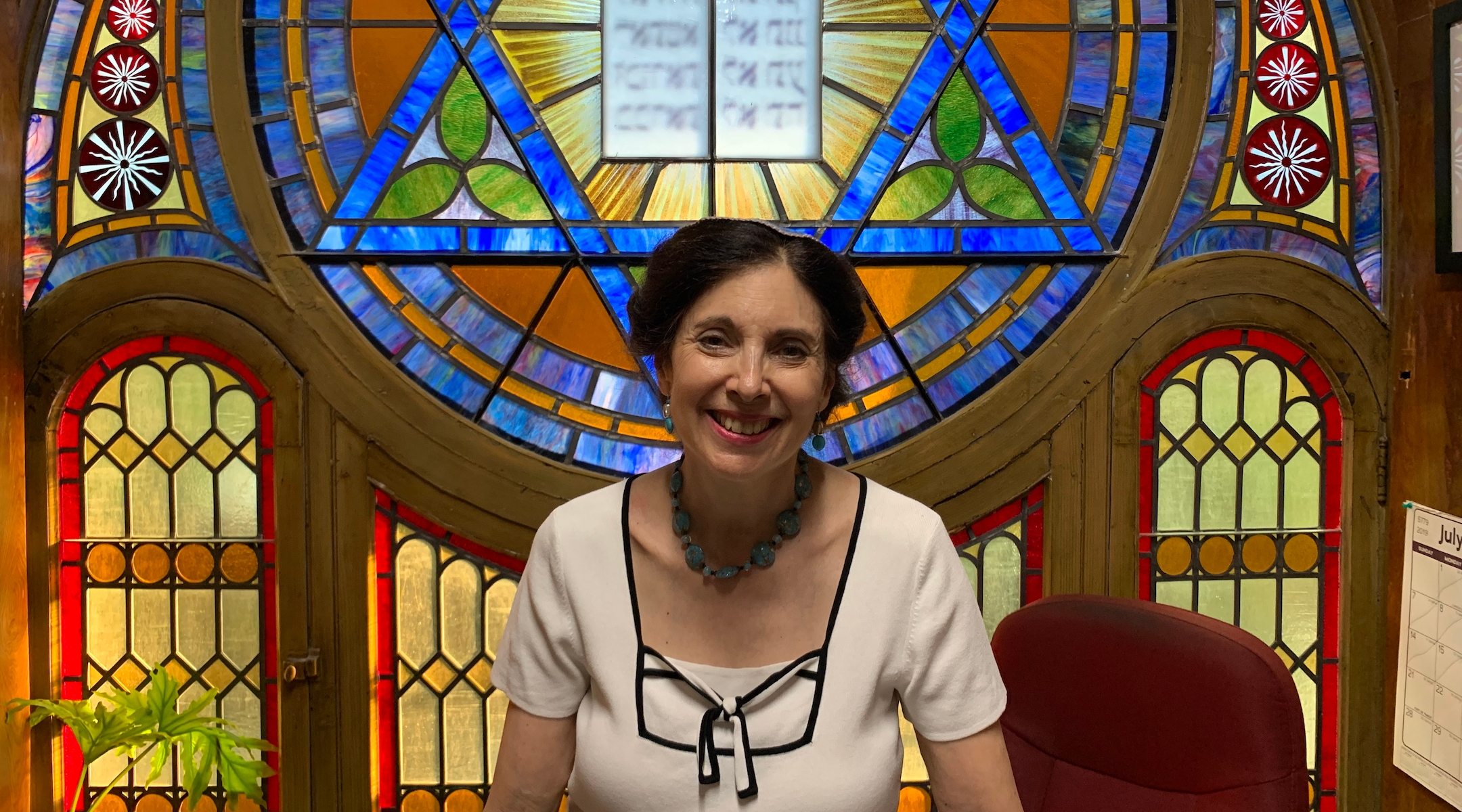 Rabbi Jill Hausman converted the sanctuary into a space that she rents out for off-Broadway performances. (Josefin Dolsten)

Though most shows have nothing to do with Judaism, for some the setting resonates. For four months this spring and summer, the Actors’ Temple hosted performances of “The Last Jew of Boyle Heights,” a play by Steve Greenstein about a Los Angeles neighborhood that once was home to a large Jewish population and now is predominantly Latino.

Greenstein, who is a member of Actors’ Temple, said that putting on his play in a Jewish setting carried special meaning. The ner tamid, the eternal light hanging above the synagogue ark, peaked out behind the stage during performances and the stained glass windows were visible when one of the characters recalled an old synagogue in Boyle Heights.

“The space fit the play,” Greenstein said. “And that’s important when you’re creating a piece of theater.”