Yair Golan was once Netanyahu’s pick to head the army. Now he calls him a ‘coward.’ 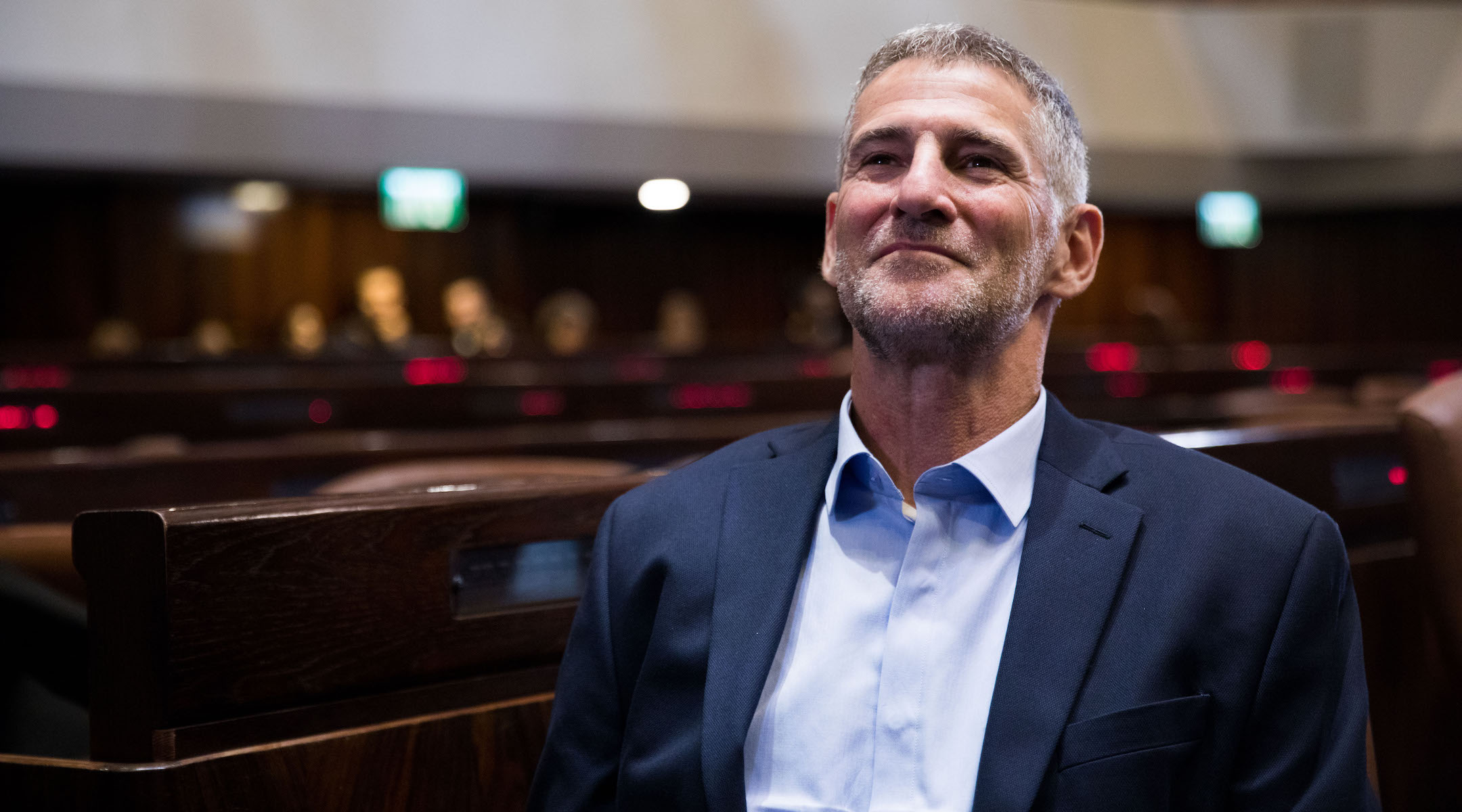 Yair Golan during a tour of the Plenary Hall at the Knesset in Jerusalem, Sept. 25, 2019. (Yonatan Sindel/Flash90)
Advertisement

(JTA) — Five years ago, Major General Yair Golan was on the cusp of running the Israeli army under Prime Minister Benjamin Netanyahu.

Golan had already helmed two of the Israel Defense Forces’ major commands and ascended to the military’s second-highest rank. Following the 2014 Gaza War, he was reportedly Netanyahu’s first choice to be the IDF’s top commander, though the job ultimately went to another general. Golan ended up serving as deputy chief-of-staff for three years.

Now, Golan is one of Netanyahu’s most strident critics in the Israeli parliament. In an era when the majority of Jewish Israelis self-identify as right-wing, and neither of the country’s two major parties endorses the creation of a Palestinian state, Golan is an endangered species: a former senior Israeli general who is vocally left-wing — at least in Israeli terms.

“It’s terrible to me when leadership builds itself not on hopes, not on what’s noble, not on the mind, but on the darkest feelings people have,” Golan told the Jewish Telegraphic Agency during a recent visit to New York to speak to the Israel Policy Forum, a center-left group that favors a two-state solution. “I’m talking about Bibi Netanyahu. He’s the most dangerous kind of populist leader.”

He added, “We’re lucky he’s a coward. Or cautious, to put it in positive terms.”

Golan, 57, is the son of a Holocaust refugee and a member of the liberal Zionist Democratic Union party, which holds just five seats out of 120 in the Knesset, Israel’s parliament. He wants Israel to extricate itself from the Palestinians, loosen the grip of the Orthodox Chief Rabbinate over marriage and divorce, and safeguard the country’s democratic institutions.

But when he gets down to specifics, Golan’s proposals illustrate how far Israel has moved since the last time the left governed the country, in 2001.

Yes, Golan wants Israel to end its control of most of the West Bank, but he believes Israel’s priority should be separating Israel from the Palestinians — whether through a peace treaty or not. His first step would be to expand Israeli settlement blocs near the border to ensure they remain part of Israel. He’s prepared to evacuate more isolated settlements.

If Israel becomes a single Jewish-Palestinian state, Golan said it will be a “surefire recipe for civil war.”

Golan recognizes that most Israelis are suspicious of a withdrawal from the West Bank and do not trust the political left. The leader Golan name-checked when speaking to JTA was not Yitzhak Rabin, the former general who launched the Israeli-Palestinian peace process in the 1990s, but Ariel Sharon, the hardliner and previous leader of Netanyahu’s Likud Party who unilaterally withdrew Israeli troops and settlers from Gaza in 2005. Golan has praised Rabin in the past, but he calls himself a “Sharon-ist.” 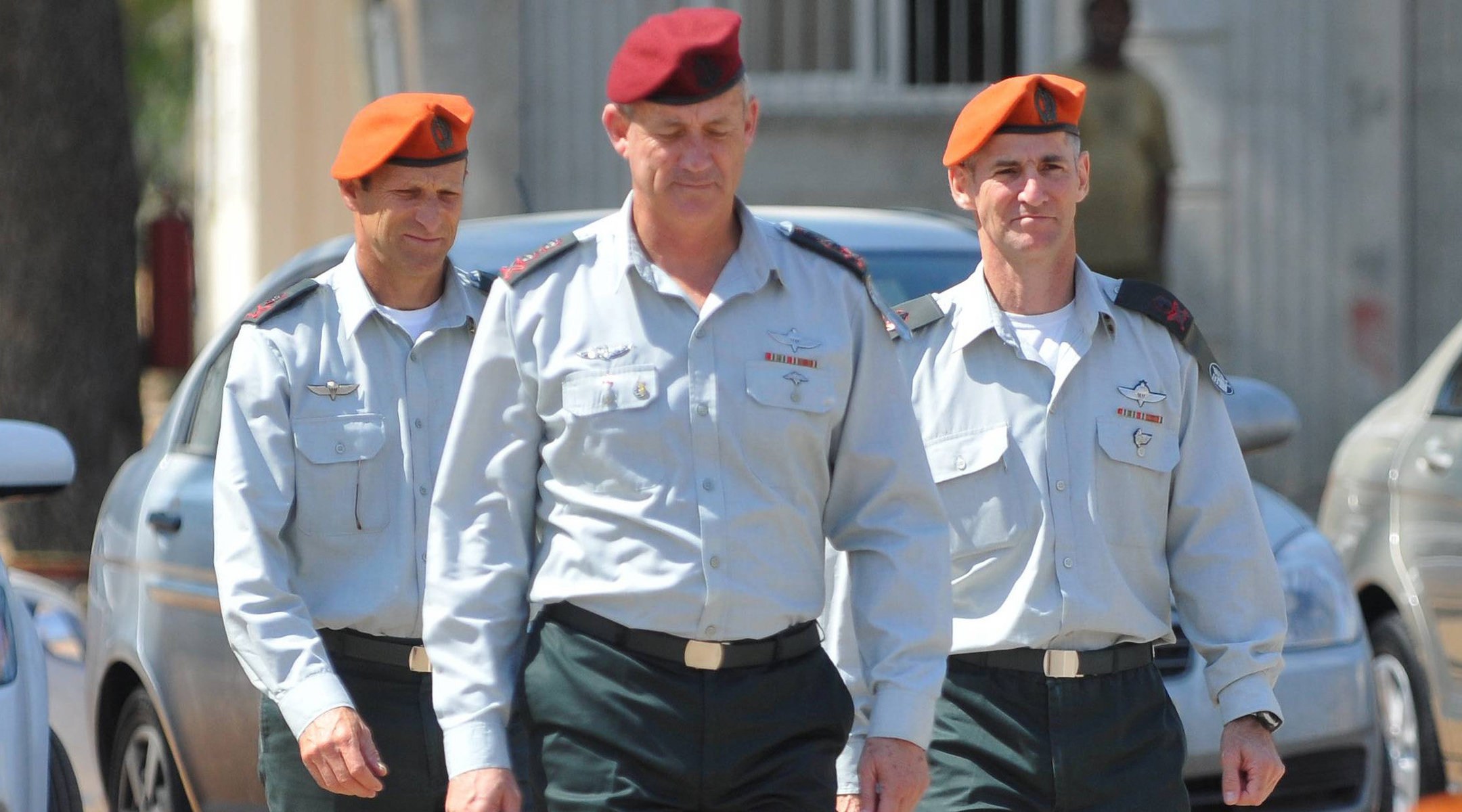 Golan noted that a number of senior Israeli security officials have come out in favor of some form of withdrawal from the territories following their military service. The party currently challenging Likud, Blue and White, includes three former IDF chiefs of staff, all of whom served under Netanyahu in various capacities. The party leader, Benny Gantz, commanded the IDF under Netanyahu for four years.

“I think that everyone in the top echelon of the security establishment understands the complexity Israel finds itself in, and understands that there are no simple solutions,” Golan said. “And that Israel, from a place of strength, needs to take risks and needs to initiate policy.”

Golan had one more chance to get the chief of staff job himself, in 2018, but by then his politics had become publicly known.

Two years earlier, in a controversial speech delivered on Holocaust Remembrance Day, Golan inveighed against populist nationalism and spoke of “the recognition of the horrifying processes that occurred in Europe in general, and particularly in Germany, back then – 70, 80 and 90 years ago – and finding signs of them here among us today in 2016.” Detractors accused him of comparing Israel to Nazi Germany.

Based on that and other statements — like one saying Israeli soldiers should risk their lives rather than unnecessarily killing a 60-year-old woman — a group of families of Israeli terror victims signed a letter against him.

“The statements of Yair Golan paint a concerning picture of a commander who is prepared to take unnecessary risks with his soldier’s lives while comparing our country to Nazi Germany, and more,” the letter said. “A person who sees our children’s blood as cheap cannot protect and command them.”

The job again went to someone else. But Golan stands by the 2016 speech — and the message he hoped to send to Netanyahu.

“I didn’t say we’re Nazis, we’re the same, or something, but its a speech that led to national soul-searching in the context of the lessons of the Holocaust,” he said. “I came to say a simple thing: Stop. As public officials, stop acting like this. It’s intolerable.”