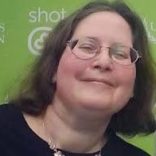 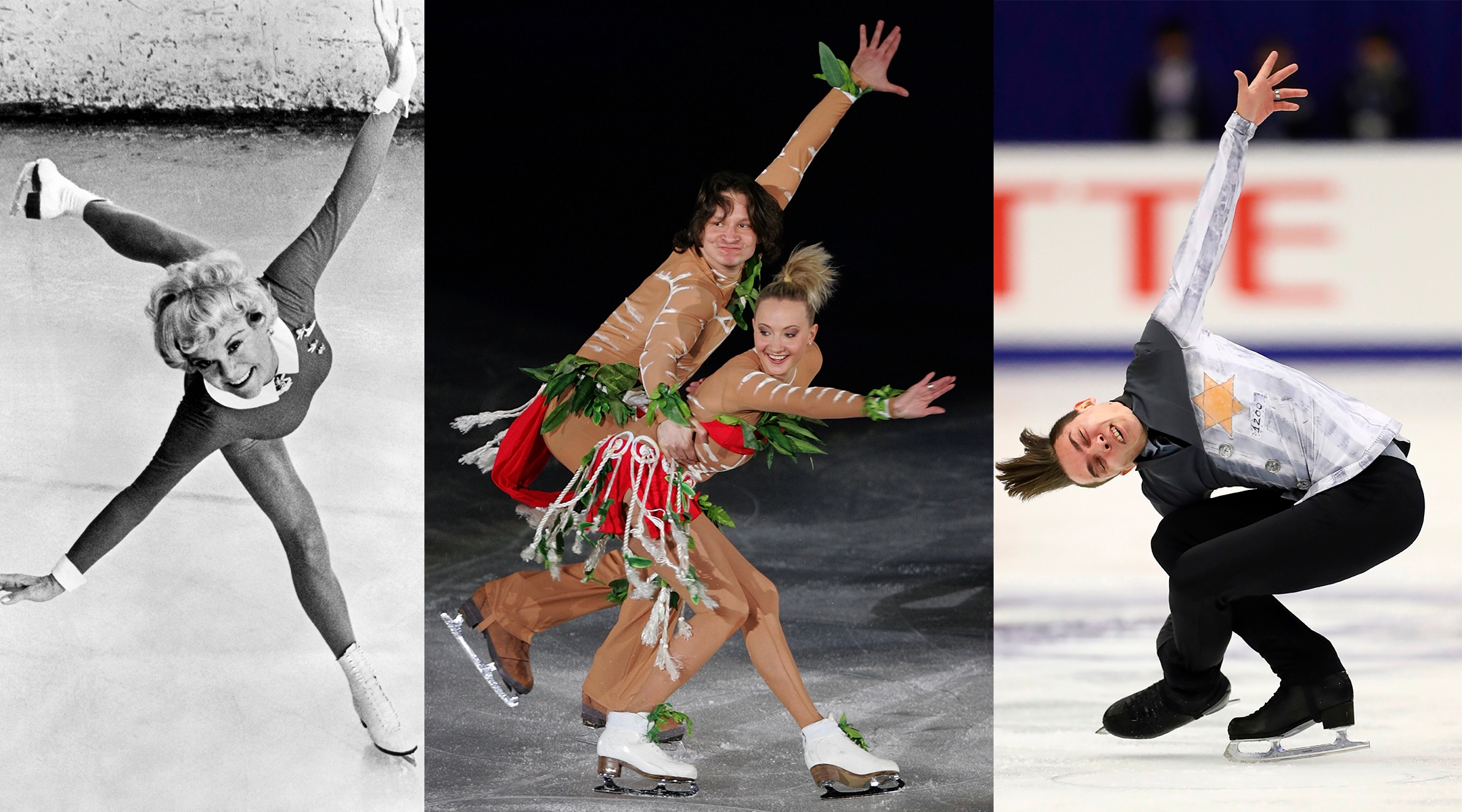 CALDWELL, N.J. (JTA) — Figure skating costumes have a long and sometimes ridiculous history. Until about the 1930s, women were expected to compete in ponderous and weighty skirts, making it hard to move freely, let alone tackle a triple lutz.

That all started to change largely for two reasons. The first was Sonja Henie. Only 10 when she first began competing, she got away with shedding the standard cumbersome skating clothing women wore in favor of much shorter twirly skirts, which allowed her to perform jumps and other elongated moves that ultimately led to three Olympic gold medals.

The second reason was modern stretch fabrics, which entered the market (and the sport) in the 1950s. Thanks to increased flexibility, skaters could move much easier and show off body parts — and their athleticism — in ways that had been unthinkable.

Since that time, skating officials have struggled to determine what is and is not allowed in costumes, and what may or may not cross the line. Skaters must follow certain dress code rules, enforced by the International Skating Union, before they step on the ice in an official competition. Men must wear pants, not tights. Officials understandably implore skaters to don clothing that is “modest, dignified and appropriate for athletic competition — not garish or theatrical in design.”

Contemporary skaters, coaches and officials have long walked a fine line between artistic expression and costumes that are too immodest or simply offensive.

The recent controversy over a Holocaust costume is just the latest example where governing officials and skaters fail to understand history, tact and the bounds of basic good taste.

Russian skater Anton Shulepov, as so many have before him, skated his season’s free skate program to moving music from “Schindler’s List.”

The problem wasn’t the music. It was the costume. His featured an odd mix of elements, including the uniform worn by Holocaust-era concentration camp guards and a prominent yellow star across his chest.

The International Skating Union allows fans to vote for their favorite costume each season, and this one made the list. It was not until protests began that the union’s officials backtracked:

The ISU regrets that by error the wrong costume (Free Skating instead of Short Program costume) of Mr. Shulepov has been presented for voting.

This error has been corrected and the ISU sincerely apologizes for this mistake and the bad sentiments it has caused.

This wasn’t the first time that Nazi imagery in a skating routine has sparked outrage.

In a 2016 performance set to a moving song from the soundtrack of “Life is Beautiful,” an Italian film in which a Jewish father  tries to distract his son from the Holocaust’s horrors, “former Olympic ice skater Tatiana Navka and her dance partner Andrei Burkovsky dance in the striped pajamas and yellow six-pointed stars which Jewish victims of Nazi concentration camps were forced to wear.” At the end of the routine, Burkovsky is killed by simulated machine-gun fire.

Skating is both art and athleticism. The best programs combine each aspect seamlessly. Costuming is an important part of the artistry: When done right, it shows off the skater’s creativity and point of view.

It’s doubtful that Shulepov was trying to be deliberately offensive. Many Russians take great pride in the nation’s historic anti-Nazi stance. Millions lost their lives in what today is known as The Great Patriotic War.

But this unfortunate incident does provide an opportunity to engage with the larger ongoing dialogue about how we remember the Holocaust and who is permitted to use its symbolism — not to mention the sacred symbols associated with other cultures and events.

Ten years ago, Olympic ice dance champions Oksana Domnina and Maxim Shabalin landed in hot water for donning costumes made from faux tribal designs. While Domnina and Shabalin allegedly intended to pay homage to aboriginal culture, the costumes were widely seen as a mockery of an authentic heritage too often misunderstood by outsiders.

A similar dynamic is at play in this latest case. The costume Shulepov wore should have been nixed from the outset. It is no more appropriate for a non-Jewish skater to put on a vile mark of the murder of a million Jewish children on his breastbone than it would be for a white skater to don false chains and act out the horrors of The Middle Passage across the ice.

Many nations have failed to provide their citizens with an education about the Holocaust and other acts of historical genocide. This latest incident makes clear that even more cultural education and sensitivity is needed for people all over the world.

Stacy Mintzer Herlihy
is a writer from New Jersey, where she lives with her husband, two daughters and some very spoiled mush cats. She's the co-author of, "Your Baby's Best Shot: Why Vaccines are Safe and Save Lives," and the author of "Smoking: Your Questions Answered." Her work has appeared in many publications including USA Today and Kveller.
The views and opinions expressed in this article are those of the author and do not necessarily reflect the views of JTA or its parent company, 70 Faces Media.