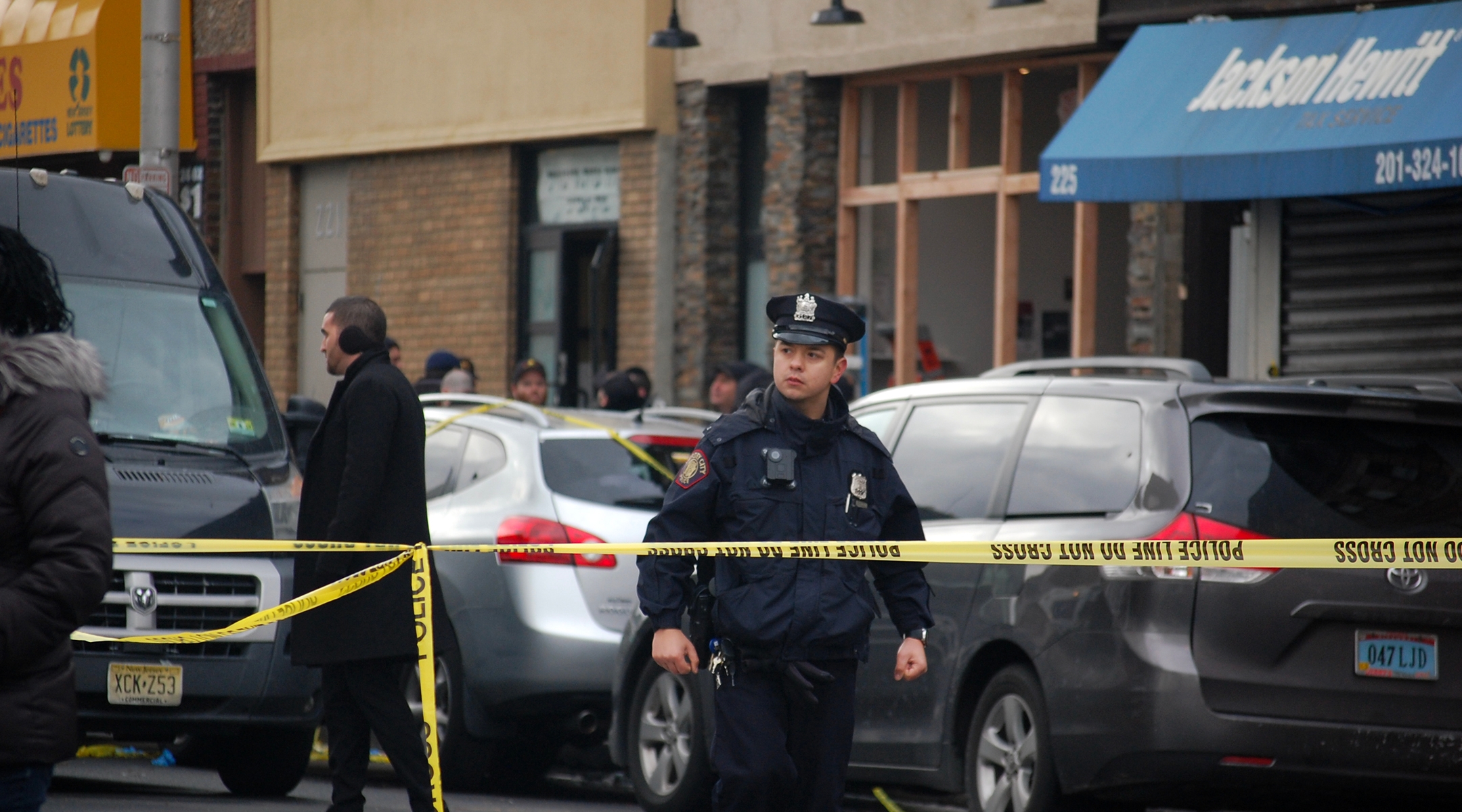 A police officer stands in front of the crime scene near JC Kosher Supermarket in Jersey City, N.J., the site of a deadly shooting, Dec. 11, 2019. (Laura E. Adkins/JTA)
Advertisement

(JTA) — New Jersey officials believe the two shooters at a kosher supermarket in Jersey City were motivated by bias against Jews and the police.

“We believe that the suspects held views that reflected hatred of the Jewish people as well as a hatred of law enforcement,” the state’s attorney general, Gurbir Grewal, said at a news conference Thursday.

Four people died in the attack Tuesday at the kosher store, in addition to the gunmen. The victims include Mindy Ferencz, 32, the market owner with her husband, and Moshe Deutsch, 24, who are Jewish, and a store employee, Douglas Miguel Rodriguez, 49. A police officer, Joseph Seals, 39, was killed at a nearby cemetery.

After shooting Seals, the suspects, who have been identified as David Anderson and Francine Graham, drove a van a mile away to the JC Kosher Supermarket and entered firing, according to local law enforcement officials. Police arrived on the scene and a shootout began that lasted more than an hour.

When it was over, police found the bodies of three civilians and the gunmen. Police also found an active pipe bomb in their van.

Grewal said the incident was being investigated as an act of domestic terrorism.

“The evidence points towards acts of hate,” he told reporters. “I can confirm that we are investigating this matter as potential acts of domestic terrorism, fueled both by anti-Semitism and anti-law enforcement beliefs.” 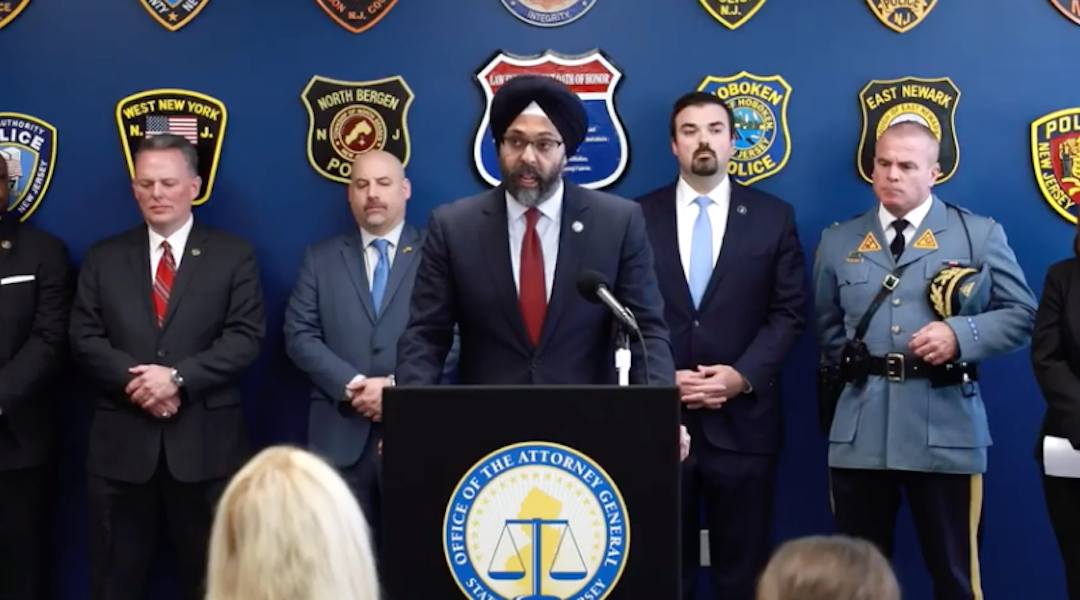 U.S. Attorney Craig Carpenito said the suspects targeted only people in the store as well as the police, and that a video showed that they had not shot at passersby.

Grewal said investigators were looking into social media posts that allegedly were written by the suspects. He said they were also probing possible ties with the Black Hebrew Israelites, a movement of African-Americans who believe they descended from the biblical Israelites. Some adherents hold anti-Semitic views.

“We have evidence that both suspects expressed interest in this group, but we have not definitely set any formal links to that organization or any other formal group,” Grewal said.

He added that investigators believe that the shooters were acting on their own.

Ferencz and Deutsch were among a number of haredi Orthodox Jews who recently made Jersey City their home. Some 100 families moved to the area from Brooklyn because of increasing rents. Community members say the Jews got along well with other residents in the Greenville neighborhood, which has a significant African-American population.