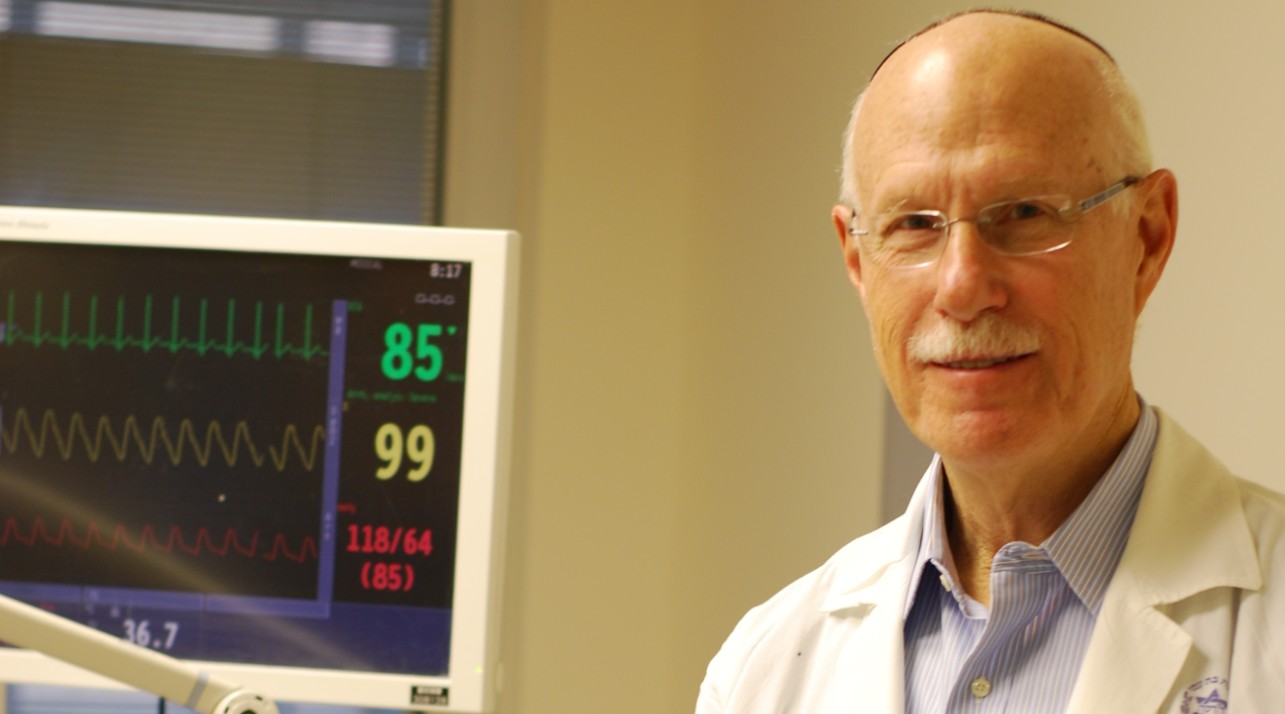 Dr. Charles Sprung of Hadassah Hospital found that doctors now favor palliative care for terminal patients at the end of their lives rather than aggressive medical interventions. (Courtesy of Hadassah Medical Organization)
Advertisement

Not long ago, an Orthodox rabbi in his early 70s with lung cancer was rushed to Jerusalem’s Hadassah Hospital with heart failure. The dying patient previously had asked his family not to be hooked up to life support, but when the time came and relatives had to make decisions, his wishes were ignored.

“They decided to do a tracheostomy, even though he had explicitly told them not to,” recalled Sigal Sviri, director of Hadassah’s Medical Intensive Care Unit. “The family had consulted another rabbi, who said you must prolong life no matter what. So we ended up doing something our patient didn’t want us to do.”

The patient survived another few weeks in the ICU and then died.

While doctors at Hadassah say they see cases like this from time to time, a new study by the director emeritus of Hadassah’s General ICU, Charles Sprung, found that physicians’ approaches toward end-of-life care has shifted considerably in the past decade and a half, including in Israel and traditionalist European countries.

More than before, doctors now favor palliative care for terminal patients at the end of their lives rather than aggressive medical interventions to forestall the inevitable.

“Practices have changed, and I think that’s good,” said Sprung, who authored the study with Dr. Alexander Avidan, Hadassah’s director of the Medical Informatics Unit. “Most of the time, we’re talking about patients at the end of their lives, when it’s pointless to do CPR.”

Sprung and colleagues surveyed 22 hospitals in 13 European countries and Israel and compared the results with a similar study conducted 16 years earlier. Today, more often than in the past, doctors will not resort to life-prolonging interventions: 89.7 percent in the 2015-16 study vs. 68.3 percent in 1999-2000, Sprung and his team found.

They also found that opting not to use all means possible to extend life didn’t necessarily condemn a patient to death. In fact, despite having fewer interventions in 2015-16, patients were more likely to survive than those in the same situation 16 years ago.

Sprung’s team surveyed 13,625 intensive care unit patients admitted over a six-month period in 2015-16 to study 1,785 patients who died or had limitations of life-sustaining treatments and constituted the study population.

“It used to be that physicians saw death as failure, and they tended to use methods with limited success rates to try and prolong life,” said Sprung, who is also a medical ethicist and a lawyer. “Now there is more openness in discussing end-of-life issues, new laws and a change in consensus.

“You do whatever you can to save patients, but when a times comes where you cannot save them, giving them palliative care so they don’t suffer is extremely important — not only for the patients but also the families.”

Sprung presented his study Oct. 2 at the European Society of Intensive Care Medicine’s Annual Congress in Berlin. It was also published in the prestigious Journal of the American Medical Association, or JAMA. 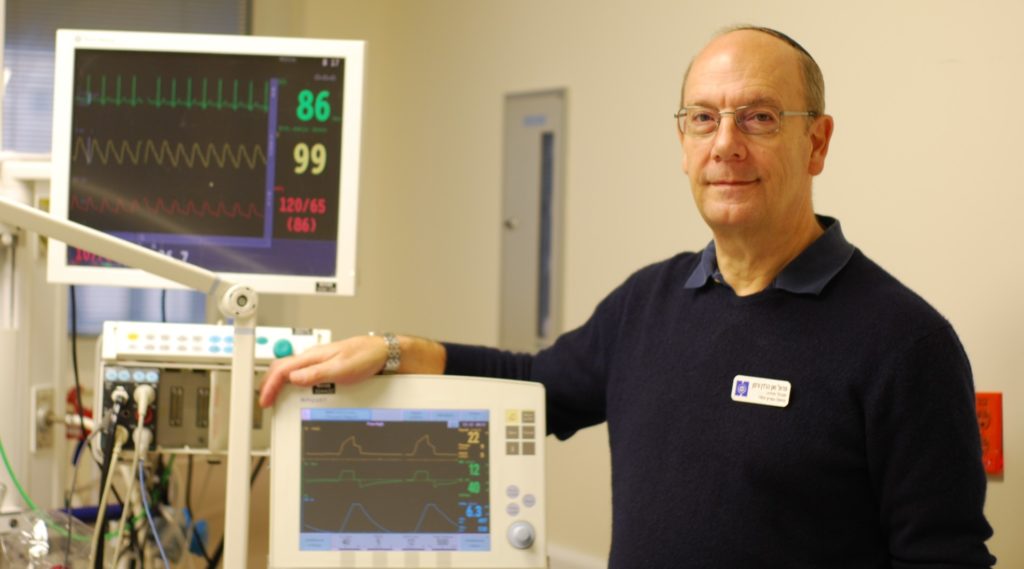 In Israel, it’s almost impossible to refuse the wishes of relatives who want all efforts made to prolong life, even when such efforts won’t change the outcome, according to Dr. Peter Vernon Van Heerden, Hadassah’s general ICU director. (Courtesy of Hadassah Medical Organization)

In Israel and southern European countries, doctors are more likely to use tools to extend life than in northern Europe, North America and Australia, the study found. But even so, there is more emphasis today on avoiding prolonged suffering than there was 16 years ago.

In the United States, Sprung said, surveys show that the general population tends to favor physician-assisted suicide and euthanasia more than the physicians themselves.

“Physician-assisted suicide and euthanasia are morally wrong,” Sprung said. “Our job is to preserve life when it’s appropriate, but not to prolong it when the outcome is inevitable and when suffering might be enormous during that time.”

It’s almost impossible in Israel to refuse the wishes of relatives who want all efforts made to prolong life, even when putting a patient on dialysis or treating crucial organ failures that clearly will not change the outcome, said Peter Vernon Van Heerden, who has been the director of Hadassah’s general ICU since 2015.

“I’ve been working in intensive care for 30 years, and we deal with this almost on a daily basis,” Van Heerden said. “Sometimes we’re presented with patients on ventilators with absolutely no chance of survival, such as advanced cancer. In another country, they wouldn’t have been put on a ventilator in the first place. But in Israel, the community expects it and the rabbis demand it — sometimes for very spurious reasons.”

An added complication in Israel, Sviri said, is that very few people have made living wills in the event that they are incapacitated and cannot communicate. She said it’s also not customary in Israel for hospital staff to ask newly admitted patients of their wishes.

“Unless you have a legally signed document that you bring to the hospital, the risk of you ending up on a ventilator is very high,” Sviri said. “In America, you can extubate if there’s no response in three days, but not in Israel. So we end up ventilating some patients who may not want to be ventilated. However, some of these patients may still do pretty well.”

Yet Sviri warned that in some European countries, the pendulum has swung too far the other way. In Belgium and the Netherlands, for example, physician-assisted suicide and euthanasia are legal and rates are rising.

“For every patient who didn’t want to be ventilated, there are patients who want to live and are not given that chance — especially in Europe — because somebody decided that it’s futile or that their quality of life will not be good,” she said. “In Israel, we do the opposite: continue life support for most patients, including those who end up who are vegetative.

“The truth is somewhere in the middle. You need to be very careful in your decision-making and not go to either extreme.”