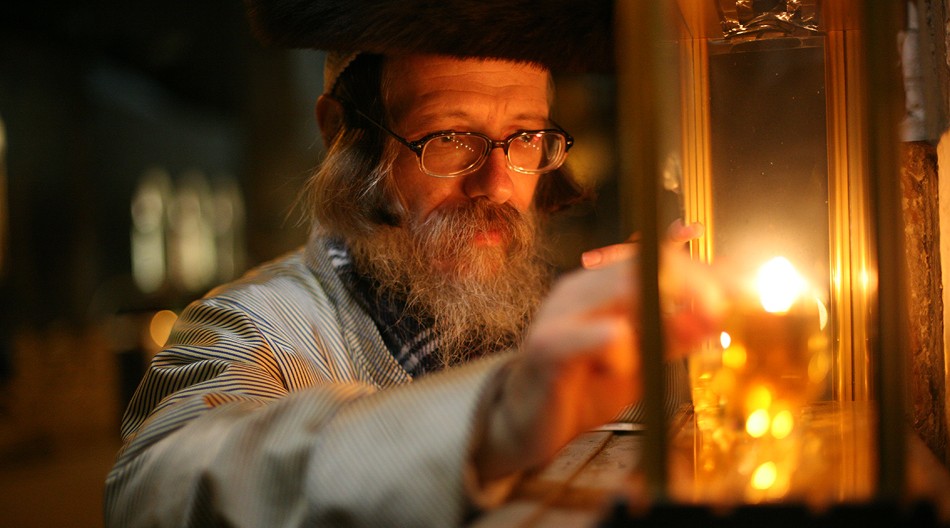 When the Yiddish New York Festival kicks off on the first night of Hanukkah, the coincidence of the weeklong celebration of Yiddish culture, food, music and dance with the Festival of Lights will be unmissable.

Aside from the traditional Hanukkah staples of latkes and jelly doughnuts that will be on hand, one highlight of the festival at the 14th Street Y in Manhattan will be the remarkable photography display called “Hanukkah in Mea Shearim (Jerusalem).”

The photos in the exhibit offer a window into Hasidic life in the strictly Orthodox neighborhood of Jerusalem, offering an intimate glimpse of men, women and children celebrating the holiday. Behind this exhibit stands a most unlikely creator: Agnieszka Traczewska, a Catholic woman from Poland who has made photographing Hasidim part of her life’s work.

“People who see these photos see more than the physical Hasidim; they see their spirituality,” said Rabbi Michael Schudrich, the chief rabbi of Poland.

The exhibition of Traczewska’s work is just one of several planned in the United States in the coming months. Traczewska recently published a book of her photographs, “Returns,” and her next exhibit is scheduled for January in Palm Beach, Florida, to coincide with International Holocaust Remembrance Day.

These are the latest steps of a journey that Traczewska embarked upon 14 years ago: to remind people of the once-vibrant Jewish life in Poland, and to document visits by Hasidim to Jewish sites in Poland like cemeteries and old synagogues. Now she photographs Hasidim in communities around the world.

“We live in the 21st century, and these people seem to be frozen in time,” Traczewska said of her subjects. “But they are modern people living in the 21st century, using computers, cellphones and cars. Yet their tradition and faith is the most important aspect of their lives.”

Adrian Kubicki, director of the Polish Cultural Institute New York, said that Traczewska’s ability to gain the trust of her subjects and access to their normally insular community is a testament not just to her talents as a photographer, but to her interpersonal skills. The Polish Cultural Institute is the organizer of the exhibition in Manhattan, which will run from Dec. 22 through Jan. 20.

“This is sort of a symbol, a bridge we build between Jews of Polish descent with their homeland,” Kubicki said. “It is to show how we appreciate their traditions and how Poland is involved in preserving this culture.” 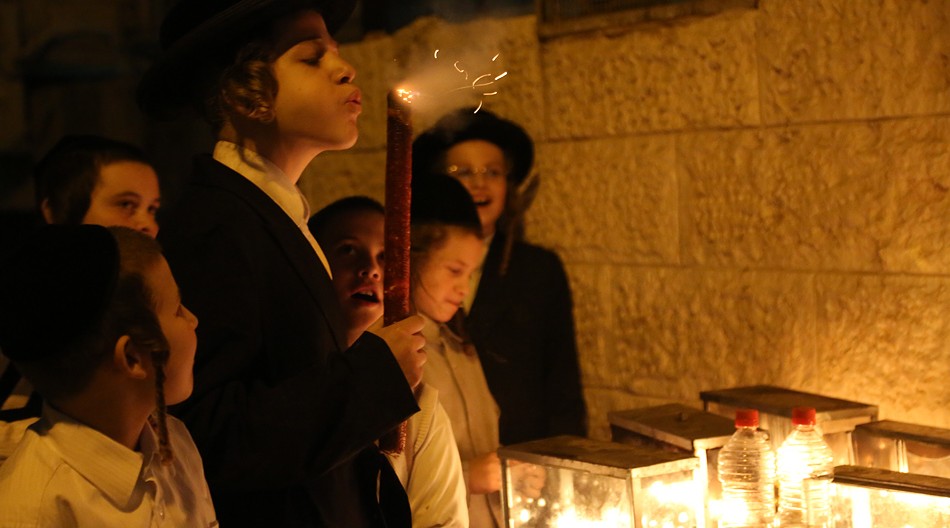 Traczewska’s journey began when a nonreligious Jewish friend told her about an annual pilgrimage made by Hasidim from around the world to Lezajsk, Poland, to honor the yahrzeit (anniversary of the death) of Elimelech Weisblum, a renowned 18th-century Hasidic rebbe. The yahrzeit had become a pilgrimage day because Hasidim believe it marks an occasion when the soul of the deceased returns from heaven to earth and may answer the prayers of those gathered around his burial place.

The friend thought Traczewska might be interested in taking some photos. Traczewska recalled being shocked and entranced by what she witnessed.

“I’m very well educated. And I thought I knew Polish history. But Jewish-Polish history was erased. We were not taught anything about Hasidic traditions and other aspects of Jewish history,” she said. “It was as though these people were living in another world totally unknown to me. They looked like the photographs I saw from before the Second World War.”

The experience left an indelible mark on her.

“What was most impressive to me was how tied they were to their tradition, how they performed the same rituals that their fathers, grandfathers and even great-grandfathers performed,” Traczewska said.

Using her camera lens, Traczewska became determined to “excavate the Jewish history of my country.”

She began to learn more about Hasidic life, and to gently approach her subjects on their visits to Poland — often standing in the snow over the course of hours while Hasidim visited neglected cemeteries in the dead of winter. Her dedication did not go unnoticed, and gradually they opened up to her. Traczewska learned their rules, such as the strict separation of sexes in certain circumstances, and abided by them.

Over time, she says, the work became easier.

“Never easy. Just easier,” she said. “Every time they need to judge if they let me stay there.” 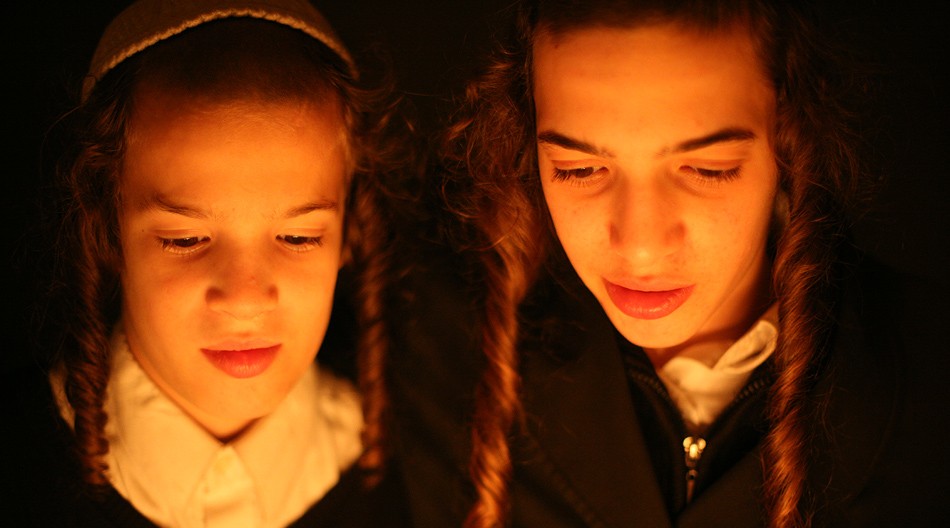 Like most Poles, Traczewska was born Catholic, but practiced her faith less and less as she grew older. Being exposed to the Hasids’ faith turned her “back to a religious path,” she said — not organized religion, but belief in a higher being.

Being a non-Jewish photographer of Hasidim has its advantages and disadvantages. On the one hand, she is an outsider and has had to work harder to gain her subjects’ trust. With her blond hair and Slavic face, it’s harder to remain unnoticed. But because she’s not Jewish, she says, Hasidim may be more open to her, and men give her more leeway in photographing in their spaces than they would if she were Jewish.

Traczewska now photographs Hasidim not just in her native Poland and in Israel, but in Hasidic communities throughout the world, including in Australia, England, Belgium and Brooklyn. Each time, she says, she has to win their trust and respect anew.

The 11 photographs on exhibit at the 14th Street Y are the fruit of work she began in 2014, when she started taking photos in Mea Shearim. Earlier this year, her works were exhibited at the United Nations building in New York.

“Somebody told me at one of my shows, ‘You are not just taking pictures. You’re telling stories,’” she said. “That captures what I’m trying to do.”