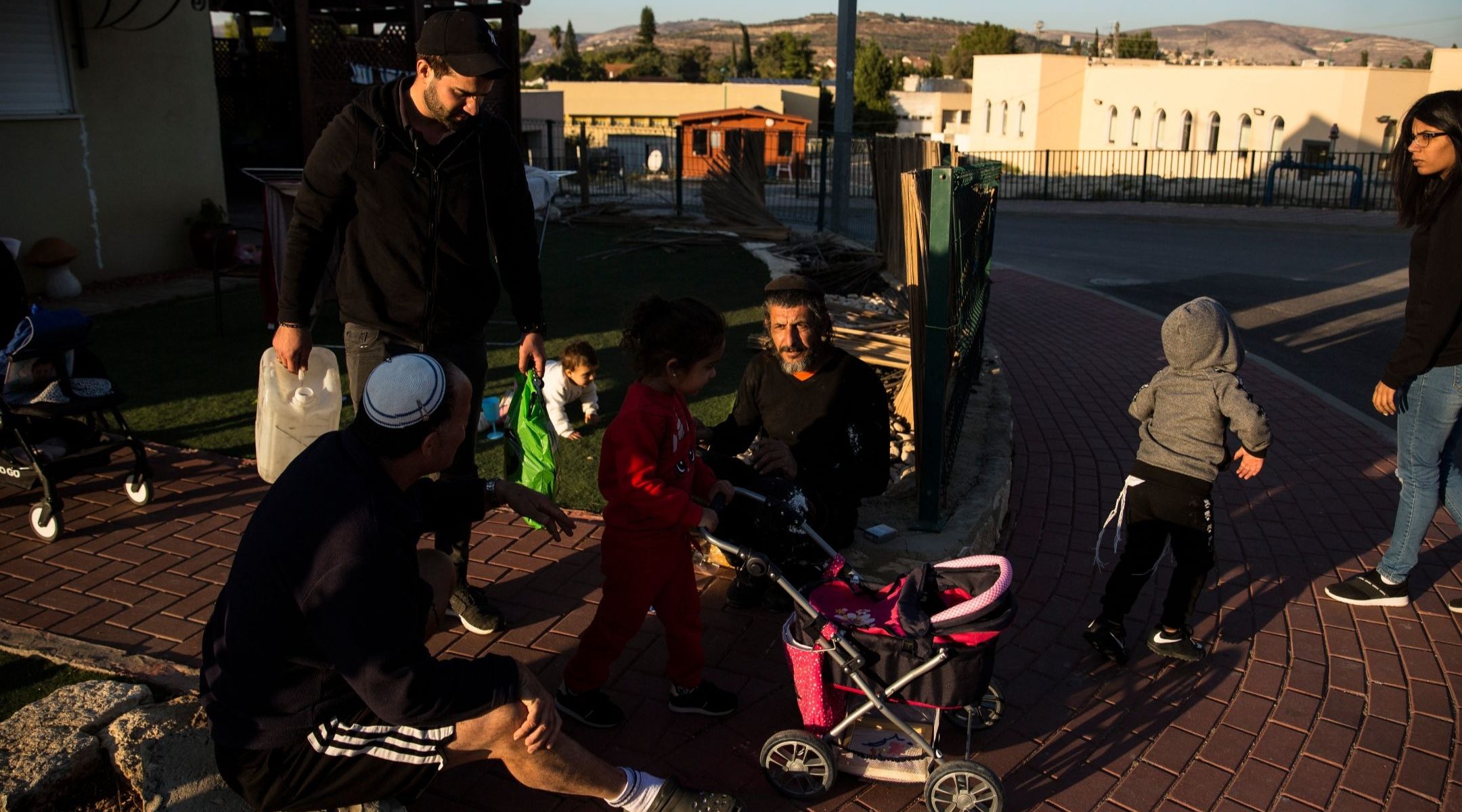 No, it’s not an ad for a symposium on the Upper East Side, but a slate of first-time candidates seeking seats in the 38th World Zionist Congress, the legislative authority of a 120-year-old Zionist organization that helps determine the fate of $1 billion in spending on Jewish causes.

Elections, which are open to Jews 18 and over anywhere in the world, are held every five years. The next ones will be held between Jan. 21 and March 11.

The candidates hope to steer funding away from Jewish settlement expansion in the West Bank and toward causes like expanding rights for women and minorities. The second paragraph of the group’s platform notes  its opposition to “the current policy of permanent occupation and annexation,” which it calls “unjust” and a threat to Israeli democracy.

Liberal Jewish groups already hold a majority of the American Jewish community’s 145 seats in the congress, but they have mainly used them to advocate for more religious pluralism in Israel. The new candidates hope to nudge those groups toward addressing the Israeli occupation of the West Bank more directly and to registering the unhappiness of the American Jewish community with the status quo there.

“My view of the American Jewish establishment and the Zionist establishment is that it is morally corrupt by defending the indefensible, for defending an occupation that holds millions of people occupied,” Beinart said in an interview.

The first-time candidates are running on the Hatikvah slate, which for years represented a small coterie of liberal Zionist groups. This year, Hatikvah aggressively expanded its outreach to liberal groups with greater name recognition.

“We want to bring in new folks,” said Hadar Susskind, a longtime Jewish activist who is directing Hatikvah’s campaign.

Among those newbies vying for spots on the body founded by Theodor Herzl in 1897 are a number of prominent Jewish liberals not known firstly for their activism around Israel, including former Manhattan Borough President Ruth Messinger, American Federation of Teachers President Randi Weingarten and Rabbi Sharon Brous, the founder and senior rabbi of the progressive Los Angeles congregation IKAR.

Organizers hope that outreach to their fans — coupled with liberal disaffection with Israel’s right-wing government and an easier-than-ever elections process — will more than double the list’s representation.

Hatikvah currently holds eight of the 145 seats in the American contingent in the congress. There are 152 slots allocated for Americans in the incoming congress. Representation is divided about equally among Israel, the United States and the rest of the Diaspora.

Herbert Block, the director of the American Zionist Movement, which runs the elections, said enthusiasm appeared to be high across the political spectrum.

“There’s more early engagement in the process now,” Block told the Jewish Telegraphic Agency in an interview. “There are more slates running across the board, there are more candidates running. Overall there’s more interest, which hopefully will lead to more engagement.”

Winning seats in the congress is the chief mechanism for Jewish Americans to influence the leadership of the Jewish Agency and the Jewish National Fund and the $1 billion a year those groups spend on Jewish education in the Diaspora and development projects in Israel, including in the settlements.

Over 56,000 U.S. voters took part in the 2015 elections, and Susskind said appeals from the new candidates joining the Hatikvah list could easily expand that number and result in a bigger piece of the pie for the list.

“The impact of this election is $5 billion in Israel and around the world” over the next five years, he said. “And that $1 billion a year comes down to the fact the elections decide on the leadership, but also who sits on boards of the Jewish Agency, Keren Hayesod (the United Israel Appeal) and the Jewish National Fund.”

The majority of the 145 seats in the outgoing congress are held by the Zionist arms of the non-Orthodox movements: Reform’s ARZA holds 56 seats and the Conservative movement’s Mercaz holds 25. The Vote Torah list of Orthodox Zionists holds 24 slots.

In an email blast to its members, J Street said that the $1 billion in annual funding “has a huge impact on the lives of Israelis of all religions and backgrounds as well as Palestinians in the occupied territories.”

The NCJW’s Katz said the effort is a means for the venerable Jewish women’s group to advance the rights of Israeli women, minorities, refugees and the LGBTQ community — all classes that NCJW seeks to protect in the United States.

“We’re proud we will take a seat at the table to advocate on behalf of women and feminists in our movement,” she said.

“They are opposed to any funding past the 1967 lines, which we fought for, for kindergartens,” Klein said. “These are Jewish people who need help. Some of these groups are harshly critical of Israel, yet they’ll be involved in what the education looks like in Israel.”

Rabbi Jill Jacobs, the executive director of T’ruah: The Rabbinic Call for Human Rights, another new addition to the Hatikvah list who has long campaigned against funding for the settlements, said the longstanding policy of affording two-thirds of World Zionist Congress seats to the Diaspora belies the cliche that non-Israeli Jews should stay out of Israeli politics.

“This is a way for progressive American Jews to help shape the Israel we want and we have every right to work and invest in and create that kind of Israel,” she said.

Ken Bob, director of the liberal Zionist group Ameinu, which has long been part of the Hatikvah list, said the recruitment effort is also a means of outreach to young liberal Jews, a constituency many see as increasingly estranged from Israel.

“There’s a double win,” Bob said.”We can promote our progressive Israel agenda, but also it’s a way to bring in younger Jews who haven’t found ways of connecting to any organized activity.”