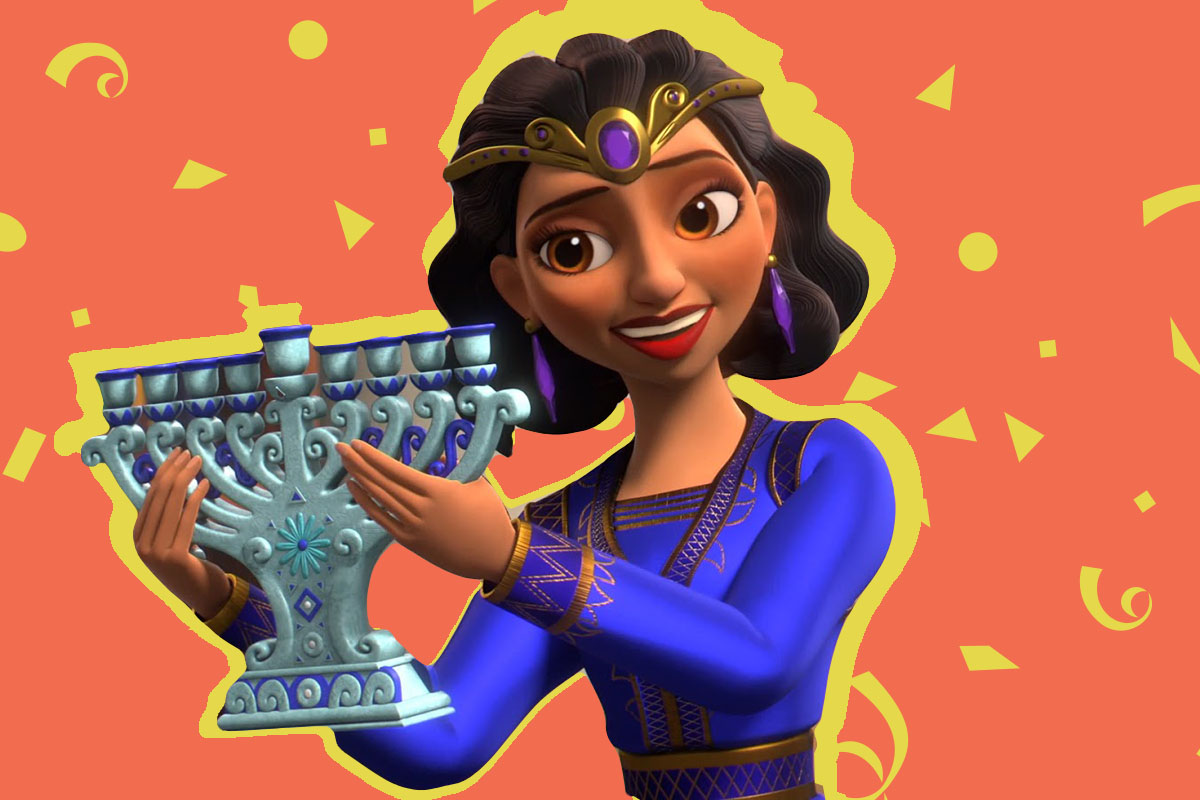 When Disney first announced that it would be airing a Hanukkah episode of its popular series “Elena of Avalor” featuring a Latina Jewish princess, the Jewish internet was abuzz with anticipation. I was excited, too. Finally my two daughters, ages 4 and 6, would be able to see Judaism celebrated on television, and with a character that had some ethnic flair.

The episode, “Festival of Lights,” which first aired on Dec. 6, follows a new character, Princess Rebeca, as her royal ship runs into dicey waters on the shores of Avalor. Once safely on land, Princess Elena learns that Rebeca was on her way home to the Latino Jewish kingdom of Galonia to celebrate Hanukkah. Her grandmother’s treasured menorah was lost at sea, and the princess would not make it home for the holiday celebration. Oh no! But Elena was ready to help another princess in need, so she and her family step in. They learn all about the Festival of Lights and help create a meaningful Hanukkah experience for all.

In the episode, viewers learn a little something about Hanukkah’s origin story, as well as the meaning of the menorah and other Hanukkah symbols. Perhaps the most illuminating point of the episode, however, is that fans learn that Latinx Jews exist. That’s a pretty major step forward when it comes to representation, in my book.

Yet confusion and criticism about the episode rolled in swiftly, as some commentators were miffed that Rebeca’s character appeared to be a mish-mosh of Sephardic and Ashkenazi customs. Some saw it as a missed opportunity for Disney to fully represent Sephardic culture, an oft- underrepresented minority within a minority.

As a Sephardic activist specializing in the language of Ladino, I often encounter people who try to correct me, “You mean, Latino, correct?”

So, let’s be clear: Ladino is a language spoken by many descendants of Spanish Jews, known as Sephardim, who were expelled from the Iberian peninsula in the 15th century. Latino generally refers to those with origins in Latin America.

Not all Latino Jews are Sephardic (or speak Ladino), just as not all Sephardic Jews are Latino. And yet, confusion about this distinction seems to be the source of much of the discussion surrounding the Hanukkah episode. In particular, many were dismayed that the Latina Jewish character referred to her grandmother as bubbe, the Askenazi Yiddish term for “grandmother,” instead of using the Ladino terms nona or avuela. Or that the Eastern European latkes were made right alongside bimuelos, the Sephardic fried treat. Rebeca’s dress seemed mostly Middle Eastern in style, but the use of dreidel and gelt — considered Ashkenazi customs — seemed paradoxical. 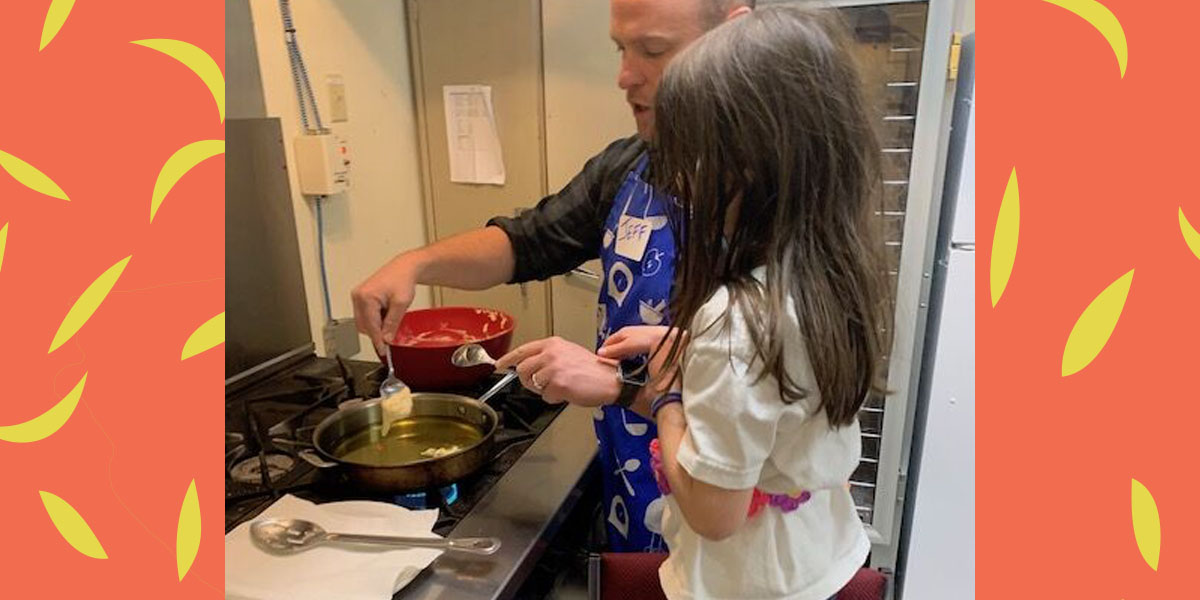 I am stumped by the criticism, because a Latina Jewish princess could very well be — and very likely would be — Ashkenazi. Argentina, for example, which has the largest Jewish population in Latin America, is majority Ashkenazi. And while bimuelos are commonly associated with Sephardim, they are also widely eaten in Latin America, with a similar Spanish spelling: buñuelo. It is entirely realistic that a Latina Jew would eat bimuelos without necessarily being Sephardic.

Furthermore, in today’s globalized world, are Jewish families really 100 percent Sephardic or Ashkenazi? Or 100 percent of anything, for that matter? No way. I identify as Sephardic through my mother’s side, but I have an Ashkenazi father. Is that a shande? Hardly — it is a genuine reflection of the global Jewish reality, both past and present. It is totally plausible that Rebeca could be a Latina Jewish princess with a bubbe who loves to eat both bimuelos and gelt. In a nutshell, this mixing of traditions is the Latino Jewish experience.

Could Disney have gone further and embraced a less “Ashkenormative” representation of Judaism? Absolutely. Could they have actually made Rebeca a full-on Sephardic Jewish character by having her grandmother be called nona, or introduced some Ladino words in a song? Definitely. But, OMG, let’s just acknowledge the fact that there is an episode entirely devoted to Hanukkah on a Disney program. And it wasn’t in competition with Christmas. I can’t help but think this is a huge step forward – for Jews and non-Jews alike.

At the end of the day, however, does my opinion — and that of most adults – matter? The debate about this episode ignores who the intended target audience is. I’ve read a lot of articles about how Jewish adults feel about this episode, but what about the kids?

In a very scientific study, I watched the Hanukkah episode with my two daughters. For my younger child, she had the typical 4-year-old’s reaction to watching a 20-minute cartoon, riding the ups and downs along with the characters’ triumphs and travails. Did it matter to her that Princess Rebeca happened to be Jewish? Not so much.

On the other hand, when pressed, my 6-year-old  — who I swear is going on 16 — said that it felt strange that Hanukkah was being singled out on a TV show. My heart twisted a bit hearing that. The fact that it was so odd for her to see something Jewish on television made her feel “embarrassed.” Her word. She didn’t want all her mostly non-Jewish friends talking about her celebrating Hanukkah. 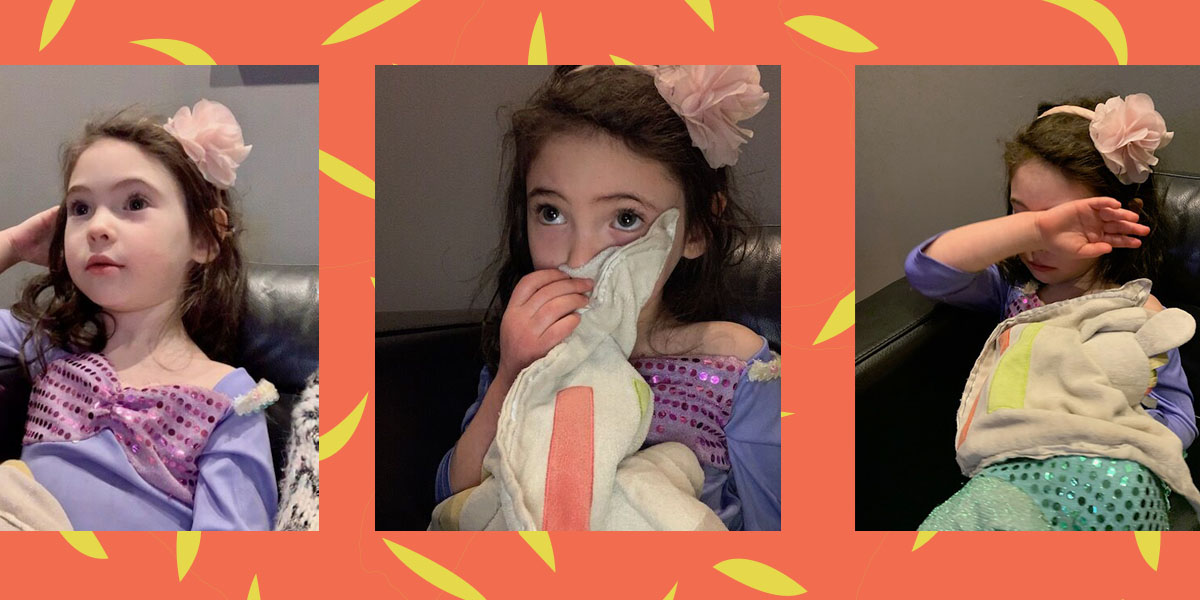 Truly, her reaction should make us rethink some of the criticisms directed at the program. She was embarrassed because it was so out of the ordinary to see a kid’s Jewishness played out on TV. That should be proof enough that we need more of it. Good for Disney for taking the initiative and seeing the need to share even a slice of Jewish culture on one of its popular programs.

So let’s not be too concerned whether “Elena of Avalor” got all their ethnic or religious depictions in order (although that’s still up for debate). Rather, let’s recognize the need for kids’ programming to be both the mirror and the window to Jewish life. Let our kids see themselves normalized in mainstream television, and let others get the chance to see what makes Judaism so wonderful.

Even with the sugarcoated treatment, the “Festival of Lights” episode was infused with real meaning. Elena could see that Princess Rebeca really loves Hanukkah, and all that it represented for her family. I want that to be the takeaway for my kids and their friends, and not whether or not a Latino Jew can have a bubbe (which, as we’ve already established, she can).

Are there more steps to take when it comes to expressing the full spectrum of Jewish diversity and customs on television?  Absolutely. But let’s keep in mind one of the central lessons from the “Festival of Lights” episode: It’s important to make the most of what we have.

This Hanukkah special with a Jewish princess has been a great opportunity for Disney and for all its viewers, so let’s make the most of it.