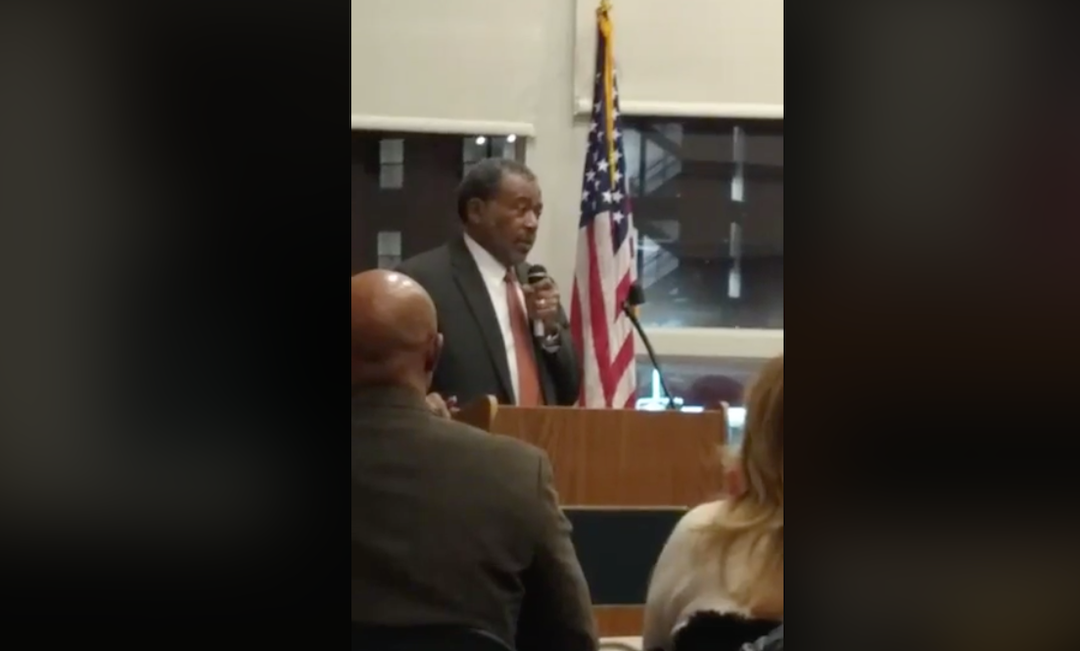 NEW YORK (JTA) — A local NAACP official in New Jersey has been suspended from his position for six months after giving a speech castigating Orthodox Jews in Jersey City and the largely Jewish city of Lakewood.

James Harris, the chair of the education committee for the Montclair, New Jersey branch of the civil rights organization, has apologized for his remarks.

Harris gave a speech at a Dec. 30 community meeting on gentrification in which he called Hasidic Jews unfriendly and blamed Hasidic Jewish developers for pressuring longtime residents of African-American neighborhoods to sell their homes, which he said has happened in Brooklyn and Lakewood as well.

Haris said that African-Americans in Jersey City and in Montclair live in “fear of being replaced by these strangers who really aren’t friendly.”

“How many people are familiar with the Hasidics?” he said. “The Hasidics are generally not too friendly to anybody other than themselves. So, some stress started to develop because people remember Brooklyn and Lakewood. Are we going to be displaced by these people who are not all that friendly?”

Later, he pushed back at the notion that criticizing Israel or Jewish people is necessarily anti-Semitic. He had not mentioned Israel previously in his speech.

“I found out that people are very, very quick to label anything that’s critical of Israel or the Jewish as anti-Semitic,” he said. “Excuse me, if the facts are facts it doesn’t necessarily make it anti-Semitic.”

He also urged people in the audience to “to go on their cell phone and look up the word ‘semitic.’ What is a semite? Look it up in the dictionary. You’d be surprised.”

Harris, who also serves as president of the New Jersey Association of Black Educators, claimed that the Lakewood Jewish community “controls” the local Board of Education as well as the City Council, and said that the school board drained funding from the local public schools. He said that the board apportioned $15 million for busing to Jewish private schools.

“The Jewish community controls the Board of Education and the City Council but they spend huge amounts of money sending kids to the yeshiva, and they gutted the budget for the black and Latino students who are left in the public schools,” he said.

On Tuesday, the president of the Montclair NAACP, Al Pelham, announced that Harris was suspended for six months. In his statement, Pelham noted that the group’s mission is to secure equal rights and well-being for all people.

“Some of Mr. Harris’s overall comments and tone that evening were in clear contradiction of the NAACP’s mission and thus the Montclair Branch condemns them,” Pelham said, according to the publication Montclair Local. “There is much work to be done regarding the many issues facing the Montclair Public Schools and the branch does not want this unfortunate issue to be a distraction.”

Harris apologized for the remarks, and expressed his condolences for the victims of the shooting at a Jersey City kosher supermarket, which had taken place about three weeks before his speech. He said his remarks did not represent the NAACP or the New Jersey Association of Black Educators.

“I would like to express my sincere regret and apologize for the remarks I made about the Hasidic community and the development of Montclair, NJ,” he said in a statement, according to Montclair Local. “My personal statement was meant to focus on the impact of gentrification on lower socioeconomic communities in Montclair, NJ. Instead, I used a regional example of Lakewood, NJ real estate and public education funding. Unfortunately I used terms and examples that have been interpreted as anti-Semitic.”

Over the weekend, Montclair Mayor Robert Jackson condemned anti-Semitism and racism, and announced that he would convene a meeting of African-American clergy and rabbis to address “the incendiary cloud hanging over our community at the moment.”

“Heinous incidents nationwide, and in Jersey City and Monsey in particular, shocked and sickened all of us,” he said in a statement on Jan. 4. “However, recent developments have made it abundantly clear that there is much work to be done, even in our beloved Montclair. Hate, bigotry, racism, anti-Semitism, and intolerance have no place anywhere and particularly in our community and as a community we will work tirelessly to ensure that they are addressed head-on and rooted out.”