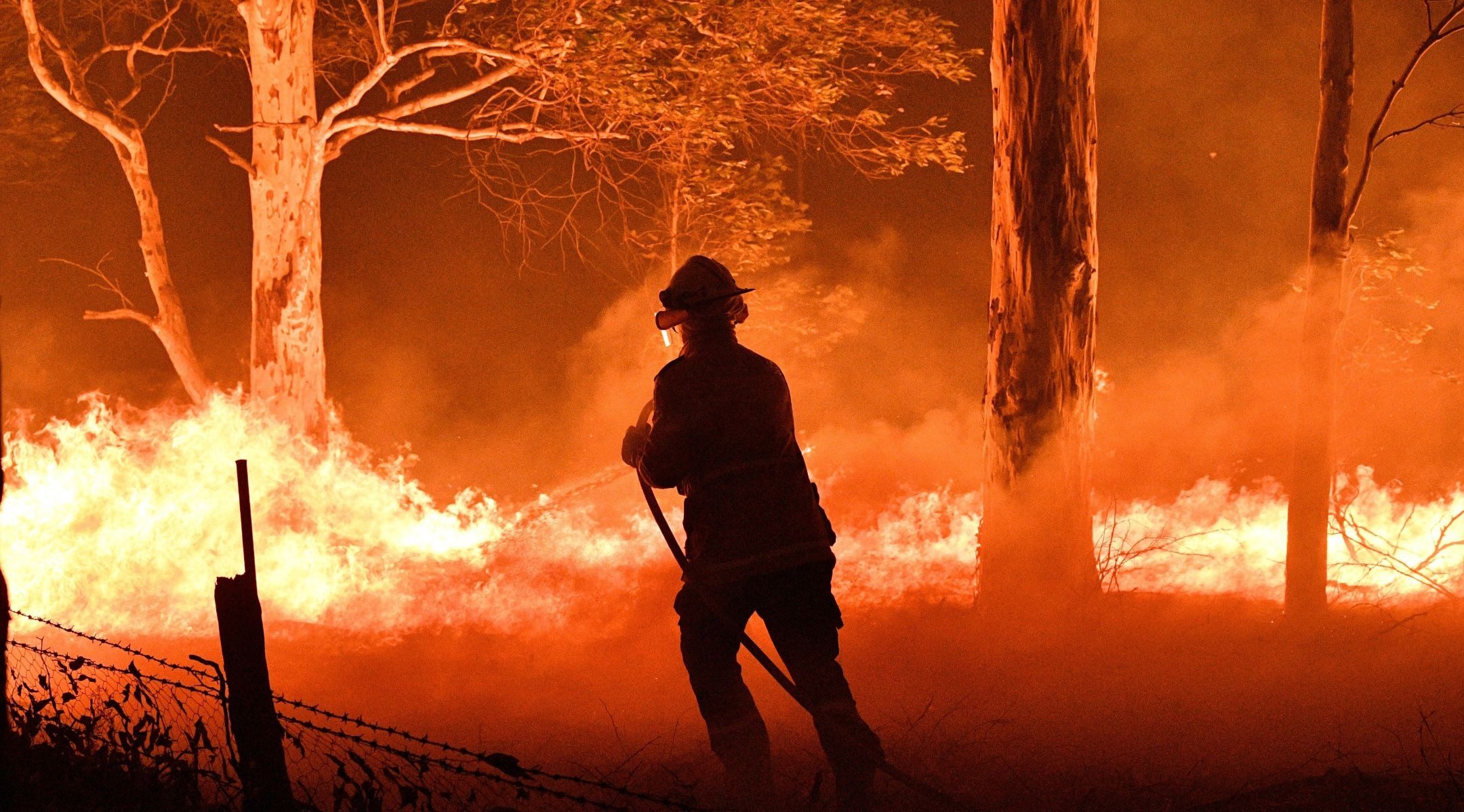 A firefighter in Australia hoses down trees to protect nearby homes from bush fires near the town of Nowra in the state of New South Wales on Dec. 31, 2019 as the fires led to the evcacuation of popular tourist areas in the state. (Saeed Kahn/AFP via Getty Images)
Advertisement

SYDNEY (JTA) — A kosher and halal kitchen established to prepare food for the needy is at the forefront of providing meals to firefighters battling bush fires in Australia.

The Jewish chef supervising the Jewish community initiative known as Our Big Kitchen in Sydney, David Eley, was three years old when his father, Greg, a volunteer firefighter, lost his life battling similar bush fires in 1968.

The kitchen has been hosting upward of 200 volunteers per day in two shifts as Australia battles the worst bush fires in its history. The fires have destroyed nearly 2,000 homes, killed at least 24 people killed and killed or displaced almost a half-billion animals.

In the state of Victoria, volunteers from Melbourne have joined the Jewish organizations Aliya Youth Space, Chaverim, and Chabad of RARA (rural and regional Australia) to deliver meals to evacuation centers. With donations of the local Melbourne Jewish community, the volunteers prepared and delivered food packages to evacuation shelters where those who lost their homes and belongings are being housed temporarily.

Chabad of RARA reported that a fundraising drive has already collected and distributed $10,000 to individuals who lost their homes and businesses or needed help evacuating. Others who received funds required urgent medications and supplies.

Volunteers called to check on hundreds of people known to Chabad RARA who live in fire-affected areas.

Chabad Rabbi Dovid Slavin and his wife, Laya, founded Our Big Kitchen in 2005.  On Tuesday, they paid tribute to Eley before a packed house that included Australian lawmaker David Sharma and his family, Waverley Mayor Paula Masselos and Vice President of the New South Wales Liberal Party Mary-Lou Jarvis.

“This needs to be our response – to continue to help all in need,” the rabbi said.