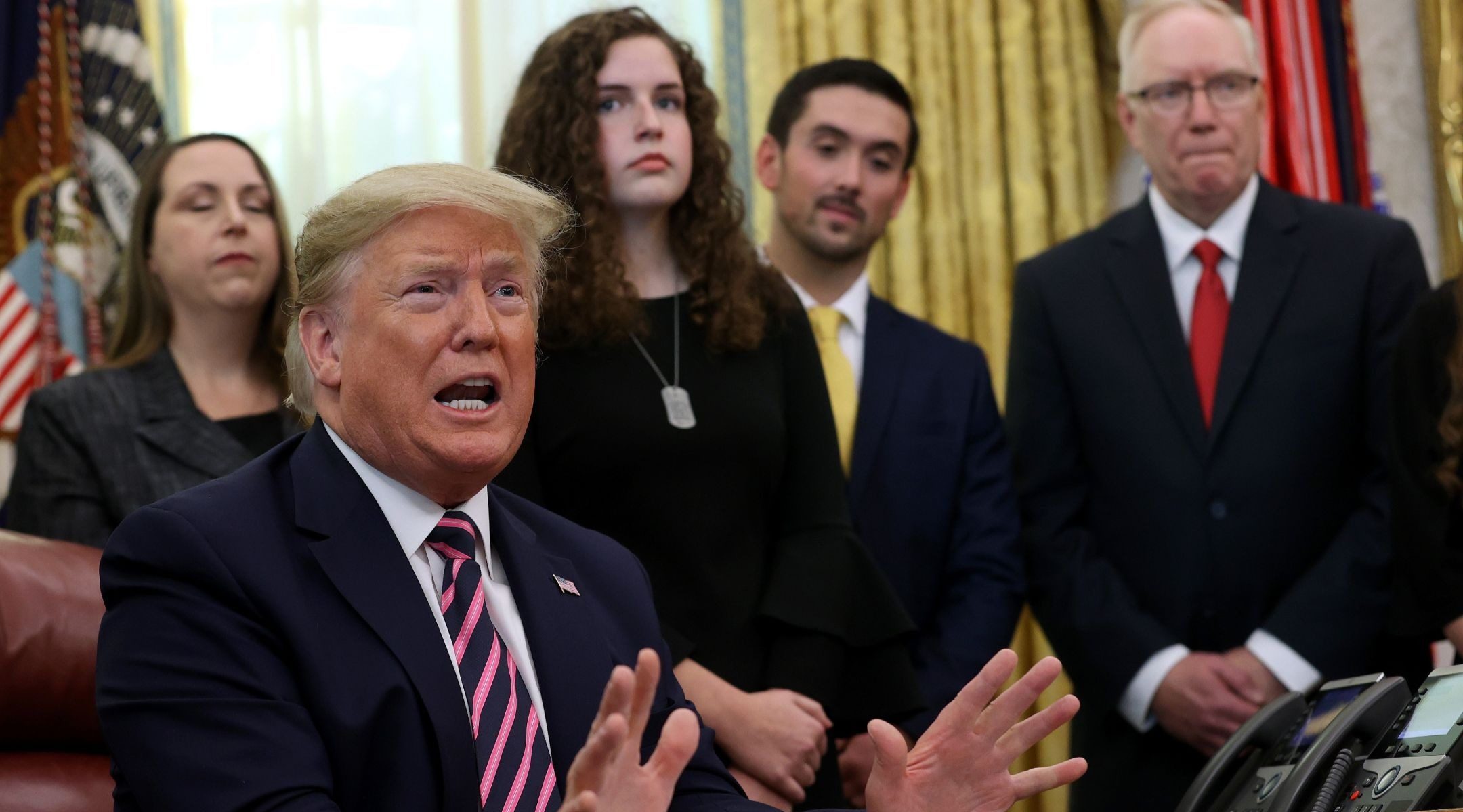 (JTA) — A Jewish high school student told President Donald Trump that her fellow students drew swastikas on her arms and pushed her around in her school’s hallways due to her religion.

Ariana Hoblin, a junior at Wellington High School in south Florida, spoke about the incidents at the White House on Thursday, during a signing ceremony in the Oval Office.

“(I)n my middle school, I was the only Jewish person and I was very open with my religion,” she told Trump. “And when we started our Holocaust unit, it ended with everybody being nice to me because I spoke out about it.  And I wanted to inform people and I wanted to help people learn.  And (then) the students started to write swastikas on my belongings, on my arms.  I was pushed and shoved in the hallway.”

It was not clear what the abuse Hoblin described had to do with school prayer. Muslim and Christian students at the event described how their attempts at prayer had been frustrated by school policies.

Hoblin also said that her fellow students “went so far as to take my face and put it on Anne Frank’s body.  And it was sent around to three different schools.  And I was terrified to say I was Jewish.  And that should never be in anyone’s mind.”

She told Trump that her high school has been very supportive of her and have helped her to “be a leader in the Jewish community.” She also thanked Trump “for everything you’ve done, and for Israel and for everything that you’ve truly done for all of us.”

“Today’s proposals seek to give license to discriminate and do harm against the many vulnerable people who rely on government-funded services,” the Anti-Defamation League said. “We oppose these changes in the strongest of terms.”