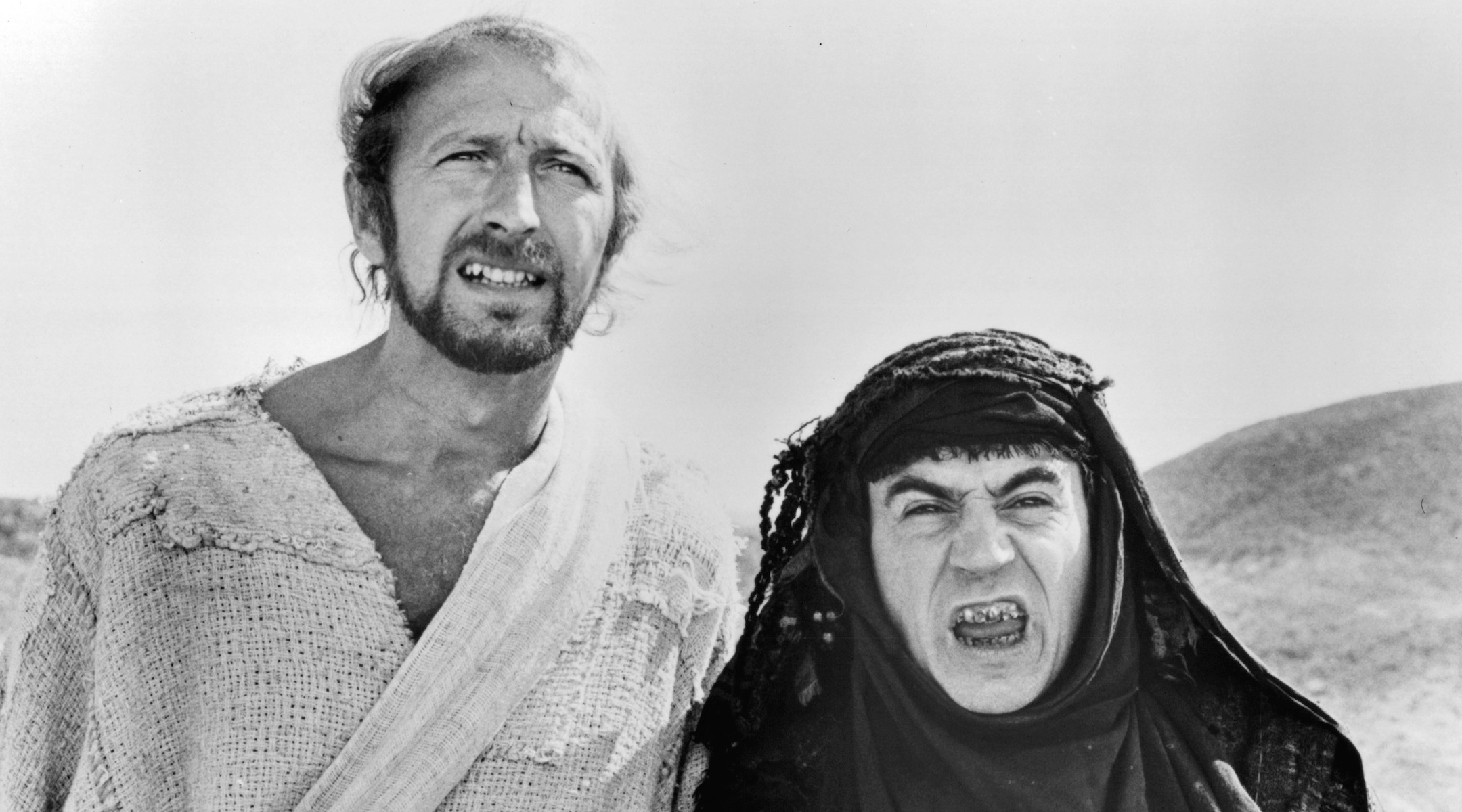 Graham Chapman, left, and Terry Jones in a scene from Monty Python's "Life Of Brian," which debuted in 1979. (Warner Brothers/Getty Images)
Advertisement

(JTA) — Terry Jones, one of the core members of the Monty Python comedy troupe, died Tuesday night at 77. He had been suffering from dementia.

In addition to starring in numerous Python productions, the beloved comedian directed some of the group’s biggest films, including “Monty Python and the Holy Grail,” “The Meaning of Life” and “Life of Brian.”

The last of those tells the story of a Jewish man named Brian Cohen, who is born on the same day as and subsequently mistaken for Jesus Christ. At the time of its release in 1979, the film angered Christian groups around the world for making light of the Jesus story, but it was a huge box office success. “Life of Brian” has since been recognized as one of the funniest movies of all time.

Part of the film involves a group of Jewish revolutionaries who plot a revolt against their Roman rulers. In 2007, Jones told the U.K. Telegraph about a scene that he cut from the script that likely would have angered Jews:

One scene deleted from the film was the “Otto” scene, which features a radical, first-century Jewish revolutionary who has the same dreams as the young Adolf Hitler. Otto sports a toothbrush moustache [sic], and, in case we still haven’t got the message, his disciples all wear a symbol that combines the Star of David with a swastika. These are “Nazi Jews.”

Jones insists he didn’t make the cut to avoid giving offence [sic]. “It was a very funny scene,” he says, “but it wasn’t relevant; it wasn’t part of the story. When I took it out, the film just flowed so much better.” He regretted having to cut the scene at the time and regrets it even more so now. “I think what it addressed is extremely relevant today,” he says, “with what’s going on in Israel. Eric [Idle, who wrote the scene] put his finger on something; it was quite prophetic.”

The potential character divided the cast. According to the book “Jesus and Brian: Exploring the Historical Jesus and his Times via Monty Python’s Life of Brian,” Terry Gilliam once said to his Python mates, “Listen, we’ve alienated the Christians, let’s get the Jews now.” But Michael Palin had reservations about it, and Idle himself said in “The Pythons: Autobiography” that he was uncomfortable about the character as well, calling it a “pretty savage attack on rabid Zionism.”

In the end, Otto didn’t make the final cut, so we should all just look on the bright side of life.