On the streets of Ramallah, Palestinians shrug at Trump’s peace plan 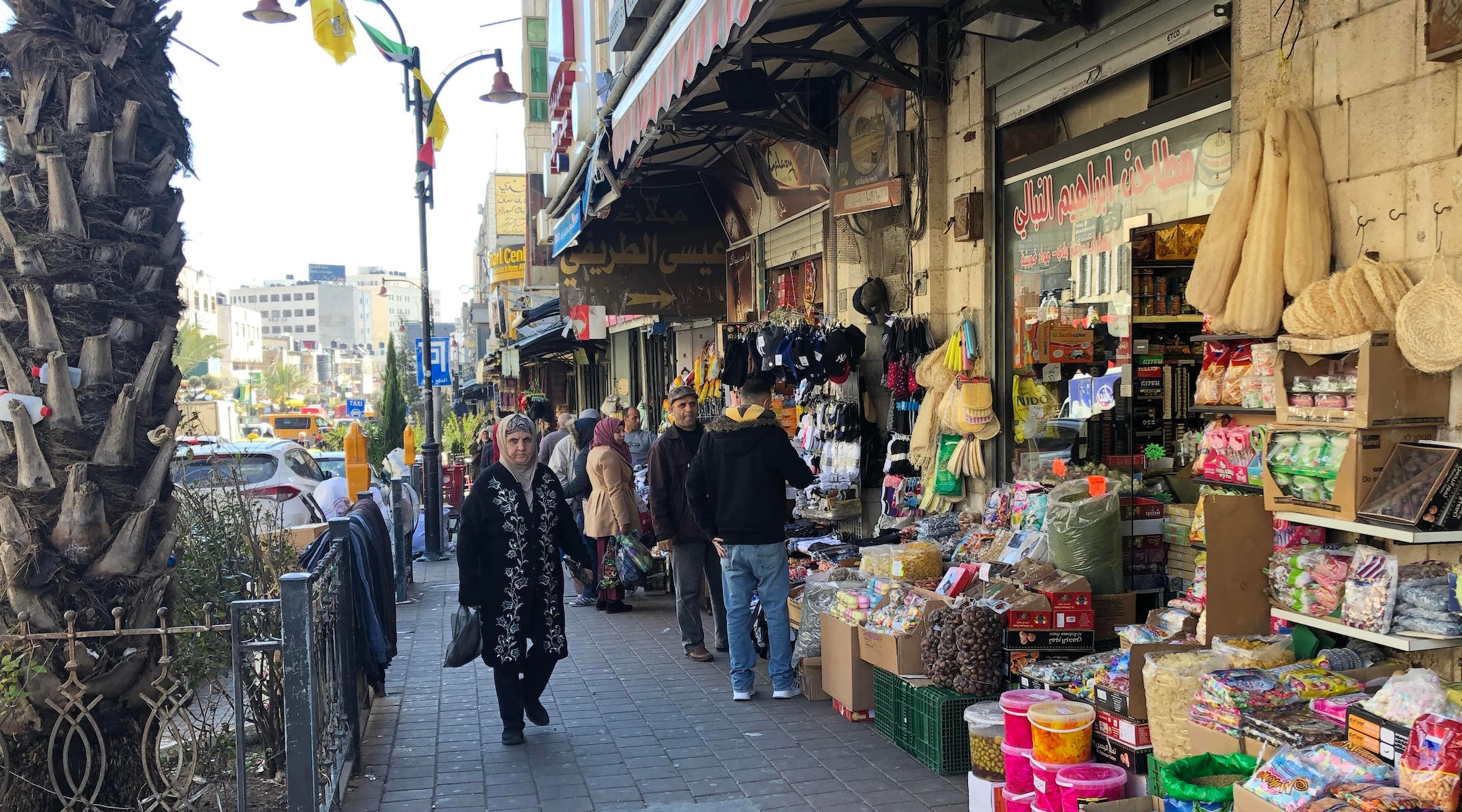 Trump’s plan is designed to “give the rich Jews what they want,” Maher asserts as shoppers navigate around him on the busy sidewalk.

Like others quoted here, Maher does not give his last name due to concerns about discussing these issues in the press.

Hussein, a clean-shaven middle-aged man in a gray suit standing just outside a local bakery, has a different theory.

Rather than displaying an openness to engage with the peace plan, or a deep rage against it, which Palestinian leaders have encouraged, the prevailing sense among the people here who would be materially affected is one of resignation. 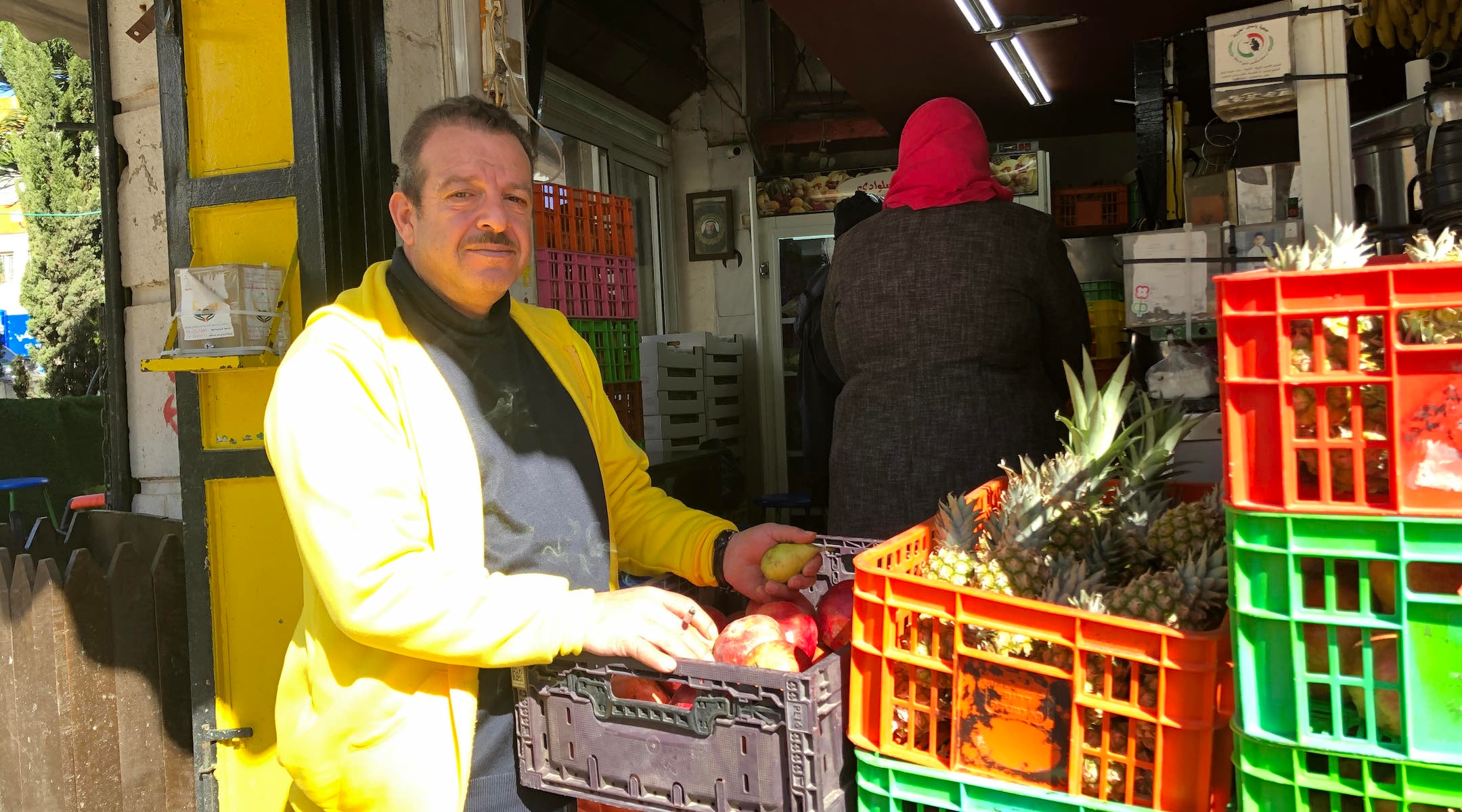 The plan, which was released Tuesday, is titled “Peace to Prosperity: A Vision to Improve the Lives of the Palestinian and Israeli People.” It calls for a demilitarized Palestinian state for which “Israel will maintain overriding security responsibility.” That state also would contain 15 Israeli settlement enclaves that would be “subject to Israeli civilian administration.”

Under the plan, the area under Palestinian control (which would not include the Jordan Valley) is described as contiguous, but in reality would be a territorial patchwork connected by a network of newly constructed bridges, roads and tunnels.

While several Arab states over the past several days have urged the Palestinians to come to the table and negotiate with the Israelis, Ramallah thus far has resolutely declined to countenance the new plan. Palestinian Authority President Mahmoud Abbas has consulted with his bitter rivals in Hamas, which rules the Gaza Strip, over how to respond and has vowed “a thousand no’s to the Deal of The Century.”

Abbas, who called for a day of rage to protest the new diplomatic initiative, also has threatened — as he has several times previously — to dissolve the Palestinian Authority, throwing full responsibility for the West Bank back to Israel.

Despite the Palestinian leader’s rhetoric, however, Wednesday saw relatively little rioting and clashes between Palestinians and Israeli security personnel in the West Bank (it did lead to 33 arrests). A handful of rockets were fired from Gaza into southern Israel on Thursday, the Israeli Defense Forces confirmed. 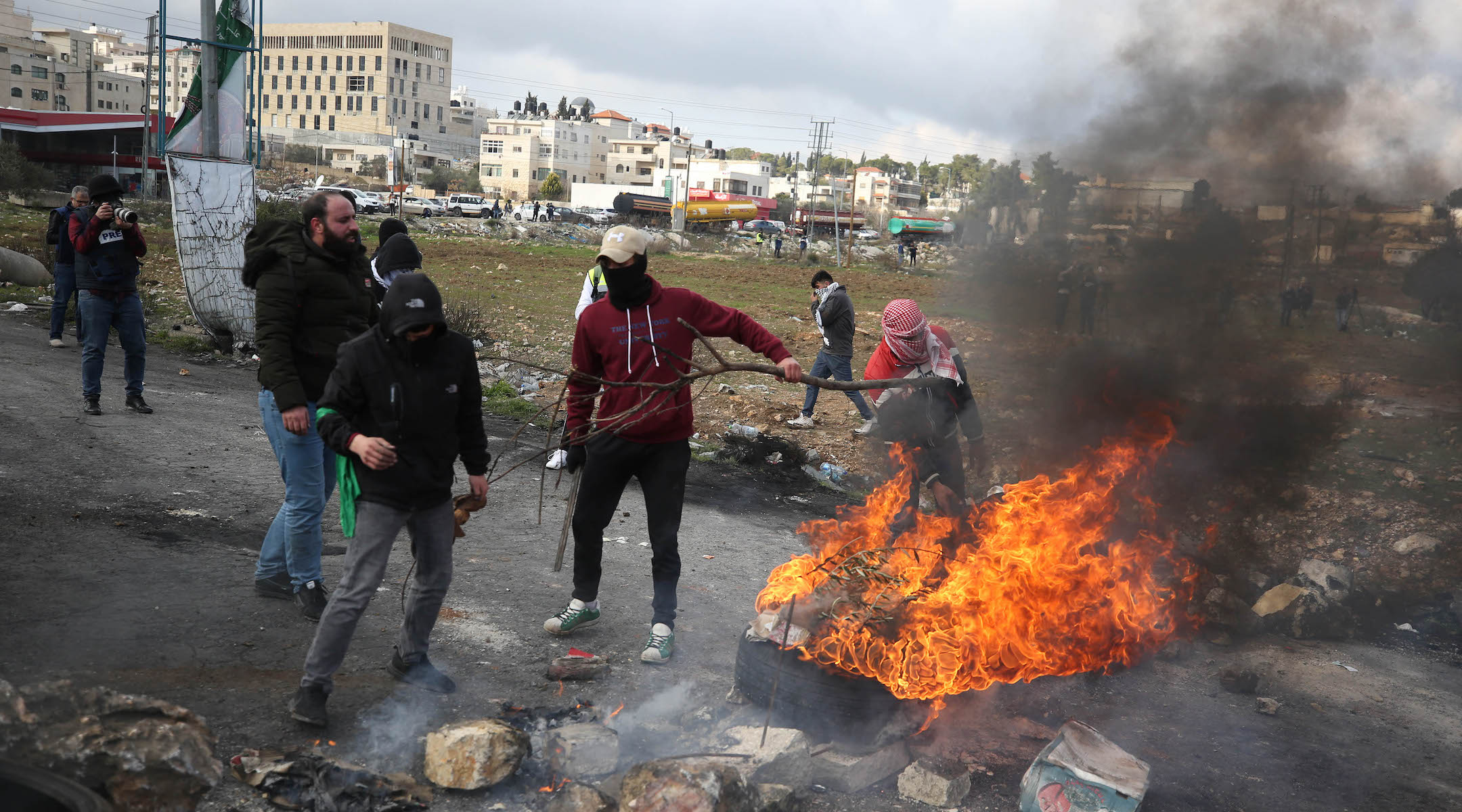 Palestinian protesters clash with Israeli security forces at the entrance of the West Bank city of Ramallah, Jan. 30, 2020. (Flash90)

While the peace plan is deeply unpopular among Palestinians in the West Bank, Ramallah’s residents appeared unimpressed by the political storm surrounding them as they went about their business in the Palestinian capital’s bustling shopping district.

Many of them express sentiments similar to Maher’s.

“We had hoped they would give us something more than this,” Hussein says. “It’s not fair. This doesn’t give us a good peace.”

“To be honest, ask any Palestinian, nobody can be with Trump,” he says. “We own all the land.”

Many here believe that the plan is intended less to create a pathway to a negotiated solution than to provide Israel with the diplomatic cover necessary to unilaterally annex its contested West Bank settlements. 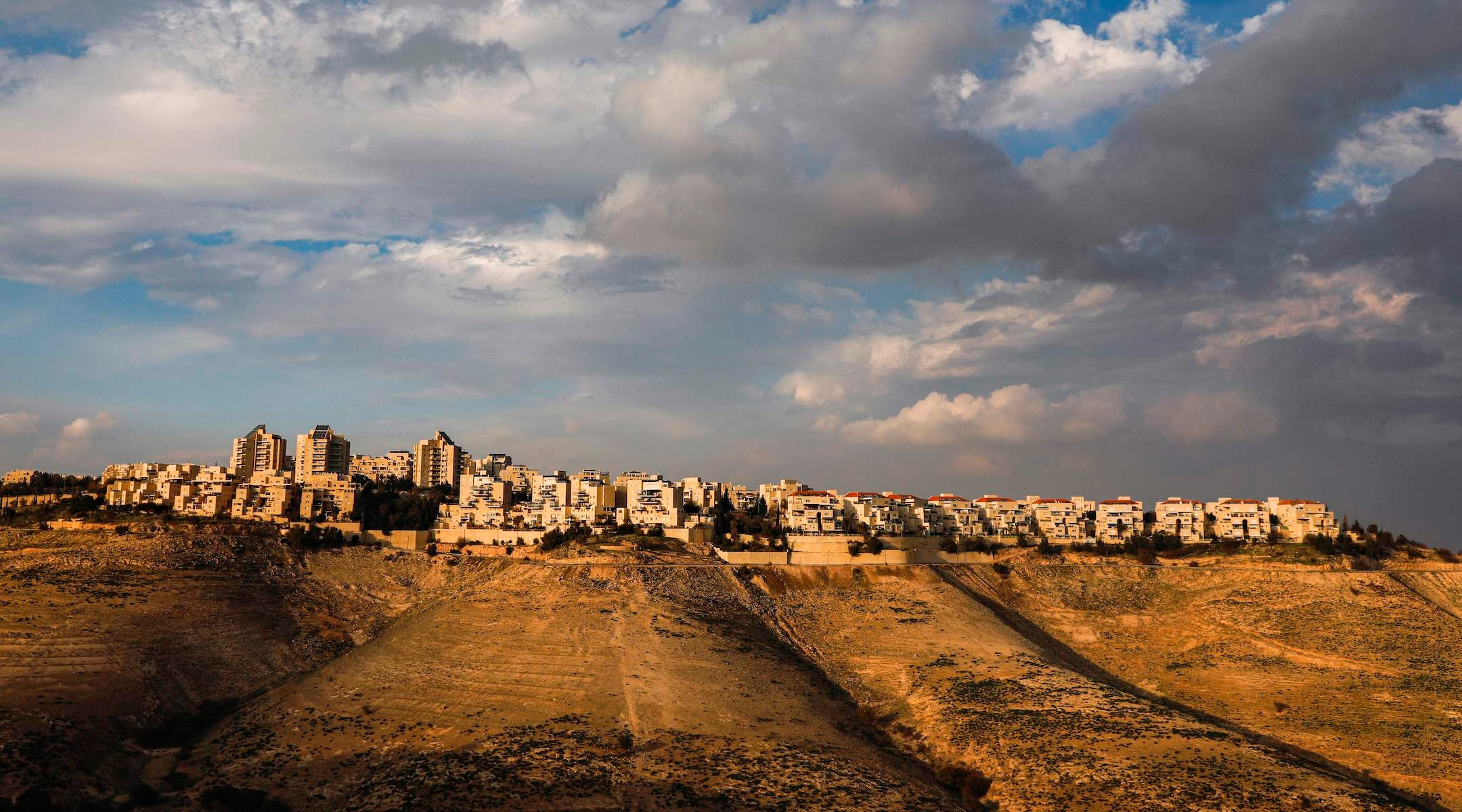 After the Trump plan was announced, U.S. Ambassador to Israel David Friedman said that he believed Israel could now “annex settlements at any time.” In response, Israel announced that its Cabinet would vote soon on extending Israeli law over the Jordan Valley and all West Bank settlements, prompting the U.S. administration to clarify that Jerusalem would first need to present detailed maps to a joint U.S.-Israel committee before the United States would approve such a move.

That time frame is uncertain, and the plan’s architect, presidential adviser and son-in-law Jared Kushner, said Thursday that the U.S. would like to see it delayed until after Israel’s election in March.

Asked if he believed that the Israeli government would begin applying sovereignty to land in the West Bank, Wael replies that they “took land before Trump” and that what Trump was “saying is actually what is happening now.”

“He’s making as if it’s new. It’s terrible but so what? We’re already screwed. I know all the land is for us … We will take it by force, Inshallah,” he says, using an Arabic word invoking divine assistance. 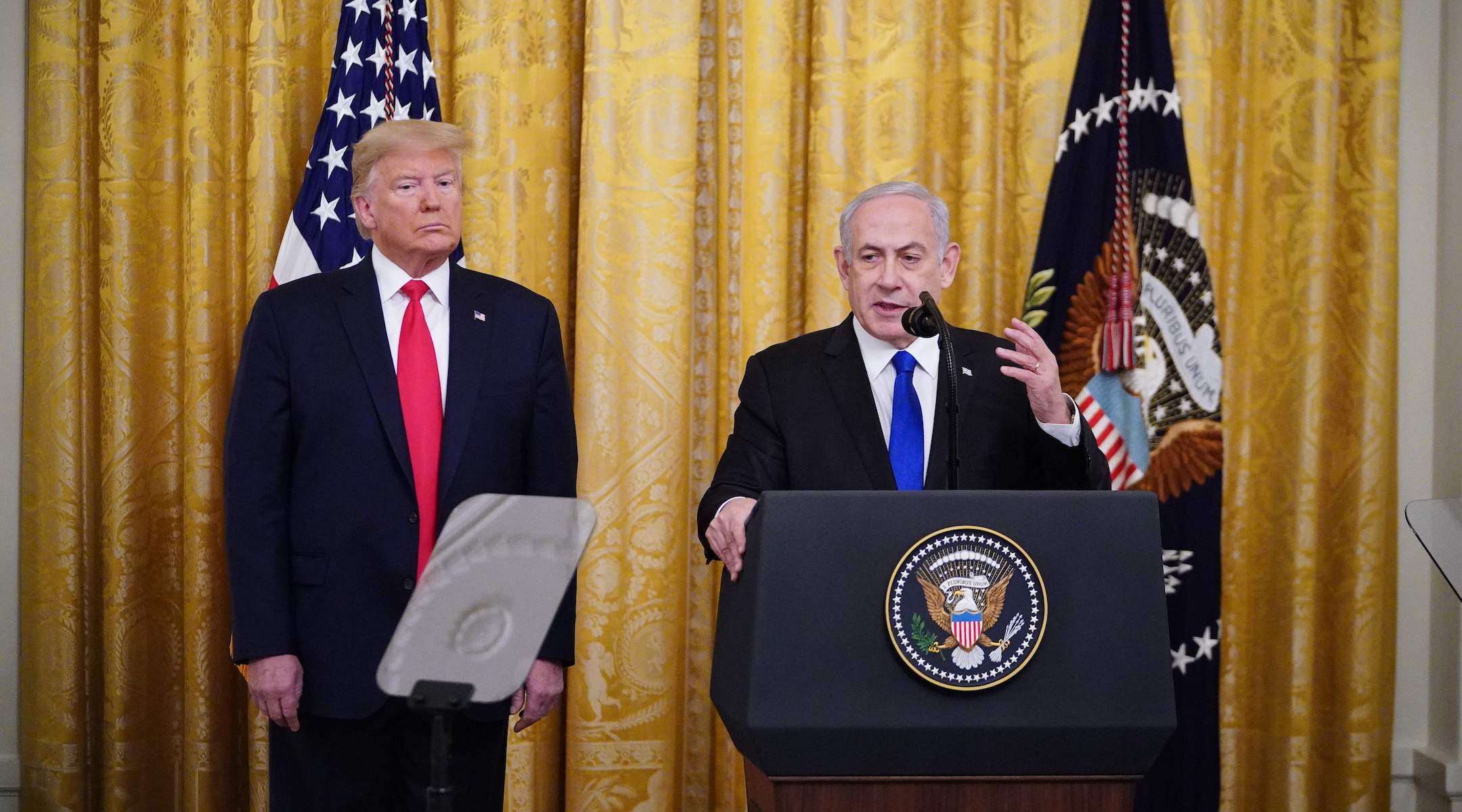 Israelis are concerned about what may happen on Friday when the mosques let out after Friday morning prayers. They have announced that they are boosting security at the Temple Mount, where on Wednesday night, two men were arrested for planning a stabbing attack against police officers guarding the holy site.

While many seem resigned to whatever may happen, as one resident of Ramallah puts it, some Palestinians will “do whatever they can do just to stop this.”

Standing behind the counter of a local jewelry store, Jonny, a Palestinian American originally from Brooklyn, says the Trump administration wants to “change everything,” and that while the Palestinians will “obviously” refuse to cooperate, he is unsure what could or would be done.

Jonny says that while there has been some rioting, things have largely calmed down and he is “happy to see no one get hurt,” whether Israeli or Palestinian.