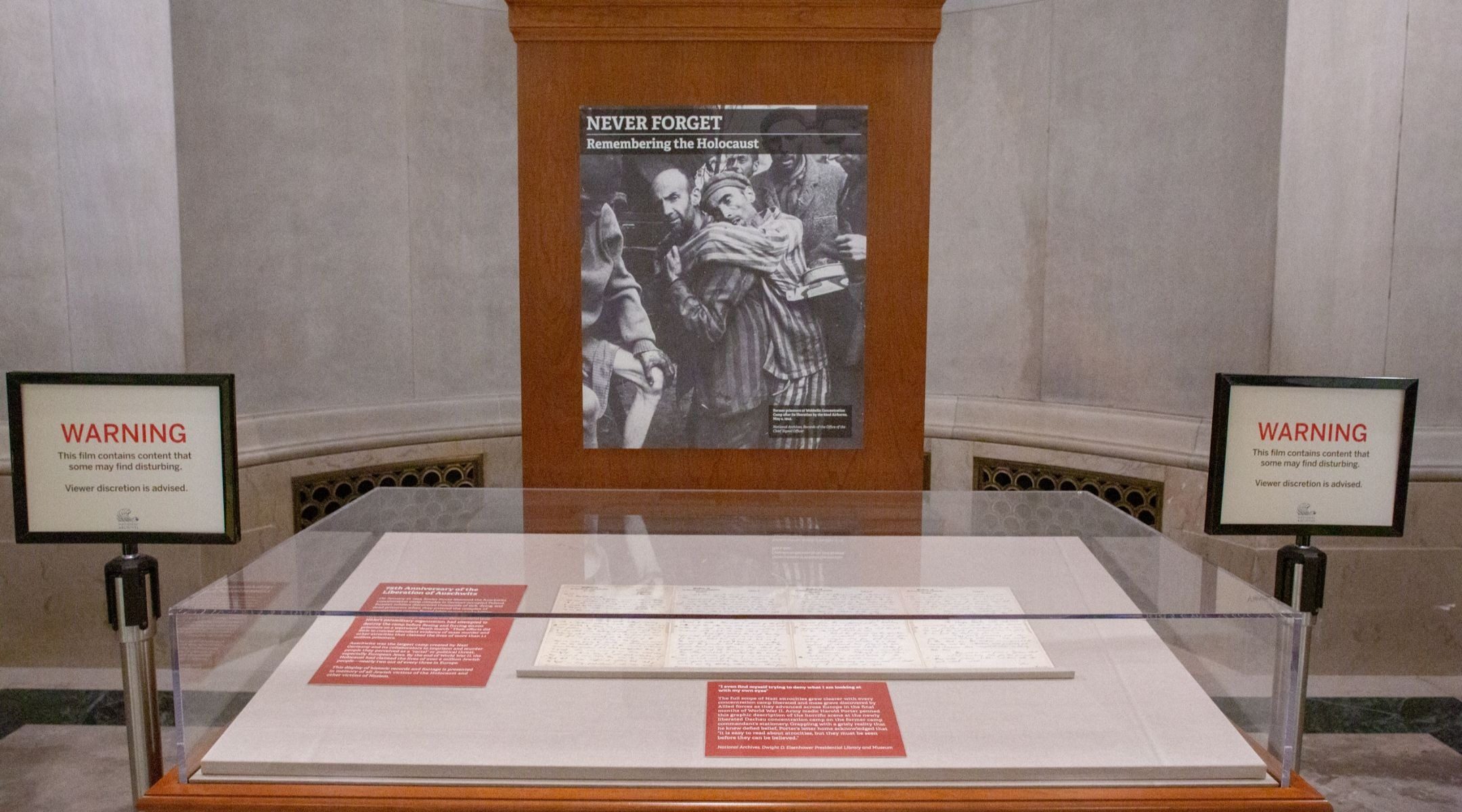 What the small exhibit marking the 75th anniversary of the liberation of Auschwitz lacked was any mention of Ford’s role in building the Nazi machine.

American Ford retained majority control of its German subsidiary until May of 1942 — three years into the war, nine years after Nazis rose to power, and five months after the United States entered the war — by which time it had built a third of the German army’s trucks. The subsidiary used slave labor.

Reckoning with its role in the Holocaust, Ford in 2001 added $2 million to a $5 billion fund meant to compensate victims of slave labor. It also set aside $4 million for research on human rights and slave labor.

The National Archives exhibit contains documents outlining some of that history, but none was shown in the exhibit, which closed Wednesday. That omission raised eyebrows of the former U.S. Treasury official who negotiated the fund.

“It is a good thing [Ford is] contributing” to the exhibit, the former official, Stuart Eizenstat, told the Jewish Telegraphic Agency in an email. “But it should make full disclosure about their wartime role, not just Henry Ford’s well-known anti-Semitism.”

One of the labels on the small exhibit in the Eastern Rotunda in the National Archives building, a short walk from the National Mall, explained its purpose.

“This display of historic records and footage is presented in memory of all Jewish victims of the Holocaust and other victims of Nazism,” the label said. 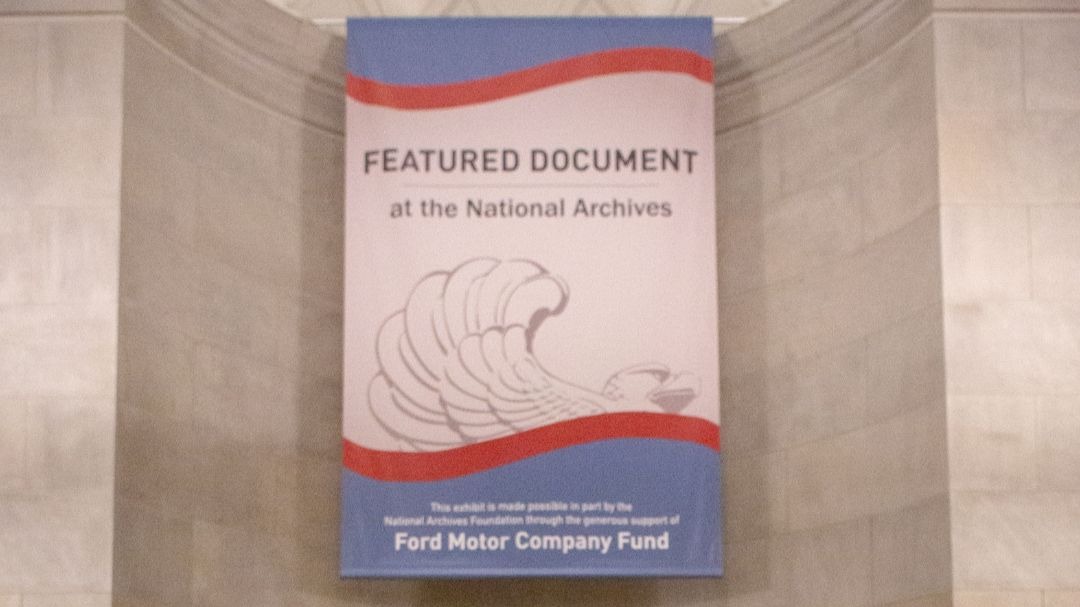 An exhibit on the liberation of Auschwitz at the National Archives features a banner noting that it sponsored by the Ford Motor Company in a photo taken Feb. 5, 2020. (National Archives photo by Susana Raab.)

The exhibit’s omission comes shortly after the venerable institution came under fire for altering a photo of the 2017 Women’s March to obscure language that attacked President Donald Trump and words that refer to women’s anatomy. The Archives apologized and pulled that exhibit.

The National Archives did not return at least six JTA requests for comment on the Ford exhibit. The Ford Fund referred questions on the exhibit to the Archives but issued a statement of its own.

“Ford Motor Company condemns anti-Semitism and every form of discrimination,” the statement said. “Ford Motor Company Fund, the company’s philanthropic arm, has supported the National Archives Foundation and other historical groups for many years to foster awareness and understanding of our past. We remain committed to the advancement of understanding and goodwill among all races, religions and cultures.”

Documents — some of them in possession of the National Archives — show that Ford Motor Company encouraged French Ford to collaborate with Nazis after the Nazi occupation of France. A 1943 U.S. Treasury Department investigation into the ties between Ford in Dearborn, Michigan, and its subsidiaries in Nazi-occupied Europe concluded, “the increased activity of the French Ford subsidiaries on behalf of the Germans received the commendation of the Ford Family in America.”

Ford’s German subsidiary used slave labor while Dearborn was still a majority owner. In a lengthy examination of Ford’s role in upholding the Third Reich in The Nation published in 2000, Ford said its executives at the time were unaware of the use of slave labor.

What was clear however was that German Ford lionized Adolf Hitler in its in-house publications, of which the executives in Dearborn would have been aware. One 1940 issue featured a poem, titled “Fuhrer,” elegized, “Like currents in a torrent lost, We all flow into you.” 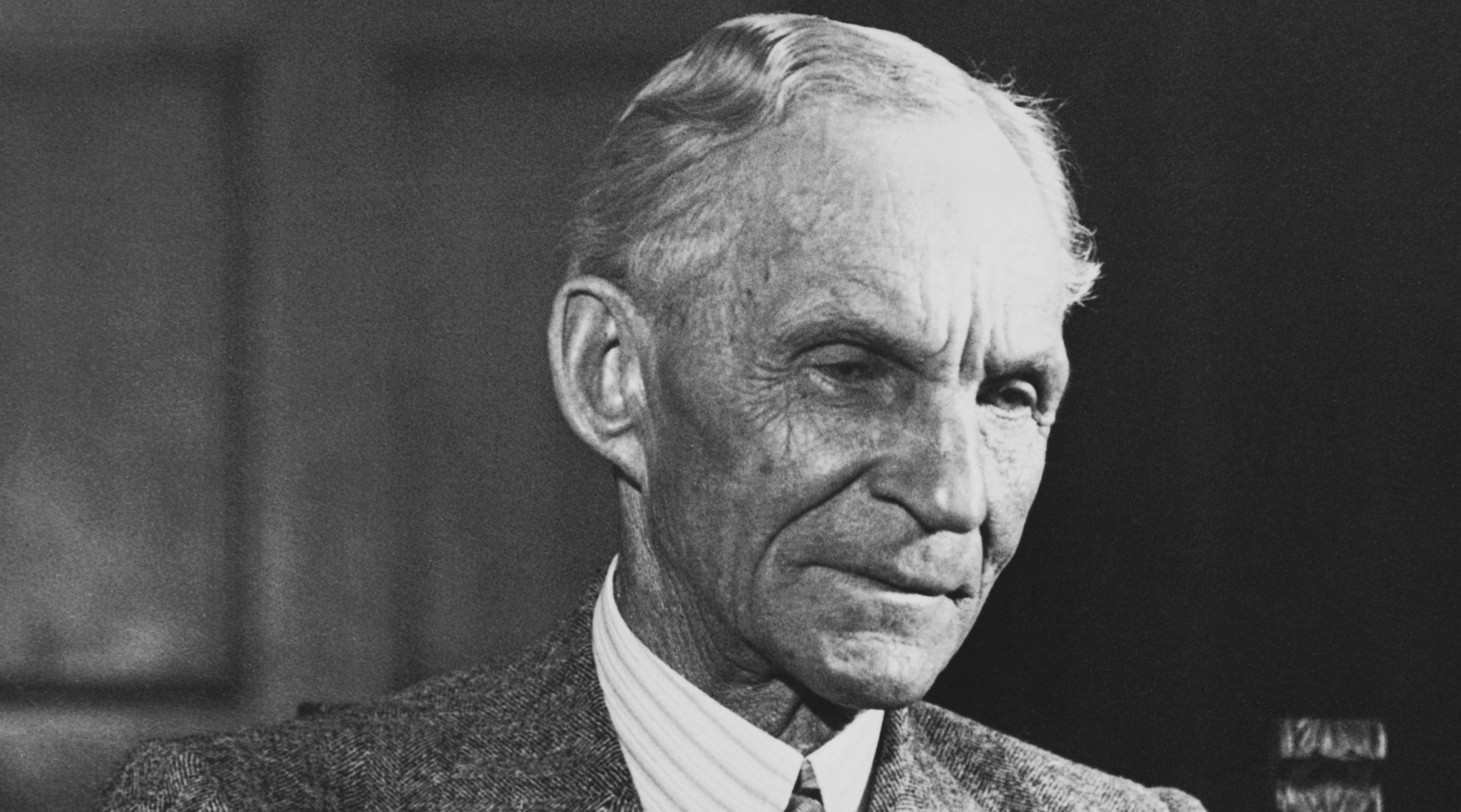 Company founder Henry Ford, moreover, was a notorious and influential anti-Semite, using his newspaper, The Dearborn Independent, to spread calumnies drawn from “The Protocols of the Elders of Zion” from 1920 to 1922.

U.S. intelligence in May 1944 determined that the Ford plant in Cologne had been “considerably enlarged” to manufacture military vehicles. The Nazis compensated Ford’s German operation when Allied bombers hit its plants.

In 1965, The Nation reported, Ford asked the U.S. Foreign Claims Settlement Commission for further compensation for the destruction of plants run by its Nazi-loyal subsidiary. It received $1.1 million.

The exhibit at the National Archives occupied a small hall adjacent to the rotunda containing the Charters of Freedom, which include the Constitution, the Bill of Rights and the Declaration of Independence.

It had two sides: The side facing out featured a photo of liberated inmates at Auschwitz and a handwritten letter home from a U.S. Army medic describing the horrors he witnessed. On the other side was a small bench tucked against a cove, facing a screen tucked into a wooden column running silent archival video of the liberation.

On the outside of the column, two signs positioned on either side warned visitors, “The film contains content that some may find disturbing.”