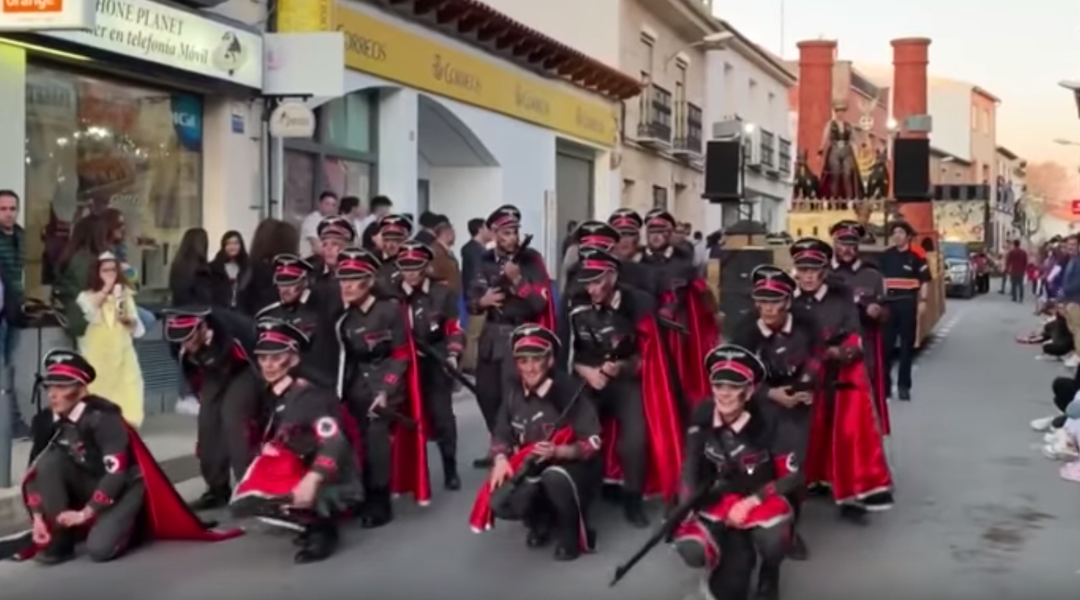 (JTA) — Answering criticism of a float that depicted Holocaust victims dancing with Nazis alongside crematoria, the Spanish town that hosted the parade said the display was allowed only because its creators had described it as a form of commemoration.

The municipality of Campo de Criptana offered the explanation in a statement Tuesday about the display, which it condemned as unacceptable. It featured men and women dressed in Nazi uniforms and other dancers wearing the outfits reminiscent of concentration camp prisoner uniforms and waving Israeli flags. They danced to disco music alongside a float that was shaped like a train with two large chimneys that evoke crematoria.

Israel’s embassy called it “vile and repugnant.” Katharina von Schnurbein, the coordinator on combating anti-Semitism, wrote on Twitter  that the display was “Holocaust trivialization” and a “disgrace.”

The El Chaparral cultural association from the nearby town of Las Mesas, which created the float, had described it to event organizers in Campo de Criptana when they registered for the procession as “an homage to the millions of of people who unjustly died through extermination” during World War II,” the municipality wrote in its statement.

Spain was widely perceived as a silent ally of Nazi Germany.

The statement said that after viewing the float and routine, the municipality “shares the criticisms leveled” at the display.

“If the initial goal was to commemorate the victims, it is clearly not what was achieved,” it wrote.

A member of El Chaparral told the Jewish Telegraphic Agency by phone only that her group had no comment at this time and then hung up. She declined to state her name.

Camp de Criptana hosted the parade over the weekend in the framework of its annual processions for Carnival, a celebration of Lent, the period of 40 days that precedes Easter.