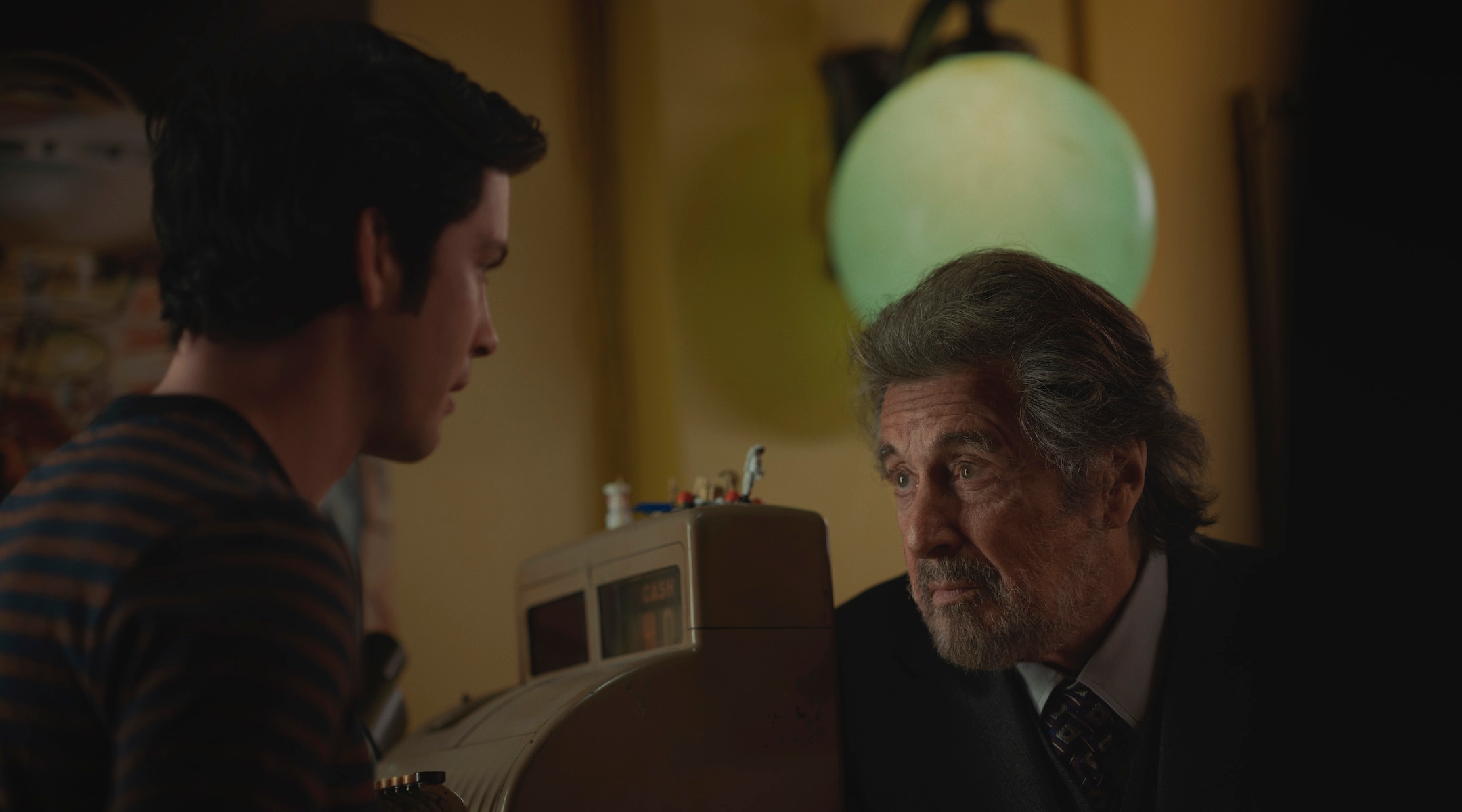 Spoiler alert: This chat reveals information about the first half of the first season of “Hunters.”

(JTA) — “Hunters” is nothing if not great fodder for armchair debate.

Amazon’s new series follows a band of comic book-esque Nazi hunters in late 1970s New York City who attempt to dismantle a network of Nazis trying to form a “Fourth Reich” in America. The group includes several Jewish characters — including a Holocaust survivor with a thick Yiddish accent played by Al Pacino.

Jewish content saturates the show, from constant Holocaust flashbacks to gefilte fish jokes, raising all sorts of questions about the representation of Jews and Jewish themes in mainstream television.

I chatted with Benjamin Resnick, a rabbi, writer and avid TV watcher (who also happens to be married to the Jewish Telegraphic Agency’s new editor in chief), about what the show is trying to achieve — and whether it gets there.

Gabe: There’s so much about this show to dissect that it’s hard to know where to start. Especially from a Jewish perspective.

Ben: Yes, much to discuss, but before we get into the nitty-gritty, let’s start with the biggest, most obvious question … What’s with the Nazis’ wallpaper?

I haven’t even noticed! Which setting are you referring to? Maybe I was distracted by all of the ridiculous one-liners.

The woman who gets gassed in the shower — Gretel, I believe — has some pretty outrageous wallpaper. The piano player in episode 2 as well. When I picture the Nazi aesthetic, that’s not what jumps to mind.

Ah yes, the recording studio. What an odd setting overall. Which could be a good segue into — is this one of the stranger shows you’ve seen recently?

I would offer a qualified yes. Qualified only by the fact that I watch more TV than the average bear and a lot my tastes run towards the weird. But, yes, everything about the show is odd — rather extravagantly odd.

I can’t help but think constantly as I watch — that combination is too strange. If he had taken the concept and gone more to one end or the other, it could have worked much better.

Yes, I think that’s a very fair point. Tonally speaking it’s pretty much all over the place. Having said that, I think I disagree with the creator’s assessment. It strikes me as MUCH closer to “Inglourious Basterds,” in both tone and substance. If they were going for “Munich,” I think they missed the mark.

For me, an even more apt comparison is Guillermo del Toro’s “The Strain,” which is a Nazi hunter/vampire mashup.

It feels to me like [creator David Weil] was genuinely trying to make something as an ode to his grandmother, who survived Auschwitz and whom he has compared to a superhero. The superhero-comic book themes are ubiquitous.

How did you feel as a Jewish person watching it?

It’s a good question, but my initial reaction, having watched the first three episodes, is that it really doesn’t feel all that Jewish to me.

It’s the little things they get “wrong.” For instance, Jonah would almost certainly have called his grandmother “bubbe” and not “safta.”

Yes, that’s a whole topic we could go on about — Hebrew vs. Yiddish in this show. Weil did call her his safta in production notes. So I can believe that’s what he called her.

It felt a little like I was watching a long minstrel show, but with Jewface rather than blackface.

Well, the characters don’t really read as all that Jewish to me — they seem to be an amalgamation of mostly uninterrogated Jewish stereotypes refracted through the lens of 1970s blaxploitation movies. Which I’m sure is “the point” — I’m just not sure to what end.

I also thought it was full-on camp. Which begs the question: Is that an appropriate way to treat Holocaust material?

Maybe we should name-check some works of art about the Holocaust that have received “critical acclaim” and unanimous approval.

It’s interesting because this isn’t the first time that the superhero and/or comic genre has been used to depict the Shoah. I’m thinking here of Michael Chabon’s “Kavalier and Klay” and, of course, Art Spiegelman’s magisterial “Maus.”

But what’s great about those — and particularly “Maus” — is that they take a beat to really interrogate what they are doing.

Do you think the message of “Hunters” is that we should kill Nazis? Because I think the show tries very hard to portray the violence as Jewish self-defense, to self-reflexively contrast with “Inglourious Basterds.”

I think that’s right, though I wonder about Jonah’s guilt — remember the scene where he asks if he can say Kaddish for one of the Nazis they just killed?

I have thoughts on the blaxspoitation/Jewsploitation angle, too. But go on.

Well, it’s an interesting mashup and it’s also been done before — I’m thinking about the “Hebrew Hammer” and, of course, “Inglourious Basterds.”

One thing that’s important to remember about blaxploitation movies is that whatever you think of them, they’ve had an enormous impact on both black culture and on American culture in general. They were also empowering in the sense that black people in this country had seldom been depicted on screen as heroic before “Shaft” came along.

But I’m not sure there is a reasonable cognate there when it comes to American Jews.

Oh absolutely, I’m not here to judge the genre. I was really going to compare Jewsploitation to it. Because I think often it fails to live up to the good side of blaxpoitation you just mentioned.

I’m pretty sure that “Hunters,” whatever its merits, is NOT going to be a seminal moment in American Jewish culture.

I think we can agree on that. Can we please get some “good” Jewsploitation? Less of the gefilte fish jokes.

Oh man, those jokes were terrible. I did laugh at “Gefilte her fish” though.