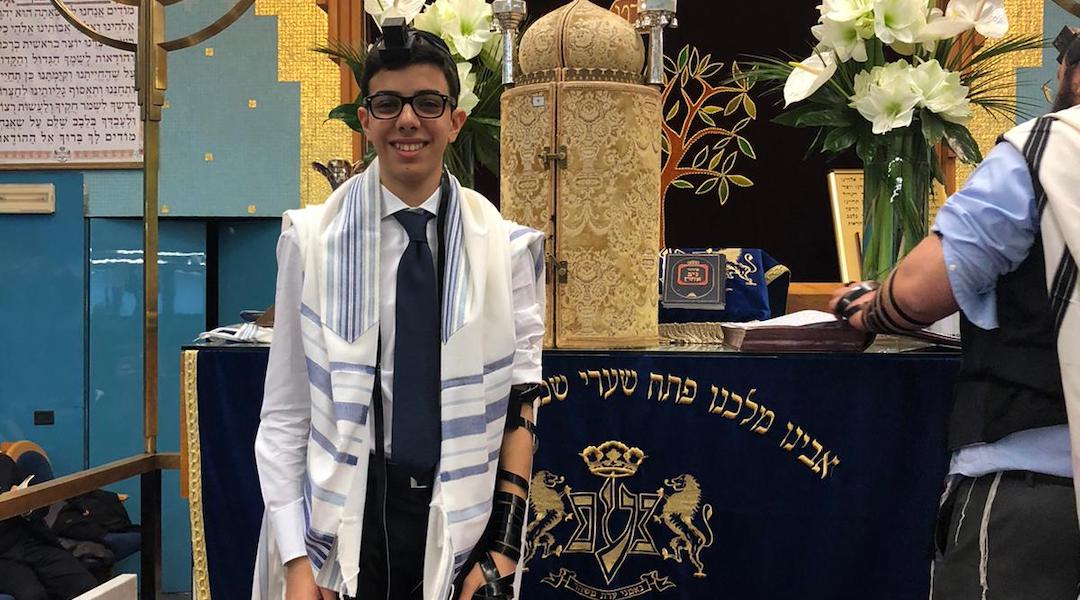 Ruben Golran has had an outpouring of support since word spread about how the Milan teen had to curtail his bar mitzvah celebration because of the coronavirus. (Courtesy of the Golran family)
Advertisement

(JTA) — Aboud Dandachi isn’t Jewish. Or Israeli. Or Italian. Or sick with coronavirus.

He’s a Muslim from Syria living in Canada.

But when he read the Jewish Telegraphic Agency story about an Italian boy whose bar mitzvah was curtailed because of the rapidly spreading virus, Dandachi responded in a way he figured Jews might appreciate: He donated $18 in honor of Ruben Golran to the Canadian branch of the Jewish National Fund to plant a tree in Israel in the teen’s honor.

“This is what I know how to do,” said Dandachi, 43, of Toronto. “I’ve had friends in Canada, Jewish friends who have children, and they seem to appreciate it. That’s how I know how to commemorate such an occasion.”

This is far from Dandachi’s first encounter with Israel.

After fleeing Syria as a refugee in 2013, he has been an outspoken supporter of Israel and its prime minister, Benjamin Netanyahu. Dandachi, who moved to Canada in 2017, even supports Netanyahu’s plan to annex parts of the West Bank. An IT specialist by profession, Dandachi founded an organization called Thank You Am Israel in appreciation of Israeli efforts to aid Syrian refugees.

“Love” Netanyahu? I adore the man, greatest leader in the Middle East. Helped wounded Syrians when no one else would, and while leftist filth were happy to see Syrian civilians butchered by your beloved Assad. Oh yeah, “regime change”, innit?https://t.co/F2rOB90jC2

Ruben’s bar mitzvah in Milan last week was supposed to have 600 guests. But Milanese authorities banned large public gatherings due to the spread of coronavirus in northern Italy, so the celebration became much smaller.

His father, Elia, told JTA that he has been moved by the response to his son’s predicament. In addition to Dandachi’s gift, Golran heard from a Jewish person in New York who plans to send a painting to the family in honor of the bar mitzvah.

“I was in tears next to my computer,” Golran said. “To see that there’s a Muslim from Syria who donated a tree in our land, you understand that this is something special, special, special.”