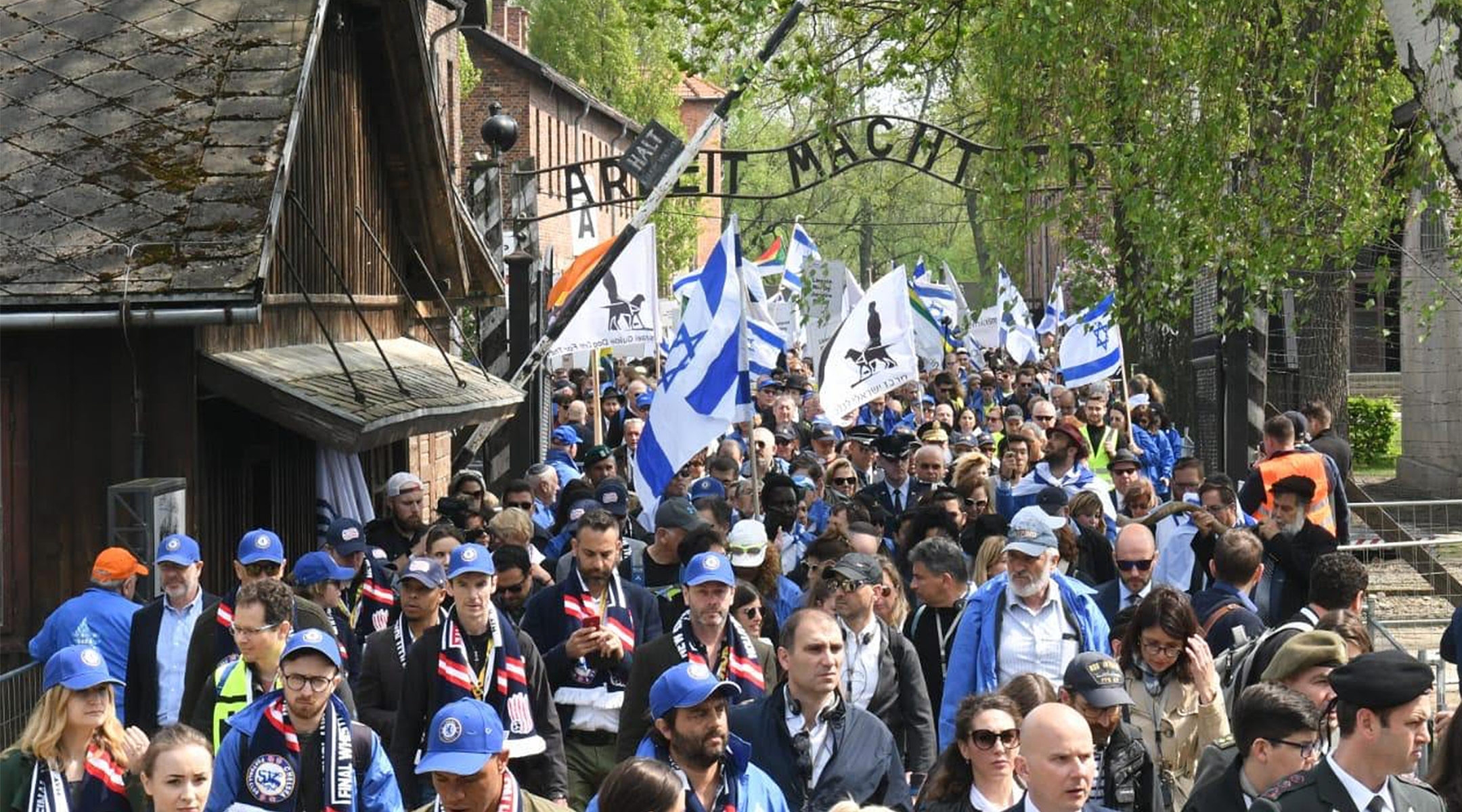 (JTA) — Organizers of the March of the Living insisted that the annual international commemoration in Poland was on course for April despite the cancellation of some delegations over coronavirus fears.

On Thursday, following the discovery of the first confirmed case of coronavirus in Poland, the ORT school in Lyon, France, announced it would not send its members to the event, which is scheduled for April 21 at the Auschwitz-Birkenau State Museum.

“We’re sitting out this year because of the situation around the virus,” a spokeswoman for the school told the Jewish Telegraphic Agency.

She said she believed the entire French delegation would not attend this year.

The March of the Living brings together thousands of participants, many from Jewish schools and youth movements, from more than 20 countries to Auschwitz on Yom Hashoah, Israel’s day of commemoration for Holocaust victims. Each country delegation is comprised of smaller delegations from various organizations.

A spokeswoman for the Unified Jewish Social Fund, which organizes the French delegation, confirmed “there have been cancellations.” She declined to say whether the delegation had been canceled outright.

Israel will not be sending a delegation this year as per the decision of its Education Ministry, according to a spokeswoman for Shlomit, an Israeli association representing members of national service groups.

Aharon Tamir, the march’s deputy world chairman, wrote in an email to JTA: “For now nothing has changed. We’re looking at the developments and will decide on the ground according to their implications. There’s no certainty in either direction and we’re hoping for the best.”

He said he expected to make a statement next week.

The British delegation likewise declined to give a definite answer on its attendance when contacted by JTA, while a spokesperson for the German group said it “does plan to go for now, although of course we might cancel if there’s an outbreak in Poland.”

The Australian and U.S. delegations did not immediately answer an email with questions on their intentions to attend. The Canadian group said Thursday that it was coming as planned.

The delegation from Italy, where more than 2,000 have been infected, especially in the north, may be barred from entering Poland even if it decides to attend. Polish authorities are not allowing in people from northern Italy, said Davide Romano, the director of Milan’s museum for the Jewish Brigade.

The Auschwitz-Birkenau State Museum in a recommendation earlier this week said that “travel agencies and organizers of trips to the Memorial to desist from the arrival of people from places found to be infected.”

Tens of thousands have been infected globally since the December outbreak of the coronavirus in Hubei province, China, and cases in more than 50 countries have resulted in thousands of deaths.

Sam Rosenberg, a former organizer of the March of the Living’s Australian delegation, said he believes the event should be canceled.

“It seems irresponsible,” he said. “The delegations have physicians but they’re capable of treating injuries, not pandemics, in a country like Poland.”